Zibby Tozer, without much of a wish list, went house hunting upstate with her husband, Jim, back in 1986. “I did want an old house, maybe foolishly,” Zibby says. Even aware that old houses can be more work and worry than a newer one, still, she was looking for romance, and that’s what she saw at Uplands Farm. She has been romancing the 150-acre property in New York State ever since.

The main block of the house was a rather grand example of the typical Victorian manse: imposing with its severe lines and tall mansard roof. It had the blessing of being cool in summer yet warm in winter. On the down side, rooms inside were depressingly dark. As a designer, Zibby knew what to do: she added low wings to either side with plenty of windows and an expansive porch. Sunlight poured in and at the same time the family was coaxed outdoors. She looked for more destinations to build into the garden, moving judiciously, because the last thing she wanted to do was lose the farming flavor of the place. Gardens were always on her priority list.

Zibby had been city-centric for a long time, but her father was a passionate gardener. When she was growing up in Ohio, she’d watched him fiddling with the soil, but she herself needed to brush up on the basics before digging in. “I spent hours poring over books,” she recalls. Dutifully, she amended the soil and double-dug the beds, before personally drawing out plans and going plant shopping. Perhaps mercifully, Zibby had been given a blank canvas; there was hardly a flower to be seen. But she insisted on keeping with Victorian ideas of gardening—not foundation shrubbery, but rather well managed flower gardens and plenty of architectural structure.

At the same time, her goal was to create gardens that felt casual rather than grand. “Basically, this was a farmhouse,” she says. At first, she upheld a “no shrubs allowed” policy in new gardens she packed with flamboyant perennials selected for their blowsy flowers in a color range of blues, pinks, and corals. Foxgloves, delphiniums, lupines (which did not perform as hoped) felt appropriate to the time and place. Zibby was formerly a florist who started an order-by-phone cut-flower business, followed by two flower shops in New York City. She had a flower designer’s strong opinions about colors allowed in her beds: “No purple,” she declared. But she gradually loosened her “no shrub” rule. When one partner in a pair of potted topiaries died, she installed the green widow in a perennial bed. The whimsical result started a tangent of spirals and cloud-pruned conifers that now crop up in various areas. Those coniferous accents have become a signature of Uplands Farm.

Zibby designed gardens around a pool and sprinkled perennial borders behind the house. The round Romantic Garden came later, with a magical purpose. With the idea of helping her daughters find suitable husbands, Zibby decided to enlist unabashedly romantic flowers to set a mood, and had great fun playing with the concept. Love-in-a-mist, bleeding hearts, and thyme (“because love takes thyme”) became part of the scheme with astilbes, Solomon’s seal, and iris added in. Zibby sat on the board of the Horticultural Society of New York for many years, and was asked in 1996 to chair the New York Flower Show, arranging an auction of garden gates. After the auction, two remained unsold, and she purchased them. One, with a ball and chain, is the white gate by Charles Stick that now stands sentry at the edge of the Romantic Garden. The other is a stunningly blue gate with a Moorish arch, designed by Madison Cox. Zibby asked Cox to design a pair of loveseats to match the Moorish gate. Their cobalt paint led to a flamboyant blue and yellow color scheme for the flowerbeds.

Benches are everywhere on this property. Anywhere someone might be tempted to sit, a bench is there—with a vast array of creativity displayed in wicker, wood, and iron. There are Chippendale designs and curvy Lutyens benches. Taken together they lighten the mood of the severe Victorian house, putting a smile on the place.

Meanwhile, other projects were underway—including the pool folly that Zibby designed herself. “I needed a structure and saw a picture of the pool house at Kykuit, the Rockefeller estate.” She based hers on that pavilion. Then she designed a jewelbox-shaped conservatory to add more light to the house; it serves as a place to hold dinner parties. Swayed by the agricultural past of Uplands farm, Zibby fell for two miniature ponies that a breeder brought over for a party. She adopted them, which jump-started a collection of diminutive livestock including miniature donkeys and miniature sheep.

At any rate, the Romantic Garden apparently worked its magic. For a daughter’s wedding, Zibby had a series of latticework archways installed. They link livestock paddocks to the property’s only kinetic structure, a windmill. Zibby trained ultra-hardy ‘William Baffin’ climbing roses and clematis on the arches. Her next move also tempted fate into her family’s lives: Before any grandchildren were on the horizon, Zibby moved a playhouse onto the property. Grandchildren eventually happened and make constant use of the playhouse, which has a scaled-down garden out front.

Uplands Farm never stops changing. “As a gardener,” Zibby points out, “I see things evolve every year.” Yet through all its transformations, the additions and the gardens, Zibby Tozer lets the 1855 Victorian Second Empire farmhouse guide her next move. The roots here are definitely intact. 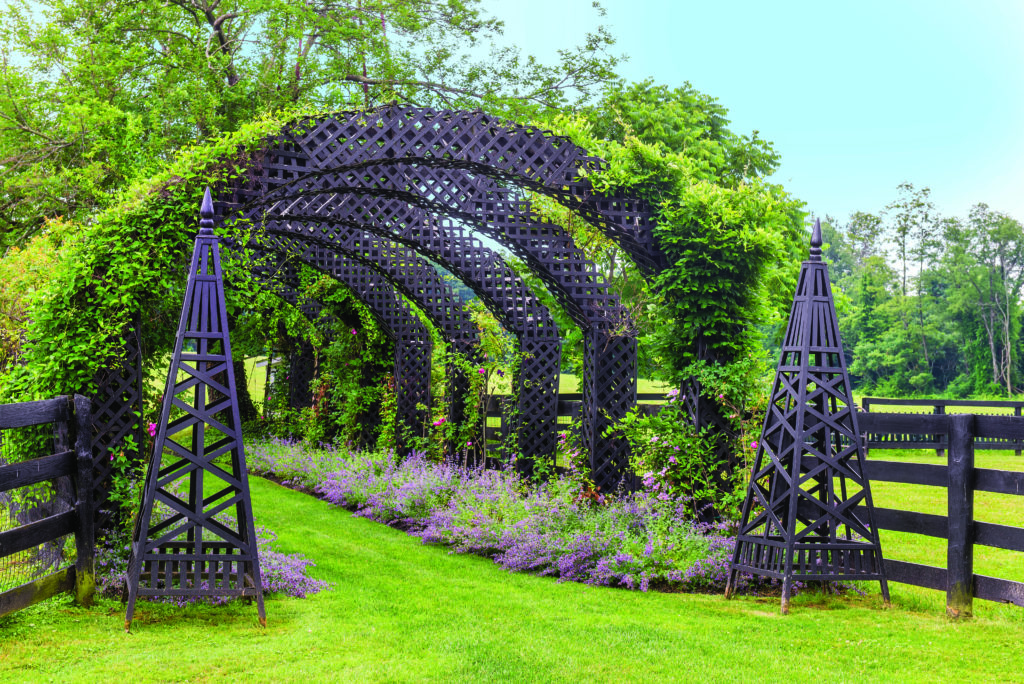 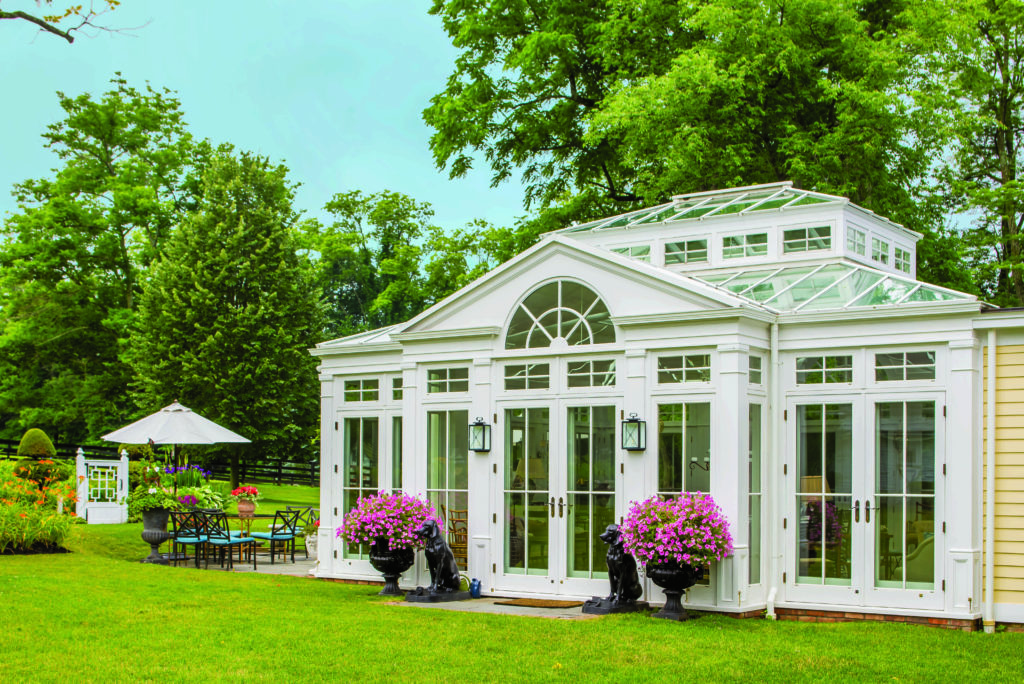 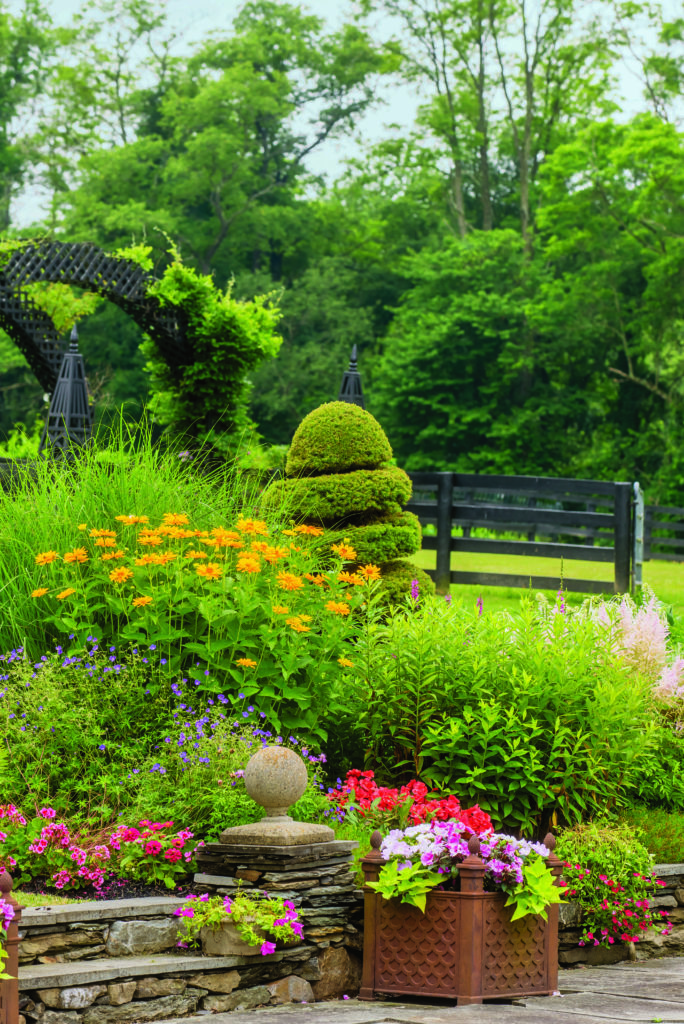 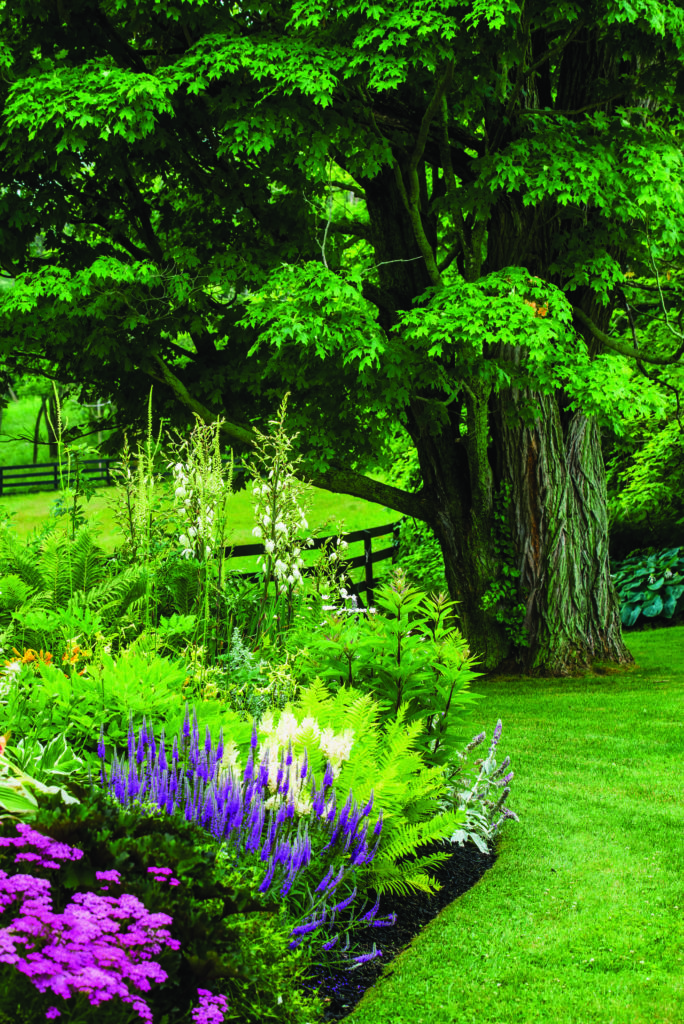 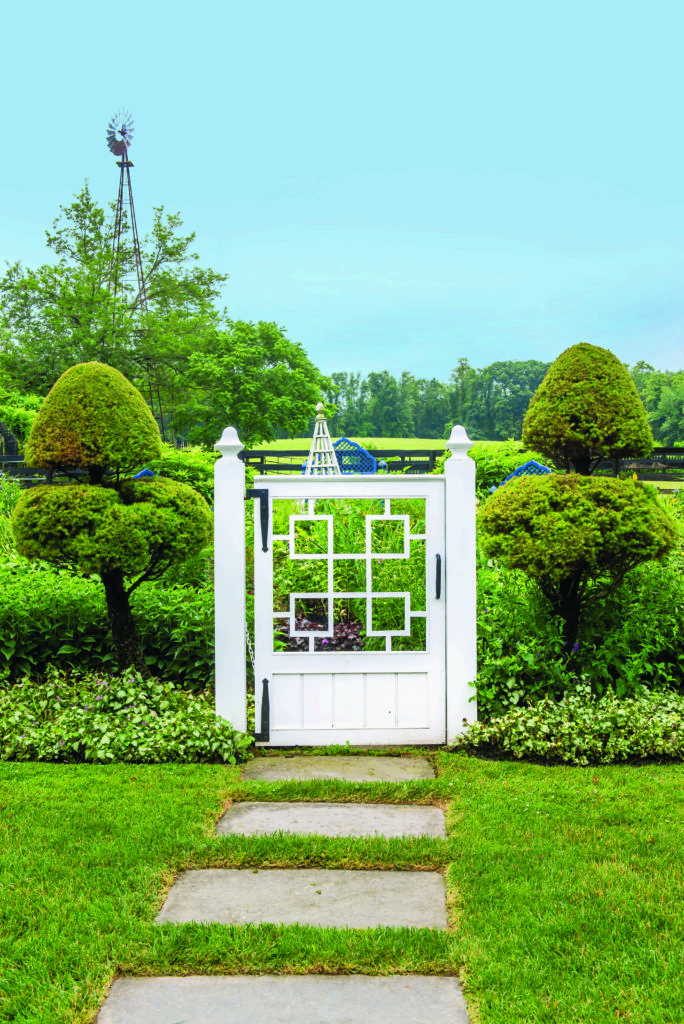 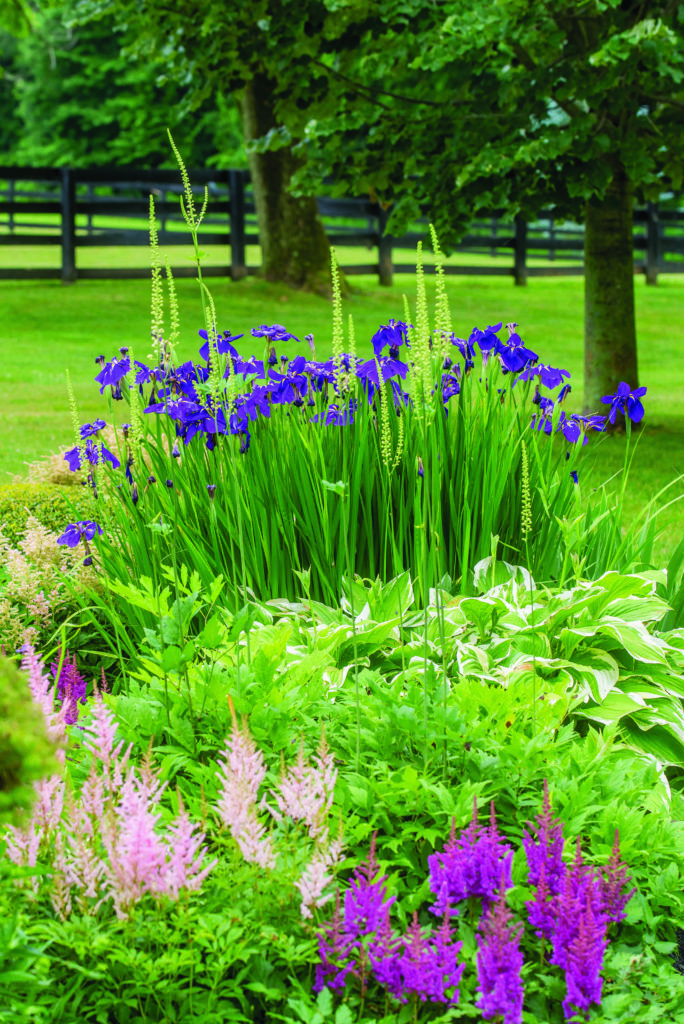 Softening a once severe Victorian house

“There wasn’t a flower on the place, save for a few naturalized daylilies,” says Zibby Tozer about the rather dour Victorian farm property she took on. Her own approach was very different from the trend in the 1980s and ’90s, when shrubbery and foundation plantings were touted. But “I didn’t want the house to lose identity with its history,” Zibby says. And that meant not foundation plants, but rather flowers in a garden sprinkled with raised beds and borders.

Tying the large, boxy house to the landscape is a new conservatory, inspired by 19th-century designs in England and America. The Uplands Farm version has glass doors all around and a glass belvedere, plus a working fireplace to keep it cozy year-round. Another addition near the house: a pool pavilion that’s a garden folly inspired by the tea house at Kykuit, the Rockefellers’ Hudson Valley landmark.

Uplands Farm is part of the Open Days Program for The Garden Conservancy. To learn more, go to gardenconservancy.org.