The form of a roof tells something of the region and its climate, local building traditions, and even architectural style. Early roofs seem picturesque to us today. Besides the simple gable and its variants, used everywhere with a steep or low pitch, we find double-sloped gambrels in both English and Dutch enclaves, the self-descriptive saltbox from Cape Cod to Ohio, the bow roof, and the Flemish eave. If more people took note of roof morphology, we’d have less remuddling and fewer heinous additions.

Bell roof A roof that, in cross section, is shaped like a bell. The term is most often used for the curved caps on cupolas and Queen Anne-style towers.

Colonial Dutch The word “Dutch” was used imprecisely to mean French–Belgian Huguenots, settlers from the Low Countries, and even Germans (“Deutsch”)—in other words, non-English settlers. Some, though not the majority, of the houses built by the Dutch had gambrel roofs. Those with a flared eave were introduced by French Huguenots and Flemish settlers in a limited geographic area.

Dutch Colonial It’s the popular term for houses ca. 1900–1940 that have a symmetrical façade and gambrel roof.

Flared eave describes the lower end of a steep roof that gradually diminishes in slope, projecting beyond the face of the exterior wall. The overhang once protected soft mortar. In later examples, the flare may extend to create a porch-like projection supported by columns. It is the flared eave or “kick” that is often called Dutch (as opposed to examples of straight gambrels). 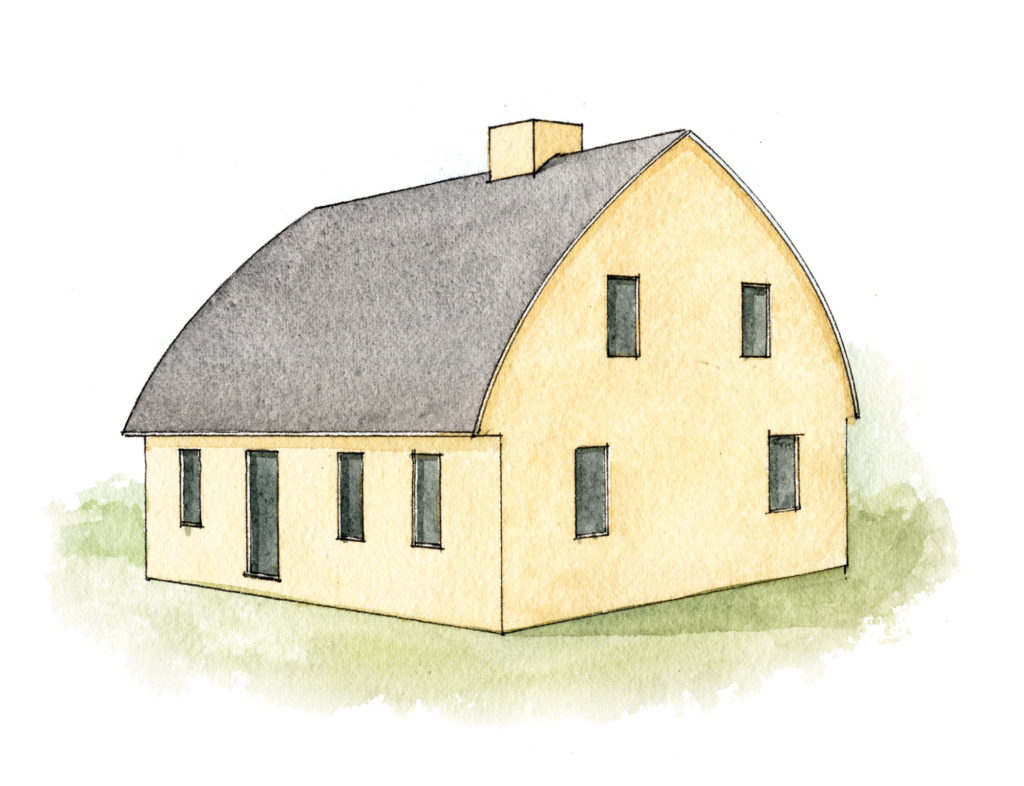 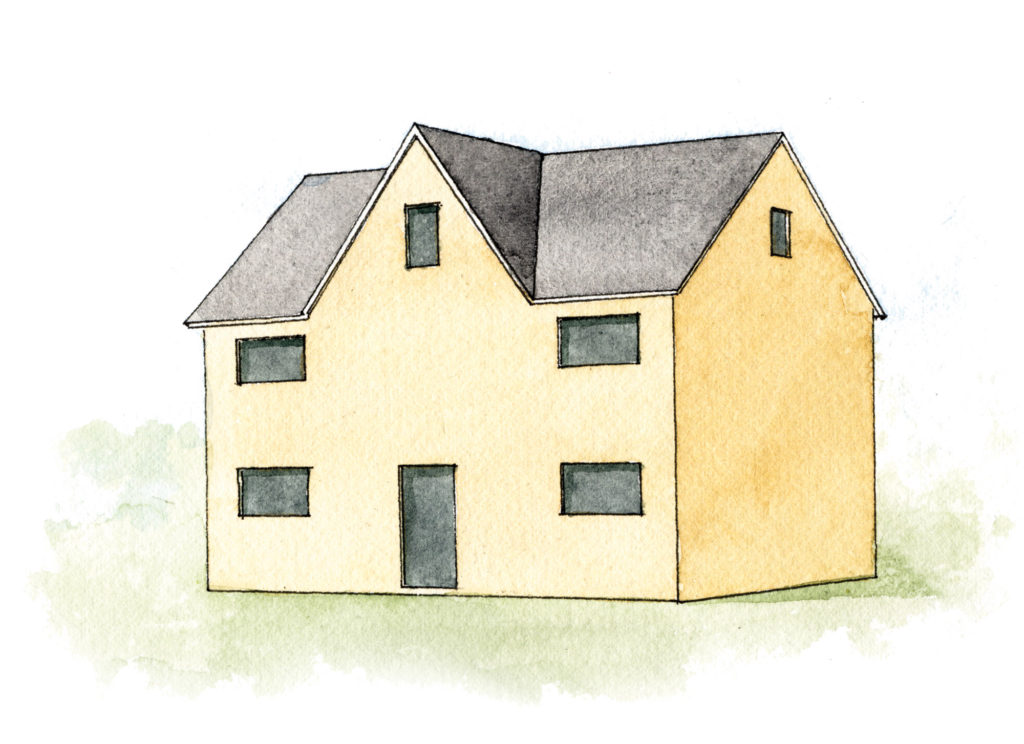 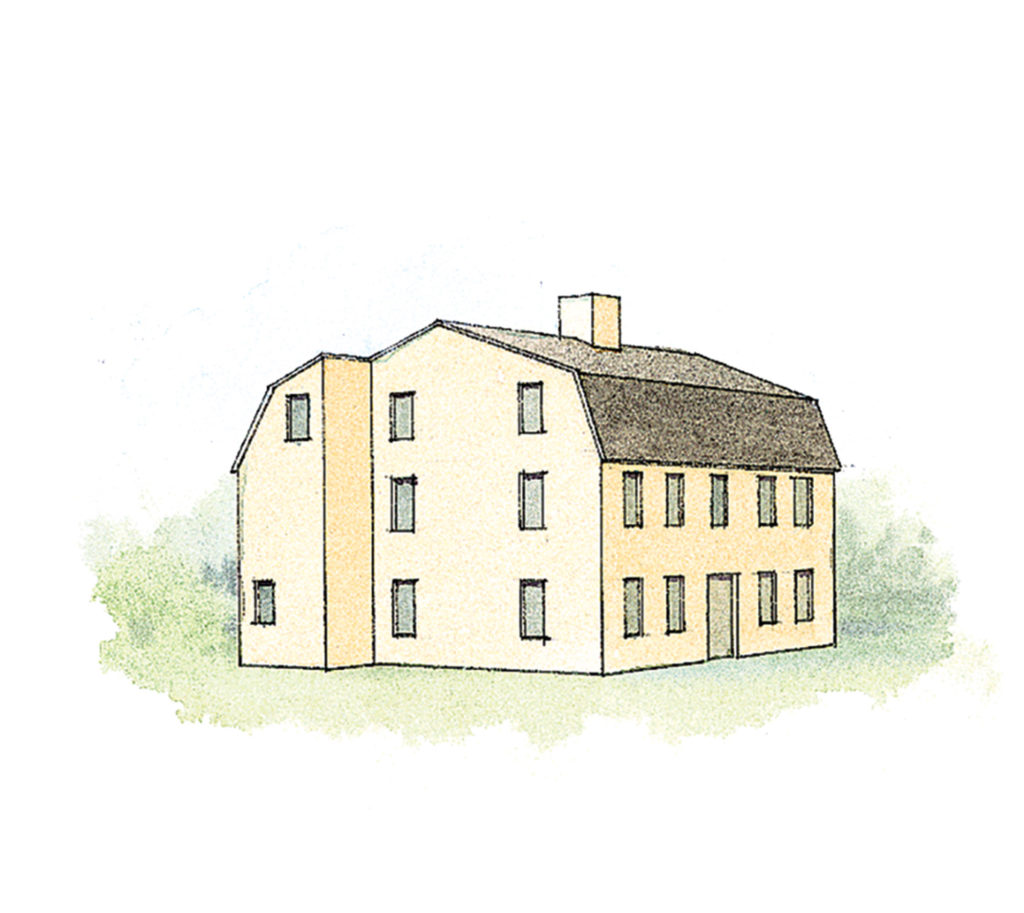 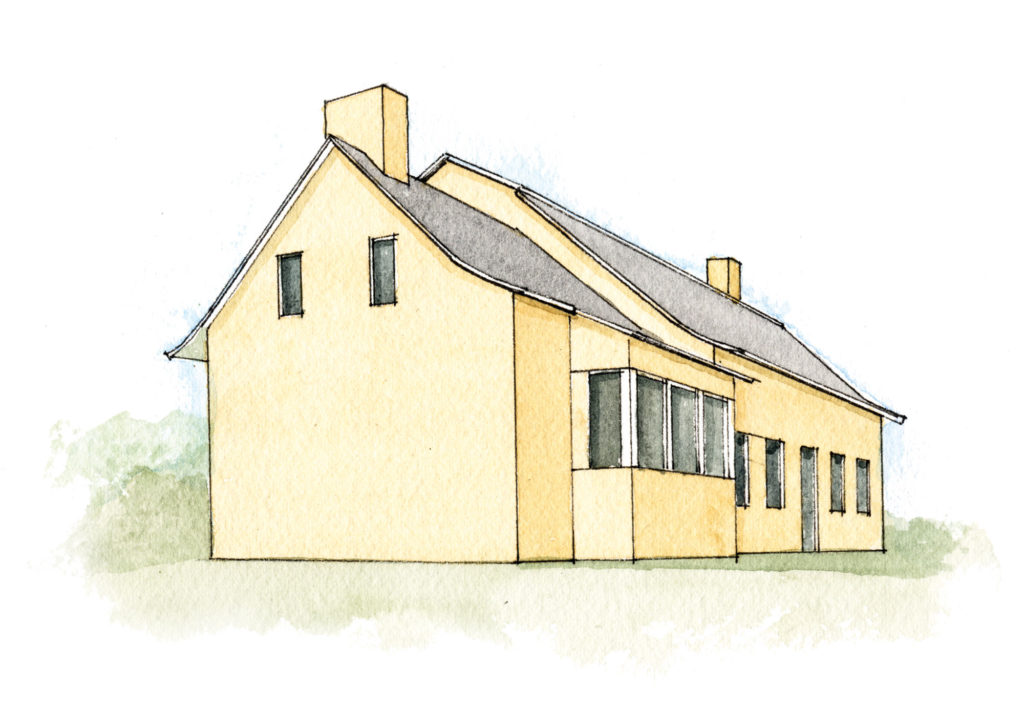 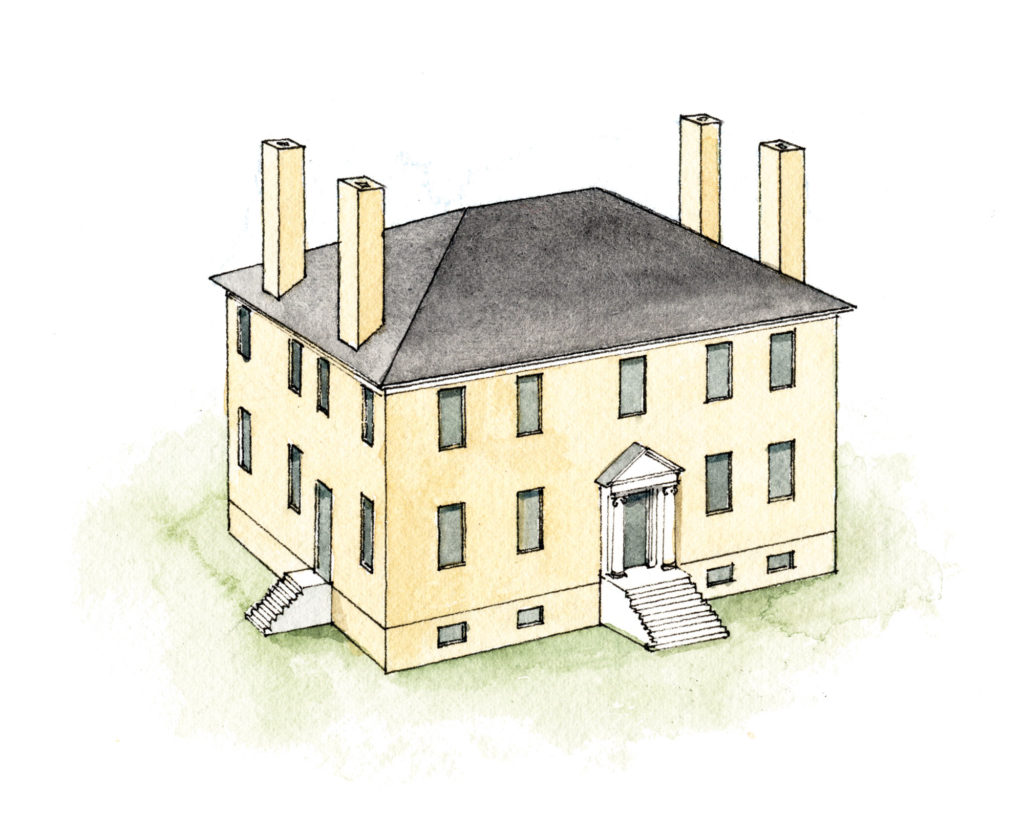 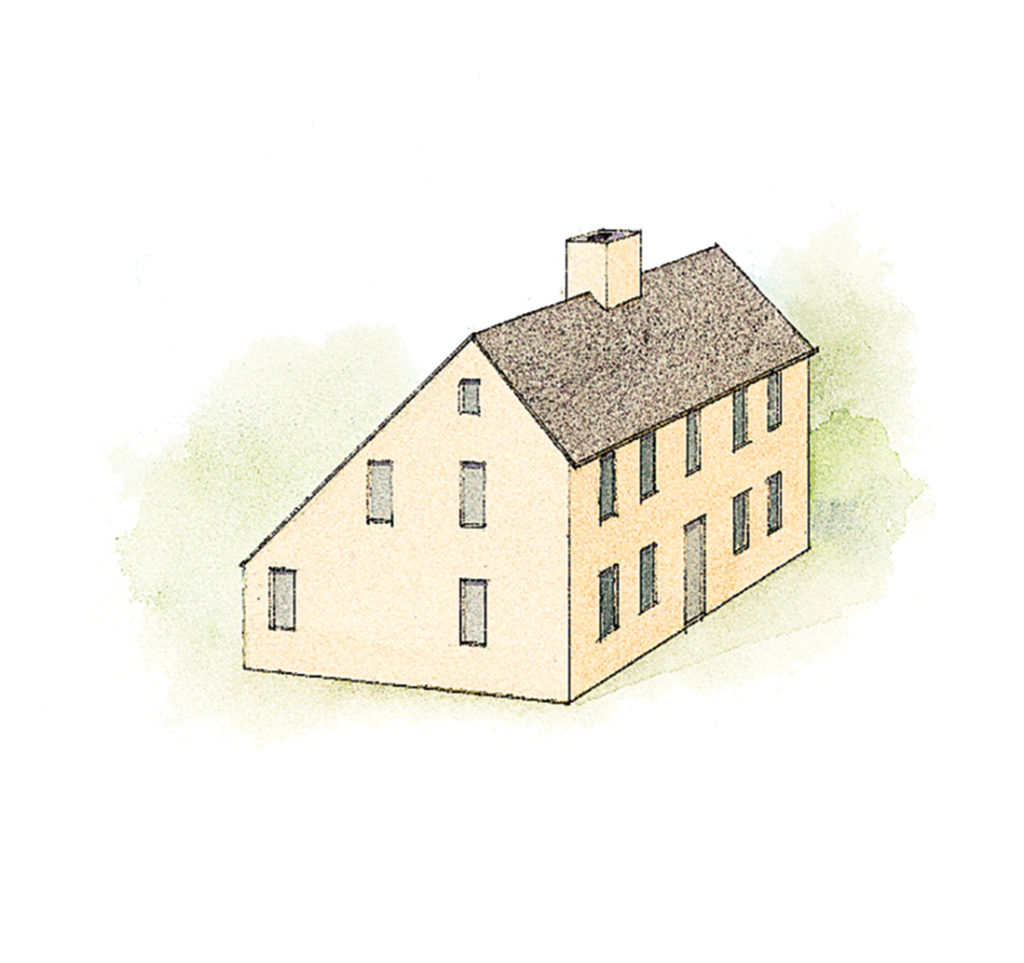 Flemish Relating to Flanders, which comprised parts of northern France, southern Belgium, and the Netherlands (Holland).

Gambrel describes a two-sided, usually symmetrical, roof with slopes on each side. The upper slope is shallow and the lower slope is steep. Gambrels shed water and snow while allowing attic headroom. Gambrels were popular from the late 1600s until about 1810, even longer for barns. Some Shingle Style houses also have gambrels.

Mansard is another double-sloped roof type, historically with a near-flat deck above steep sides that may be convex, concave, straight, or ogee. The name comes from 18th-century Paris architect François Mansart.