If you live in a traditionally styled home, chances are that you have an appreciation for history. But while many people know, at least generally, that the Doric column in your dining room derives from ancient Greece, or that your Arts and Crafts bungalow is the product of a popular movement against industrialization in the late nineteenth century, most people don’t realize there is an equally rich and extensive history to be found outdoors.

Take for instance, the yew, so ubiquitous in American landscapes that “common” is part of its moniker. Few appreciate that the yew is actually one of the oldest plant families extant on the globe. The ten or so modern members of the Taxus genus can trace their roots back to fossils found in rocks of the Triassic Period, 200 million years ago. Surviving eons of tremendous climatic changes, the mighty yew reached its peak just after the last Ice Age, when European forests consisted primarily of giant yews. Then along came man. Just when our association with yews started is unclear, but as far back as the dawn of history yews were worshipped for their great size and age, becoming associated with death and rebirth in several cultures, including that of the Greeks, Romans, and Celts. This connection with death is not without cause: the plant’s botanical name, Taxus, comes from the Greek taxon, or toxin. Almost every part of this plant is poisonous if consumed. The Romans used the yew in their burial rights, and the Celts planted yews, often in circles and groups mimicking their stone constructions, to mark holy sites. It’s interesting to note that many of the ancient yews that today so picturesquely dot English churchyards may actually predate the Christian buildings now surrounding them, having previously marked the spot of primeval pagan rituals. As a matter of fact, this past summer, I visited the Fortingall Yew in Scotland. Dominating one corner of the church burial ground, it’s estimated to be 3,000 years old.

Or how about that spring favorite, the lilac (Syringa vulgaris)? 500 years ago, there wasn’t a single one growing anywhere in Western Europe or North America. Lilacs first enter our horticultural lexicon when the Austrian ambassador noticed the very first recorded specimen growing in the Constantinople garden of Suleiman the Magnificent. He brought a cutting home with him to Vienna in 1562, and within just a few years the plant had a wide following among the horticultural cognoscenti of Europe, revered for its scent. Within a century lilacs were everywhere—including in pots on decks of sailing vessels heading for the New World, and later still, in covered wagons heading for the American frontier. So beloved, in fact, was this shrub that sociologists still use the lilac to track migration patterns across the West. Long after farm structures have turned to dust, ancient clumps of lilac still thrive to mark the spot of former homesteads. 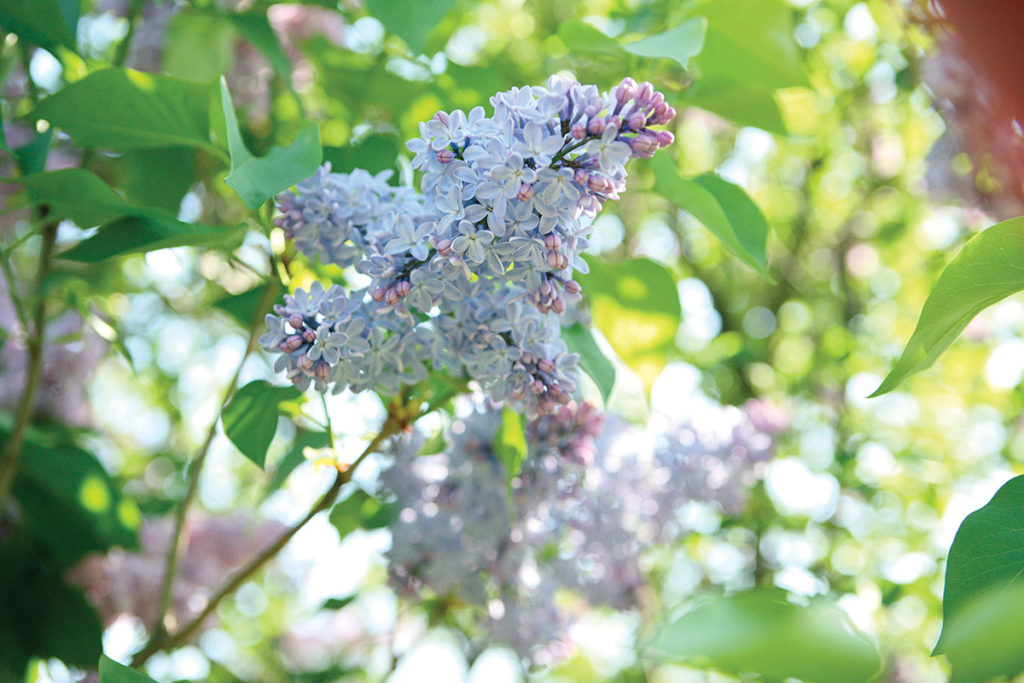 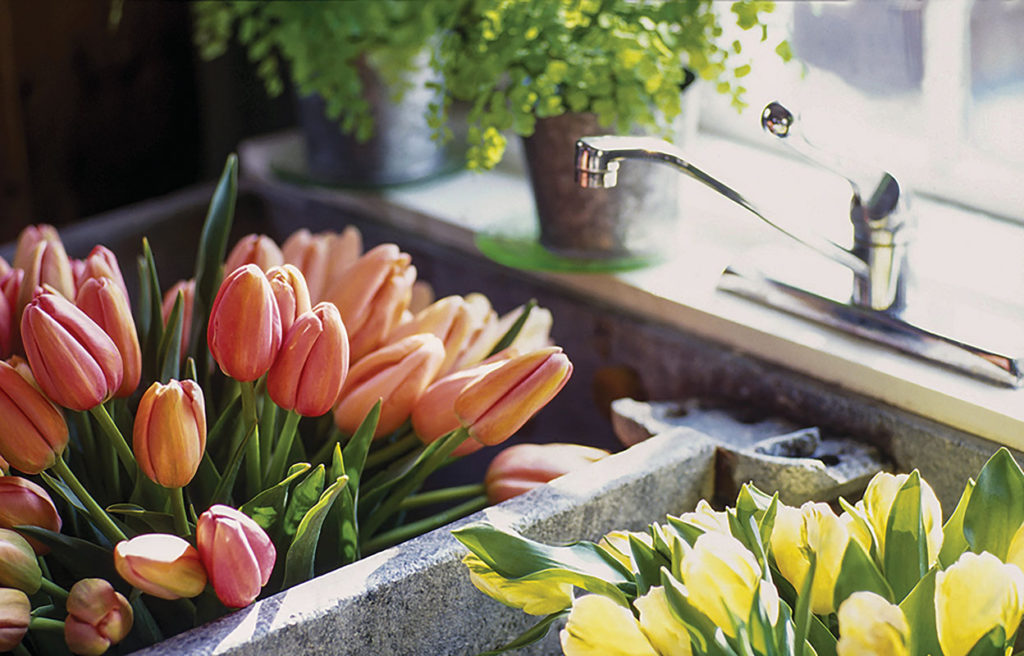 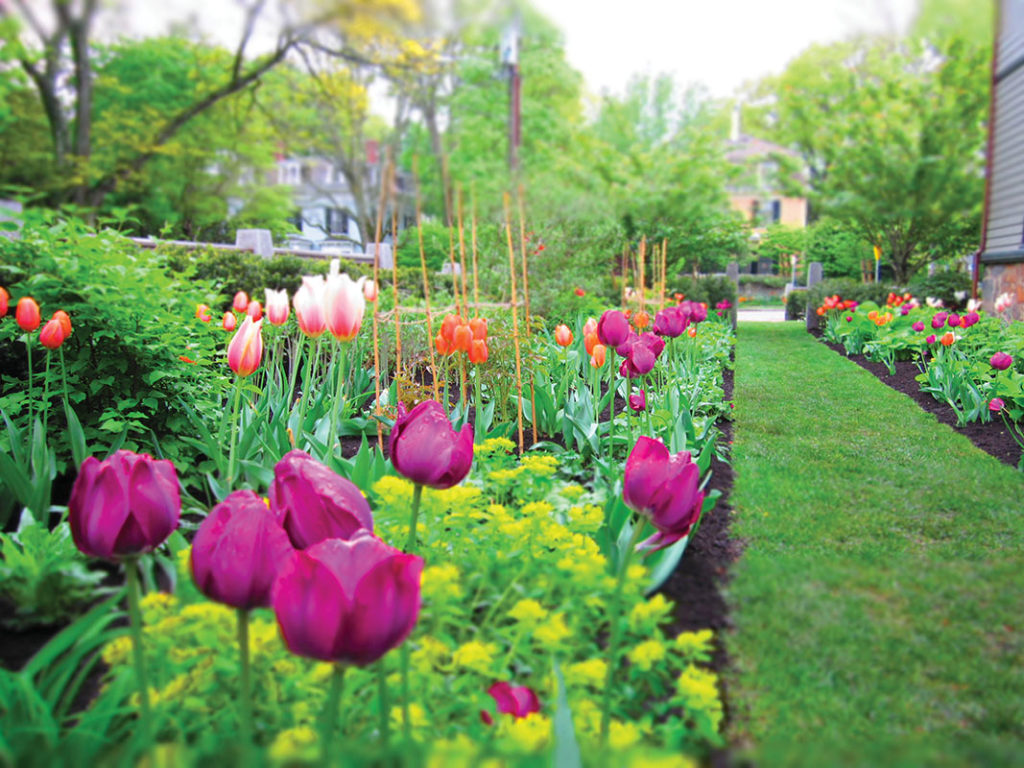 But even the lilac loses to the boxwood in terms of sheer garden staying power. Common box (Buxus sempervirens) has been in Western gardens so long that there is some doubt as to where the plant was originally native. Certainly its origins lay in somewhere in continental Europe, but the plant was so much admired by the Romans that they very quickly spread it to the four corners of their Empire. Their principal interest in boxwood was for making topiary, a common feature in Roman gardens: easily sheared, box was more than likely the principal component of most of these elaborate living sculptures.

With the fall of the Roman Empire, and with it the collapse of ornamental gardening, the cultivation of box was neglected, but the hardy little shrub simply shrugged off the loss of its more formal surroundings and escaped back into the countryside, waiting for civilization to return. And return it eventually did: the “rediscovered” boxwood became the dominant feature in many Tudor gardens, with the inevitable backlash such horticultural monopolies often inspire. Complaining that the gardens of the day were “stuffed too thick with box,” many landscape designers of the late eighteenth- and early nineteenth-century ruthlessly ripped out centuries old parterres and other box patterns, to be replaced with more “modern” shrubs and flowers. Once again the durable boxwood just shrugged off these changes in garden fashion: it was far too valuable and useful in the garden to be banished for very long, and sure enough, by the early twentieth-century, boxwood had made a triumphant return to European gardening scene, where it remains extremely popular to this day.

Fascinating stories like this abound: the dahlia for instance was first imported from the New World as a potential food source, like the potato. (Never mind that it tasted like aspirin.) Tomatoes were once thought poisonous and used only for decorative plantings. The chrysanthemum was so revered in Japan that only it could only be grown with permission of the Emperor, on pain of death. The merry daffodil, that cheerful harbinger of spring, was considered by ancient Egyptians to be the flower of death, and in fact, every part of it is poisonous. Tulips (another Turkish import, like the lilac) became so prized by the Dutch in the early seventeenth century that rampant speculation in bulb futures caused a nationwide economic collapse…and on, and on.

So next time you’re in a historical mood, you might find it worthwhile to “dig” a little deeper into background of some of the plants that surround you. You’ll find fascinating tales of explorers, adventurers, scientists saints and scoundrels—all right there in your own backyard.