The Willowwood Arboretum comprises 130 acres of former farmland in Far Hills, New Jersey. The old farmhouse and its outbuildings are surrounded by delightful surprises: an old-fashioned cottage garden, blowsy and asymmetric; a formal garden at the rear; a rockery and a rose garden; and walkways through woodland and meadow. There’s so much to take in, whether your interest runs to “grandmother’s garden,” Mediterranean or Colonial Revival formality, specimen trees, or naturalized landscapes.

Two brothers then living in New York City, Henry and Robert Tubbs, went looking for a country place in 1908. Disappointed with an ostentatious estate they were shown, Hal commented that he wanted a house like the one at Paradise Farm—an old frame house near a stand of weeping willow trees. They bought the property and renamed it Willowwood Farm. The brothers and, later, Henry’s adopted son, Dr. Benjamin Blackburn, spent decades improving the landscape, adding gardens and cultivating over 2,000 kinds of native and exotic plants. The brothers made some changes to the house in 1908. The portico later was made over in Colonial Revival fashion. In the 1930s, a Lord & Burnham conservatory was added, featuring Moravian tiles, a gift from family friend Henry Mercer, the renowned Pennsylvania tile-maker of the Arts & Crafts period. (Furnished with Tubbs collections today, the house is occasionally opened to the public.)

Close to the house, gardens are designed to complement and extend the architecture. The view from the front door takes in the wrought-iron gate and the Cottage Garden. From the back door, visitors look down the center axis of Pan’s Garden. Based on a Persian prayer rug, the design of this garden has plants forming a living tapestry. The formal design plays with perspective. Conical boxwoods frame a bust of the Greek god Pan at the end of the garden; a pathway between two rectangular planting beds narrows as it moves away from the house, giving the illusion of more depth.

Other core gardens include the Rosarie (unusual with its Mediterranean inspiration and hot flower colors), the Chive Walk, and the Rockery. Outside the core, clockwise from the front of the house, are planted a winter garden, a lilac collection, an orchard, a bee meadow, and a hillside pasture. The Woodwalk crosses a brook in several places. Trees include oak, maple, willow, magnolia, cherry, fir, pine, and a Dawn Redwood (Metasequoia) nearly a hundred feet tall. Several picturesque barns and an old Puddingstone cottage are also extant on the property.

In 1960, Dr. Ben Blackburn and Russell W. Myers, a landscape architect and Secretary Director of the Morris County Parks Commission respectively, established the Willowwood Foundation to protect the property in Far Hills, New Jersey. The public has enjoyed these beautiful gardens and meadows since 1980. The Foundation continues to support restoration of the Arboretum, along with maintenance and plantings.

Creating a guided tour by cell phone was a recent initiative undertaken by the Willowwood Foundation and the Morris County Parks Commission. Visitors dial up the walking tour; at each stop, a short audio clip gives highlights of the major gardens and buildings.

The Arboretum is free and open to the public, 8:00 a.m. until dusk, every day of the year. The gardens are a delight from spring through fall. In the winter, the Ornamentals Collection showcases evergreen and deciduous plants that have interesting fruit or bark, or a picturesque branching habit. For more information, go to willowwoodarboretum.org 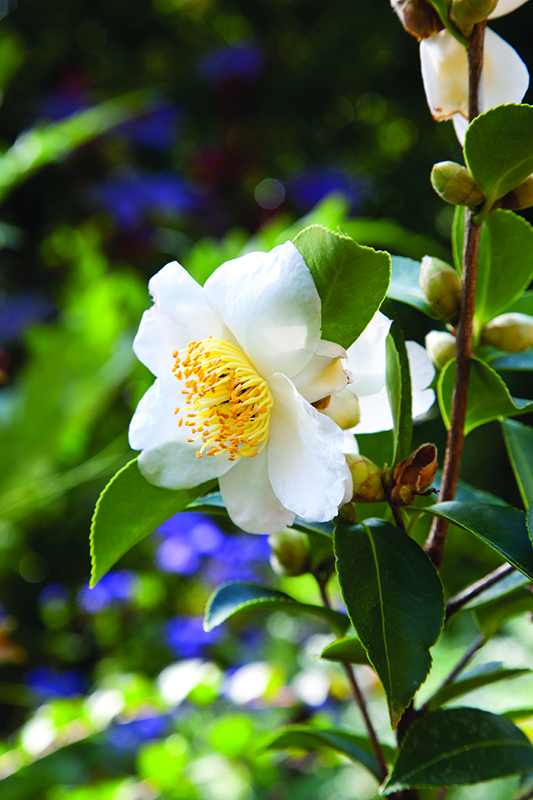 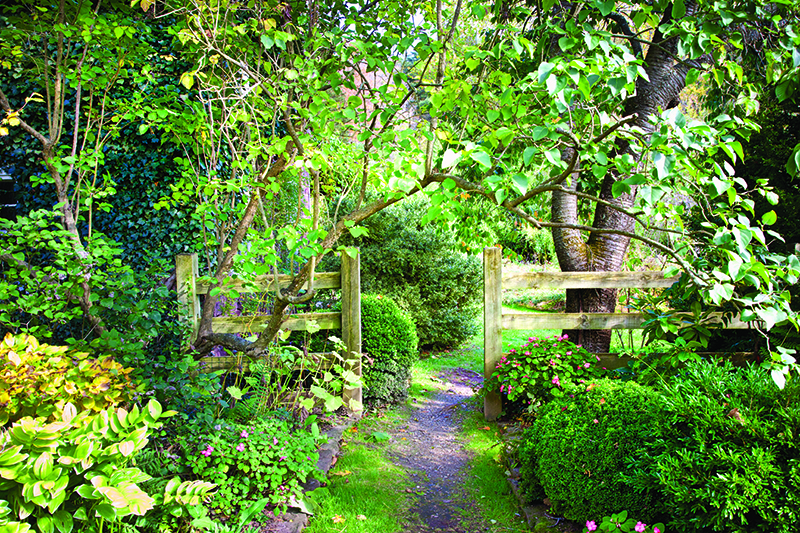 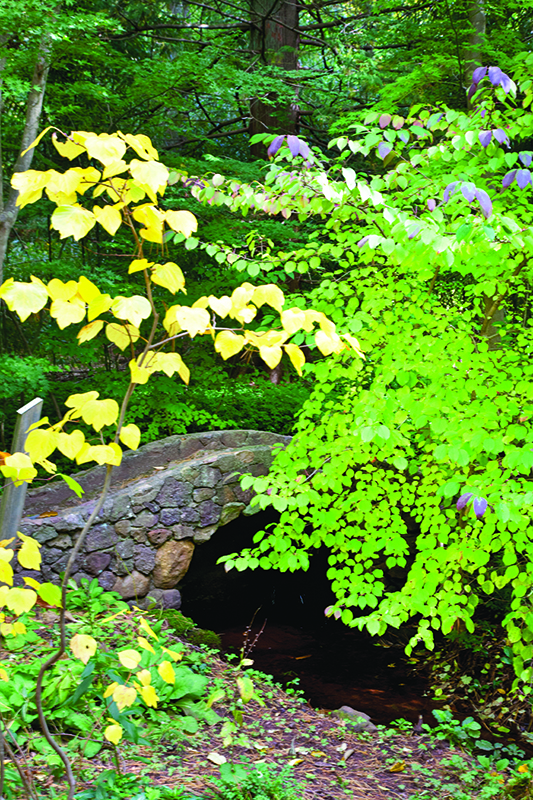 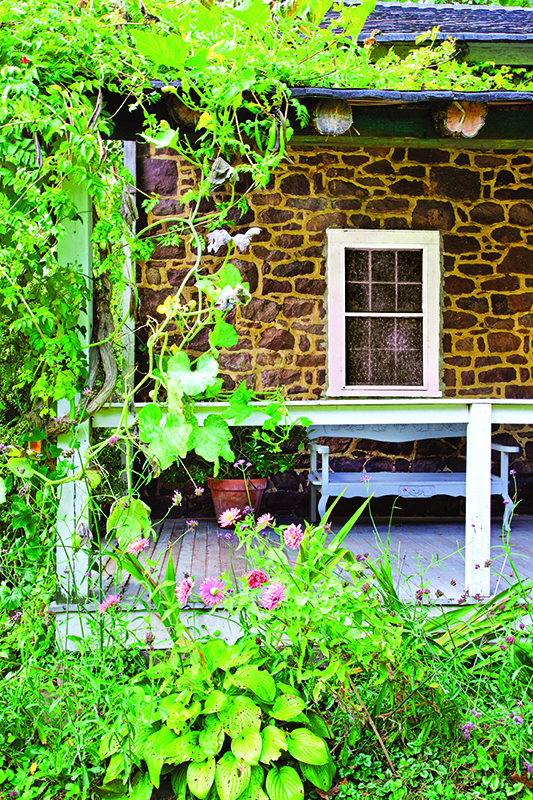 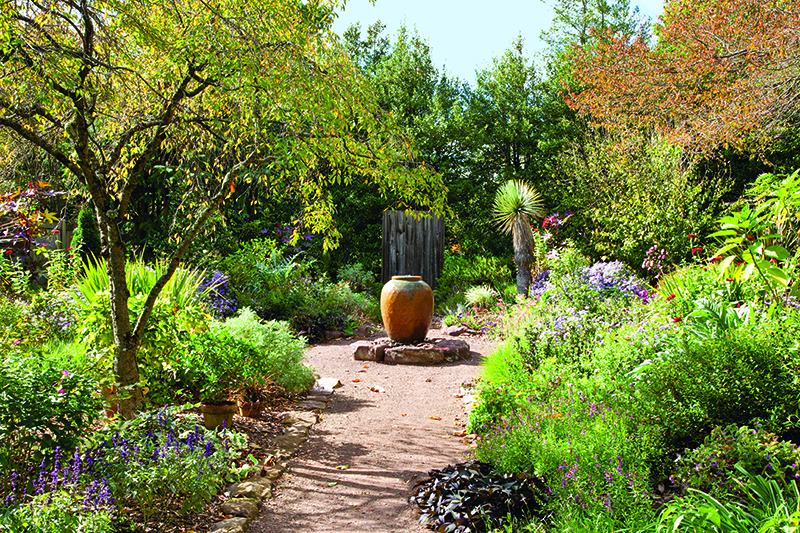