Old houses endure, but not so much the porches that give them character. Left unpainted, even first-growth millwork will eventually splinter and rot, especially if it’s been fancifully scroll-cut. So if your porch is in good shape, count yourself fortunate (and keep a paintbrush handy). For those longing to re-create a period porch, you’re in luck: Recent innovations in building materials make it possible to hit all the architectural high notes—often without requiring the kind of skilled construction that’s been hard to come by since World War II.

Components like chamfered porch posts and spindle-and-rail balustrades, long milled from lumber, are now also available in second- or third-generation composite materials that offer some real advantages over wood. Among them are offerings like Fypon’s synthetic QuickRail system. It comes with all the parts for a section of balustrade: top and bottom rail, square spindles or turned balusters, brackets, and screws. The rail kit attaches easily to the maker’s QuickPost kit, or to an existing post or column.

For enclosed and screened porches, several companies offer porch systems, wherein period-friendly panels are installed within a framework. Typically, the panels accept both screens and storms, so they offer the potential for three- or even four-season use. Vixen Hill’s cedar system is designed like their screen/storm doors, with screen and tempered-glass inserts. 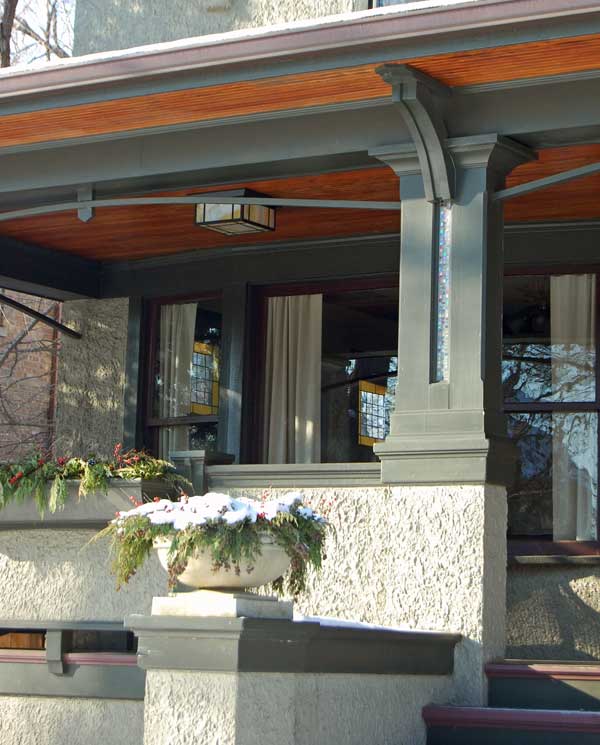 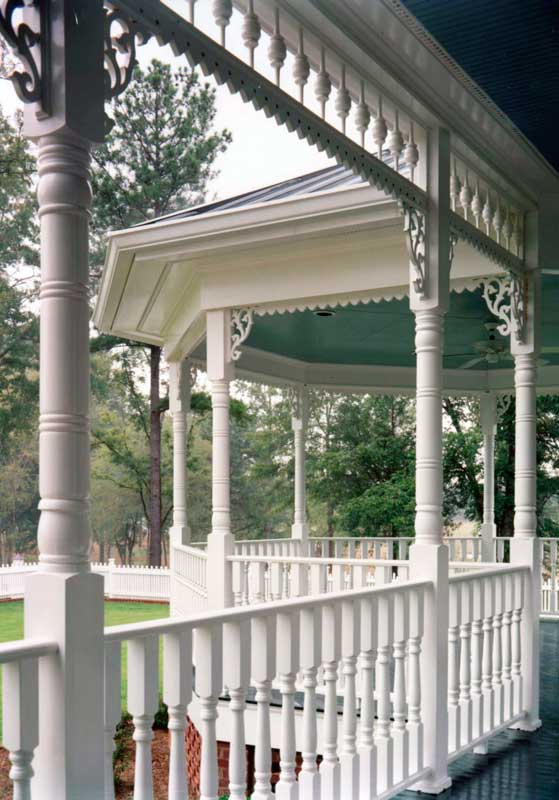 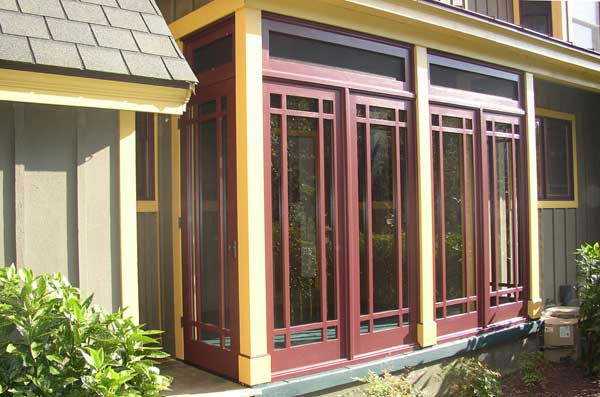 Porch panels and transoms from Touchstone Woodworks are made of the same 1¼”-thick mahogany as the company’s screen doors, and buyers have a choice of 70 period styles and period-appropriate hardware. Changing to glass extends use of the porch or outdoor room in spring and fall, and also protects the room’s finishes and furniture from dust, pollen, rain, and snow.

Although there is this newfound abundance in interchangeable parts, it’s still critical to pay attention to scale and the subtle design elements. Keep in mind that a porch should look tailor-made for the house. It’s always a good idea consult an architect or designer. A good designer will be up on the newest materials and how best to make use of them, and will ensure that the new porch looks like it belongs on the house.

“Everything is about detail,” says architect Thom Greene of Greene & Proppe Design in Chicago, who has made a specialty of period porch restoration and creation for late 19th- and early 20th-century homes.

When a porch is completely missing, Greene starts by looking for style clues, including “ghosting,” outlines that indicate a lost architectural element. He’ll also consider period design elements from the inside of the house—balusters or the newel post on a staircase, for instance—and work from there. “Sometimes there are no clues, and we just look to the period and create what would have been appropriate then,” he says.

Such was the case with a 1903 frame house in a historic neighborhood. The owner wanted a wrap-around porch, Greene explains, but there were few details to go by. One clue: a diamond-shaped ornament on the upper level of the façade, made of pressed metal rather than wood. That led to an order for pressed-metal flourishes for the two porch gables, placed with W.F. Norman, a company in business since 1898.

In the instance of a Prairie-style Foursquare with a porch that had been enclosed, the owners gave the architects carte blanche to create a porch in keeping with the style of the house. There was little in the way of past history under the aluminum siding, so they designed decorative elements in an Arts & Crafts mode, ramped up with decorative brackets and inlaid iridescent glass mosaic tile strips in the porch posts.

“It was very civic-minded of our clients to open up to the street and be neighborly,” says Greene. “The house is a strong, big-shouldered house; the porch and some other elements lighten it up.