When Jill chase and Bill ticineto moved to the East Coast from Los Angeles, they were looking for a place where they could do what Bill calls “perspective gardening.” They found it in an acre lot in Ridgefield, Connecticut, with a gently sloping backyard that terminates in a marsh and shallow pond.

The lot was platted in colonial times, but the house—its style termed “higgledy-piggledy” by one architect—has been here only since the 1920s. As the couple worked with the property, they made changes to the house to tie it into a landscape that is formal in some places and informal in others. The overall effect is Colonial Revival.

As part of a strategy to give the front entrance some presence, for example, they relocated the front door so that it sits on an axis with the bocce court they built in the upper part of the front yard. To further enhance the effect—and block the view of an HVAC unit in the side yard—they placed a large urn a few paces from the front steps. Good landscaping “is about borrowing good views and blocking unsightly ones,” Jill says.

The somewhat shady front yard is filled with hydrangeas that start the season white, then mature to green as summer progresses. These are interspersed with a lace-cap that’s sometimes pink and sometimes blue, depending on the ratio of pine needles in the compost that year.

The property is also the couple’s nursery, and new finds usually come by way of friends and other gardening enthusiasts. “I hardly ever buy plants,” says Jill, who propagates her own. Some new plants come unbidden. She says she never had pink phlox, for instance, until they simply appeared one spring after a little promiscuous interbreeding.

If the front yard is an unusual and restful play area, the backyard makes a classical statement. The focal point is a rectangular frog pond set with a perfectly proportioned grass border. On either side are twin pergolas, hand-built by Bill with Jill’s help. One shades plants, and the other, draped in grapevines, shelters a stone dining table. The pond looks down to the marshy lower yard through a short walkway between facing benches. The formal area is closest to the house; the landscape grows wilder as it slopes toward the pond. The effect is deliberate: “As you move farther away, you have more perspective,” Bill says.

Low stone walls edge planting beds filled with seasonally blooming flowers and herbs. At the center of each is a fruiting tree. Jill and Bill have also planted espaliered fruit trees, and potted oranges, lemons, and limes, although Bill points out that the citrus trees rarely bear any edible fruit. Still, the nurturing is what matters to this couple, who also raise chickens on their property, as much for their manure as for the eggs.

The chickens, all of them named for P.G. Wodehouse characters, are treasured pets. Bill designed trimmed, circular openings in the porch skirting for them to go underneath to take dirt baths. “We call it the chicken spa,” Jill says.

Bill Ticineto and Jill Chase spend a lot of time eradicating invasive species and maintaining a sizeable compost pile. As Jill paused by it on a tour, she checked the internal temperature and was delighted to find it was 120 degrees, optimum for conversion of compost. Bill had given her the thermometer as a birthday present. “How many people get excited about a compost thermometer for their birthday?” she says, exchanging a laugh with her husband. “How thoughtful!”

A PLACE FOR PLAY
An early project was to create a raised terrace in the front yard for a bocce court. The yard slopes away from the sometimes-busy street, so the family wanted to create a subtle division between the more public upper yard and the more private lower one.

Adding lots of fill dirt gave the court structure and allowed for drainage. It’s supported by a dry-laid stone wall and steps, all put there by Jill Chase, who was self-taught after much research and trial and error. Lushly trimmed with deep planting beds, the court is a pleasing swath of low green grass terminating in a sitting area with enough space for the bowlers to cast their bocce balls. A standard court measures 60′ long x 10′ wide, but Bill Ticineto opened the width to 15′ for more pleasing proportions. 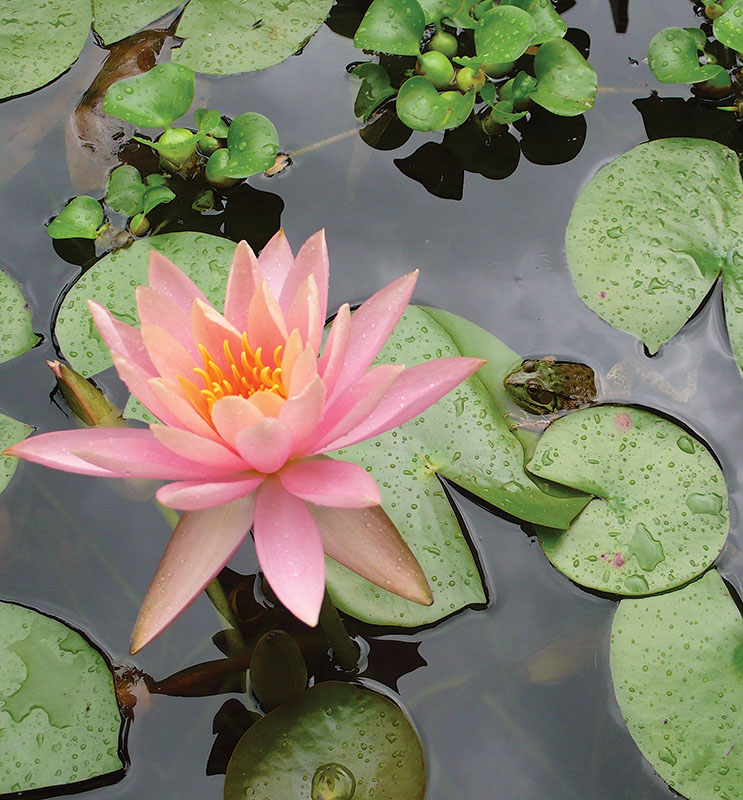 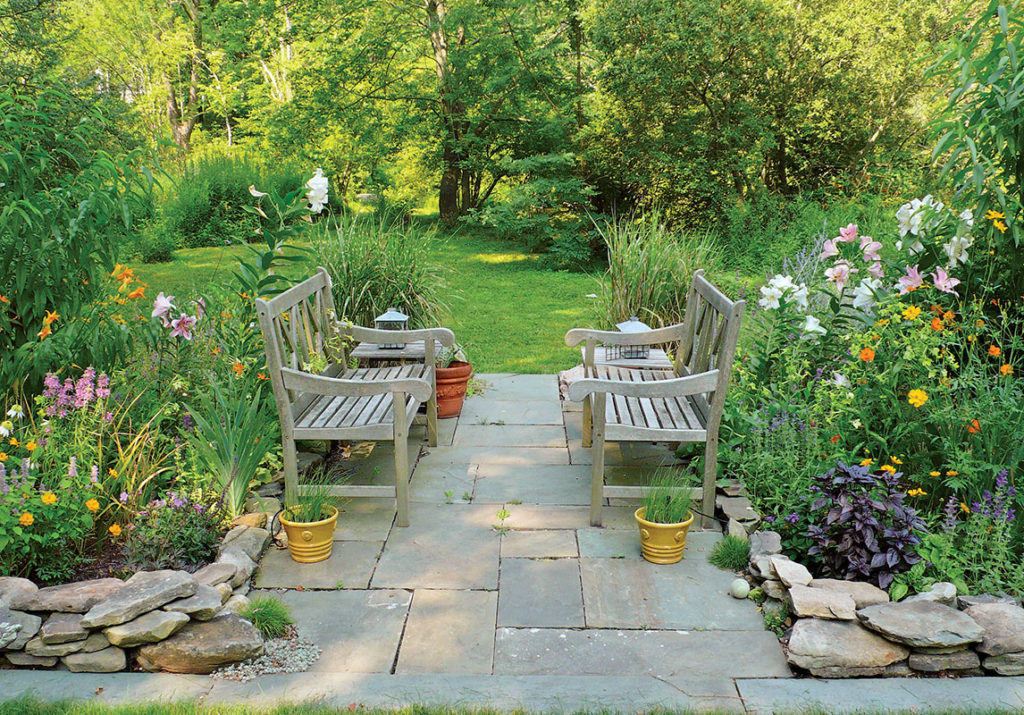 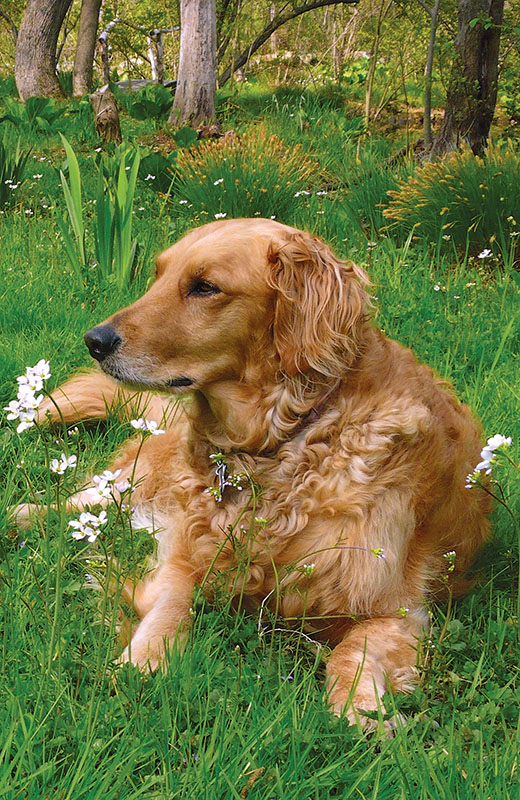 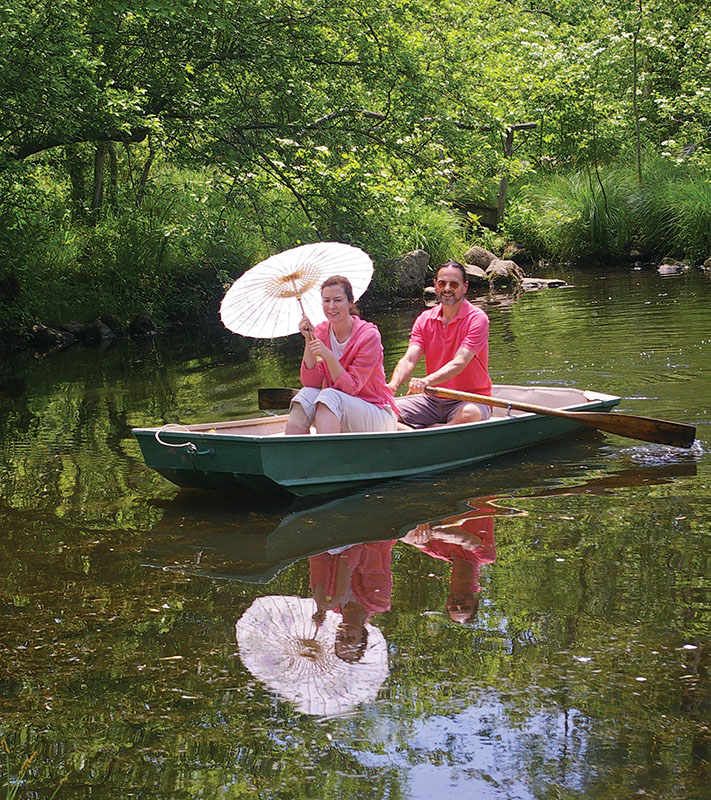 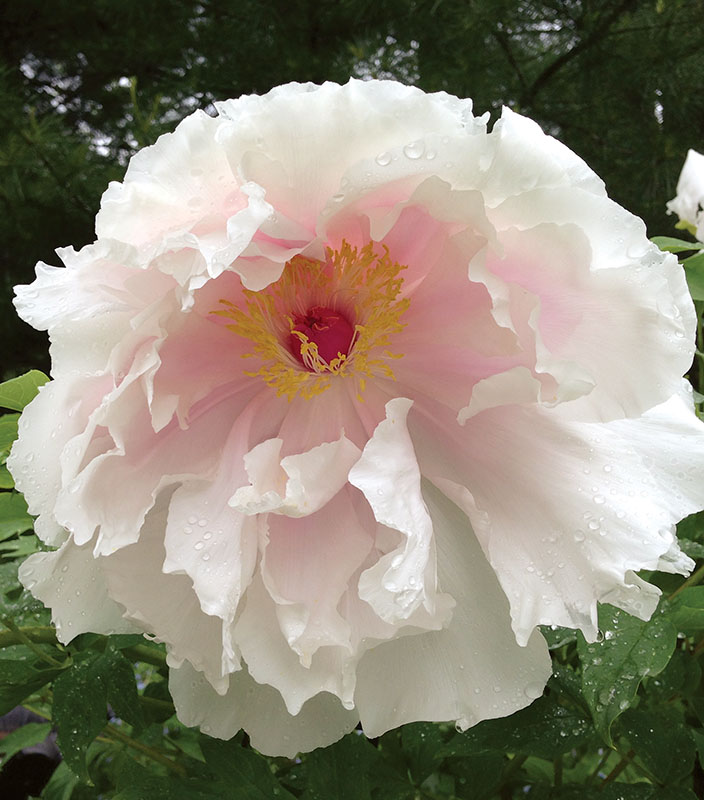 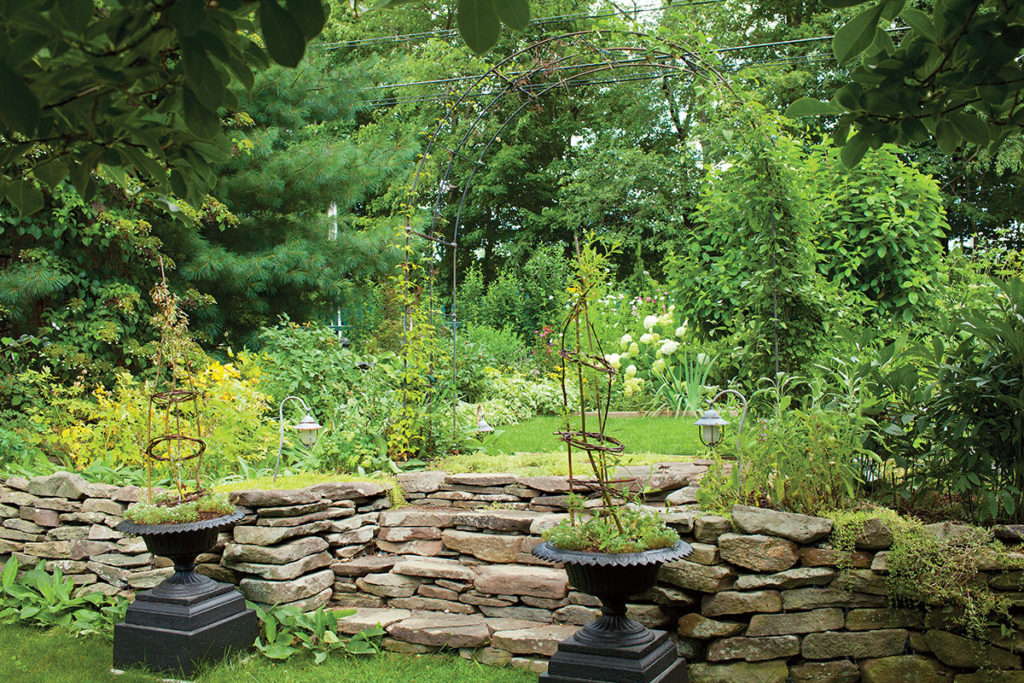 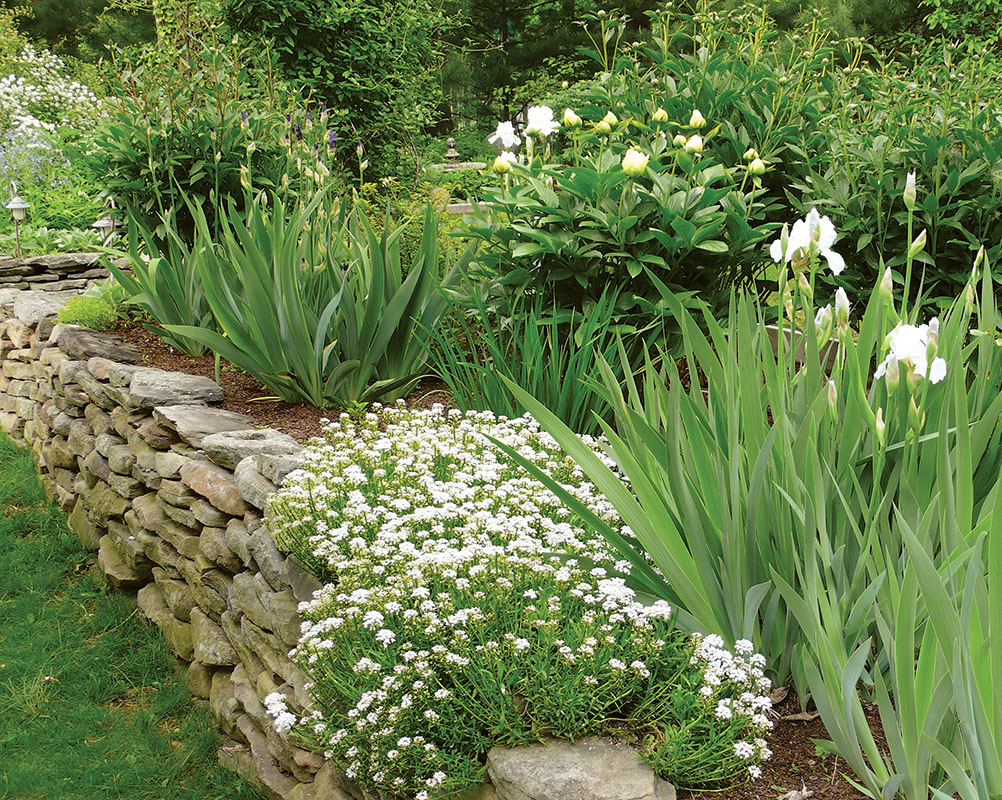 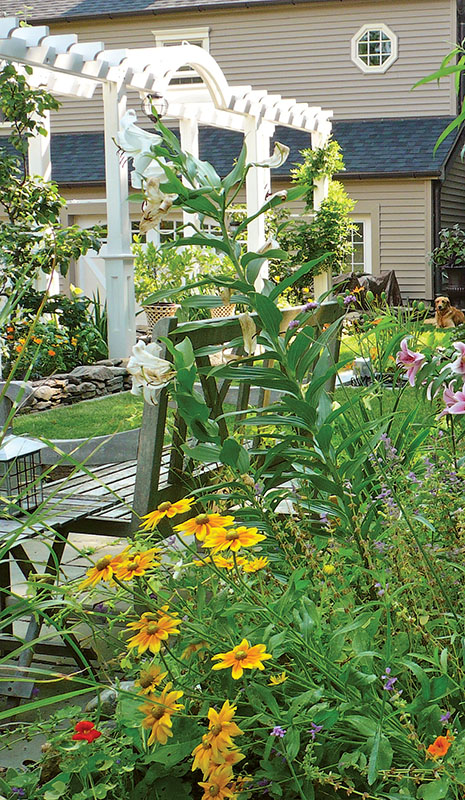