The 1748 Benjamin Curtis House in Sandy Hook, Connecticut, sits on a quiet corner. The only close neighbor is the Pootatuck River that glides into Lake Zoar. It’s a far cry from Jean and Lincoln Sander’s previous place, a hilly road that became a truck route. Jean spends a lot of time gardening and was driven to distraction by the noise of brakes. “We moved to get some peace and quiet,” she says.

The Curtis House needed extensive renovation, first on the agenda when the couple bought the two-acre property in 2002. As a former landscape designer, Jean knew exactly what she wanted outdoors, once the time came: space that would embrace her outward-bound family, in a setting that would include her collection of antique garden ornaments. Eventually she planned to bring back river views.

Wiser from their previous experience losing solace to a changing road, they first installed a stone sound barrier. The wall stands five to six feet tall and provides privacy. “Just any old rocks wouldn’t suffice,” Jean says; “I wanted lichen-encrusted stone with character.” She approved the stone before delivery, and the wall got instant heritage. An additional buffer is the deer fence that protects yew hedges and roses.

The English garden has a ‘Heritage’ rose in each quadrant, along with foxgloves,delphiniums, nepeta, lamb’s-quarters and other cottage-garden plants. Rather than any rigidity in this formal landscape, the feeling here is lush and embracing, fitting the New England motifs of the house.

Even while they were still fixing the house, the Sanders planted trees and large shrubs, replacing unhealthy maples with yellowwood, beech, stewartia, heptacodium, halesia, and katsura to form woodland along the river’s edge: over time, 45 trees and 285 shrubs, with rhododendrons and viburnums forming an understory below the canopy. A stroll along winding paths is punctuated by seating areas, statuary, and birdhouses on poles.

Faced with a yawning field outside the kitchen, Jean designed expansive period gardens. The formal English manoresque design is embraced by yew hedges, another buffer. A pergola was built behind the house, wrapped now in shade-giving climbing hydrangea. Rather than having the patio pergola lead directly into the formal garden, Jean created a transition with a pair of intimate outdoor anterooms, using hedges to create partitions. Quadrants billow with David Austin ‘Heritage’ roses. Lettuce poppies, purple toadflax, nepeta, phlox, alliums, verbena, and foxgloves populate the voluptuous scene, joined by a collection of wrought-iron vintage furniture, urns, and birdbaths that Jean couldn’t part with when she was an antiques dealer.

Focal Point in the Garden

Incorporating artifacts into the garden plan was second nature for Jean Sander. Here are some of her suggestions for hosting antiques in your outdoor spaces.

• Urns make great focal points. In addition to front and center, place them to direct the eye beyond the foreground.

• Raised birdhouses form a mid-height segue between
a tree and perennials below. Cover antique ones with plastic bags tied tightly around the poles, before winter. Remember to clean houses out before nesting season comes.

• Place birdbaths beside a tree where birds can hop for safety or wait for their chance to splash. Before frosty weather, flip the bowl over so it doesn’t collect ice and crack.

• Use stone antiques to add another textural component to complement leaves and fronds.

• Staddle (or steddle) stones make good pedestals, especially for troughs. Late in fall, remove some soil from the top and lay on a log of firewood or a thick tree branch to absorb extra moisture, then cover with slate. Even stone can crack from the freeze/thaw of collected water. 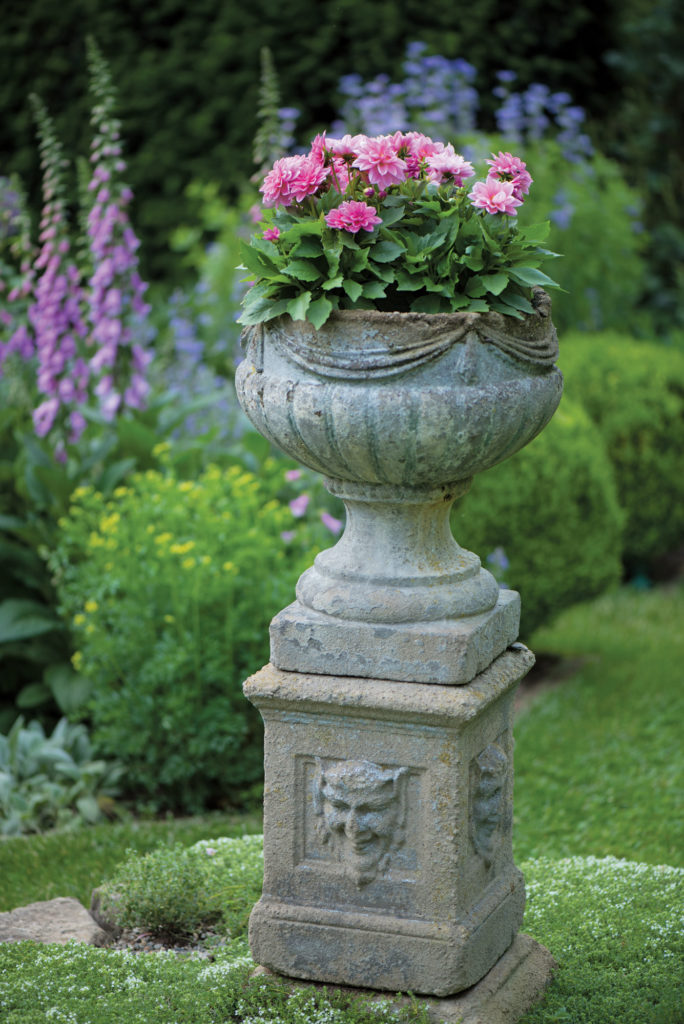 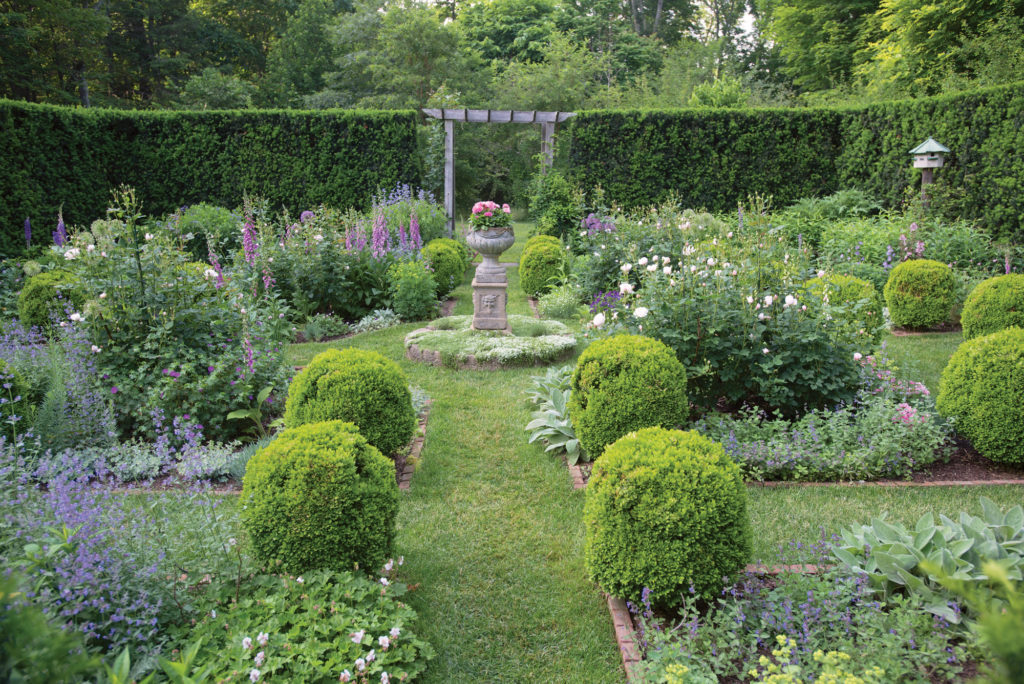 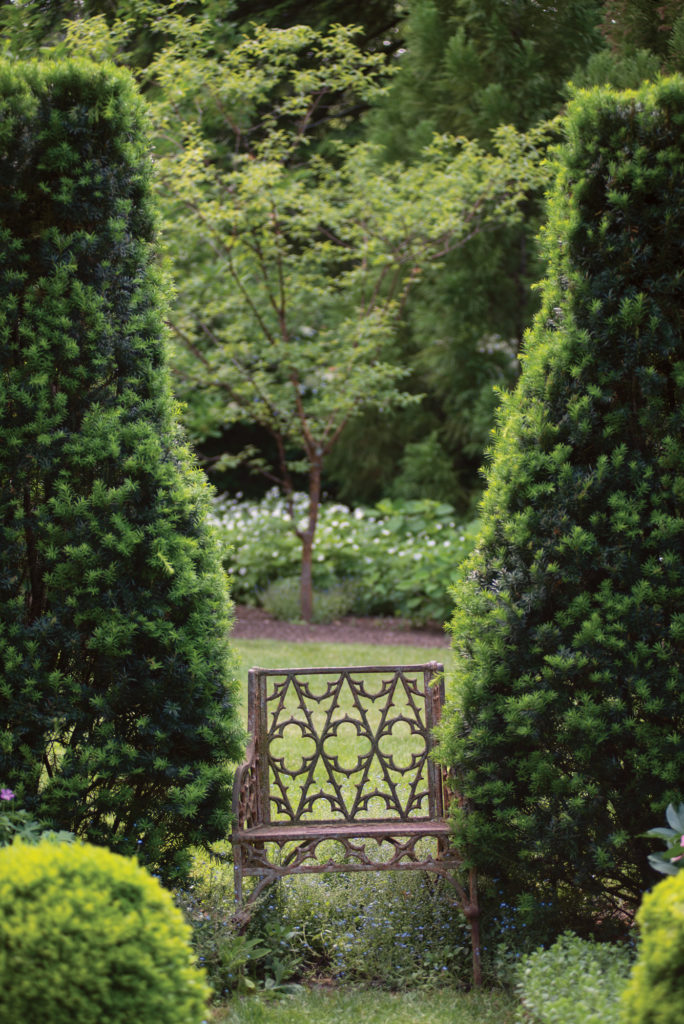 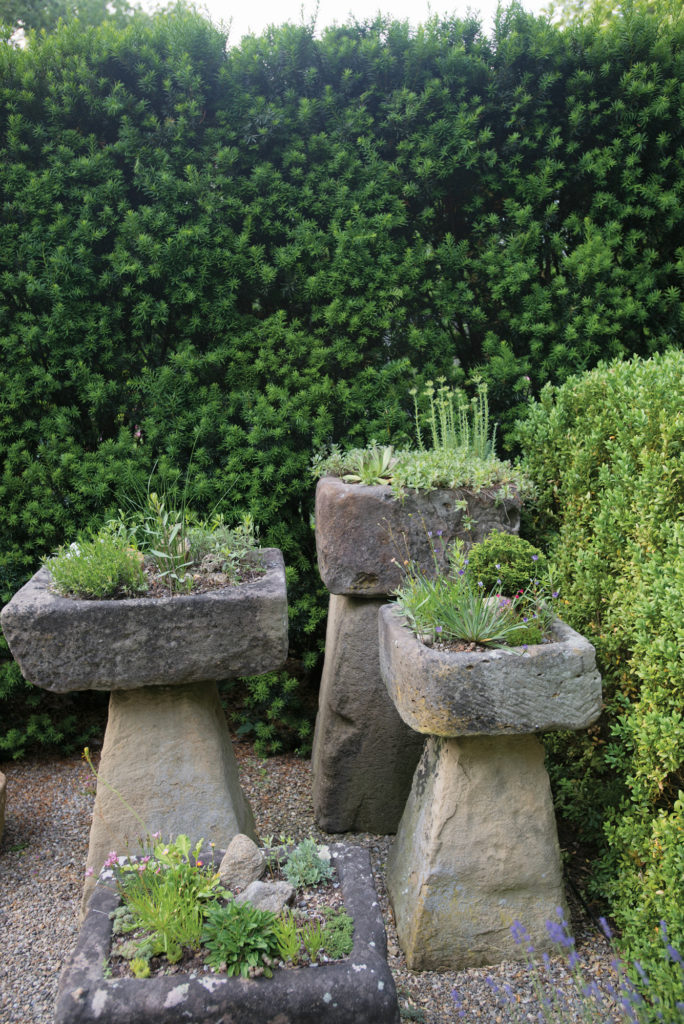 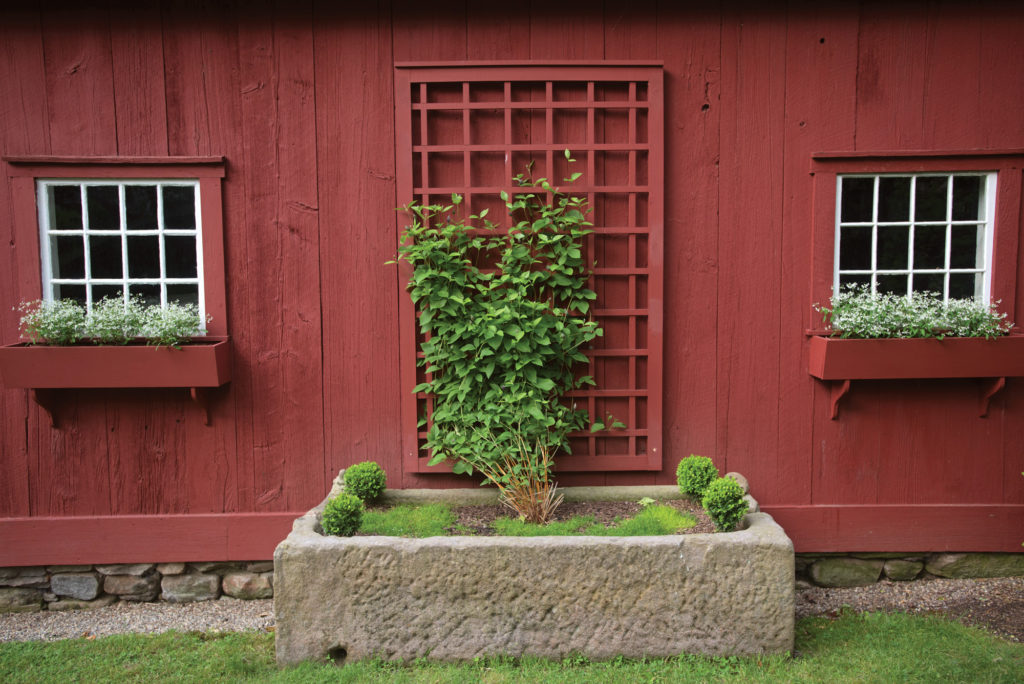 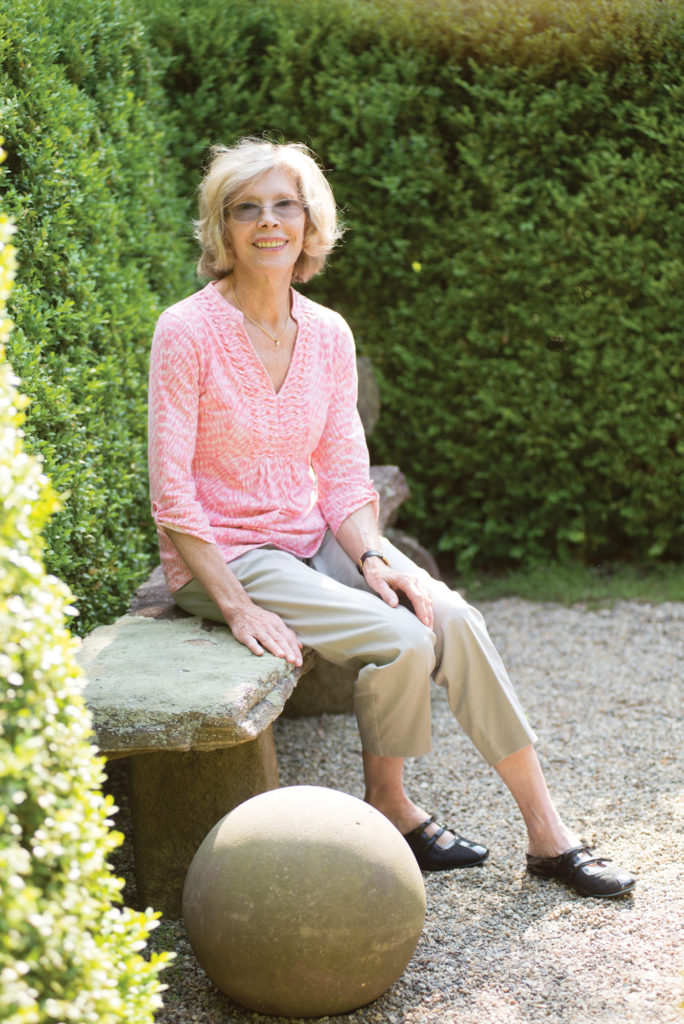 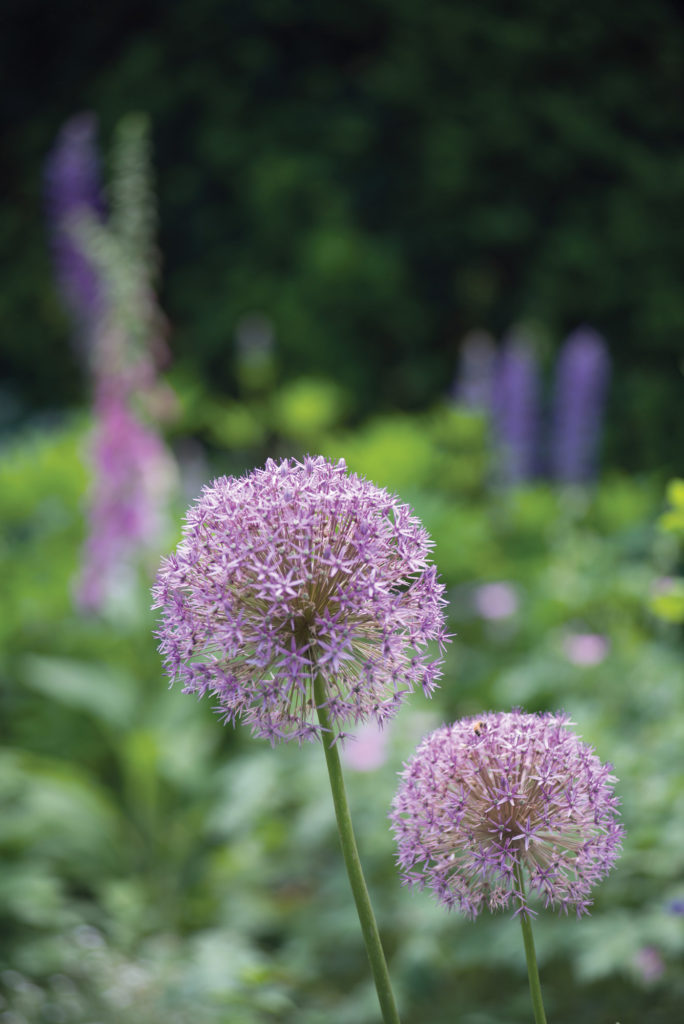