The year 1732 saw the birth of George Washington on his family’s estate in Virginia. As it happens, it was a significant year, too, for a Mrs. Nevins of Nova Scotia, an Irish widow whose husband had recently been lost at sea. In 1732 she moved to the rural hamlet of West Dunstable, Massachusetts, where she built a simple Cape home for herself and three young sons. It was an unpretentious dwelling made of wide pine boards and chestnut planks, one big room and a loft to serve as the bedroom, and a small barn attached.

Subsequent owners in the 1750s added a long, light-filled keeping room and kitchen along the eastern side of the house, centered on a fireplace. Prosperity in the 1780s saw the addition of a formal parlor, with a hand-carved mantel in the classical Federal style. Then . . . nothing more changed for two centuries. No central heat, no indoor plumbing, no electricity were added. By the middle of the 20th century, the old house had been abandoned as uninhabitable, and the eyesore was slated for demolition. 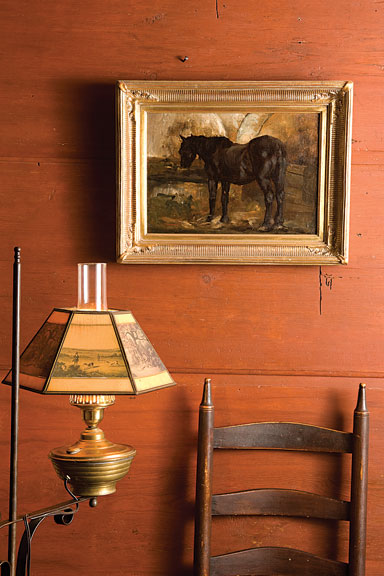 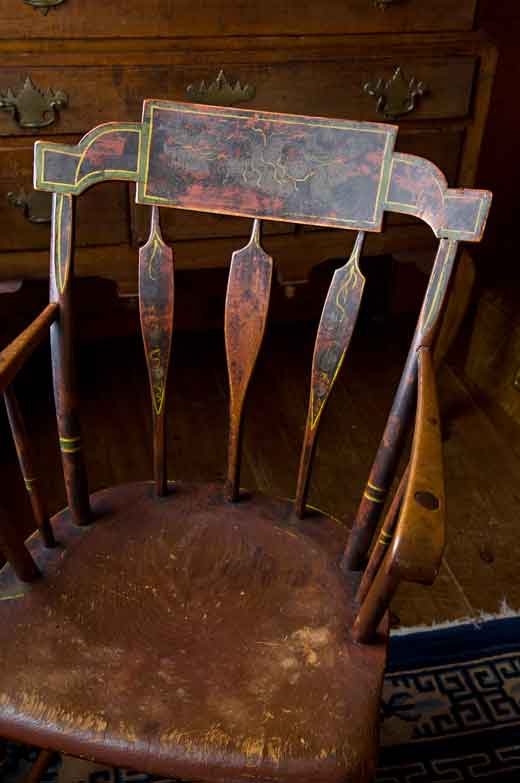 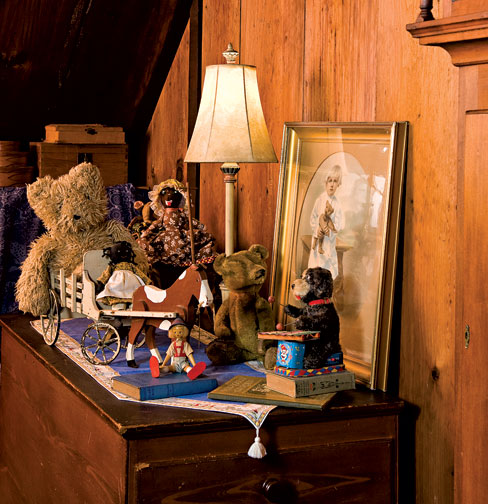 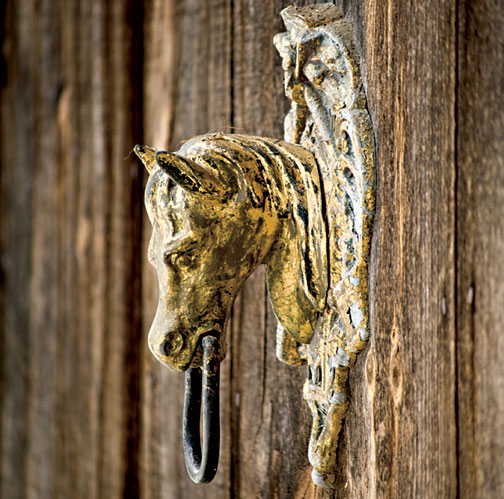 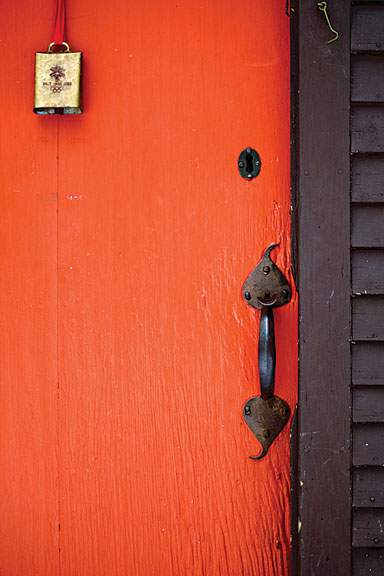 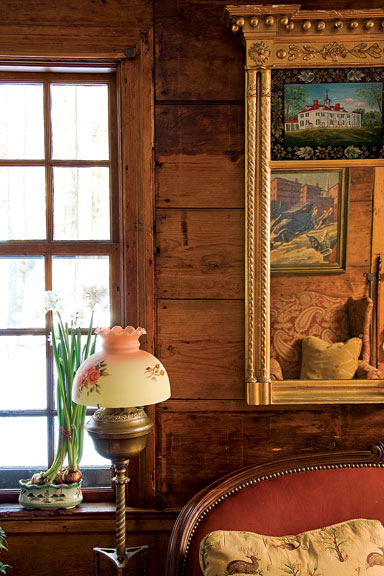 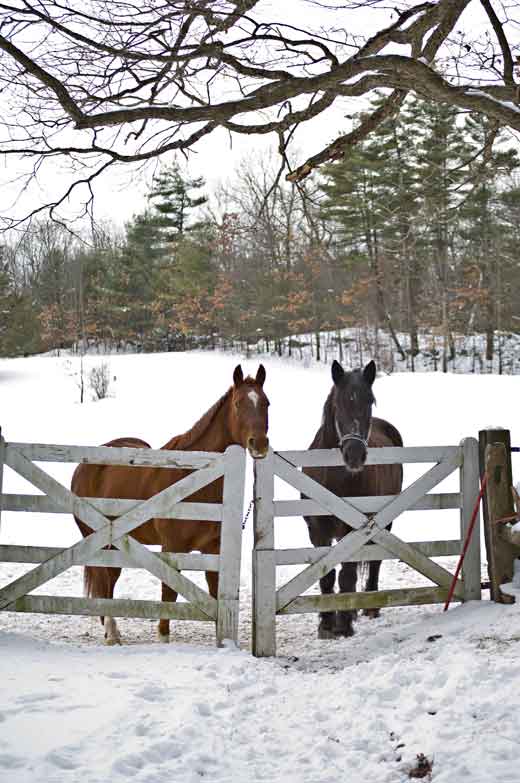 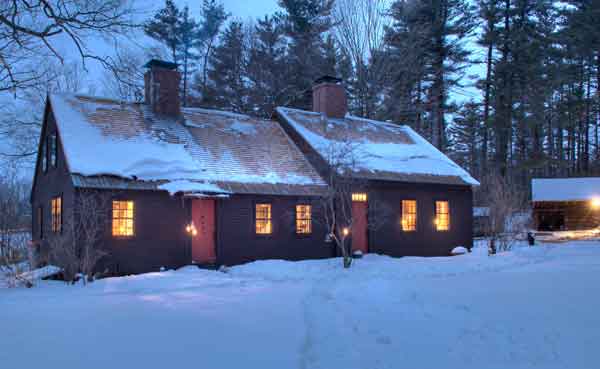 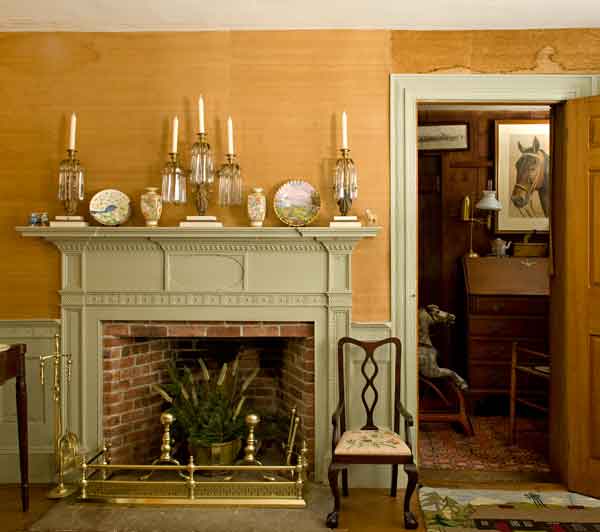 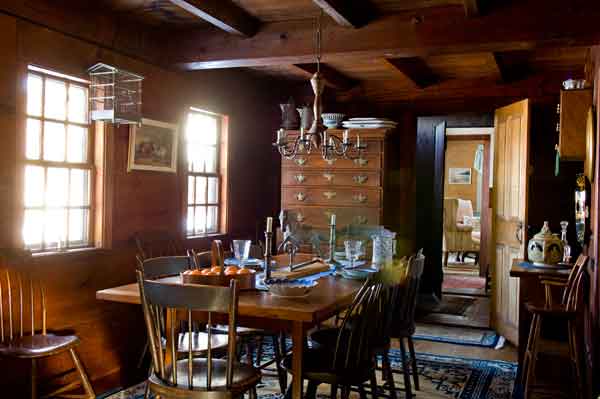 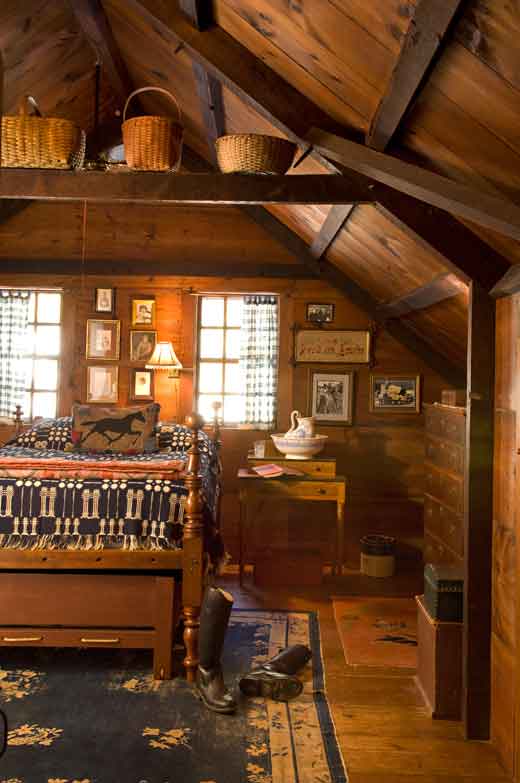 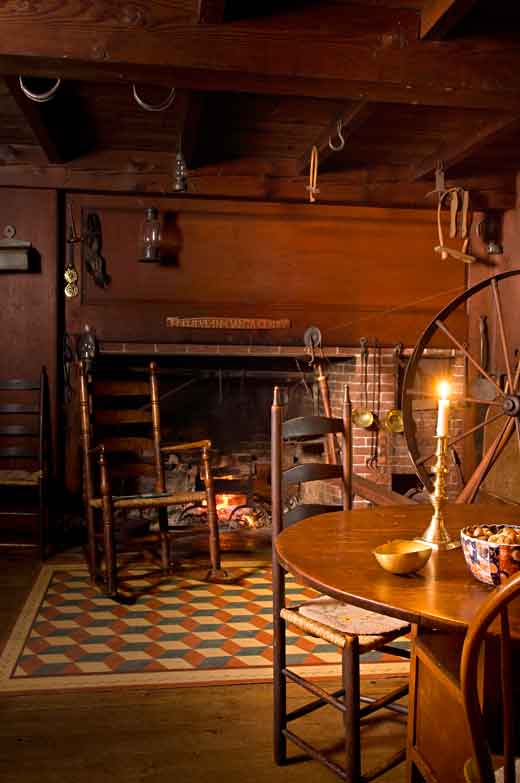 It was 1965 when Judy and Teddy Larter found the property for sale while looking through the local want ads. It was just what they sought—an original house of the colonial era that had not been altered.

The house had to be moved out of the way of impending development. The Larter family had rural property here in western Massachusetts: 60 acres of pasture and forest, where time moved slowly. So they had the old house dismantled, its roof removed and all the beams numbered, and trucked to its new home. It would be set on a new fieldstone foundation laid in the traditional fashion, without cement. Underneath was a dugout stone cellar. In the for mer attached barn, they built a new kitchen and bathroom; the loft became two bedrooms and another bath. Plumbing and electricity went in, but the original footprint of the house and its structure remained unaltered.

The couple spent years accumulating furniture sympathetic to the house. Finds from local antiques stores mingle with heirlooms and hand-me-downs, like a Steiff teddy bear that belonged to Judy’s father, and the Queen Anne highboy from her Aunt Louise (who’d cut off the legs with a saw so she could see into the top drawer). Judy found a large, early 19th-century Shaker spinning wheel that she has put to good use; she shears the ewe’s wool each spring and spins yarn for sweaters. Rooms boast paintings by New England artists, brass bed warmers still used in the cold winters, and a collection of antique children’s toys.

A treasure of the house was the original woodwork, never painted, rich with patina. The Larters cleaned it with linseed oil and turpentine. The house had no insulation, and none was added: “At least radon gas isn’t an issue,” Judy jokes. The old glass in multi-paned windows was cleaned and glazing renewed; broken panes were replaced with salvaged glass. Fireplaces were reopened and cleaned as needed. The keeping room’s huge hearth and beehive oven are pressed into service every Thanksgiving to cook the holiday turkey on a hand-operated spit. It’s a day-long process, as it was in colonial times; the family gathers around the fire, visiting and even spinning wool.

Living in this house affected Judy more than she would have predicted. She has been involved in her community’s preservation of historic structures and natural resources, serving on planning boards and cemetery commissions and working with the National River Watershed Association. Simple lessons from the house are a legacy she hopes to pass on.