The Georgian-period Colonel Pendleton House in Westerly, Rhode Island, was in peril, as was the land that surrounded it. As part of a complex, public–private initiative, it was saved and rebuilt through the efforts of owners Charles and Deborah Royce. The work was done by the Cooper Group, a specialist five-company collaborative providing preservation and restoration management, structural repairs, energy upgrades, historical additions, and period millwork.

“Of all the things we accomplished with the Pendleton House,” says Brian Cooper, “I am most proud that we were able to save Sir William Pepperrell’s banquet hall.” Cooper is referring to the long-lost banquet room from the 1742 Sparhawk mansion in Kittery, Maine, which was demolished in 1967. The Royces bought elements of the historic room, salvaged from the house commissioned by Sir William Pepperrell for his daughter on her marriage. It has become the Royces’ library, part of an addition to the Pendleton House.

Creation of the Avondale Farm Preserve, a property of the Westerly Land Trust, was launched, in part, to save and rebuild the Pendleton House. Trust land surrounds its four-acre private parcel; the public land provides walking trails on 50 acres of coastal farmland once slated to become a housing development.

“Chuck, my husband, spent summers in Watch Hill [a village of Westerly] as a child,” says story editor and novelist Deborah Royce. Financier Chuck Royce is a pioneer of small-cap investing. The Westerly Land Trust is not the couple’s first rodeo.

“When we met,” Deborah continues, “I was an actress … Chuck suggested we take on restoration of a 1939 movie theater, the Avon, in Stamford, Connecticut.” It became a nonprofit art-house cinema. They also rebuilt the vast, oceanfront hotel the Ocean House, a Westerly landmark since the 19th century.

Still, neither of them professes to be a historic-preservationist. “They are community people,” says their friend and interior designer Iliana Moore of Bronxville, New York. “I’ve helped them with homes in Florida, Connecticut, New York. They are passionate about what historic architecture means in a community.” 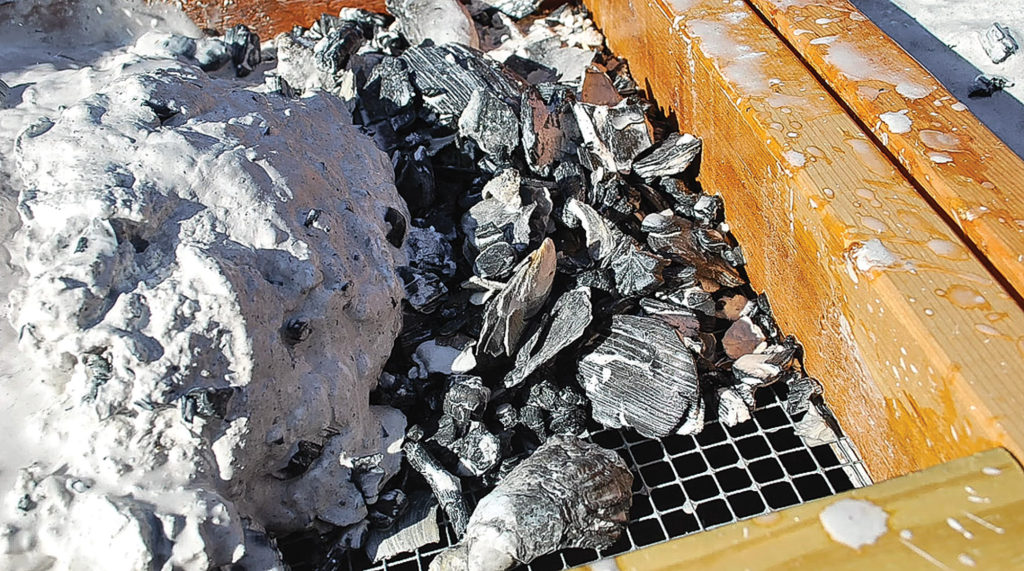 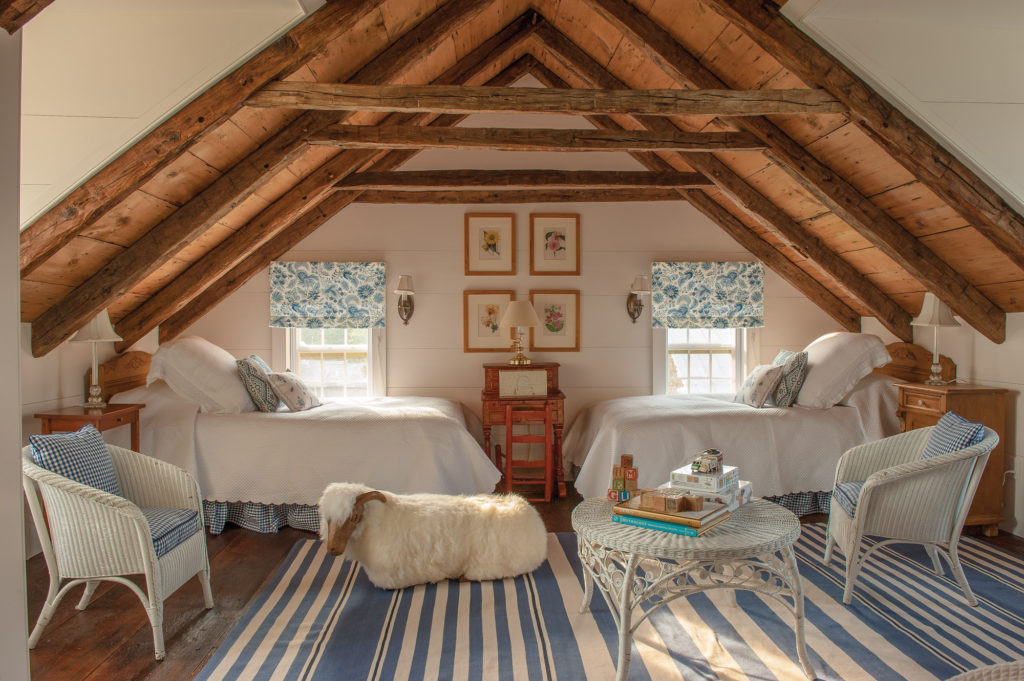 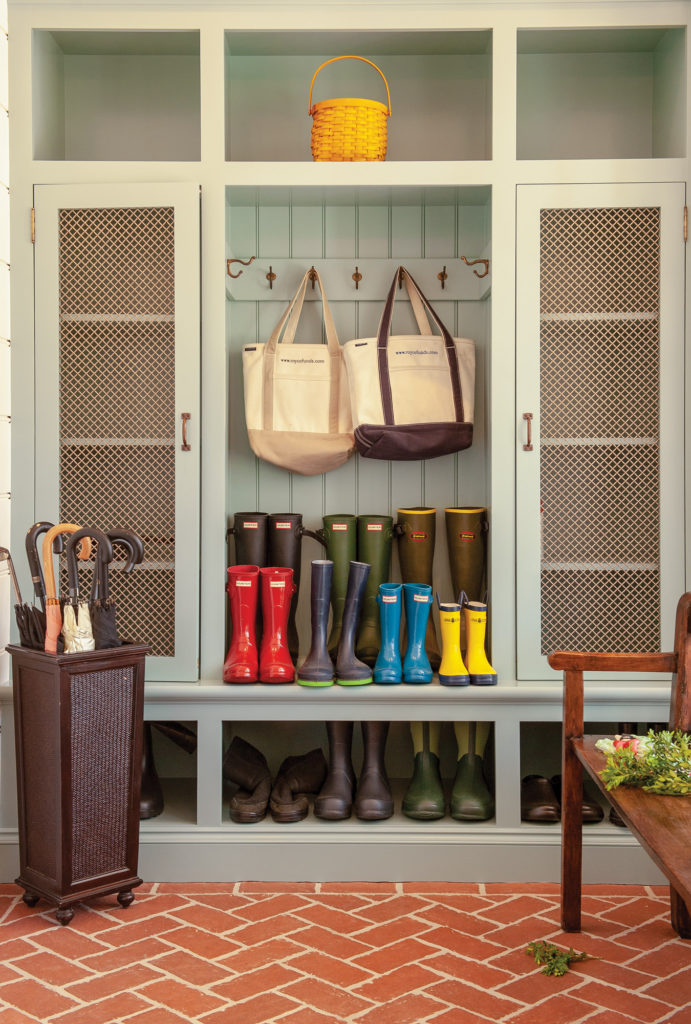 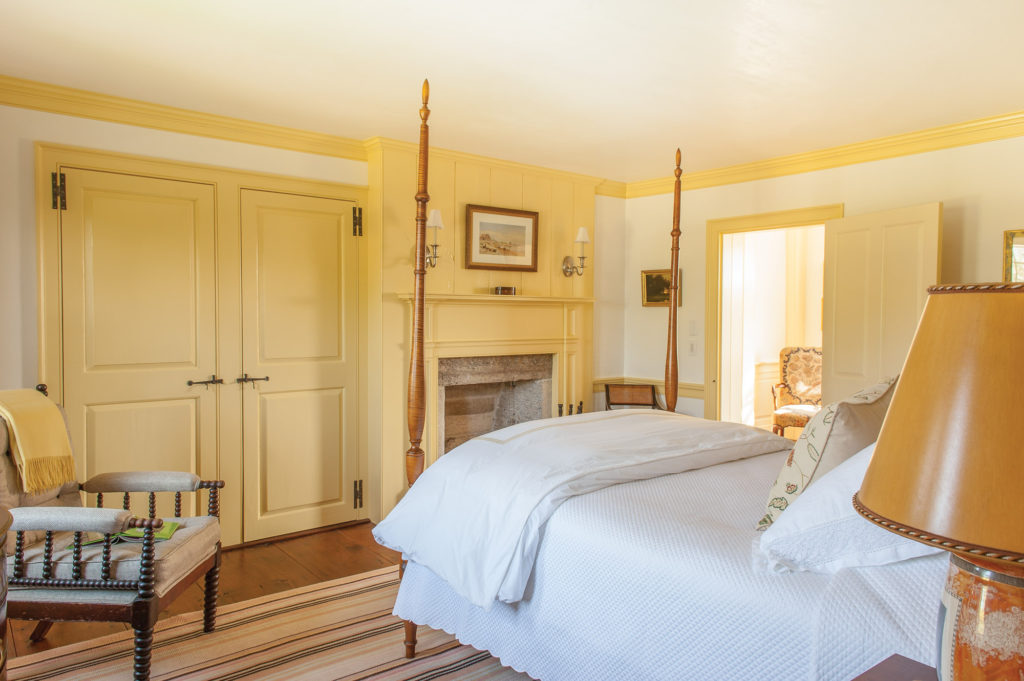 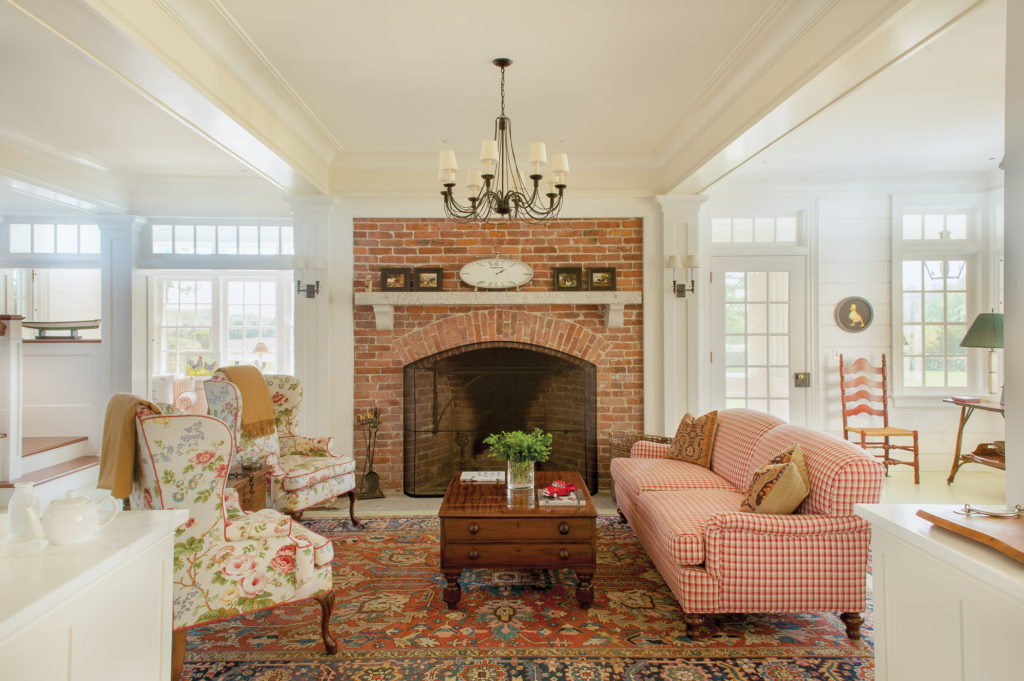 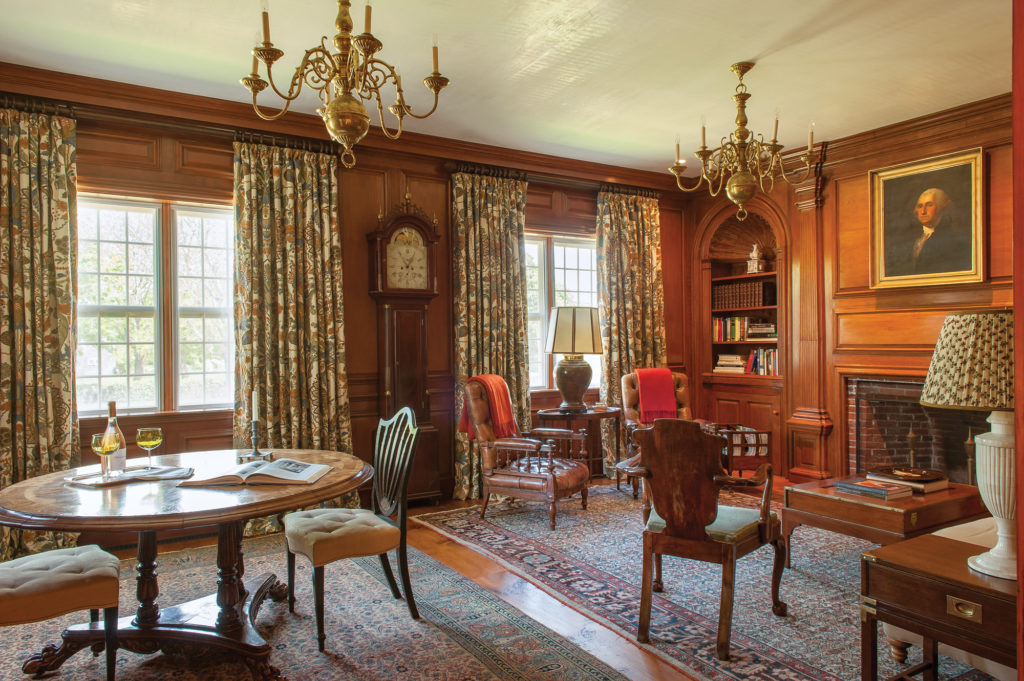 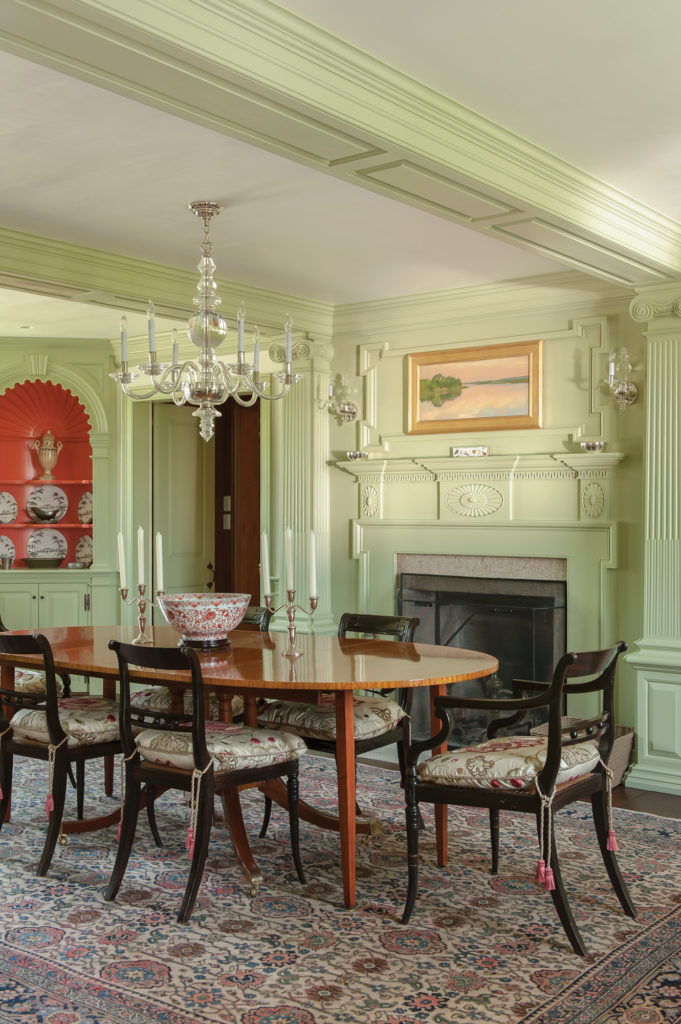 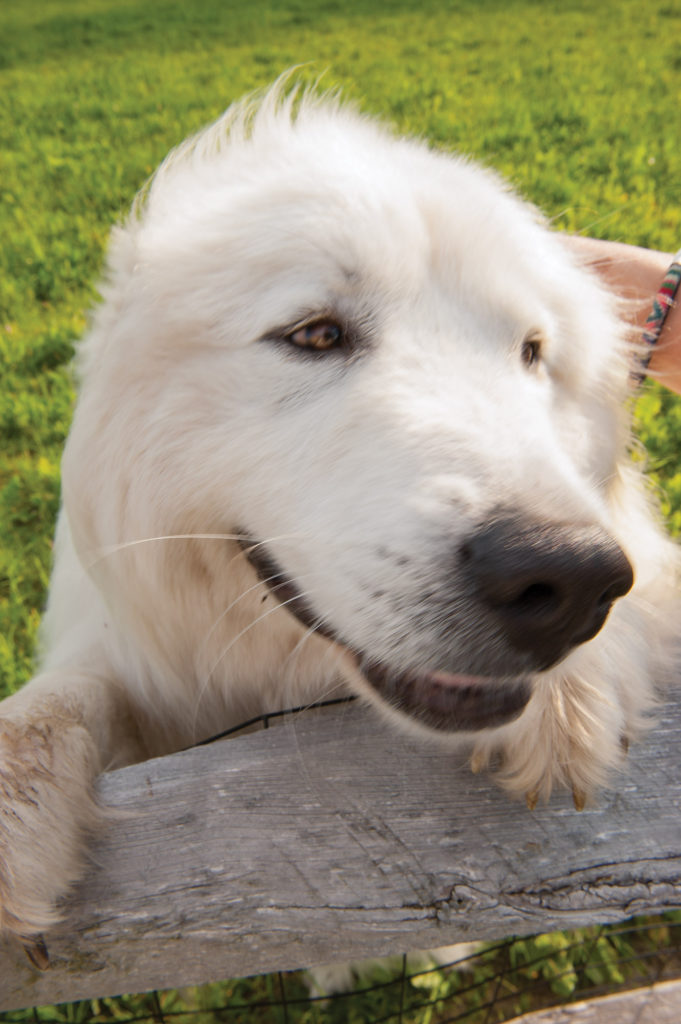 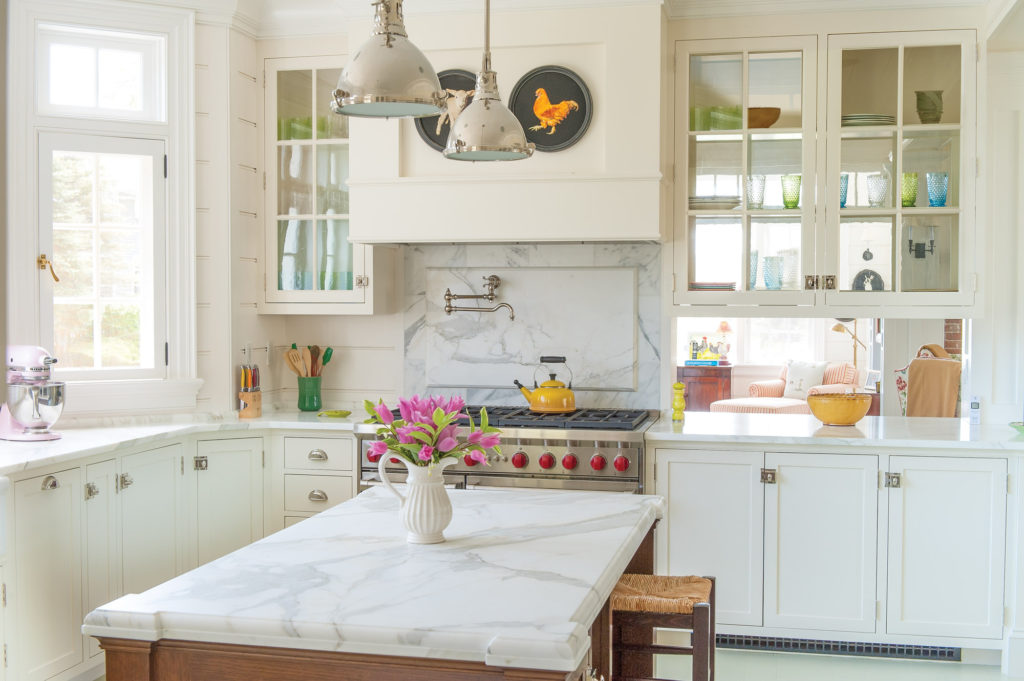 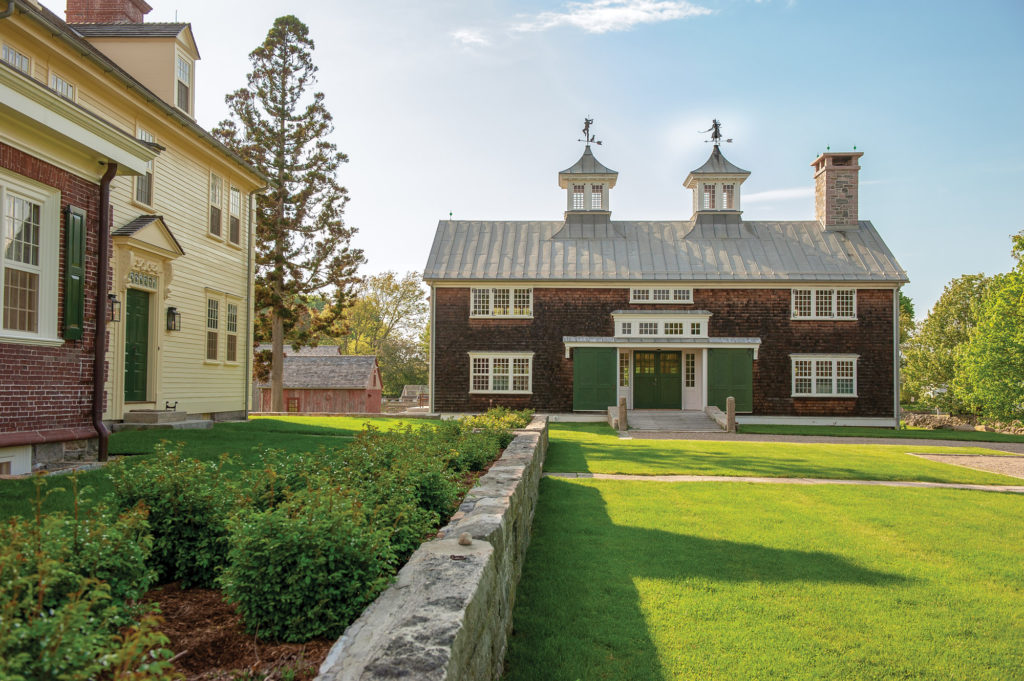 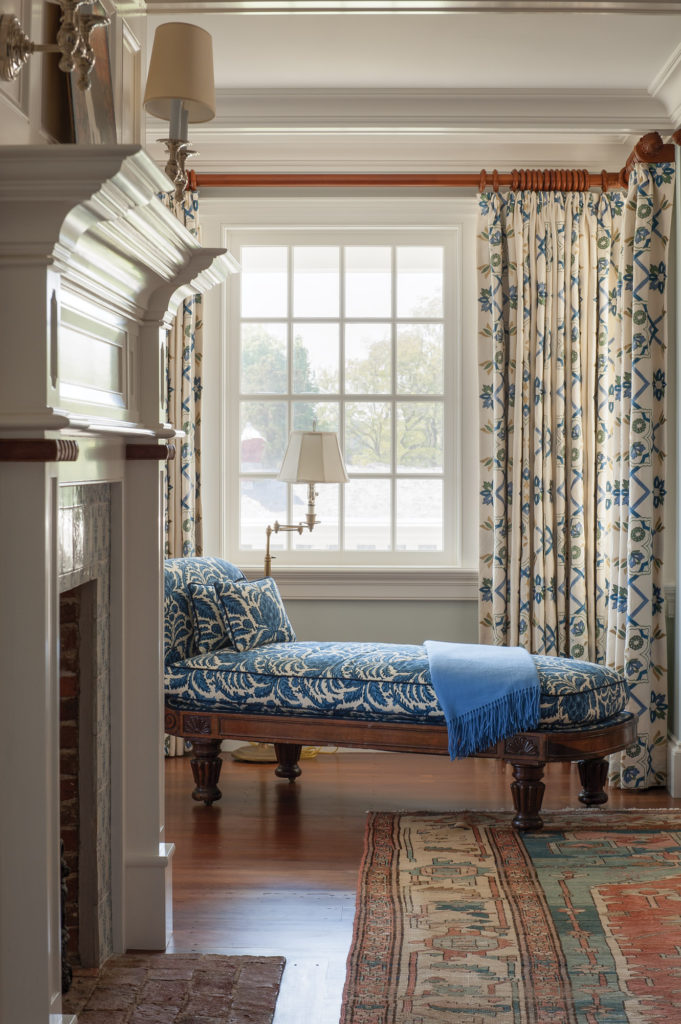 In the rebuilding, Brian Cooper reused 18th-century cut-granite blocks to build a plinth, upon which the house rests at a right angle to the barn. Hayward Gatch designed a brick-front ell that houses a modern kitchen, a master suite—and the library: Pepperrell’s salvaged banquet hall. The new wing takes design inspiration from Southern Greek Revival architecture, with a two-storey verandah at the rear.

“A lot of original millwork survived,” says designer Iliana Moore. “The contractors were purists, and used every piece.” Chimneys were replaced, and quoins now dress up the façade. “In early housebuilding, three key elements don’t come from the woods,” Cooper says. “Iron for nails and hardware, glass, and slaked lime. So we even tried our hand at making slaked lime from oyster shells.”

Iliana Moore created an interior scheme that relies on the furniture and oriental rugs collected by the Royces. The idea was that the rooms should look like those of a wealthy Colonist.

The project took five years, and was spearheaded by Brian Cooper, Iliana Moore, and builder–designer Hayward H. Gatch III. First, the Pendleton House was meticulously disassembled, catalogued, labeled, and stored while a new foundation was dug. Early in the process, owner Charles Royce and Hayward Gatch decided that the house should move slightly to the west, to align better with an enormous 1840 barn that had been moved to the property.

“Chuck and Hayward put a lot of thought into the view corridors,” Deborah Royce says. “And, had we not moved the site of the house, we wouldn’t have had space to build the new wing to the east.”

“This house was plank-framed—a method typical only in southern Rhode Island in the early-18th century,” Brian Cooper says. “During frame repair and reconstruction, the frame was converted to an 18th-century stud construction to allow for mortise-and-tenon hurricane braces, meeting coastal requirements. The stud frame also created a three-inch wall cavity for the introduction of modern insulation and wiring. Now, this is a smart house that’s up to code and has geothermal heating and cooling systems.” The old house, in ruinous condition, got such period upgrades as wood quoins at corners and new dormers.

In his drive to be as authentic as possible during restoration, Brian Cooper built a kiln, or lime rick, using eight cords of dry oak and two cords of green oak to burn oyster shells—re-creating the process used by early coastal builders to make quicklime. “We got the information about how to do it from Colonial Williamsburg,” Cooper says.

With the help of Hill Town Restorations, a traditional Jamaican oyster lime kiln burn was constructed and burned to produce a historically accurate, beautiful white-lime putty. It took 30 hours of intense heat to drive the carbon dioxide out of the oyster shells. The shells, 40% lighter, were placed in vats and warm water was added. Within 45 minutes an exothermic reaction began and the water began to boil. Water was then added to the resulting calcium oxide to slake the lime. The soft mortar made from the slurry is especially good for use with soft, pre-industrial brick.

“It’s a slow, laborious process, dependent on the availability of a lot of oyster shells,” Cooper says. “As soon as they discovered dolomite, or limestone, they stopped burning oyster shells.”