A variant of the American Foursquare, with a large front-facing gable and Colonial Revival details, this 1912 house in St. Paul, Minnesota, became home for Rich and Shirley Erstad in 1998. “This was the only house we looked at with our agent,” Rich says, “the only house we’ve ever owned. It’s in a great location, just 15 minutes from downtown Minneapolis, downtown St. Paul, or the airport. “On the day we took possession, I installed a shower ring and piping in the clawfoot bathtub,” he says. “The only water shutoff was the main line. I stripped the threads on the old fittings while installing the valves, so we had no water until I could get a plumber over. Ah, the joys of an old house,” he chuckles.

That inauspicious beginning turned into 22 years of caring for and restoring the 2100-square-foot house. The work culminated in a 2017 kitchen remodel that proved so successful, it won a prestigious Contractor of the Year (CotY) award for the builder, APEX Construction Management.

“We lived here for almost 20 years before we built the addition, while raising three daughters, with only one bathroom,” Shirley Erstad explains. “When we were ready to start, we knew exactly what we wanted.” They rebuilt the rear of the house to make space for a first-floor bathroom and mudroom, accessible through a new sheltered porch with an entry from the yard, with a new laundry below.

Read more about their kitchen

Rich Erstad says that one of the benefits of owning an old house has been the chance to learn carpentry, beginning with the front porch steps. “I managed the project and made sure we executed our vision,” says Shirley Erstad, who is the executive director of a local parks-and-trails non-profit. “But it was great to learn that Rich could do a lot himself!”

Erstad, who is a lawyer, designed and built the cabinet over the refrigerator, basing its design on a desk that was owned by the Finnish composer Sibelius. Sonos Wi-Fi speakers are hidden in vintage radios on display in the cabinet.

To make the back of the house function better, the door was moved and an entry porch built. The new lower bank of four windows frames the kitchen sink. The yard ends in a sauna and a multi-purpose garage.

Over the years, restoration was a learning process for the builders as well as the homeowners. “We had some challenges connecting the 100-year-old toilet and bath sink,” APEX’s John Biancini says. “The bank of kitchen windows had to be sized around the old farmhouse sink. Many of the switches and outlets required special, non-standard placements. And, to satisfy the building inspector, we made the natural-gas
shutoff to the match-lit stove easily accessible. There were no electronic ignition systems back then!” 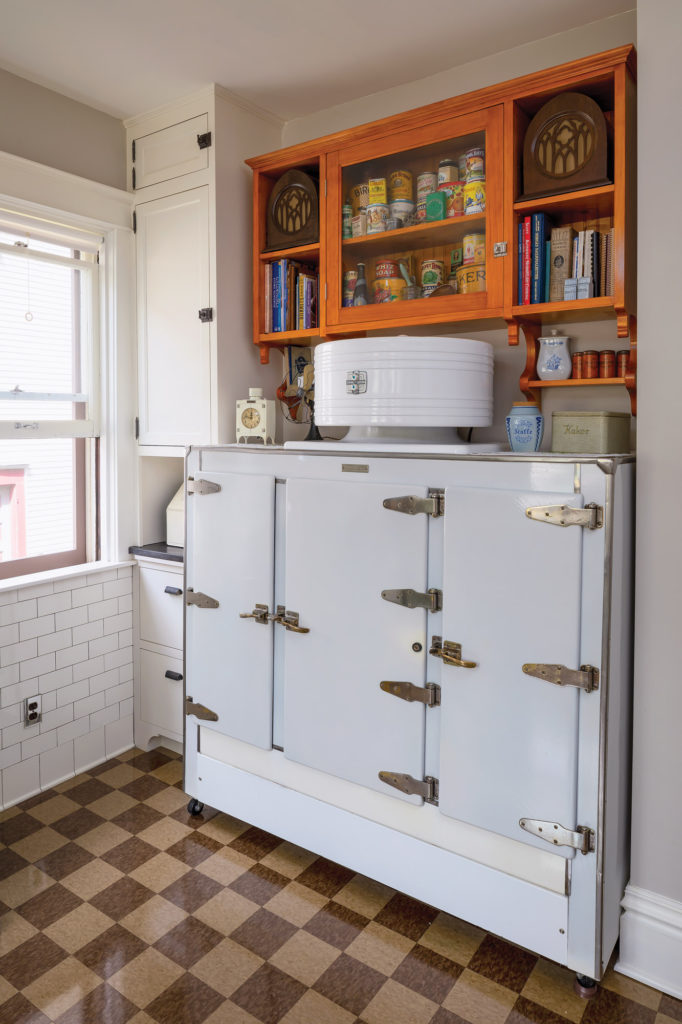 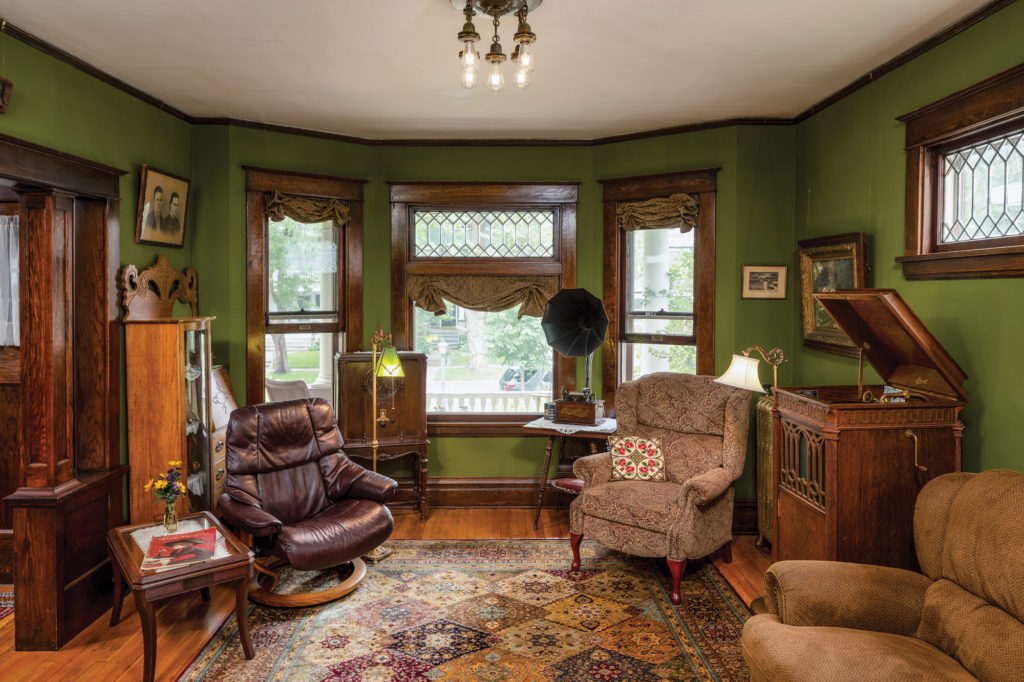 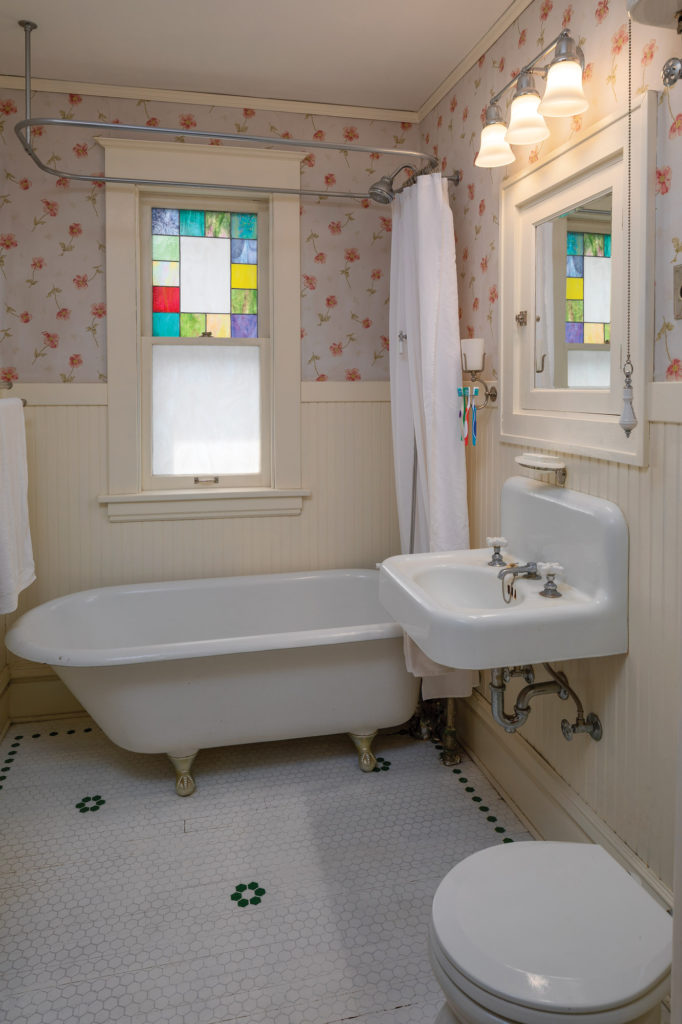 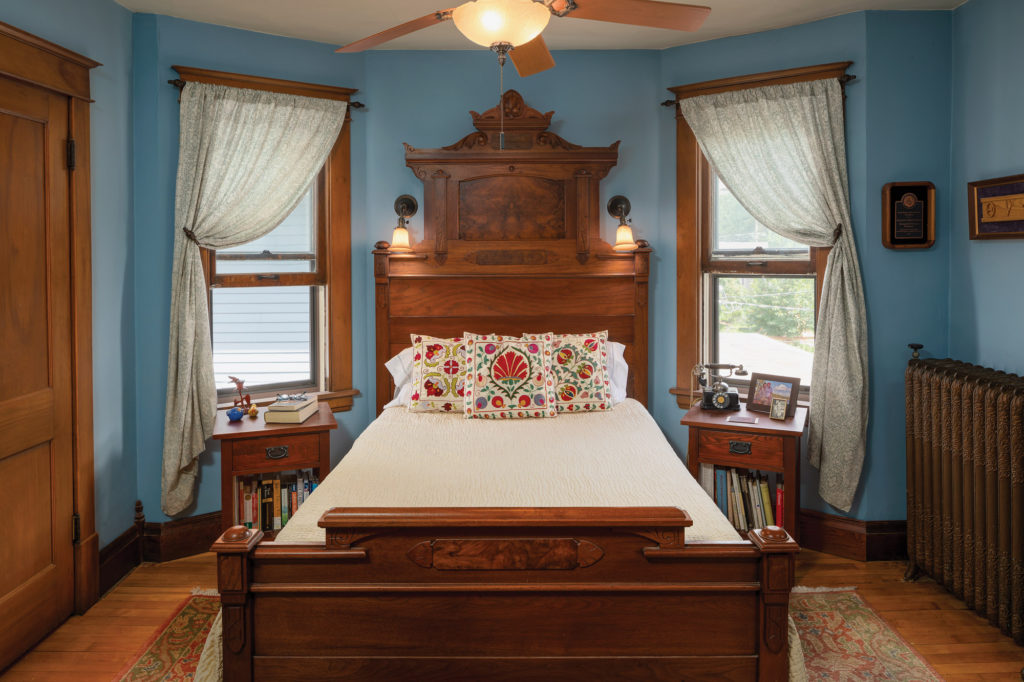 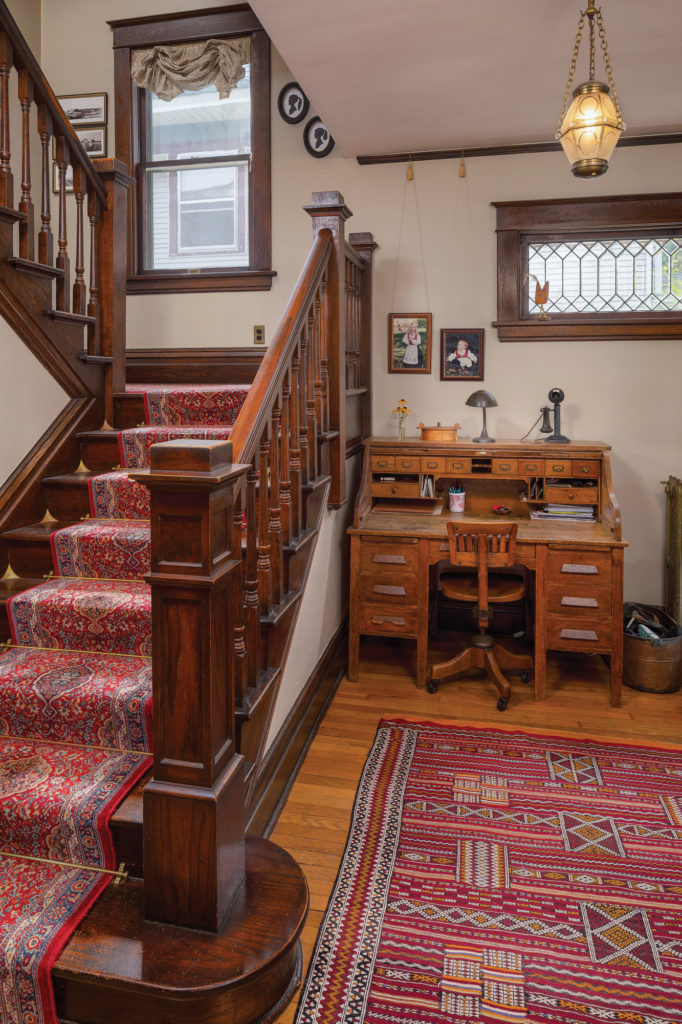 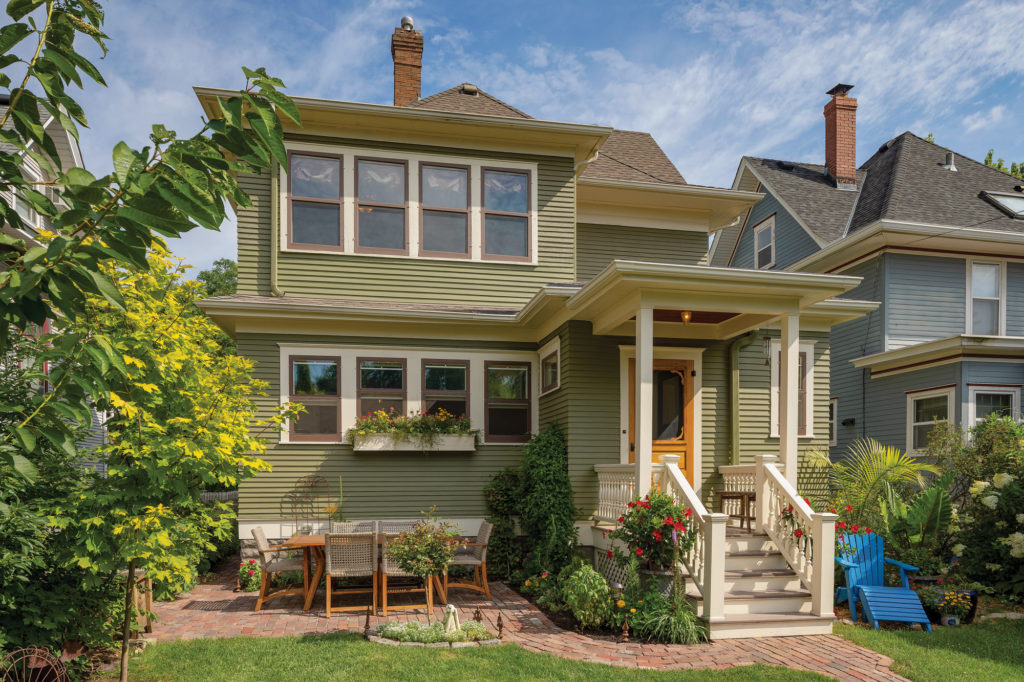 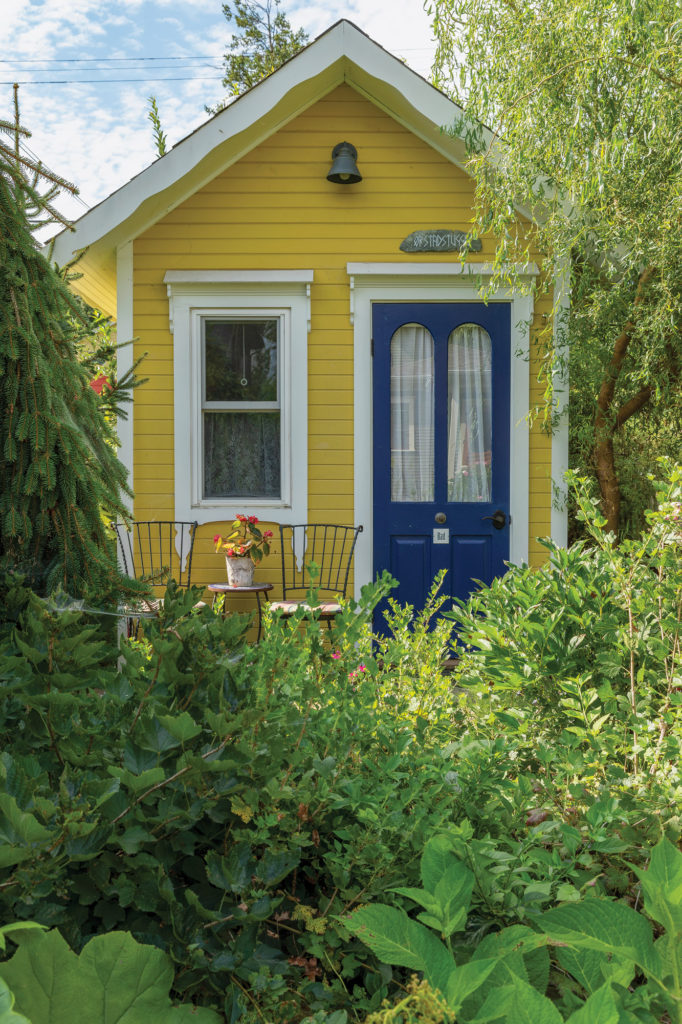 The Reliable gas stove dates to ca. 1929. “I bought it from a guy in New England, unrestored,” Rich says. “The chrome surfaces were in bad shape, so I took it all apart and got it all replated. Because it was winter, I’d taken the pieces inside and reassembled the stove in the basement. Bad idea: it wouldn’t fit up the stairs. Eventually, when we did the addition, they cut the downstairs door and carried the stove up that way.”

“We live in a house that looks old,” Shirley says. “But we couldn’t have done it without modern technology.”

Read about the restoration of a 1920 kitchen

A convincing blend of nostalgia and function

“We wanted a kitchen that looks like it was here in the 1920s,” Shirley says. That’s the genius of the Erstads’ new kitchen: it’s convincing yet functional, outfitted with its original oak millwork, leaded-glass windows, and built-ins. The transition from dining room to kitchen is seamless. The entire house looks like a lovingly maintained period piece.

In the new “period” kitchen, they used antique appliances, lighting, and plumbing fittings, but integrated them with top-of-the-line contemporary elements. The refrigerator is an original 1927 GE Monitor-top. Beside the 1924 sink, however, are two freezer drawers hidden behind wood cabinet doors.

“The freezer in the old refrigerator is miniscule, and needs to be defrosted periodically,” Rich says. “But that fridge measures 17 cu.ft. and is quiet and efficient, using one-third the electricity of a modern unit. It has the original coolant and a motor that probably dates to 1938.”

The kitchen floor posed a challenge. “We wanted 6″-sq. linoleum tiles in period-correct colors, but they no longer exist,” says John Biancini, president of APEX Construction Management. “So, the owners found some 12″ commercial vinyl tile, in the right color combination, and we had them laser cut to precise 6″ squares for the checkerboard.”