After years of neglect, the 1928 semi-bungalow had a badly deteriorated exterior. In fact, the entire front porch, from the footings to the existing rafters, had to go. The interior was not much better. A series of alterations over time had denuded the front rooms of both character and a sense of privacy.

Jerry Duprey and Mark Uhen wanted a makeover that would transform their “carpenter Craftsman” home into a detail-laden Arts & Crafts bungalow. Architect Michael Klement and builder Bruce Curtis of Washtenaw Woodwrights gave them just that, at a cost of about $170 per square foot. 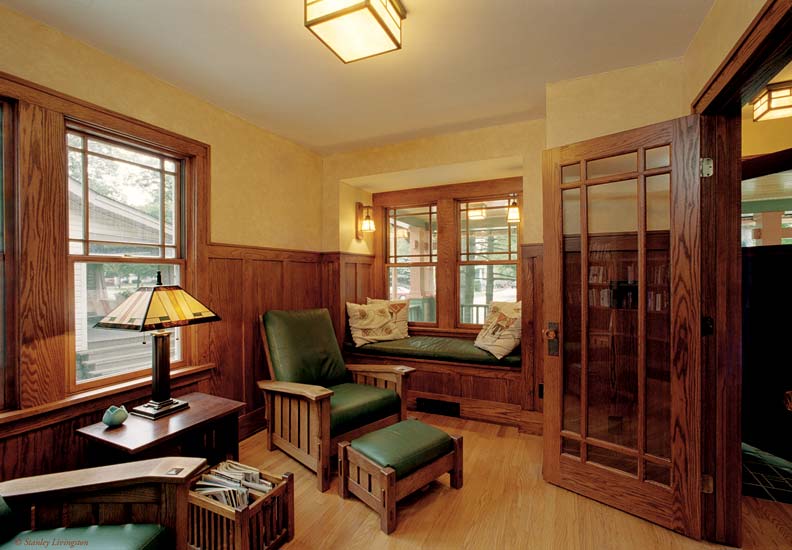 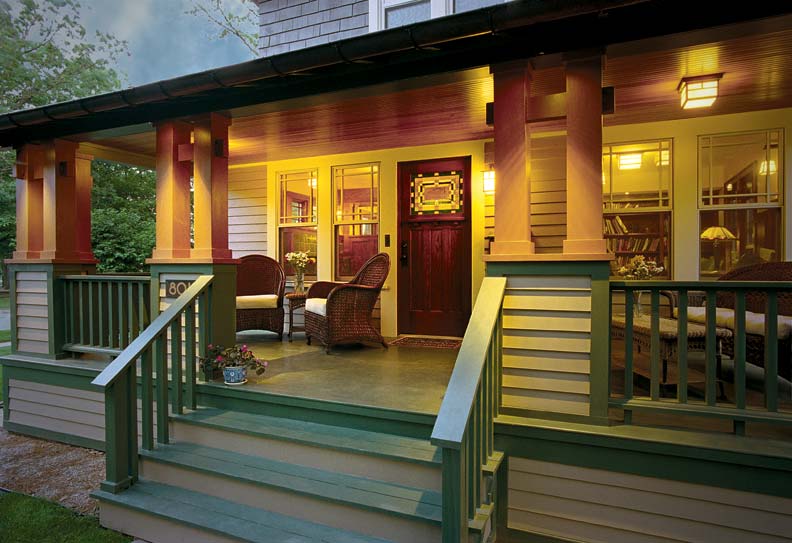 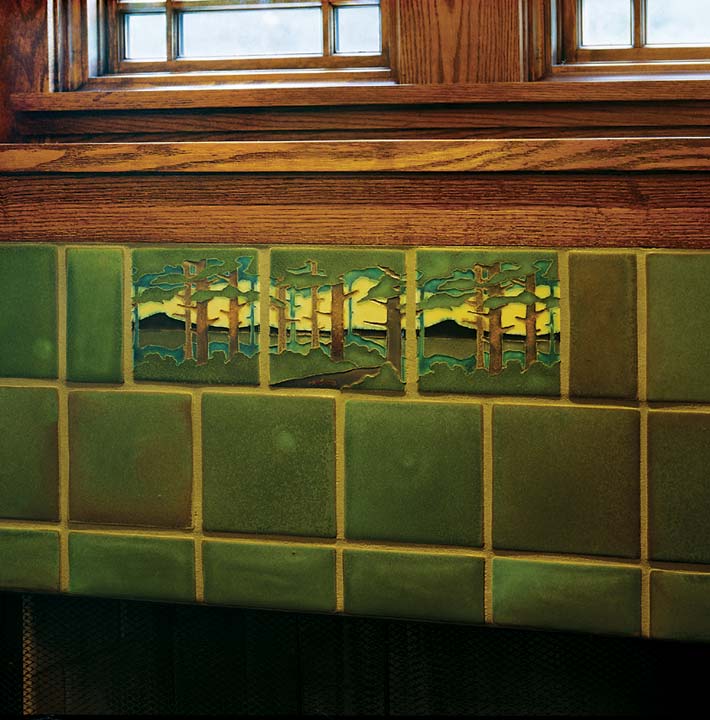 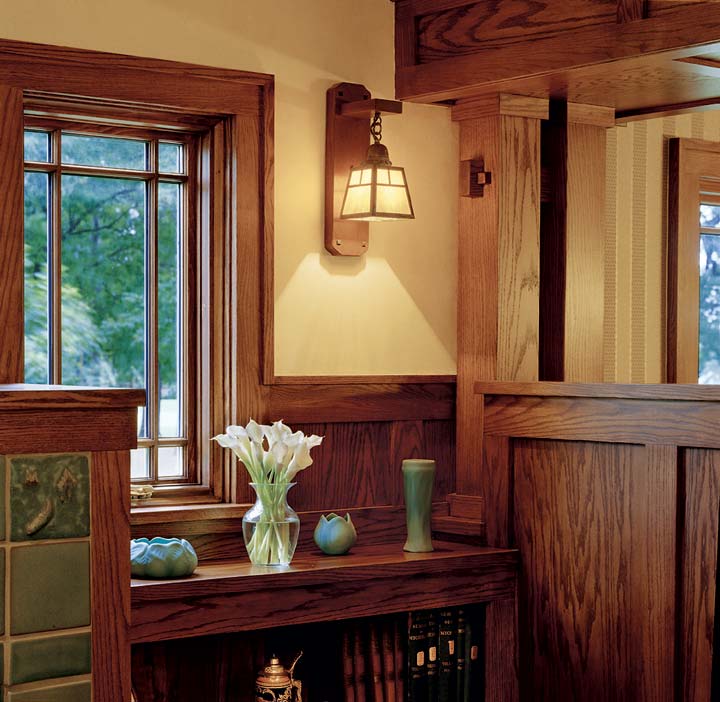 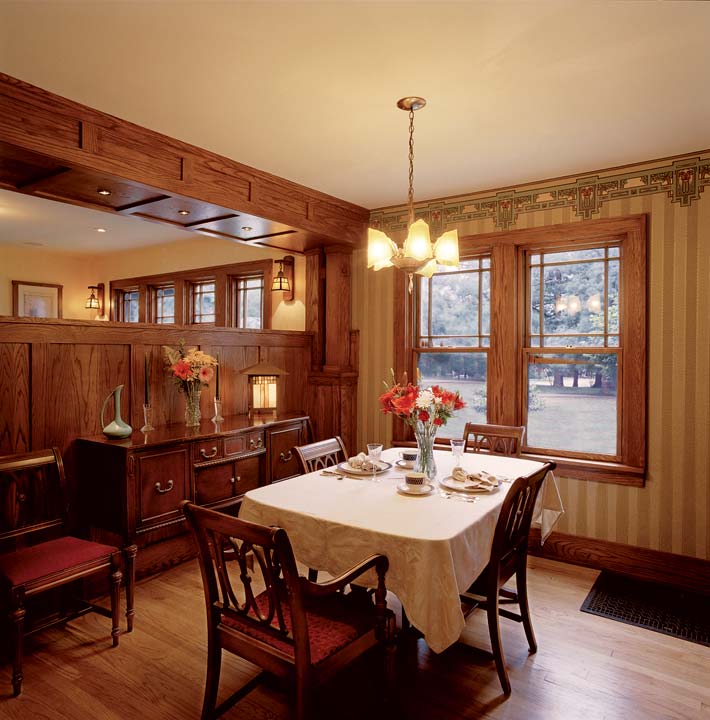 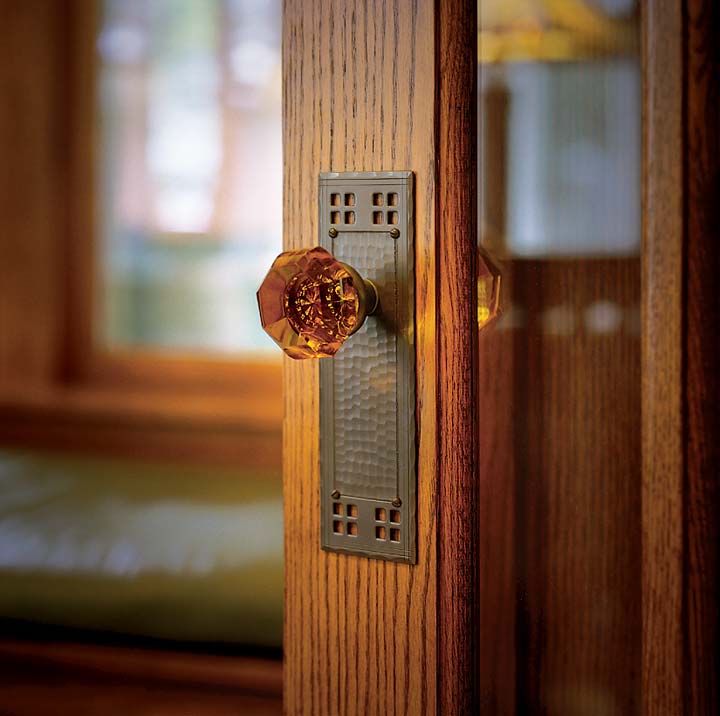 “Our careful study of authentic, period bungalow and Arts & Crafts design generated the clustered, cross-tied column theme that would become a unifying element of the design, inside and out,” Klement explains.

Inside, first-floor spaces were reorganized, leading to the relocation of the front door. New beams were added to fix structural concerns. Authentic, period-style lighting fixtures, hardware, and wallpapers complete the interior.

The common areas in the house had been opened up in previous renovations, stripping the rooms of style and character. The owners kept the open feeling, but recast the L-shaped space into three distinct rooms. Future plans include converting three tiny bedrooms and a bath on the second floor into a master suite and small guest room.

“There’s no reason why a renovation can’t solve circulation and space-planning problems,” Klement says. “Using period-style details doesn’t preclude a contemporary use of the space.” This house does indeed have all the charm of an intact original.