Antiquarian George Schoellkopf admits that the 18th-century Hollister House was not his first choice when he went looking for a country place in Litchfield County more than 30 years ago.

He had a garden in mind, inspired by Vita Sackville–West’s Sissinghurst in England, and he bought this property because it came with 11 acres of possibilities. He had no idea it would become an obsession; today the land is a dizzying array of parterres and walled gardens formally organized by hedges, high brick walls, and fieldstone borders, with views leading from space to space, including a pond and the surrounding fields. It is listed on the National Register of Historic Places and is a project of the Garden Conservancy, a national nonprofit organization dedicated to the preservation of American gardens.

The garden was intended to reflect the house. While it is not full of 18th-century plants, their colors resemble the structures on the property, which are painted dark reds and browns. Schoellkopf also has included plants native to the region, such as bee balm, or Monarda (first mentioned in a 16th-century book describing plants in the New World), but primarily he has chosen them for their exuberance, aiming for a lush, overabundant look borrowed from his favorite gardens in England. He designed the garden at an angle to the house, resisting the temptation to geometrically line up the views from the windows, as he wanted the landscaping to unfold for the visitor. 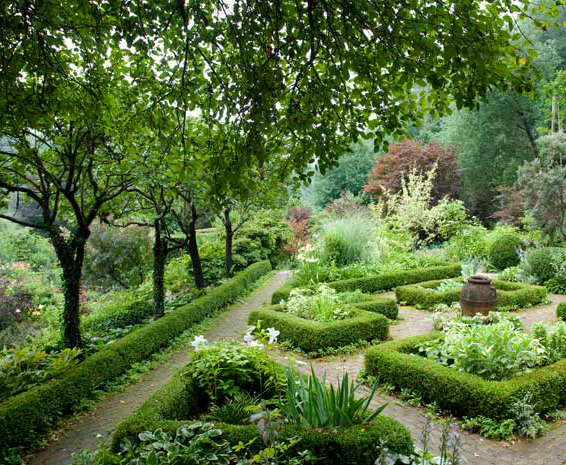 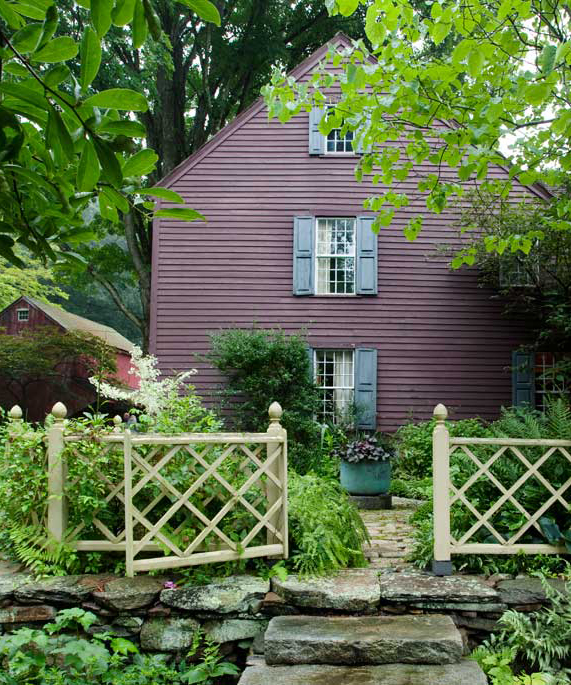 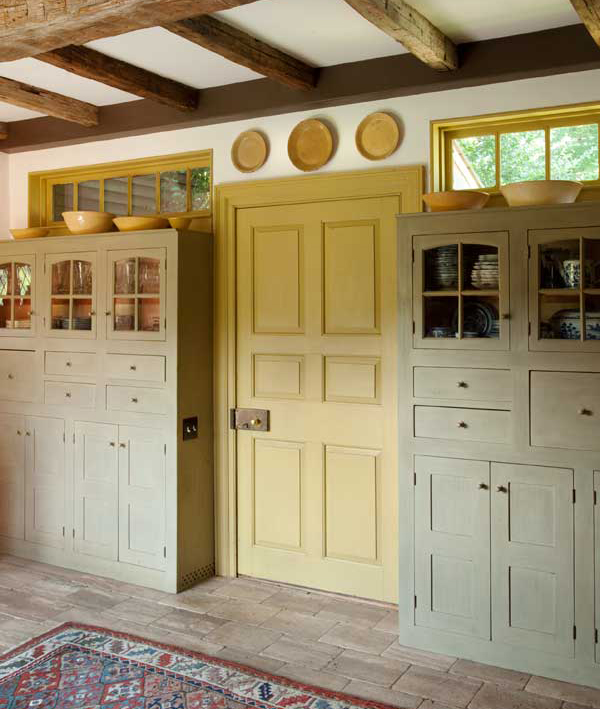 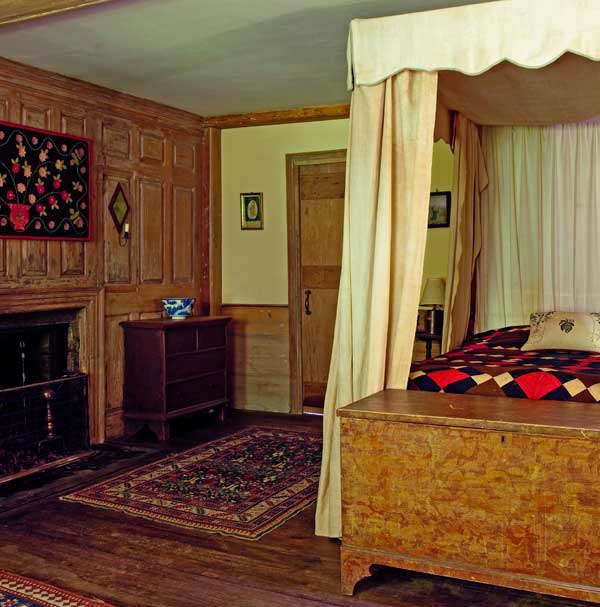 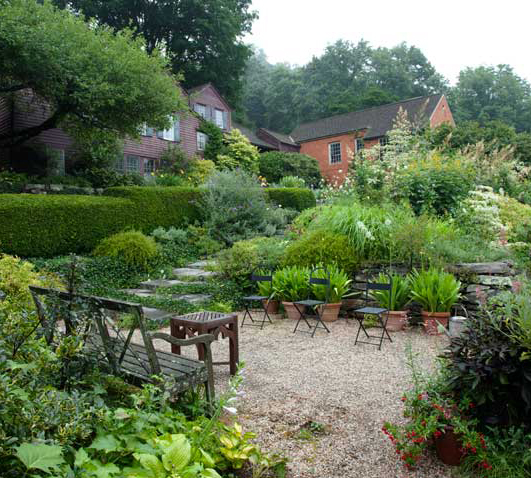 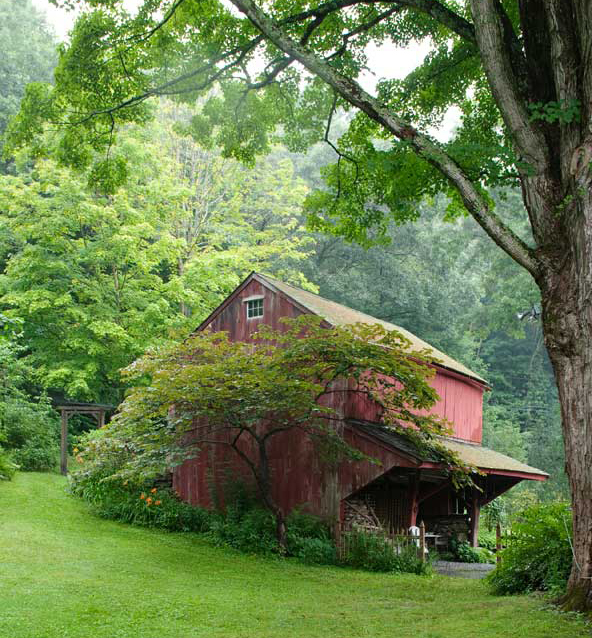 Inside, the house is “cattywampus,” as Schoellkopf calls it—an old American term meaning “askew” or “crooked,” which is usually a sign of true authenticity. He made additions when the French artist Gerald Incandela joined him at Hollister House. They imported an 18th-century barn from the other side of Washington, Connecticut, and it serves today as a large kitchen and living room leading from the new front entry. This structure has a level floor and straight walls at right angles. However, the original old two-story house leans, creaking at the footfall of each visitor. Here, the wide-board wood floors dip up and down, and the plaster and paneled walls slope gently to the ceiling. Guest bedrooms are off a central living space dominated by a huge chimneypiece, and a narrow wooden staircase leads up to a private series of book-filled rooms. Schoellkopf specialized in American folk art and 18th-century furniture in New York for many years, and this charming Colonial house is furnished with pieces that he did not want to sell in his Manhattan store.

Hollister House, named for a local family who owned it for more than 160 years, is a long way from the harsh Texas climate where Schoellkopf grew up. As a child, he tried to plant in a little patch of garden given to him by his mother, and he even had a small greenhouse for a while in New York. But it is here, in Litchfield County, that he is able to live out his twin passions for gardens and all things 18th century.

Asked why we no longer have the fine sense of proportion so evident in the early furniture and architecture of New England, Schoellkopf, who has written about gardening for various magazines, replies that in the past, people were more involved in the making and ordering of things, and therefore their eye became more refined. This also serves to explain the ordered beauty of his garden, which you can see for yourself; it’s open Saturdays from May through September: hollisterhousegarden.org