The fact of life for most young urban professionals is that they eventually marry and move to the leafy enclaves of the suburbs to start a family. This was the case for a city-dwelling couple that hired Southport, Connecticut-based Austin Patterson Disston Architects to design their family home.

“They had just gotten married and had bought this piece of land to build a house for themselves,” says architect McKee “Mac” Patterson. “The lot is a gorgeous, mature old-growth woodland,” he continues. “And it is up quite a steep rise,” affording views of the forest below.

Finance professionals, the couple had no size in mind, but “they were looking for something quite formal, in the spirit of the American colonist,” Patterson says. 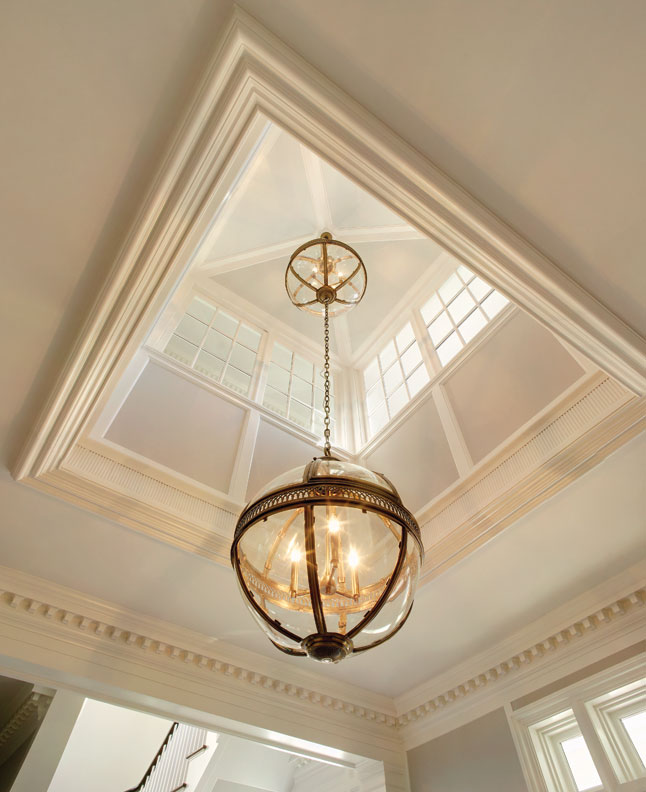 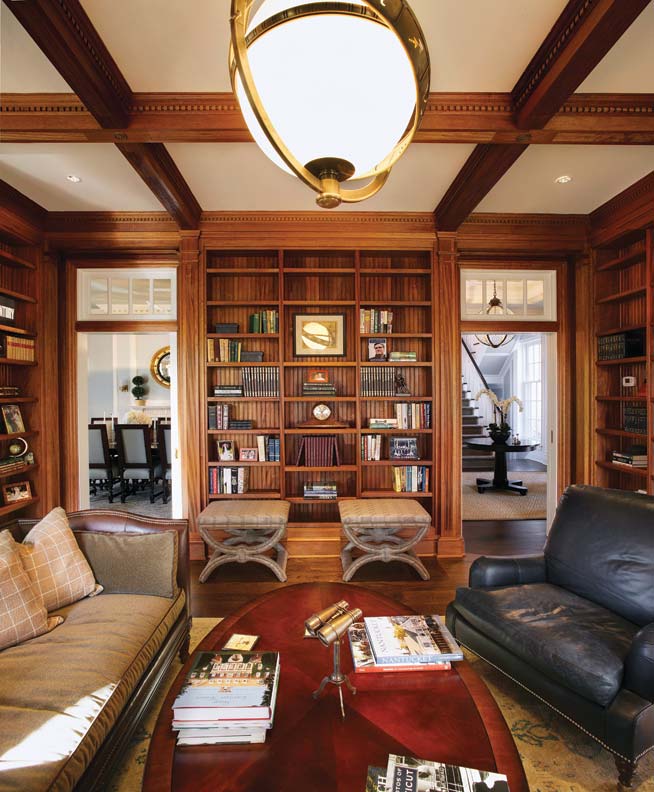 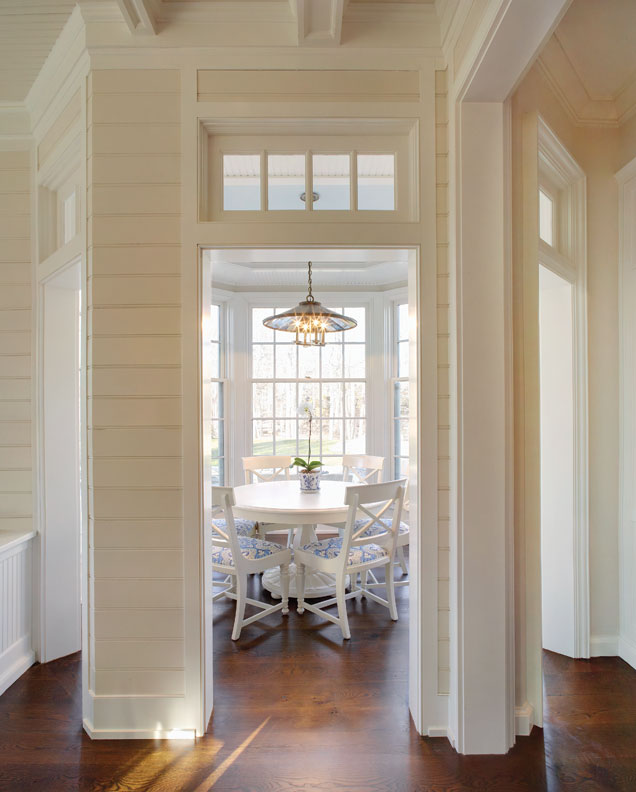 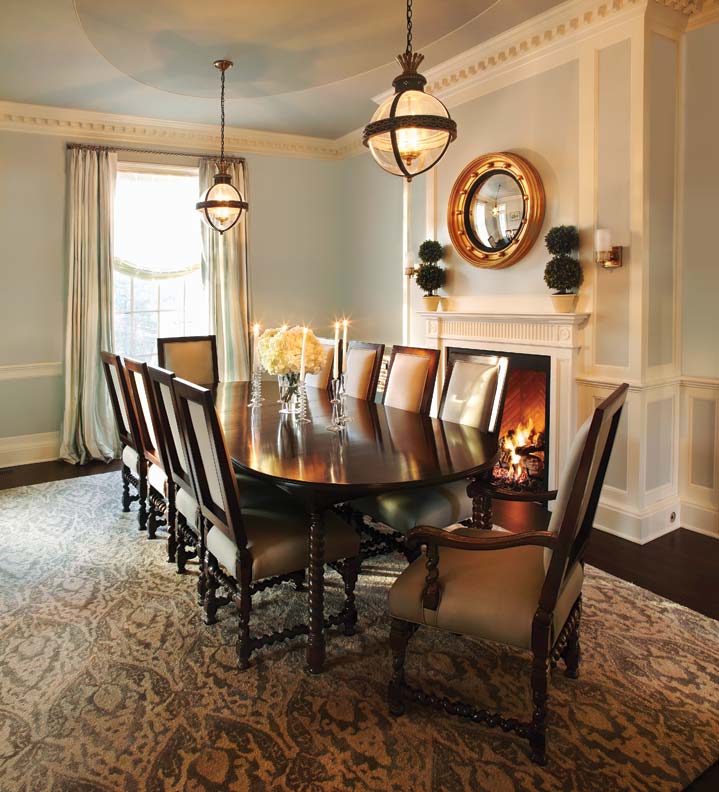 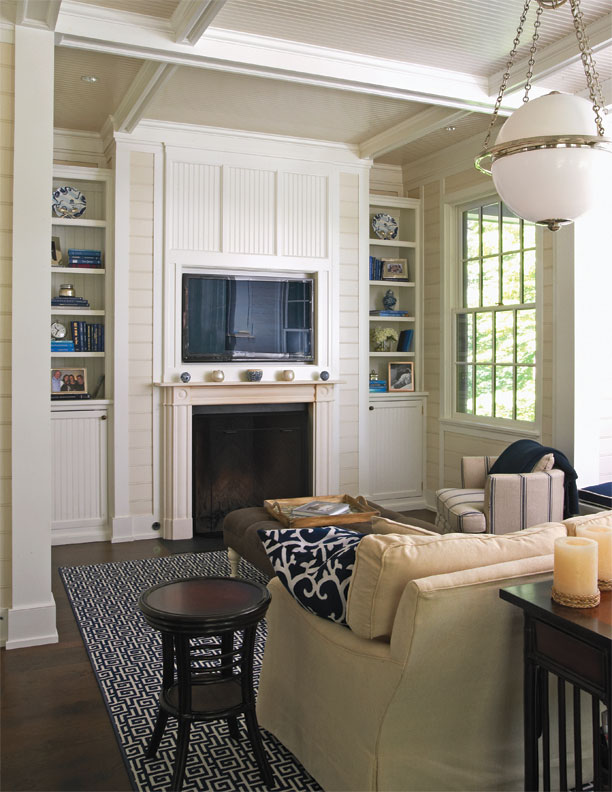 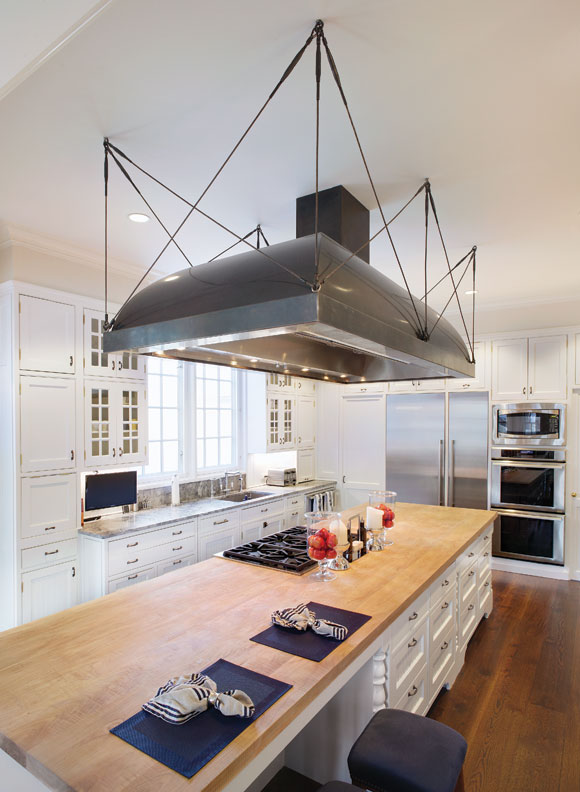 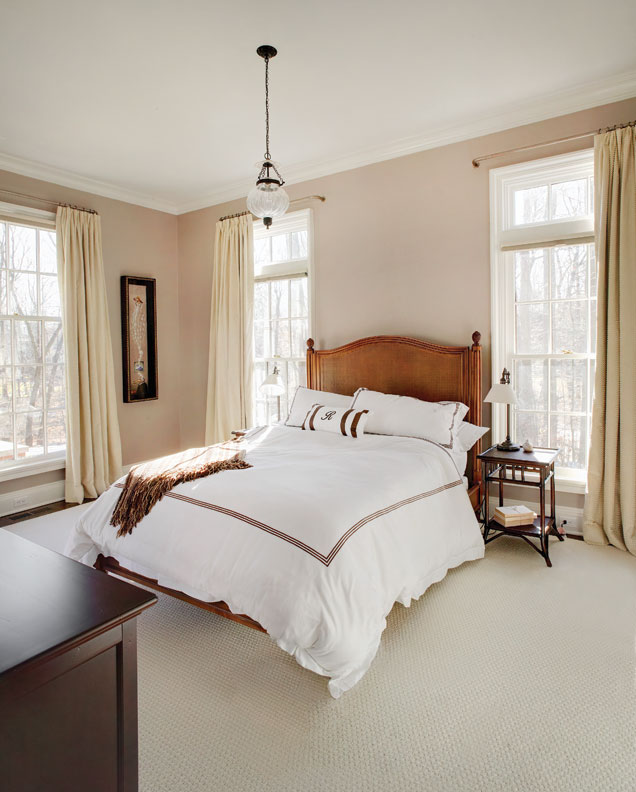 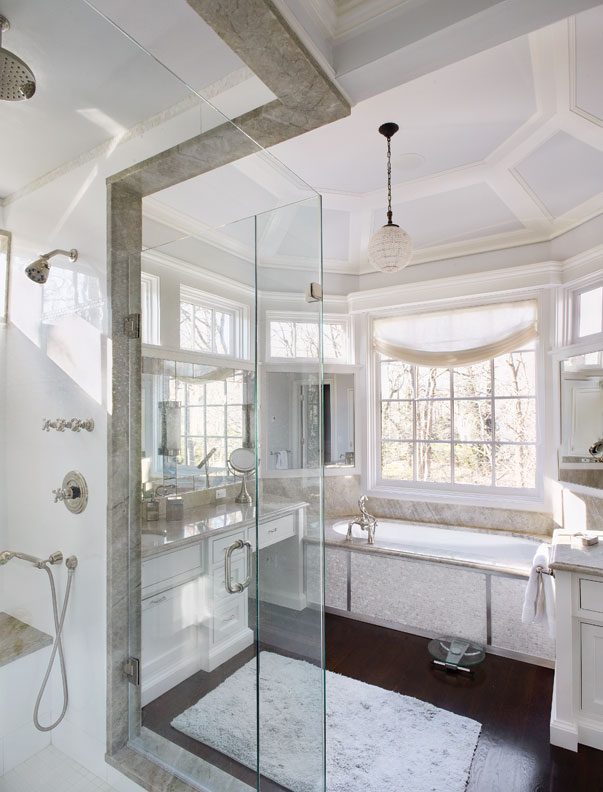 The homeowner explains it this way: “We trusted Mac with the majority of the details, but I think we were looking for a traditional home with some Southern touches that would showcase the interesting architectural details, such as the interior cupola, the dentils in the formal rooms, and the ceiling work in the less formal areas.” She continues, “We weren’t interested in a huge home, but one that was unique and one in which every room was useful.”

The first order of business was dealing with the peculiarities of the sloping lot. Part of the issue, says Patterson, was to get a decent driveway up to the house. “You arrive from below when you come up to this house,” he continues. “And at the same time, we sort of had to build a plateau to land on once you’re finished climbing. This is the reason for the courtyard.”

The courtyard is surrounded by a brick knee wall that serves as a visual plinth for the home, which is clad in buck-joint clapboard and wood shake. Though rooted in Georgian architecture (formal arrival public spaces), the home also offers more relaxed family spaces in the rear of the house. The architect designed the building as two symmetrical wings on either side of the main entrance, which essentially created a balanced house with a few surprises.

Visitors enter a quietly grand entrance hall with a large hanging light and an interior cupola with clerestory windows that bring light into the foyer as well as the master suite above, Patterson says. “A door straight ahead leads to the dining room, and another door off to the side leads to a library. Their living room is the library.” Unlike the rest of the interior, which is trimmed in white-painted maple, the library is outfitted with mahogany millwork and a coffered ceiling.

This library-cum-living room is ideal for how the family lives, the homeowner explains. “We use it as a place where my husband can do work, where we can read a book with a cup of coffee, and also where we can have drinks and chat with friends before a more formal dinner in the dining room,” she says.

A fairly large kitchen anchors the back part of the home, with a large range hood that takes center stage. The clients had more than enough storage spaces already, the architect said, so instead of upper cabinets, he designed this custom blackened stainless-steel hood to illuminate the counter. The dramatic hood is juxtaposed with more subtle and traditional elements such as painted cabinets, and maple and gray stone countertops.

The clients and the architect are thrilled with the results of the home, which, although it’s located in the affluent Greenwich suburb, is not like the homes around it—neither in size nor cost. In fact, it had an extremely tight budget. “It’s not your usual Greenwich big-budget project,” Patterson says. “I was pleased because they still got everything they were looking for and them some, which is terrific.”

The client agrees: “We are thrilled with the results and have enjoyed using our home to relax with our immediate family and for small gatherings of family and friends,” she says. “Everyone seems to love all of the architectural details.”

The Eclectic Architecture of Claremont, California