You’d expect a stay on the Gulf Coast of Florida to be casual and relaxing, yet so many of the winter homes along the coast are fancy and formal, not at all conducive to bare feet and slamming screen doors. But this house on the banks of the Apalachicola River fits the informal mold—a stripped-down, unpretentious home that invites you to brush the sand off your feet as you step onto the porch after a day at the beach. The porch leads through the front door into a traditional wide center hall that extends to the back of the house, encouraging gentle breezes to flow through the house when the doors are open at both ends.

Renovated by architect Hugh Newell Jacobsen, the nineteenth-century house is elegant in a simple kind of way, both historic in its symmetrical floor plan and modern in its open kitchen and dining area. As the author of several cookbooks, the owner, Jane, is a fan of this sort of balance in home and food. For her, simple food and simple architecture both look effortless yet actually grow out of careful planning. 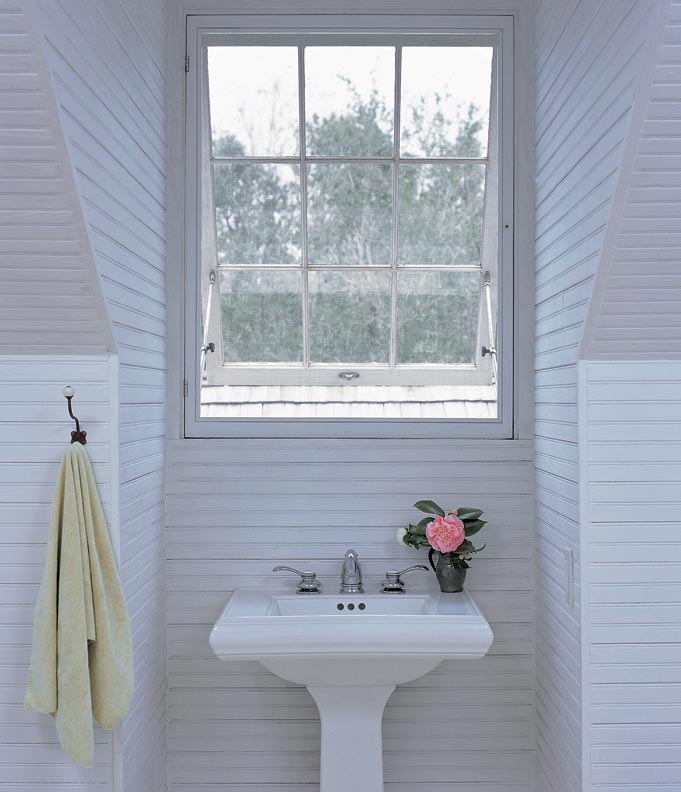 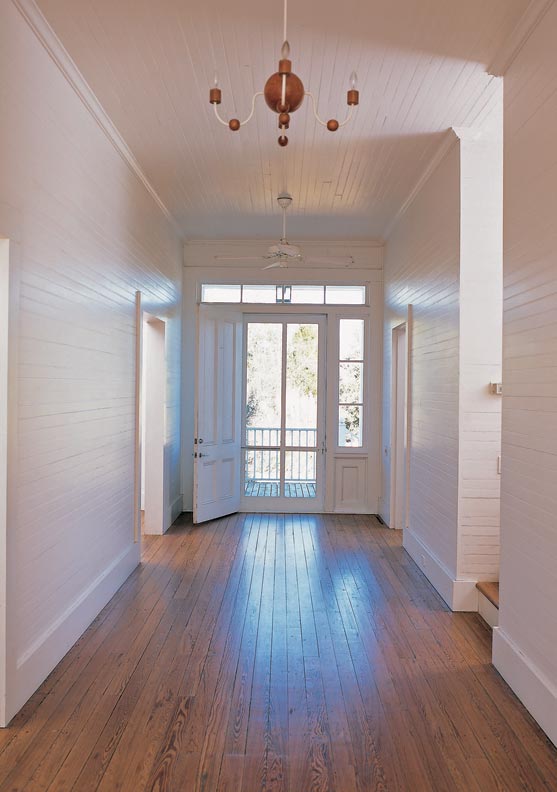 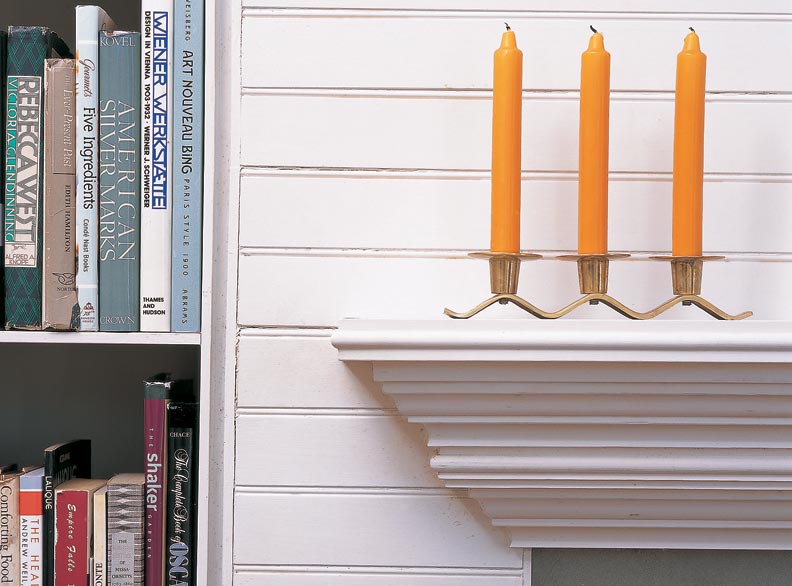 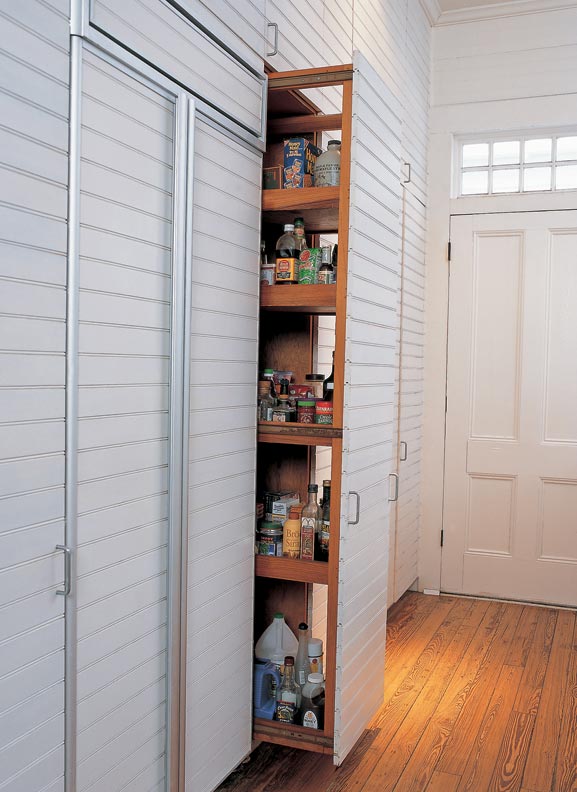 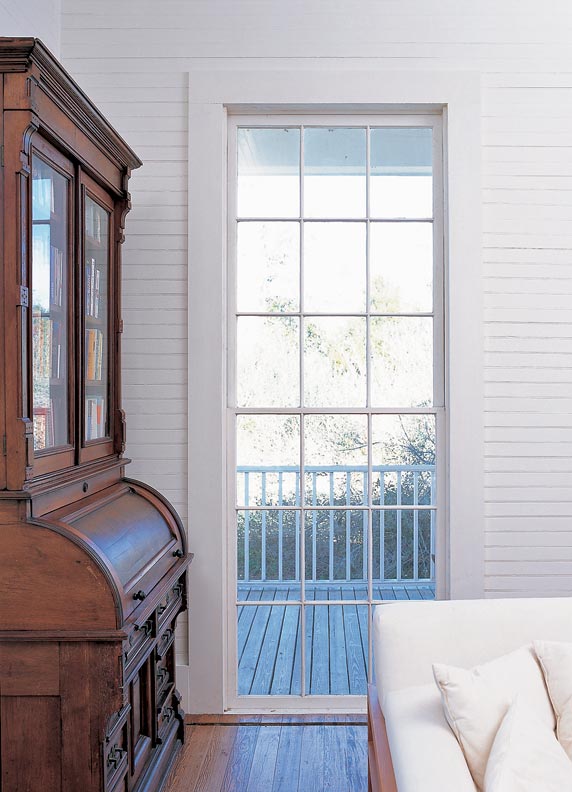 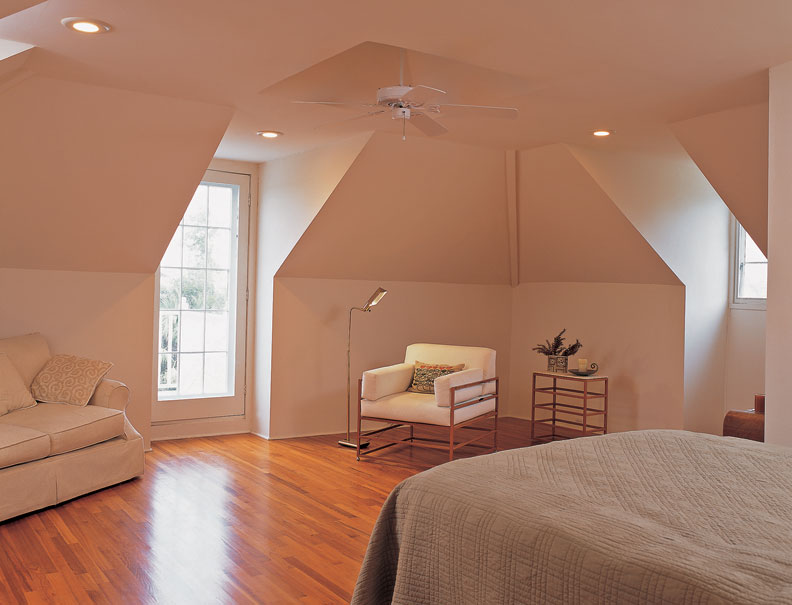 Originally built across town in 1870, the house was moved to this site overlooking a 200-acre nature preserve between the town shrimp-boat harbor and the Apalachicola River. When Jane found the house, it was a little worse for wear, but she fell in love with its historic and humble character. Part of the appeal was the utilitarian horizontal wood beadboard on many of the inside walls, as well as the absence of all but the most basic trim and moldings. The graceful proportions of the rooms, with their 12′ ceilings, evoke the practical solutions of the time before air conditioning, when tall ceilings allowed the hottest air to rise and cooler air to settle at sitting level.

Southern in style, the hipped roof and white-columned porch owe a debt to French Caribbean Creole architecture. From the outside, the tall double-hung windows are symmetrically arranged, as was the fashion in 1870. Inside, the rooms accommodate the exterior classic order of the windows with pleasing square (or almost square) proportions. The symmetry of the floor plan and classic proportions of the rooms are strong enough to hold their own alongside such modern updates as the kitchen and fireplace wall.

From the rear deck, the back door opens directly into a kitchen set up for serious cooking. Storage is located under the counter or in the pantry wall that covers one entire side of the room. Without the need for upper cabinets, the kitchen work area feels open and luxuriously uncluttered. The white and minimal kitchen base cabinets quietly blend into the larger room that also serves as a dining area for the house. Across the rear deck from the kitchen, there’s a small pavilion with two rooms, just far enough away to make the office feel separate from the house and to give the library the feel of a retreat.

The rear deck also gives entry to the back door of the center hall. In today’s world of standardized new home floor plans, this hall might seem large, even wasteful of space. However, its elegant proportions and the graceful way it connects the rooms aligned along each side make it the dramatic focus of the house. Its cool, empty interior gives all the rooms the luxurious feel of space. The stairway off the central hall is recessed into the sidewall, quite a change from the attention-grabbing stairs that swirl up to the second floor of many homes built today.

With a view of the harbor, the living room feels cool and serene in its restrained elegance. In his classic style of paring down what exists to the essentials, architect Hugh Newell Jacobsen designed the renovation to balance the room’s historic proportions with modern features such as the floor-to-ceiling bookcase that emphasizes the room’s height. The wood paneling on the face of the fireplace wall is horizontal beadboard that, back in 1870, would have been considered a poor man’s decorating solution. Today, we appreciate it as an inexpensive and eloquent wall finish. In this modern interpretation of historic character, the fireplace mantel, deep baseboard, and ceiling crown molding provide the feel of authenticity with modern restraint.

Across the hall from the living room and kitchen are two bedrooms and a small bath. Entering the house, you would hardly know these rooms were there until you come through the openings off the hall to discover them. Spare and minimal in size, the bathroom tucks behind the stair in the available space. Respecting the geometry of the old house, it is a beautifully simple way to fit modern conveniences into an existing structure.

Upstairs, the master bedroom and bath occupy the entire vault of the hipped roof, remodeled from the attic of the original 1870 house. With dormers on all sides, the rooms command the views of the shrimp harbor, nature preserve, and river beyond. Understated in its design, the bedroom is all that is needed and no more: the essence of a simple home.

In cooking as in home design, the seemingly simple recipe can actually be harder to follow than a more elaborate one. Ironically, it takes a lot of knowledge to do things that look simple. Good cooks who are experts at delicious and simple fare have matured through the gussying-up phase of using too many ingredients for a muddy outcome. Architects who are masters of understatement have moved beyond complexity and contradiction to distill down the pieces of complex problems. In this renovation, the essence of the original historic house lies in its room proportions, porches, and multi-paned windows with their shutters. Jane’s Gulf Coast house is a timeless classic that required subtle flavors for its updates to meet the needs of new and old. Her renovated home doesn’t shout at the neighbors; it’s pared down to the play of light and shadow on white and wood.

In the introduction to one of her cookbooks, Jane writes: “I cook for myself because I like to eat well. I also want to prepare economical meals that are good for me and are centered around seasonal food. It’s as simple as that.” In her single life, solving the complexities of going solo in the kitchen has gone hand in hand with enjoying the simple pleasures of life—good friends, fresh air, fresh food, and a house that’s not quite as simple as it first appears.