Architects don’t usually begin a new design by demolishing their clients’ dreams for their property. But when architect Donald Lococo saw the 1920s barn that his clients wanted to raze and replace with a new home, he began a campaign to save the barn and build a nearby home that would make the barn the star of the show.

“These barns are so majestic,” says Lococo, the principal of Donald Lococo Architects in Washington, D.C., and a practicing architect for 25 years. “They’re an essential part of Americana that’s now essentially gone. I wanted to design a home that would genuflect to the barn.”

Today, the suburban property in McLean, Virginia, is a visual triumph, with the barn set amid copses of hardwood trees and adjacent to it, a perfectly complementary two-story home in American farmhouse style.

The home’s exterior is a beauty of stone and light, at once shining with early 20th-century farmhouse style and the sparkle of a new home. Set in its lush surroundings, the house—with a granite and batten-board exterior, deep windows, a row of second-story dormers, and a welcoming entry appears to have served families long ago and could easily carry many more into the future.

To achieve a design that did justice to both the home and barn, Lococo drew a long, thin plan for the 12,000-square-foot house, with the mass presented in small additive pieces. With the help of general contractor Tony Paulos of the Block Builders Group in Bethesda, Maryland, Lococo positioned the new home for beautiful views toward the barn and its backdrop of rolling hills intersected by stone walls. A small cottage nearby was redesigned as a pool house.

In the beginning, the homeowners, a couple with grown children, had very different ideas about what they wanted in their new house. She wanted a light, elegant space; he wanted rustic. “Rather than brokering a compromise,” Lococo says—which he figures may have ended with at least one unhappy client—“I layered and intertwined their design wishes.” A clean elegance was achieved with a seemingly open floor plan, windows that separate spaces, and a great deal of light. The use of reclaimed and natural materials fulfilled a mutual desire of the couple’s, as well as the husband’s wish for rusticity.

While the home and barn look like they’ve always occupied the space, Lococo started the project with an ethereal emotional attachment he couldn’t quite define. “Part of convincing the owners to save the barn involved convincing myself,” he recalls. “I always manage to wander around a property before I’m inspired to build upon it, and invariably I found myself wandering and staying in the barn and wondering how it was used and who used it, looking for clues and imagining what would have been there.”

He found slots, holes, markings left by animals and the barn’s long-ago farmhands, and “fantastic truss-work” in the barn’s attic. He also found a shoemaker’s table, complete with old tools, which took on an emotionalism that endeared all the participants in the project. “It became a centerpiece and a symbol of this project,” Lococo says. It is also meaningful to the area, a once-rural swath of land that was dotted with beautiful old barns. This one, Lococo says, is the last one standing. Today, the table stands in the back foyer, a pristine board-and-batten space with chrome and porcelain fixtures.

While Lococo has designed both historic and ultra-modern homes (his notable clients include Bill and Hillary Clinton), he knew this project required a very special touch. “I wanted a house that more directly referenced—unlike some of the homes in the area—a fidelity to the integrity of the past.”

Lococo and the homeowners accomplished the home’s interior design together, creating a warm, homey feel. A dining table from England, and wallpaper and fabric in the family room and kitchen, warm the rooms. “I didn’t want the interior to feel too sterile or stoic,” Lococo says.

The property has achieved a special place in the area as a reflection of history amid a cluster of new homes. “It was such a point of departure from many of the homes, which referenced things other than what the street once was,” Lococo says. “I wanted a home that felt like it was there much earlier than the other houses, and in ways, almost older than the street itself.”

The farmhouse style, and Lococo’s deft use of mass and scale, give the house an intimacy that modern houses don’t often achieve. “I find at this point in my career that I pay great attention to visualizing rooms in scale, instead of just seeing a space,” Lococo says. “Once that’s achieved, rooms can feel warm and cozy.” 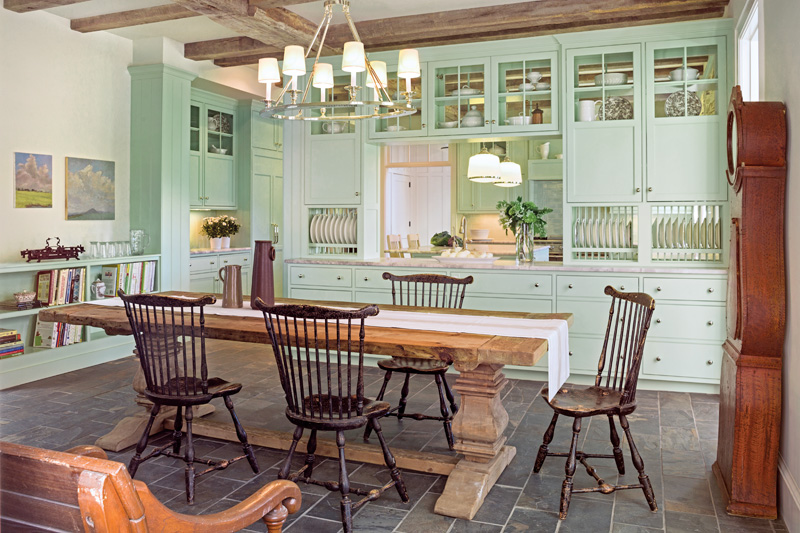 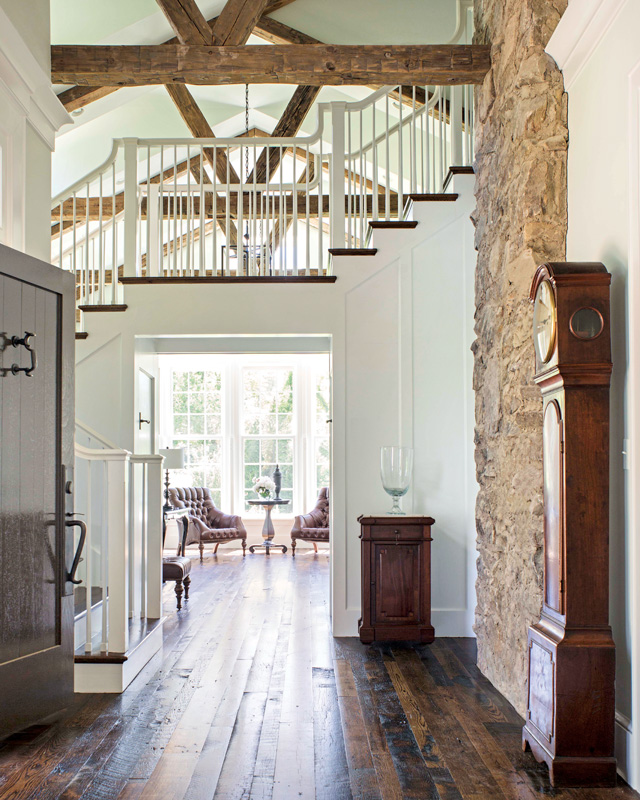 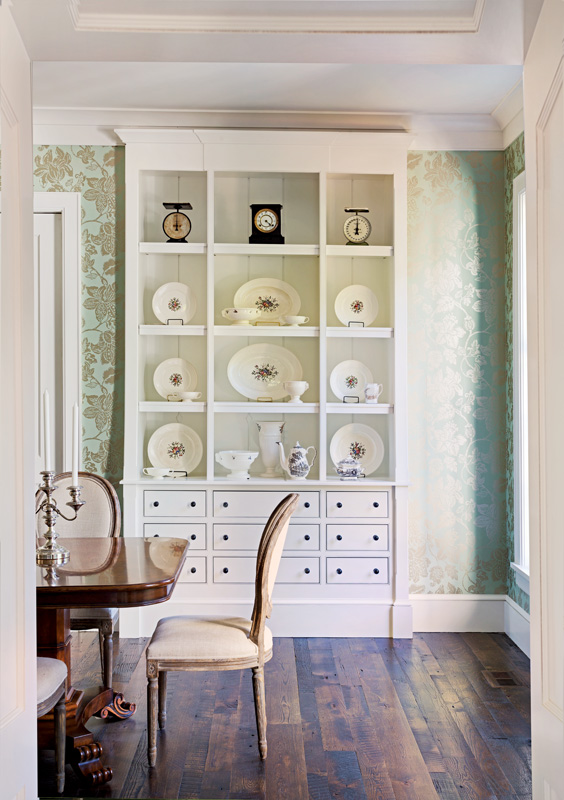 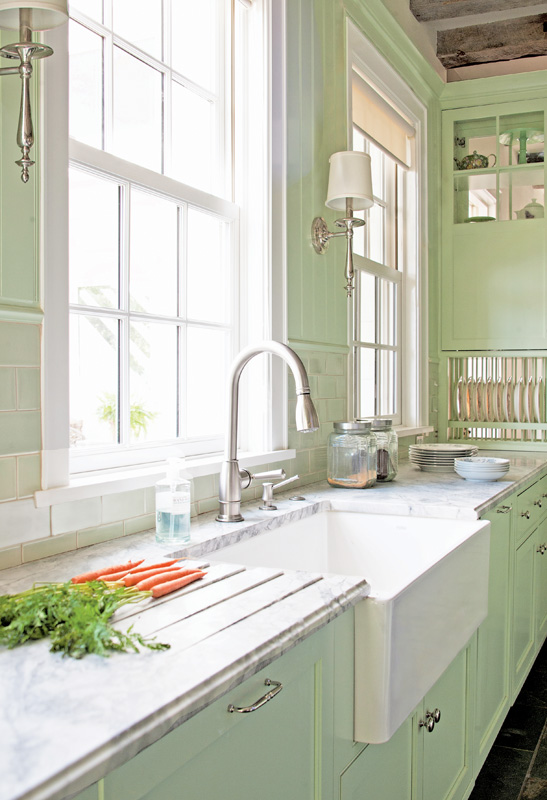 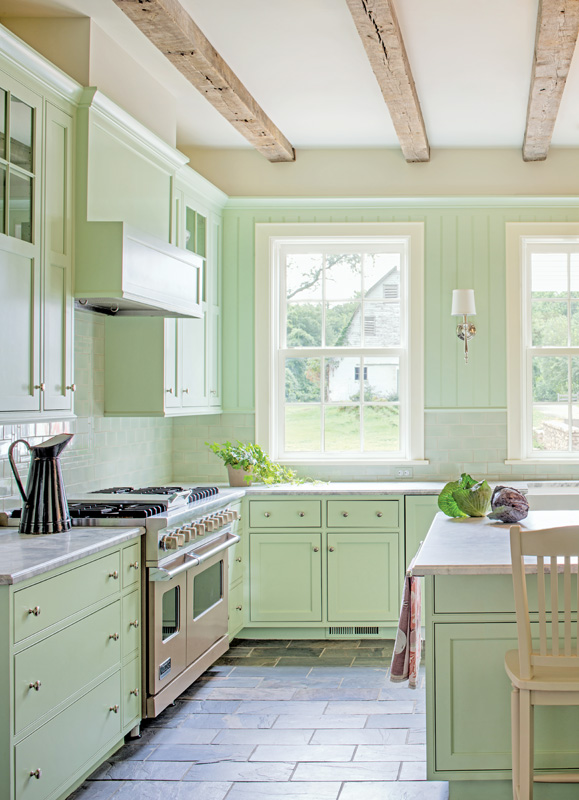 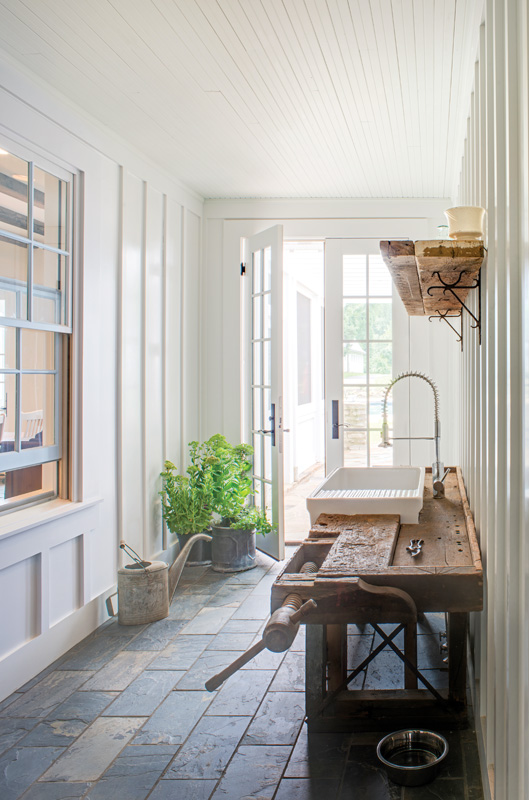