A honeymoon in Downeast Maine left a lasting impression. My husband, Patrick, and I are artists who share a mutual affection for antique houses. Running a successful restoration business in the Hamptons, we longed for our own place to restore. In 2001, while surfing the Internet, we clicked on our dream: a simple hip-roofed farmhouse on an eight-acre farm overlooking Boyden’s Lake in Perry, Maine.

The solid house was built by Nathaniel and Mary Golding in 1893, and became the residence of their son, Robert N. Golding, from 1917 until his death in 1969. Mr. Golding was well known in the area as a farmer, hunter, woodsman, guide—and celebrated storyteller. 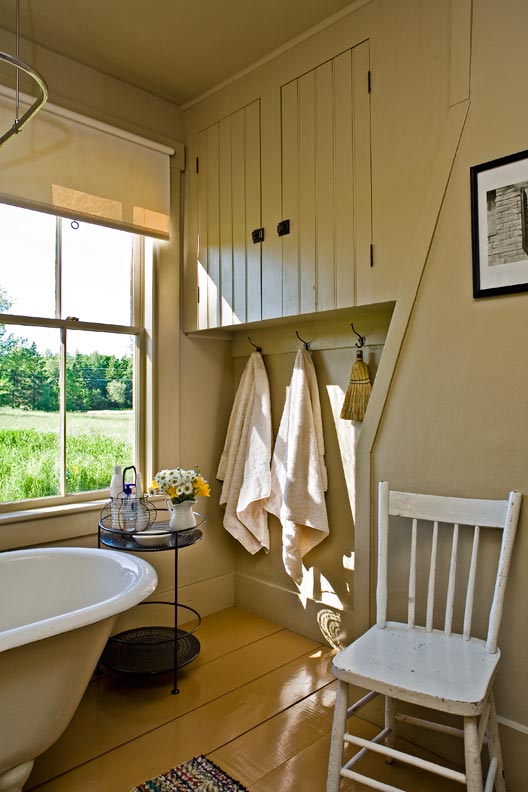 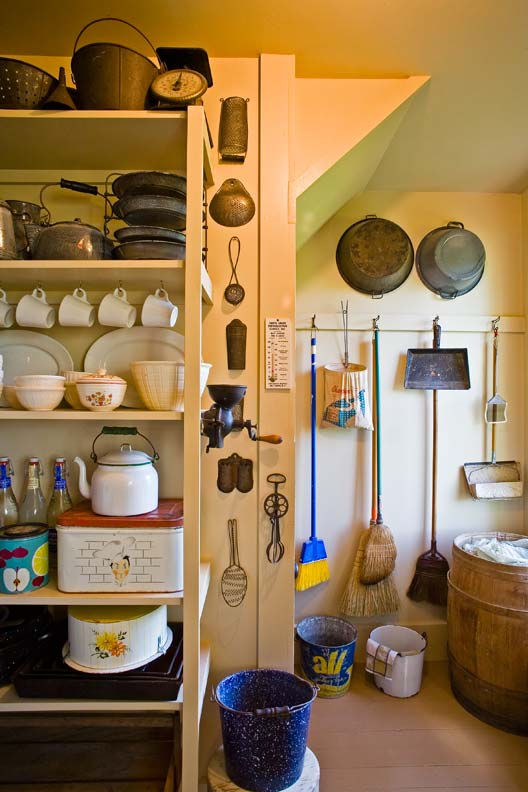 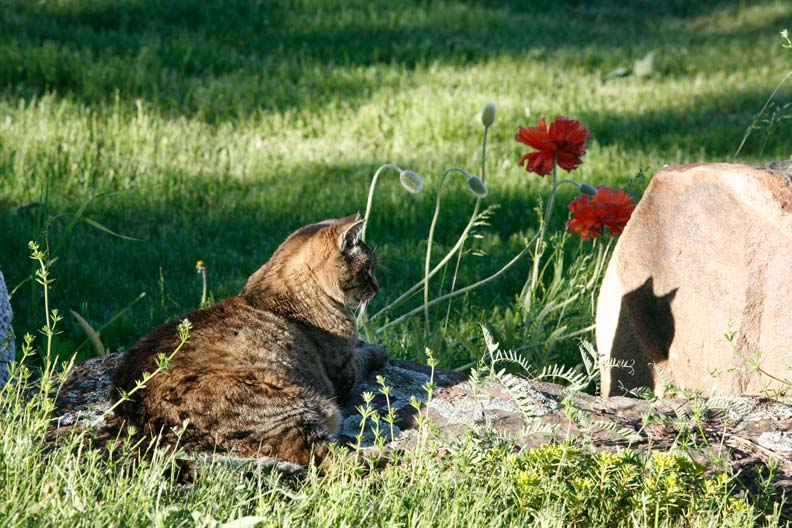 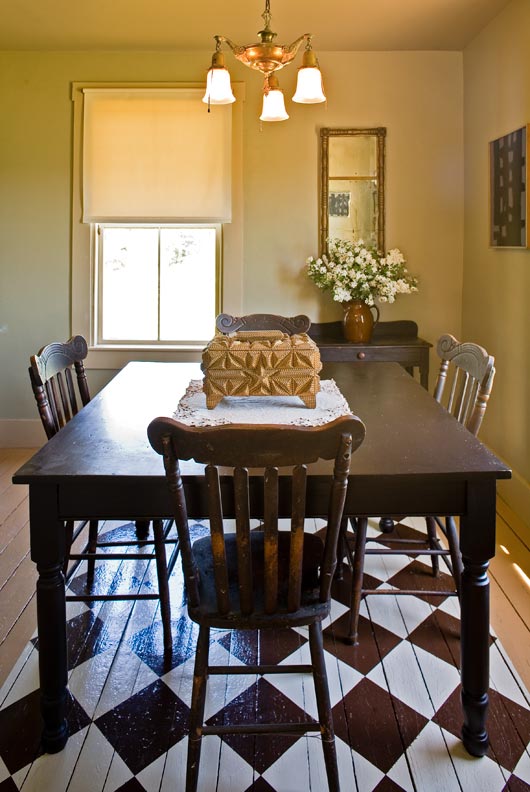 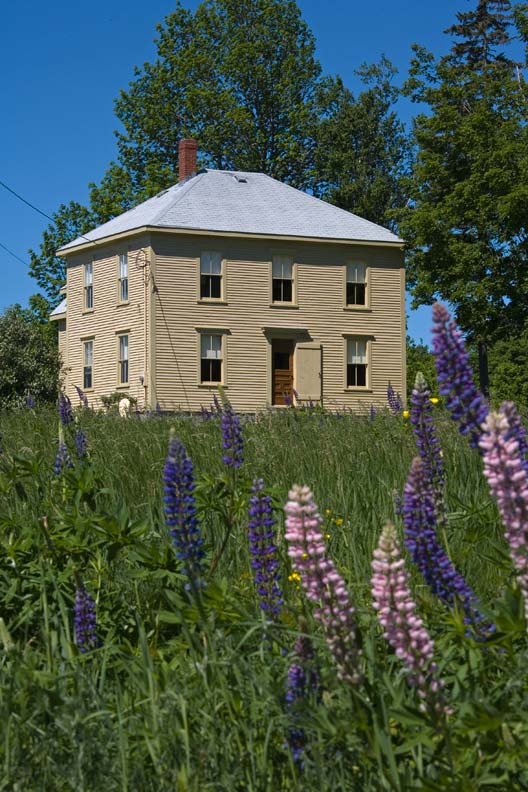 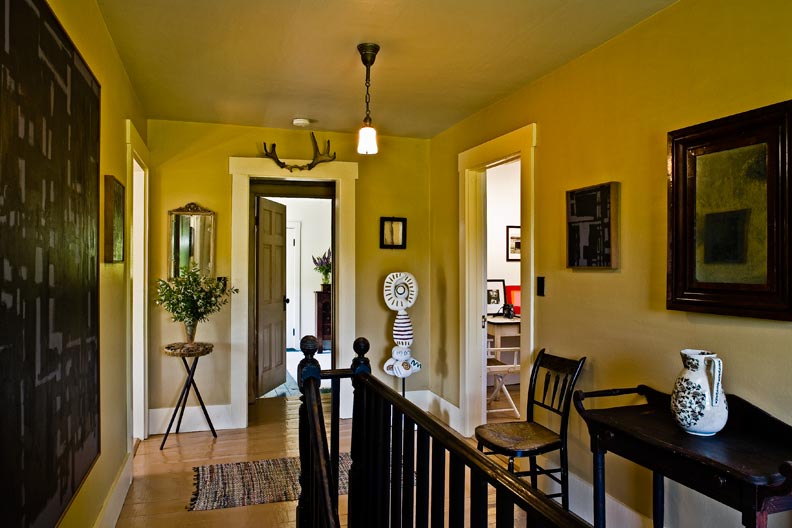 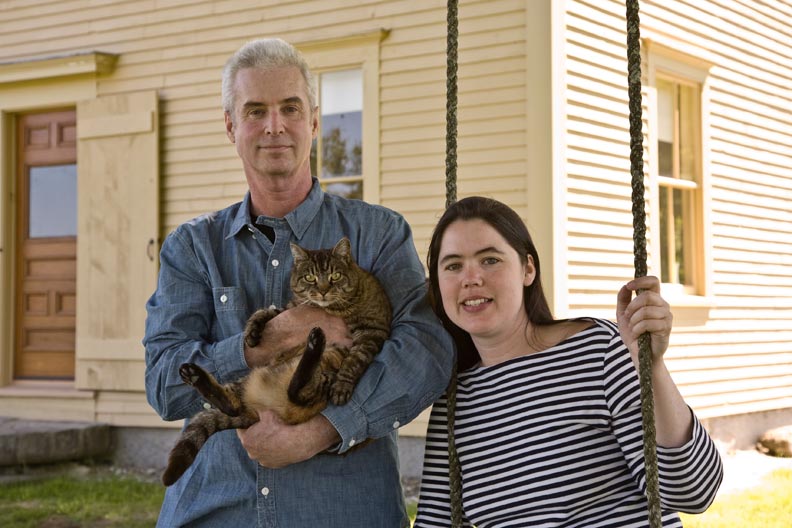 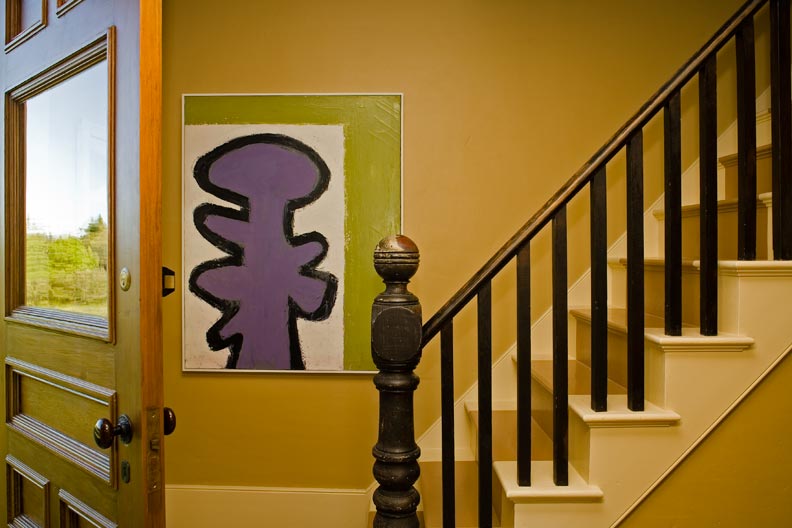 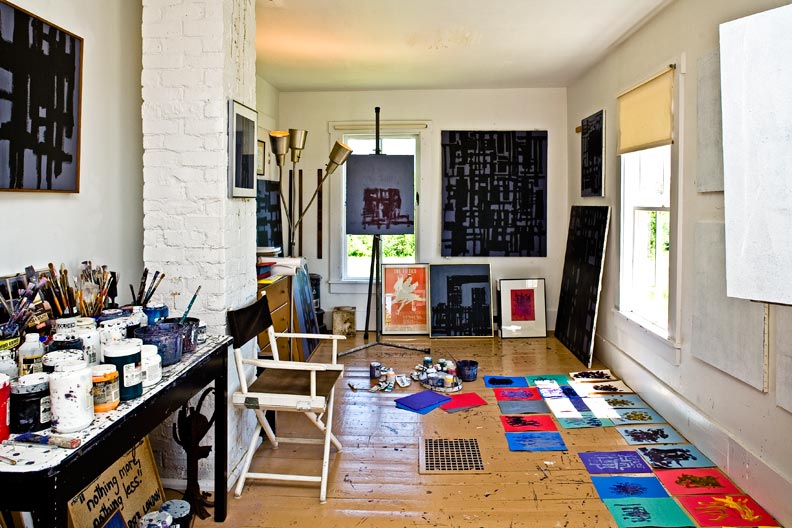 When we began our restoration, we didn’t expect to find such a volume of material. Golding family descendants and friends have given us photographs, letters, and personal objects. We made a surprising find at the University of Maine Folklife Center in Orono: hours and hours of audio reels, recorded in the 1920s by Thomas Archibald “Archie” Stewart, folklorist Dr. Edward “Sandy” Ives, and Maine humorist Marshall Dodge, of Rob Golding telling his legendary stories. They preserve the memories, wisdom and wit of Rob’s life in rural Maine during the late-19th and early-20th centuries.

The farmers’ Foursquare block, built around 1893, consists of a central hall and the dining room, the living room (originally a kitchen), a bathroom in what was a pantry, and an office (the old parlor). Upstairs now are his and hers studios in former bedrooms, along with the guest room that once belonged to Nathaniel and Mary Golding.

The 1935 addition is home to today’s kitchen, pantry, mudroom, and workshop (once the toolshed). The master bedroom is over the kitchen. Patrick and I have accomplished extensive restoration, including re-creation of an ideal 1930s-era kitchen, pantry, and bathroom using period fixtures, a vintage Florence stove, and the clawfoot tub that was in the house. Our philosophy has been to do as little damage as possible to the original fabric of the house, and to replace lost elements that are important. Our improvements have to respect and reflect the building’s 116-year history. We’ve chosen finishes inspired by the original choices of the Golding family.

Throughout the house, simple rooms strike a balance between old (antiques connecting us with history) and new (contemporary art as food for the spirit). As for decoration, we surround ourselves with things we love. We use canvas pull-shades just like the originals we found in the attic. Antique rugs lay in every room—except in the dining room, which has a checkerboard painted floor under the square.

Every room has its treasure. One grandma’s pantry cupboard sits in the office, another’s tramp-art box is on the dining table. An 1840s Connecticut ogee clocks keeps time in the living room, across from a six-board, dovetailed captain’s chest from Ohio. The 1820s mahogany Empire chest in the master bedroom was made locally. We hung a vintage Indian blanket over the balustrade, along with a black sheepskin we found in the garage.

A few years ago, I moved a later perennial garden from the front yard, to expose the original rock wall. Our heirloom orchard needed lots of TLC after many years of neglect—and the incursion of a Rosa rugosa hedge. Every June, the front and back fields fill with lupines.