These homeowners became engaged while visiting Pakistan. She said yes to his proposal, and he assumed they’d live in his house in Brooklyn’s Park Slope neighborhood. She said, not so fast. He’d bought the house decades earlier with another woman. Eventually they struck a deal: she would have a free hand with the redecoration of the interior.

The limestone row house was built in 1902 for U.S. Senator, Congressman, and Brooklyn builder William Musgrave Calder. Both of today’s owners are world travelers who’d brought home exotic textiles and metalwork from China, Pakistan, Turkey, and other far-flung parts of the globe.

A Moorish theme first asserted itself in the dining room. The elaborate beams and coved ceiling were coated with paint, and the stained-glass windows hadn’t been cleaned in decades. After the woodwork was restored and the windows cleaned, the wife worked with an artist to create the Islamic-inspired designs on the ceiling. The various arabesques and cartouches came from a book on Islamic art. “There are designs in the Blue Mosque in Istanbul that are almost identical to the arabesque pattern,” she says.

The couple knew they wanted a Turkish Corner somewhere in the house and had a clear vision for it. The raised-panel ceiling fixture and bed were fabricated in Morocco by way of a New York company. Draped with an oriental rug, piled high with pillows, and lit with filigreed sconces that suggest the romance of Old Morocco, the Turkish Corner is large and comfortable enough to accommodate the entire family. A low Thebes stool and a hookah complete the mood. 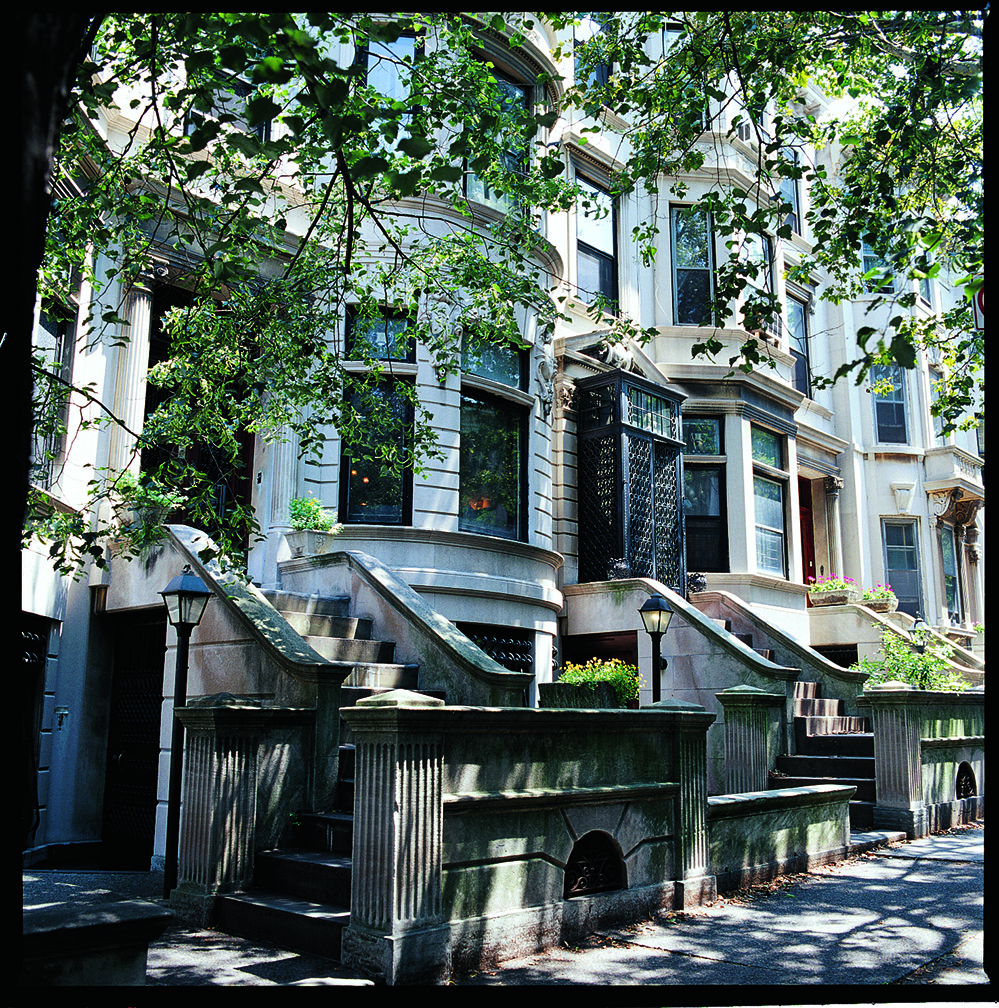