“We hadn’t been in the house six hours,” says Daniel Donnelly, “when we tore off the existing mantelpiece—a boxy faux-Georgian affair with dentil moldings. The original cast-concrete mantel was still there underneath it!”

An unusual house to begin with, the Streamline-style or Art Moderne residence had been artlessly “modernized” in recent decades, so it took people with vision to restore it. Daniel and Patricia Donnelly were up to the challenge. As dealers in Mid-century Modern furnishings with a love of Art Deco, they immediately recognized the potential of the 1939 house, which was designed by architect Thomas Parker for the portrait photographer Thomas McEvoy. 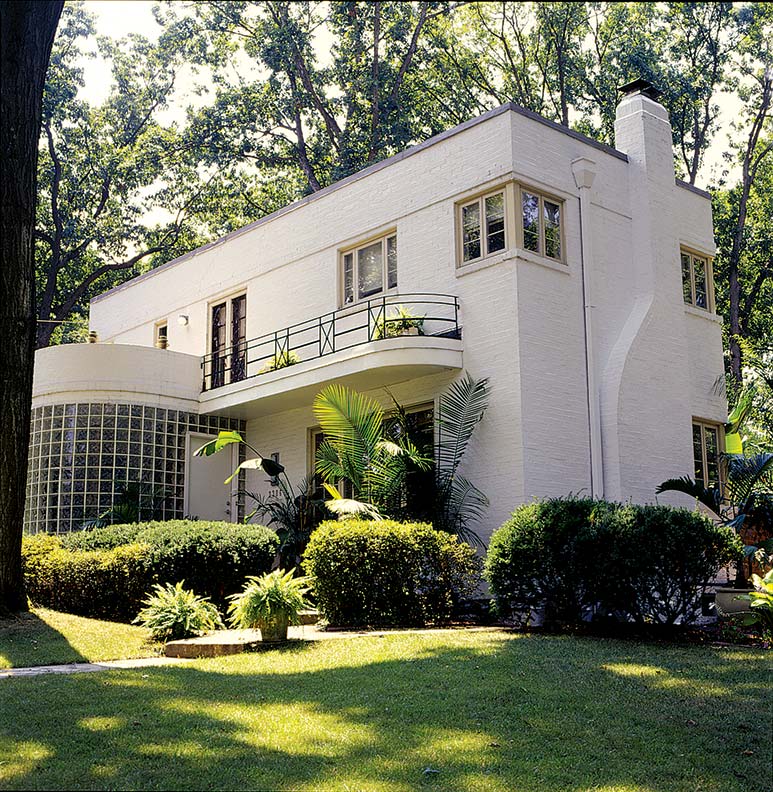 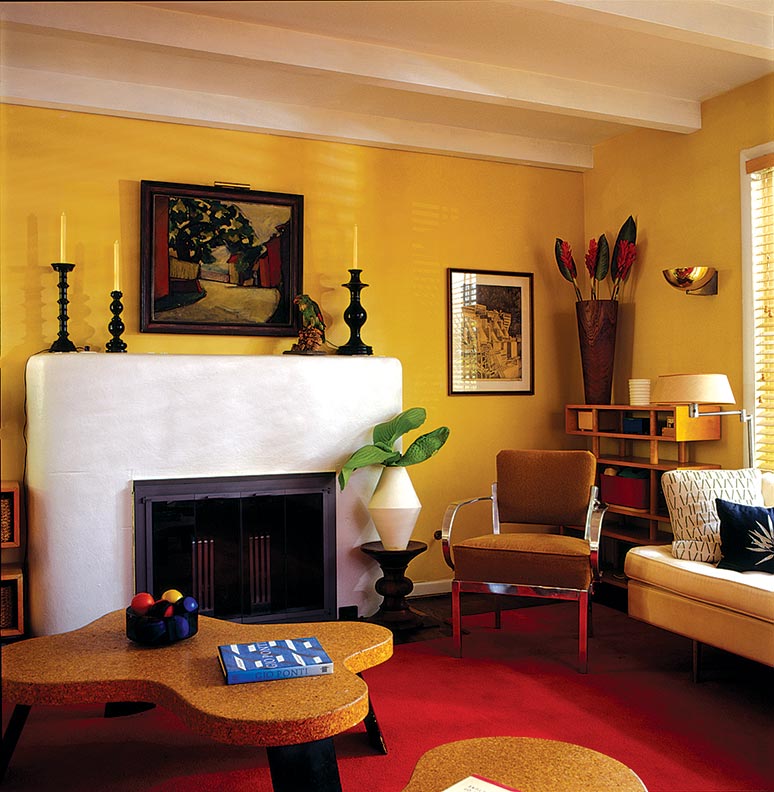 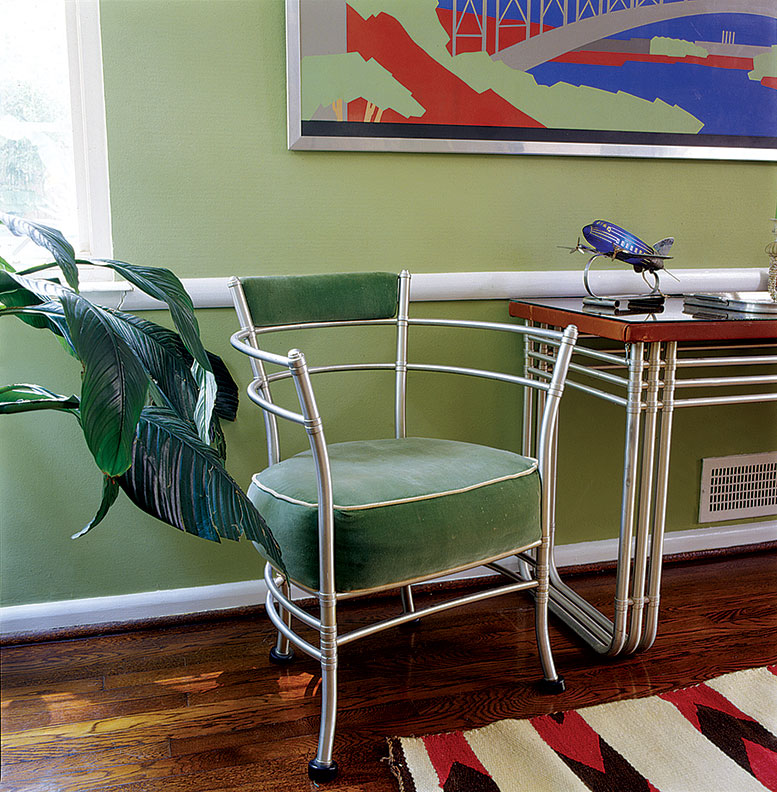 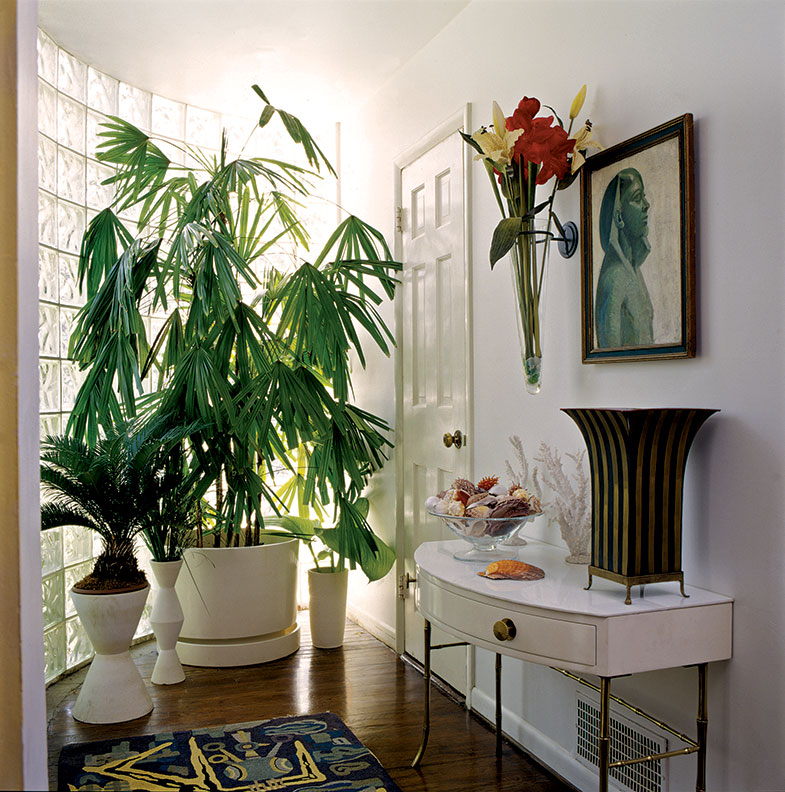 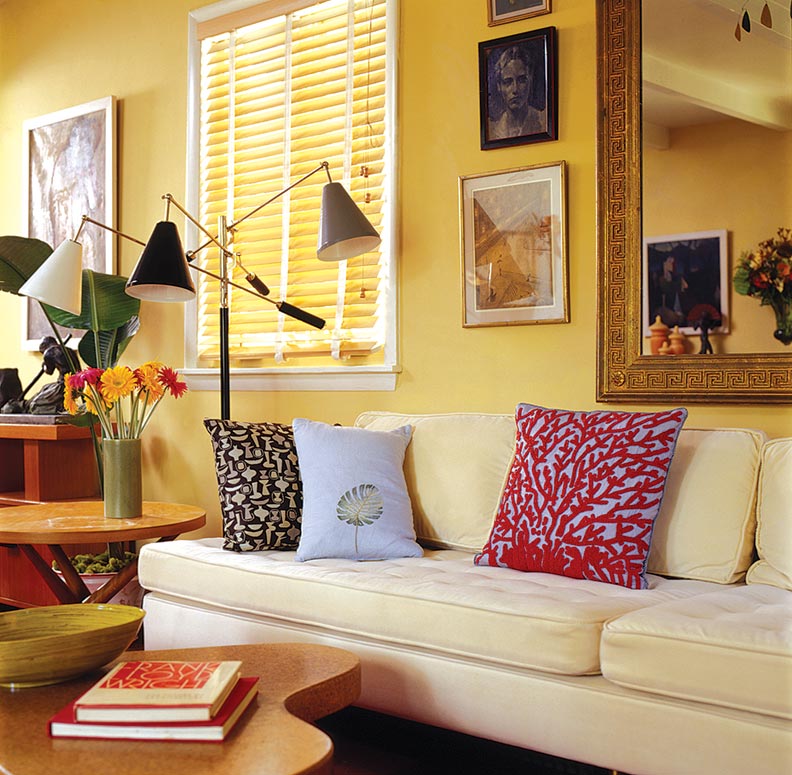 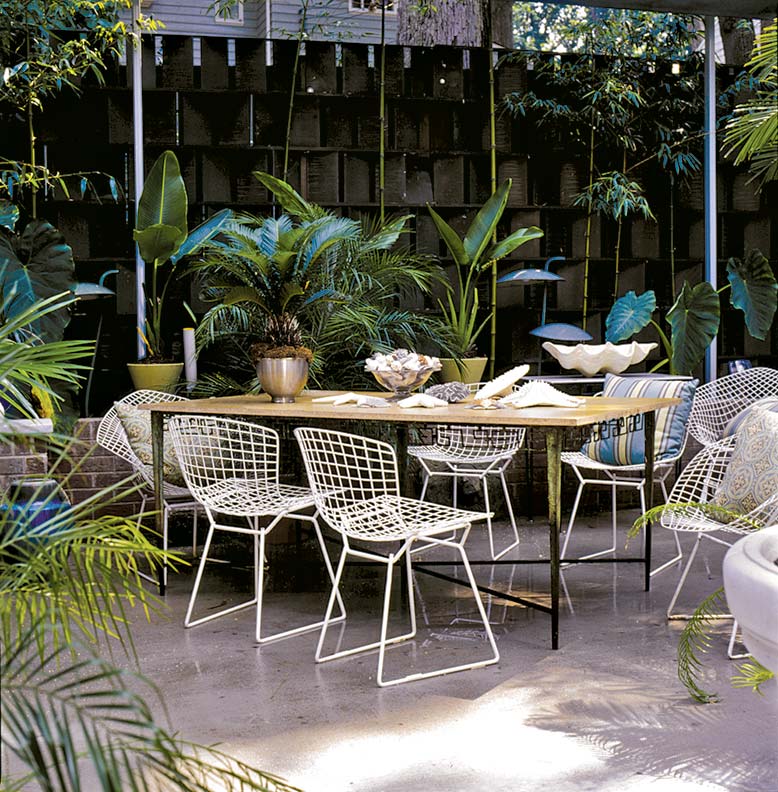 Determined to preserve the property despite their family’s need for more space, they found extra room without changing the original footprint. “We added a bedroom by going under the house and expanding the basement,” Daniel explains—instead of adding a wing, a common solution.

Unlike the concrete mantel, the balustrade of the main staircase was long gone. Having been in the business since the 1980s, the Donnellys just happened to have salvaged the aft staircase of the S.S. United States, which they adapted for installation. With its graceful metalwork lines, it appears original to the house. The 1930s lighting fixtures had been replaced, too, so the couple put in their own favorite period pieces, such as the Kurt Versen sconces in the parlor.

The stylish house all but demanded furnishings of the same design period, and who better to pull it off than two impassioned collectors? “I was conscripted into the estate-auction business by my auctioneer father and my interior-designer mother,” laughs Daniel Donnelly. “As early as 1984, I was prowling the back-roads of western Pennsylvania looking for Mission and Modern.”

Twenty-five years of collecting has yielded an impressive assemblage, and rooms reveal a discerning eye. Hung on a dining-room wall is a striking mural of the Harlem River Bridge, composed of inlaid Formica. “It’s part of a 50′-long mural of New York City from the Woolworth’s on 5th Avenue done before laser-cutting,” Daniel remarks. “The mural is an amazing piece.” The room also features graceful aluminum furniture by Warren McArthur: “He based his work on neoclassical forms, and it’s comprised of individual elements stacked and connected by internal tension rods.”

Beyond appreciating the furniture and decorative objects, visitors also notice the abundance of house plants. “After indulging our love for the furniture of this era, I became obsessed with how plant forms reference the items in the collection,” says Daniel. The theme carries through the house and to the outdoor dining area, which incorporates vintage architectural panels offset by a lush array of plantings and more furniture from the Donnellys’ collection.