New York’s Upper West Side steadfastly remains a charming and old-fashioned neighborhood of tree-lined streets and turn-of-the-century brownstones. In one of those elegant old row houses, paint-decorator and muralist Robert Braun makes his home in what was once just the front parlor and entry hall. Over the past 20 years, he has transformed a tiny, nondescript apartment of 385 square feet into this exquisite Arts & Crafts salon.

Relying on his skills as a professional scenic artist, Robert says, “I rolled up my sleeves” to transform every square inch of the diminutive space. “I’ve always enjoyed historic interiors for my projects,” he explains. “The Tudor rose designs in the corner blocks of the window trim gave me the English Arts & Crafts theme.”

Robert Braun’s true genius lies in his decorative painting. Its unique artistry sets this space apart from other revival rooms. He designed a Gothic foliage frieze, anchored with a quotation from Chaucer. Undulating green foliage, its underside in contrasting red, was hand-painted on canvas, then installed in place at the top of the walls. He hand-stenciled the diaper pattern of the polychrome dado (also on canvas) and mounted it above the baseboard. The dado’s rich copper and greens are complemented by reproduction William Morris-designed fabrics used throughout the room. Finally, Robert stenciled the wall fill area using bronzing powders in gold, green, and copper. The room shimmers in sunlight streaming through tall windows. 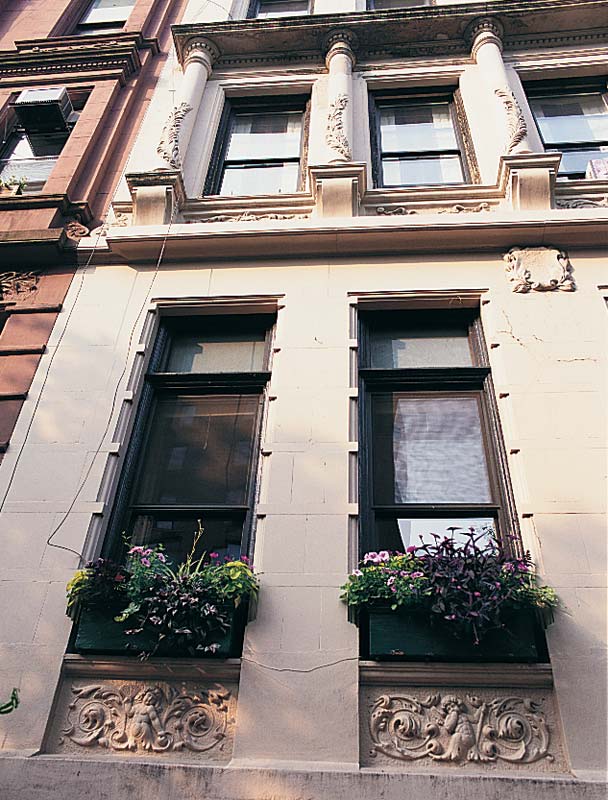 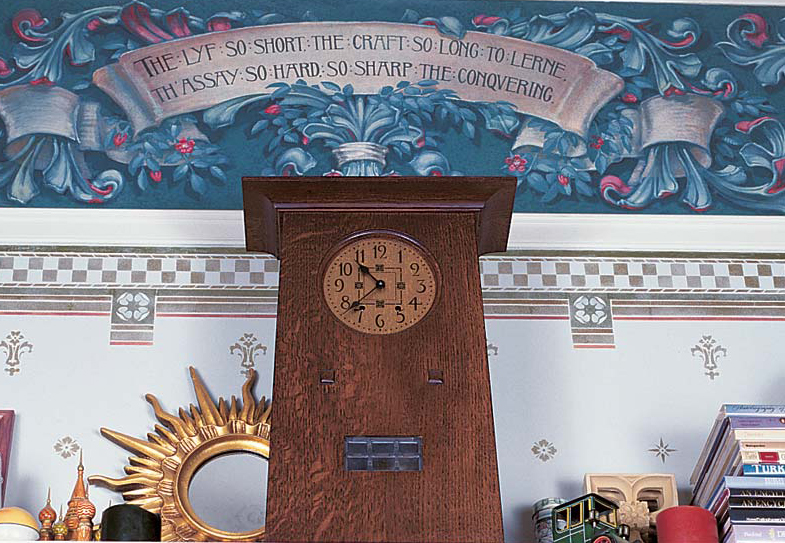 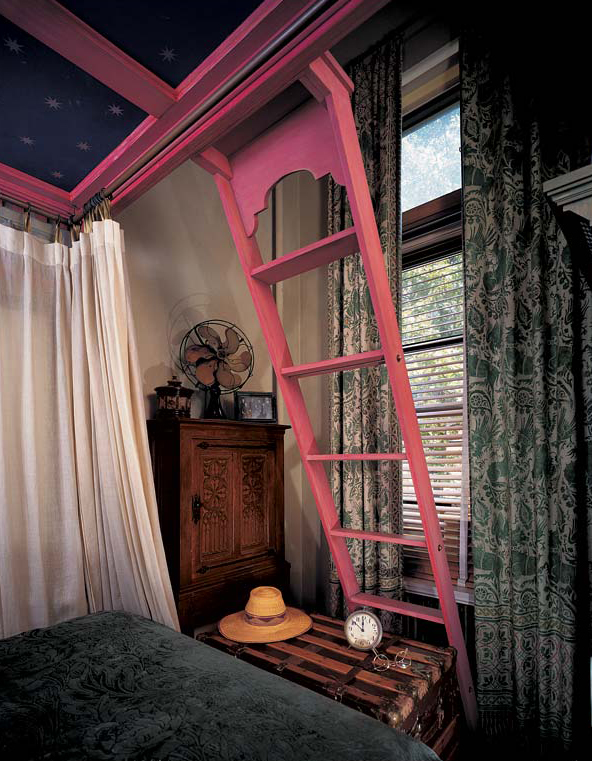 Before he began his transformation with paint, Robert Braun had to restore the architecture of the room. His apartment still held the grandeur of its past, with 12′ ceilings, tall windows, built-in wood shutters, bold moldings, and a plaster ceiling medallion.

As always, Robert approached this design project methodically: “First I draw the room on paper with accurate dimensions, and figure out what works with the geometry, then I come up with a design.” Inspired by English rooms by William Morris and his Victorian contemporaries, Rober installed a clock shelf at a height of 10’—the level of the door frames—to add a strong horizontal. He added built-in bookcases and restored paneled doors. Moldings and trim, picture rail, and cornice in the original style of the house were reinstalled. Again, skills acquired as a set designer came in handy. “I put Tudor roses in the corner blocks of the new bookcases—and even a Louis Sullivan frieze under the shelves—all of it made of composite ornament,” Robert explains.

Previous occupants had, of course, left their marks. In the kitchen, Robert removed an exposed brick fireplace and “Spanish” tile in glossy brown, legacies of the 1970s. He chuckles now that the space-age chandelier he took out—”radiating balls and wires, early ’60s”—is probably a collector’s item today.

“I had fun with the kitchen!” Robert says, describing its Art Deco flavor. Setting the theme is the late 1930s-era wallpaper. Robert added a red-and-white enameled table and painted wooden chairs. Tin ceiling tiles, still popular during the period, are used as a backsplash, and the resilient tile floor evokes 1940.

The bedroom is a mere 7′ x 10′. Above the bed and accessible by a ladder, a storage loft was built. In this room, it is the curtains that have been hand-stenciled, in five colors on raw woven silk. Robert designed their medieval motif after consulting period pattern books. The complex design features foliage, eagles, and griffins, two diaper patterns (top and bottom), and a painted frieze. The intimate room is a rich medieval retreat.