Twenty years ago, he’ll readily admit, Dan Mattausch knew little about period architecture, never mind lighting. But he knew a time capsule when he saw one. For a long time, he and his wife Nancy had admired an imposing, red-brick Queen Anne house on a Capitol Hill corner in Washington, D.C.

Curious, the couple peeked inside one Sunday afternoon during a real-estate open house. Most visitors were exclaiming in dismay at the piles of crumbled plaster on the floors, and the report that the house had no heat, no running water, and no electricity. Dan and Nancy exclaimed, too—in amazement and delight.

The Victorian woodwork included massive pocket doors (tacked into the walls but with keys still in the locks); speaking tubes that had summoned servants long departed still ran through the walls; expansive rooms included bays, tower niches, and odd angles. (The footprint of the house is unusual, thanks to Pierre L’Enfant, architect of the District, whose wide, diagonal streets created odd-shaped lots; this house sits on a trapezoidal corner lot and is thus nearly twice as wide at the back as at the front.) There were 10 fireplaces. But most intriguing of all, the gaslights were in working order. 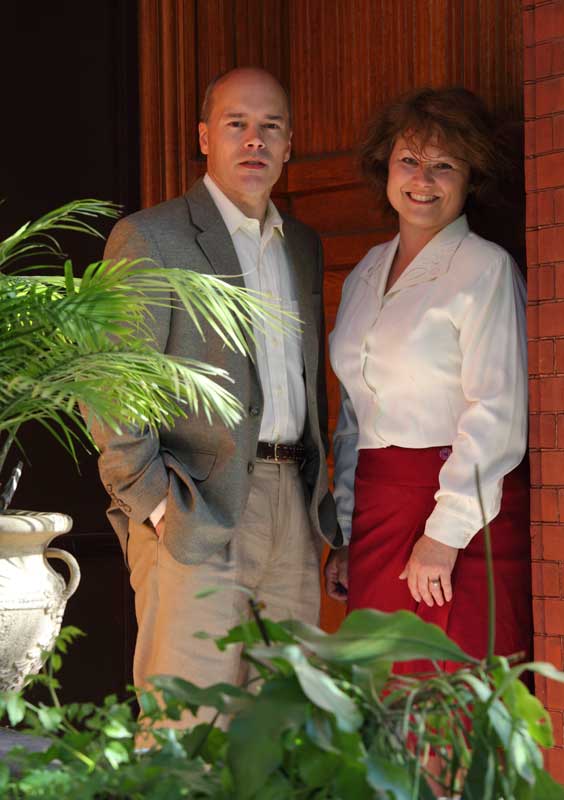 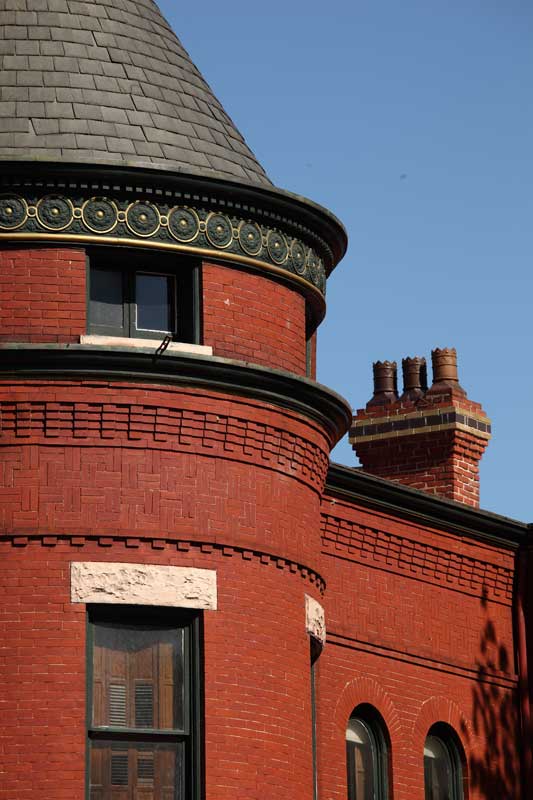 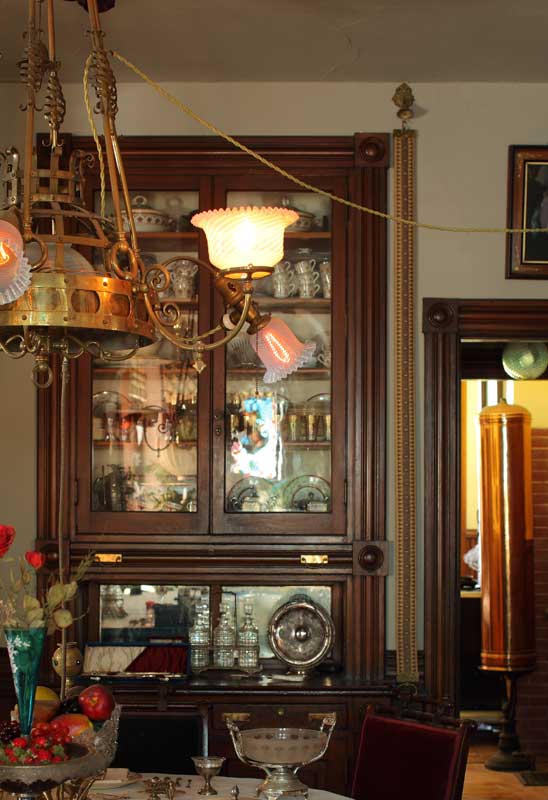 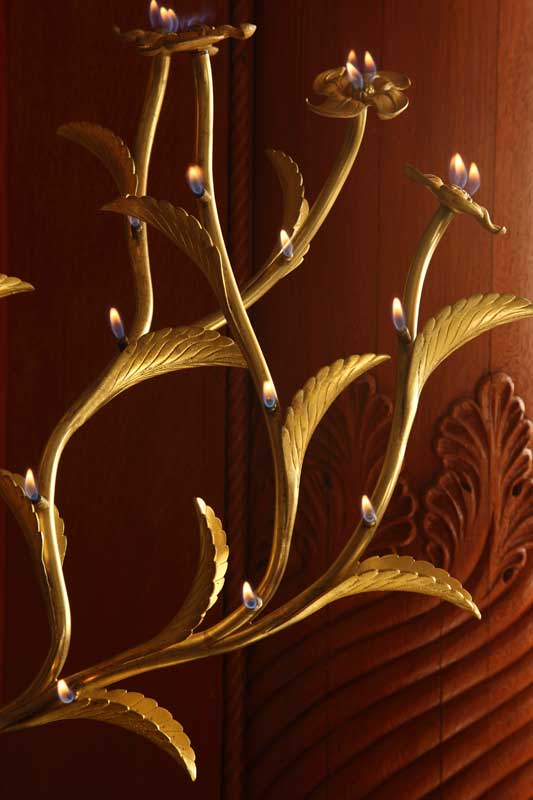 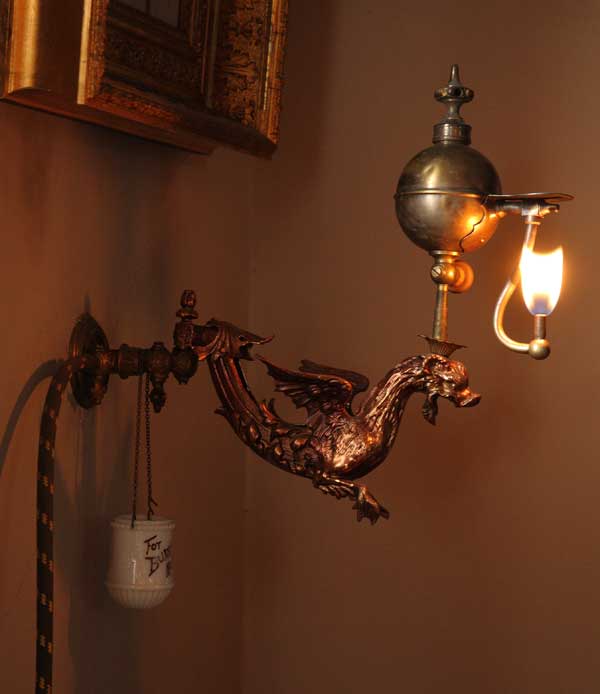 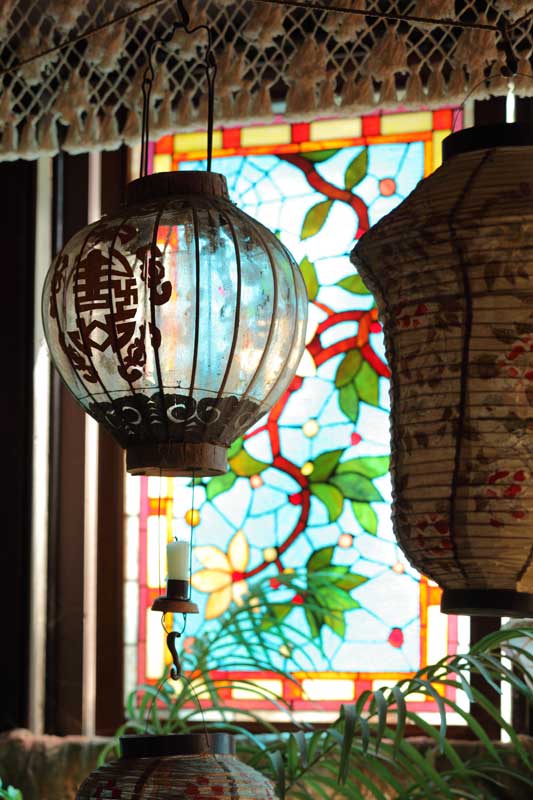 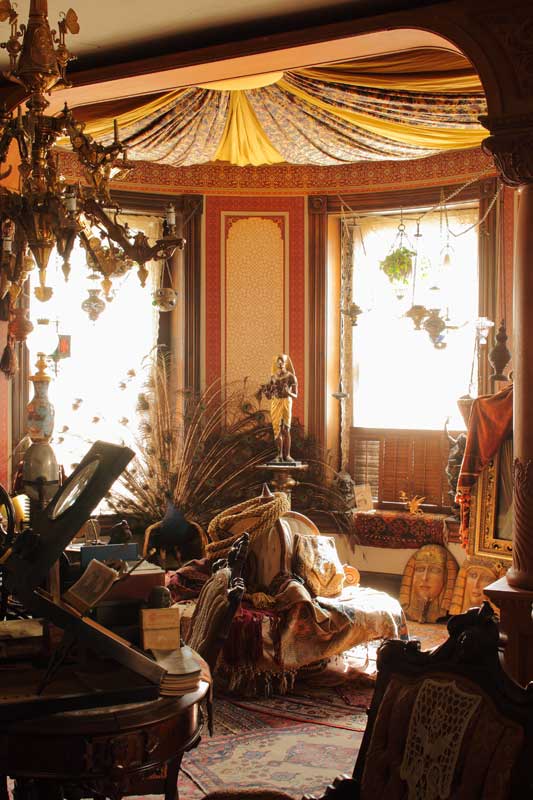 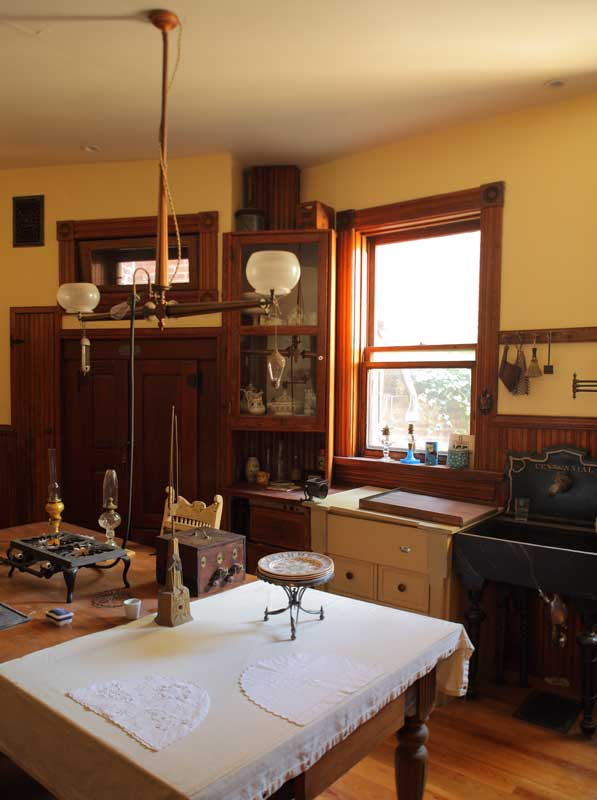 After they bought the once-grand house, Nancy and Dan found that it had quite an illustrious past. Built in 1891, it was the home of George Bruce Cortelyou, the Secretary of the Treasury and Chief of Staff to Presidents William McKinley and Theodore Roosevelt, both of whom visited here. Other well-known government officials have occupied the house, but somehow it was never altered. (One Congressman’s plans to turn it into a swinging bachelor pad during the 1970s fell through when he married his secretary.) By the 1990s the house had been empty for a decade and was in danger of being demolished.

Fascinated by the extant Victorian-period gas lighting, Dan tried to learn more by poring through period catalogs and consulting decorative-arts experts. He soon found that no one could answer all of his questions, so he turned to his academic training and began to research the subject himself. He eventually found more than 5,000 U.S. patents on lighting (recently available online at lampguild.org). Historic lighting became not only Dan’s passion but also his career: He’s now responsible for the lighting collection at the Smithsonian National Museum of American History, and consults as a historic-lighting expert to individuals and institutions.

Dan made preservation of the house’s gas lighting part of the restoration. In the front parlor, a 12-arm Cornelius & Baker gas ceiling fixture, ca. 1868, now hangs as the focal point. Its magnificent brasswork gleams in the flicker of the gas jets. First, though, the parlor needed work.

Its only furniture at the time of purchase was an old lawn mower, and the dust was so thick, the couple left footprints in it. Original oak woodwork, which includes carved columns, was cleaned with mineral spirits and polished with paste wax. The muted gray walls were left untouched to become a neutral backdrop for period lighting and Victorian antiques.

The tower room that adjoins the parlor has become a Turkish corner, centered on a tête-a-tête, or “confidential,” along with the requisite stuffed peacock. Exotic pieces reveal the owners’ travels. A canopy of oil lamps hangs from the ceiling, which is tented with a Laura Ashley cotton.

The back parlor is filled with vintage lighting, from the sparkling collection of glass oil lamps on the piano to the ornate combination gas/electric chandelier, ca. 1890. (Electric lighting was expensive at first, turned on only for guests; gas was more economical and reliable.)

Beyond the back parlor, the dining room beckons with its oriental-style window conservatory filled with plants. The bay is hung with scarce Victorian paper lanterns. (These were illuminated with candles, and most went up in flames.) The floor-to-ceiling china cabinets, scrubbed and polished, brim with an assortment of Victorian china and silver. A few pieces are original to the house, a gift of Cortelyou’s grand-daughter. In a stroke of good luck, this room’s original gas/electric brass chandelier was located in a local salvage shop and brought home.

To find the perfect lighting for your home, browse Period Style Lighting in the Products & Services Directory.