For Rishi Reddi, it was love at first sight. Despite the house’s dilapidation, the yew trees hiding its façade, and the awful gray siding, she dreamed of one day living there every time she walked by on her way to work as an environmental lawyer. When a For Sale sign appeared outside the Cambridge, Massachusetts, Queen Anne Victorian, she was quick to make an offer, despite her real-estate agent’s warning that she’d be sorry.

Reddi admits she was naïve about what it would take to restore the beautiful 1880s house to its former glory, but in the end the exhaustive, sometimes frustrating process was all worth it. In 2016, after a complete renovation designed by Frank Shirley Architects, the house won a Bulfinch Award for preservation of a classical New England tradition from the Institute of Classical Architecture and Art. And Reddi gets to live in her dream home with her two children.

Shirley’s approach was to adhere as strictly as possible to the house’s history while adapting it for the realities of modern living. The biggest change was integrating the kitchen in a way that Victorian lifestyles forbade but modern living embraces.

“The kitchen was a place where staff would prepare meals—but the family and guests would never come into the kitchen zone,” Shirley explains. “Now that’s turned on its head: the kitchen is the nucleus of the home, where family and friends hang out.”

Shirley kept the formal front rooms on the first floor—the parlor and dining room/library—true to their original layout and purpose, while opening up the back portion with a brand new kitchen, breakfast room, and mudroom. Another nod to modern life was opening up the floor plan to achieve better circulation and accessibility. Despite its modern layout, the kitchen area retains its Victorian charm, with a historically accurate tin ceiling and custom cabinetry inspired by 19th-century butler’s pantries. The result is an evolved space that melds traditional and modern living.

“It maintains its sequence and procession from the formal to the informal, which I love in these old houses—the Victorians were very much about presentation to their guests—but it also reflects how we live in our homes today,” Shirley says.

On the second floor, the architect was somewhat “more liberal in the vocabulary used,” relaxing his strict adherence to historical detail. The upstairs bathroom, notably, is done in a more contemporary style.

The refurbished exterior also follows Victorian traditions. Reddi consulted with the local historical commission about paint colors, and after scraping down to the original layer discovered a dark moss green. She chose a similar—though brighter—green and then improvised on colors for the trim, for which there was no accurate record.

Shirley took extreme care with the exterior, spending an “inordinate amount of time” to restore the details that remained and “to interpret the voids in a way that would be seamless,” he recalls.

The result is arresting, a recreation of a time past that Reddi, who is also a fiction writer, calls “magical.” She loves imagining what the neighborhood was like at the time when the house was new, a perspective that she feels deepens her life.

“It’s dramatic,” architect Frank Shirley says of the house’s restored appearance. “The house catches your eye, when you’re walking up and down the street.”

For Reddi, it’s a culmination of a long-held vision. She has embraced the stunning historical nature of the house while bringing her own personality to the project, especially in colorful decorating that may have surprised the Victorian-era owners. For example, the kitchen, Reddi’s favorite room, is a striking periwinkle blue, and the powder room is red.

Shirley believes the unique color choices bring a special vibrancy sometimes lacking in formal old houses. “Her house is alive,” he says. “I still want to give her a big hug for that.” 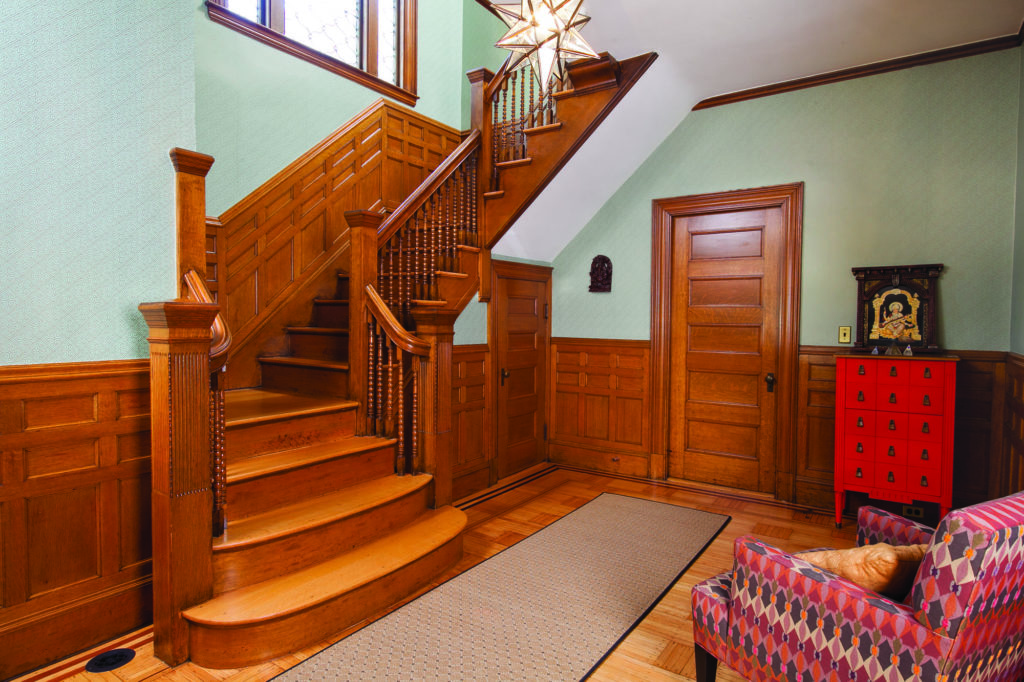 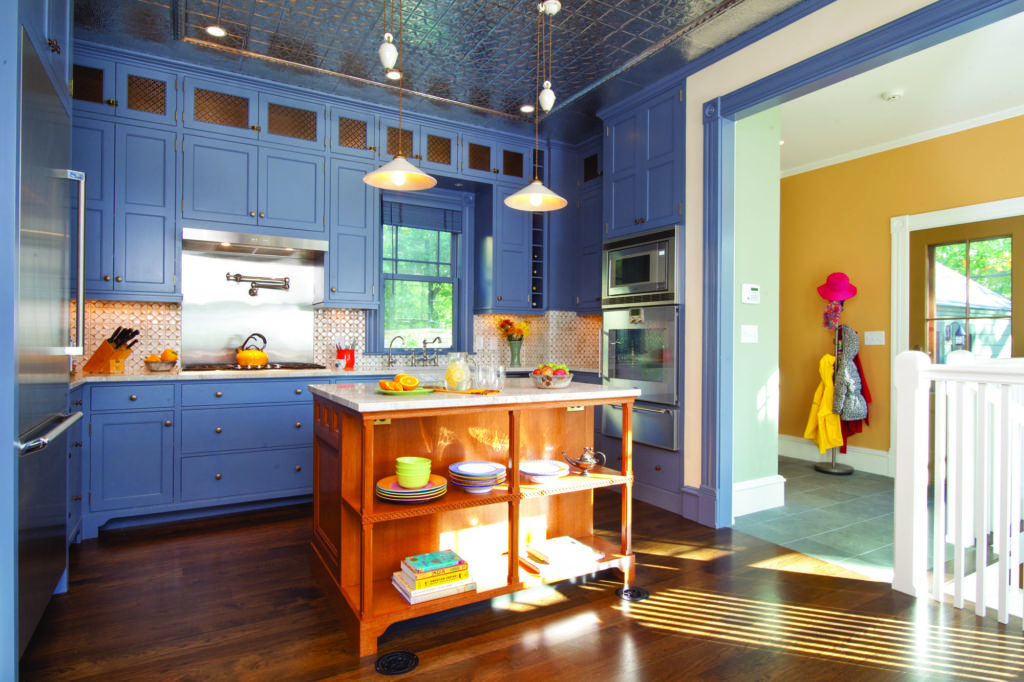 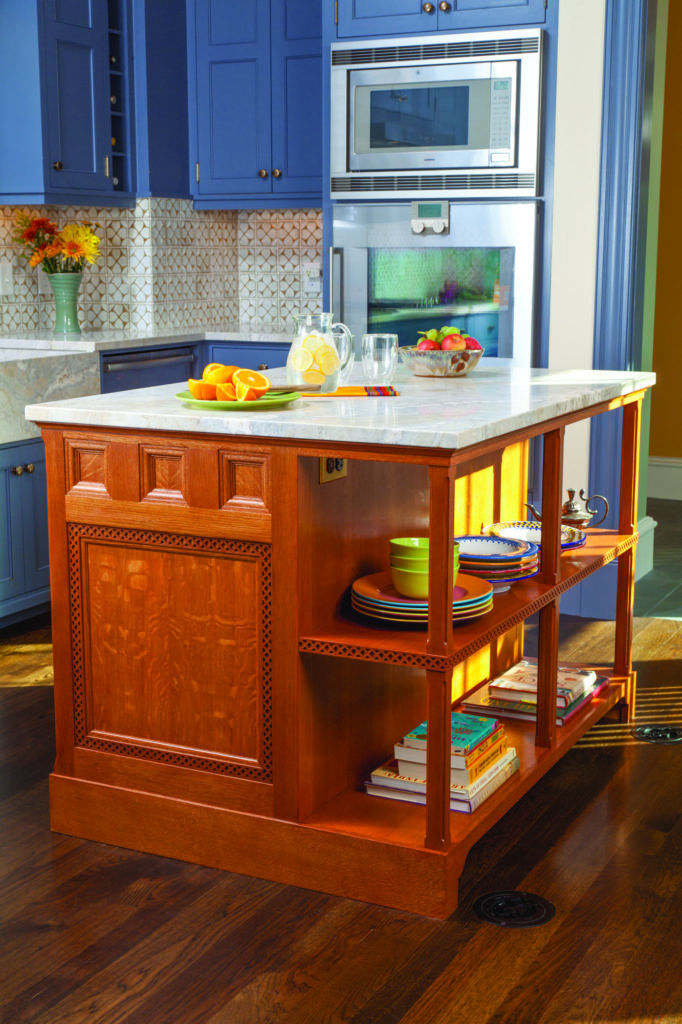 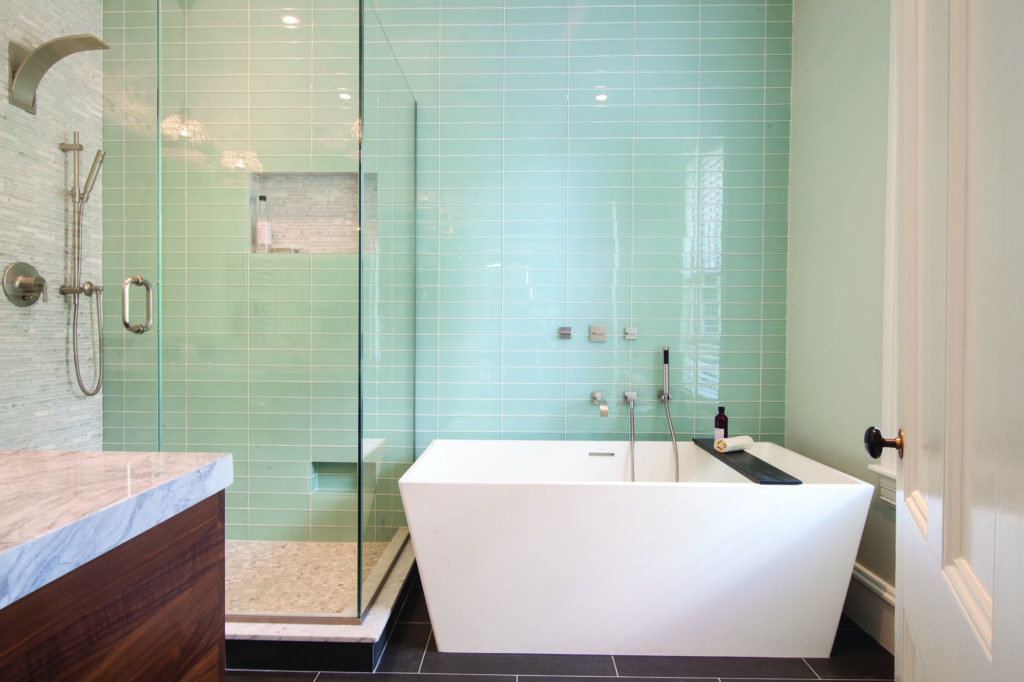 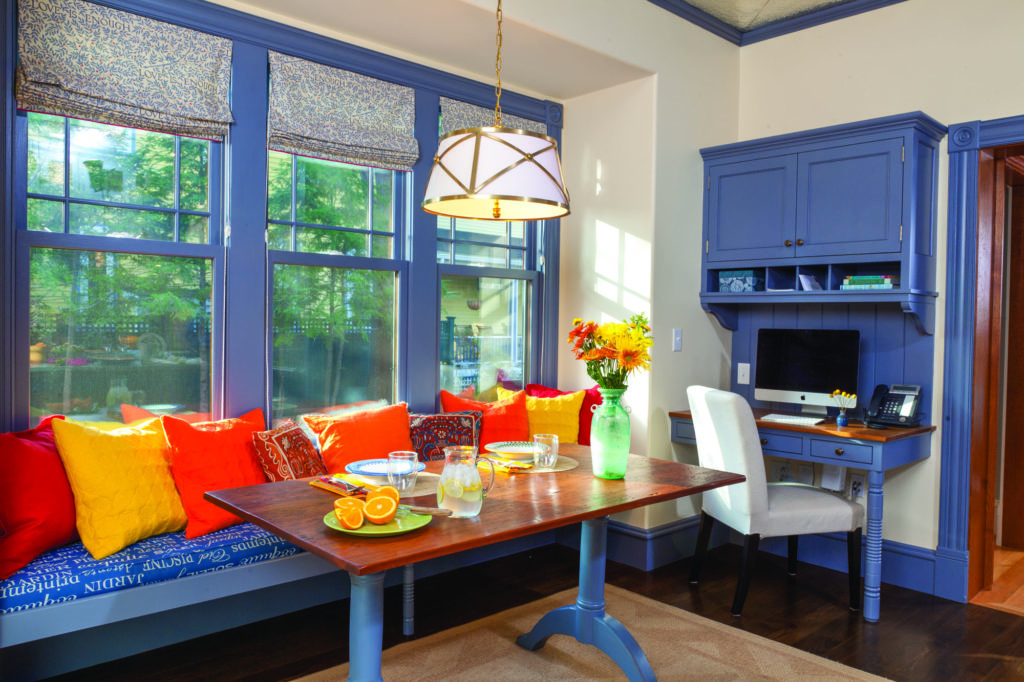 Tips for Renovating an Old House

1. Do not replace your windows. “It is absolutely, unequivocally a foolish thing to do, replacing your windows,” says Shirley.

“Refurbishing those windows will be far less costly and will result in energy performance just as strong as replacement windows would.”

2. Get an experienced contractor. “If you’re renovating an old house, then make sure you work with a contractor experienced with old houses,” says Shirley. “There are so many more complex problems involved in intertwining new and old, both in materials and methods.”