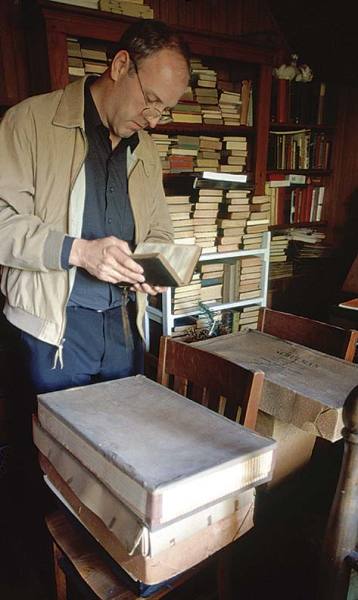 Whether major or minor, discoveries of long-lost elements are one of the major perks of old-house restoration. Over the years, our contributors have chronicled their own and others’ findings, from hidden woodwork and heirloom tile to dusty diaries and plastered-over fireplaces. If you’re looking to dig up your own buried treasure (so to speak), our special archive of discovery stories can help you search all the right places.

Uncovering the History of a Federal House

By peeling back the layers of her Federal house, one reader began to unlock the mystery of its origin.

Thanks to some lucky finds and a dose of ingenuity, a Colonial Revival bathroom is transformed into a light-filled, period-appropriate retreat.

The restoration of a 1902 St. Paul Foursquare revealed a treasure trove of secrets that helped guide the project.

One old-house owner’s simple quest to bare her woodwork becomes an obsession that takes its toll on time and tempers.

Preserving a Stone House in Virginia

An Old House Story of Fate

A Gothic Revival and its owner, a match written in the stars.

Seeing promise beyond the grime and a sinking foundation, Arthur and Zee Campbell restored color and craftsmanship to an 1820s North Carolina farmhouse.

A May/December bond between distant cousins grants a reprieve to a New York Queen Anne.

A Wright House in Rochester