Two historic homes were razed in 1985 to make way for a boxy apartment building—and the residents rallied. At stake was the integrity and survival of the cohesive Craftsman architecture that dates from the residential boom of the 1910s and 1920s. This 16-block neighborhood became Pasadena’s first Landmark District, earning the appreciative moniker Bungalow Heaven. Many houses are in a style true to Arts & Crafts ideals, but among the 1,100 are myriad (creative) interpretations, with influences ranging from Historical Revival to Japanesque. The quiet, tree-lined neighborhood has celebrated three honors since 2008: listings in both the National Register and the California Register of Historical Resources, and designation as one of the 10 Great Places in America by the American Planning Association.

With a full second floor that conjures up a cockpit, this 1912 home serves as one of the neighborhood’s representative “airplane bungalows.” It draws attention from the street for its trio of forward-facing gables, balanced stuccoed piers on the porch, and striking paint job. It was once a single-storey home; the “cockpit” was added in 1919.

Originally a single-level structure, this distinctive home became a duplex when it gained a second-storey addition in 1915. Its corner-wrapping porch is complemented by generous eaves and abundant use of clinker brick—dense, misshapen bricks created by exposure to high temperatures, often used in California Bungalows thanks to the influence of Greene and Greene. The redwood shingles are original to the house.

Revival architecture is well represented in the neighborhood, and this sweet bungalow displays a bit of Colonial Revival influence. Built in 1922, its transitional exterior combines a cross-gable roof in the Craftsman style with the later period’s plain stucco walls, brick accents, and minimal woodwork.

“Fifteen years ago when we found Bungalow Heaven, we saw that neighbors greet one another, enjoy sitting and talking on their front porches, and watch over each other’s children and pets. People say “we came for the architecture but stay for the neighborhood’.”
–Juan de la Cruz & Patty Judy 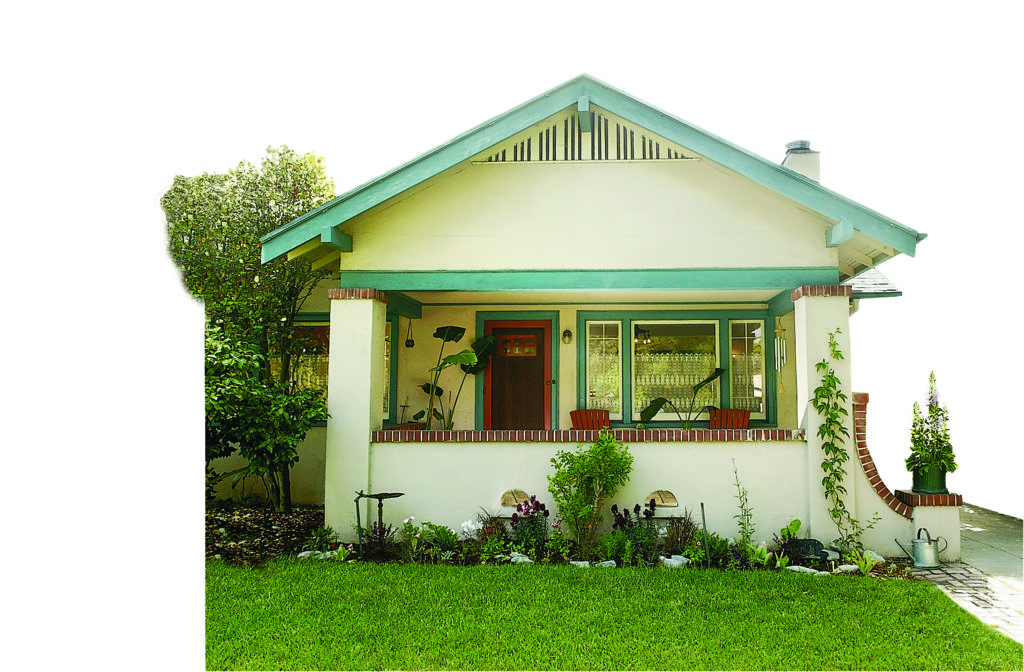 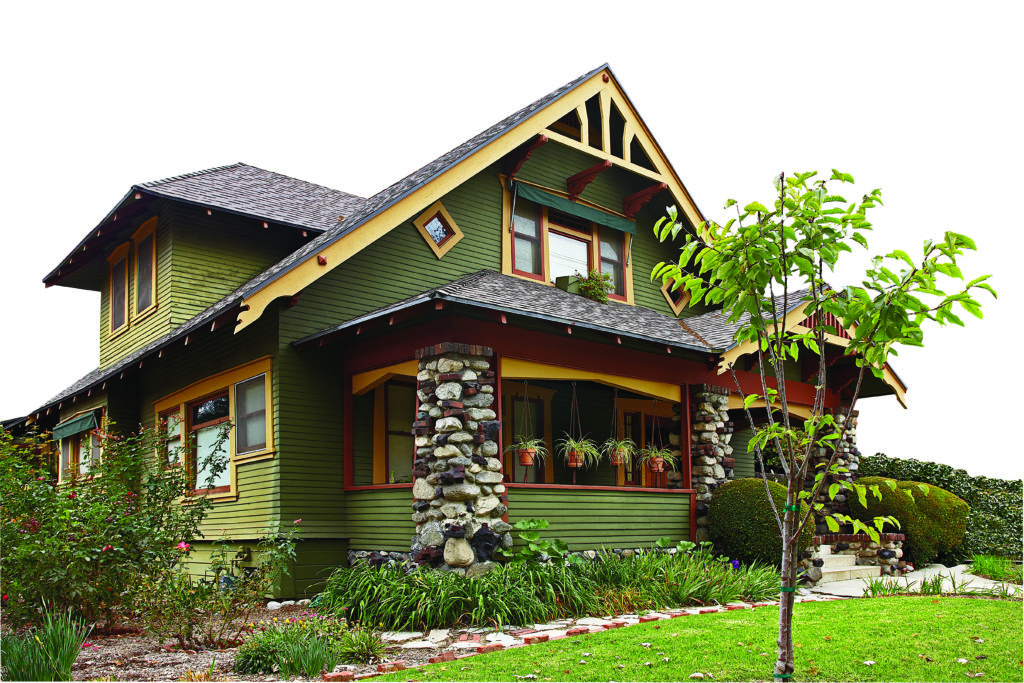 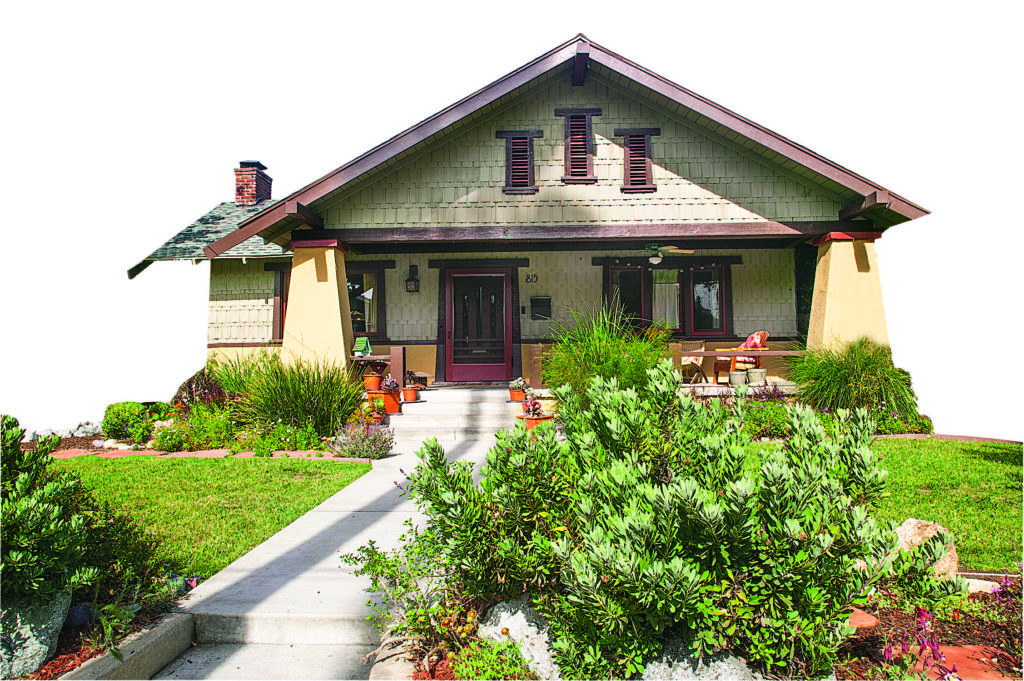