The best beach houses evolve over time. They often start as simple shingled structures, solid and shuttered for when the waves whip to a froth.

As seaside memories are made, as more sand is tracked across the floors, as more dripping swimsuits leave their marks, as more wicker is added and more books are left behind, the beach houses accumulate their character. Textures become densely layered, shells and stones scramble for space on shelves and windowsills, dining tables extend to accommodate friends of friends, and flea market finds and hand-me-downs fill the spaces.

When Los Angeles–based architect Stephen Giannetti and his wife, Brooke, an interior designer, decided that rather than remain in Brentwood, a city district of L.A., they preferred to raise their three children in the more family-friendly coastal community of Santa Monica, they went in search of the perfect site to build their interpretation of a beach house. They found just what they were looking for—a tired, moldy tear-down in an ideal location, warmed and backlit by the western sun, in an established neighborhood that was situated just north of an area with shopping and dining amenities. 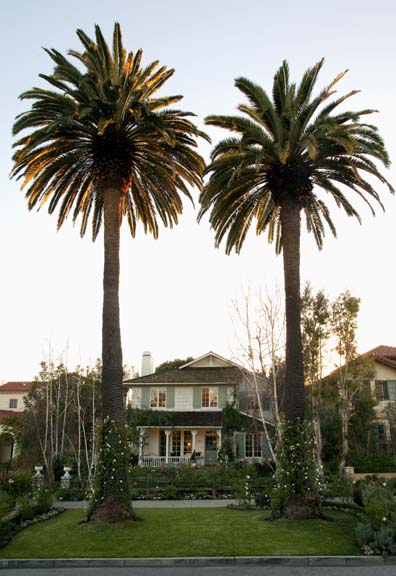 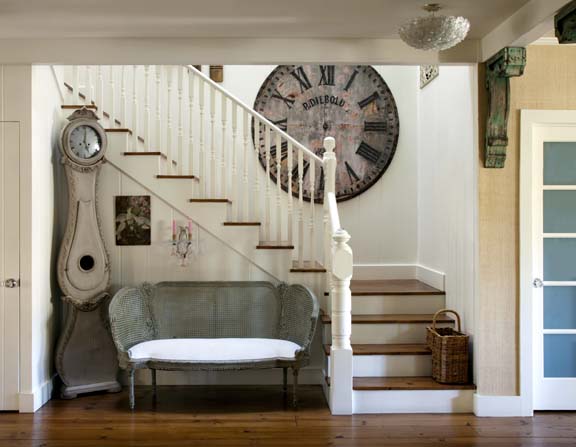 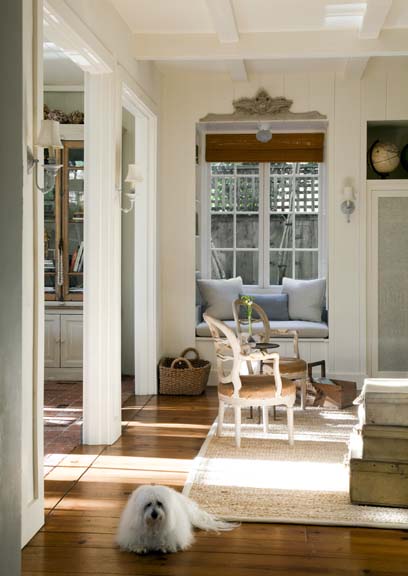 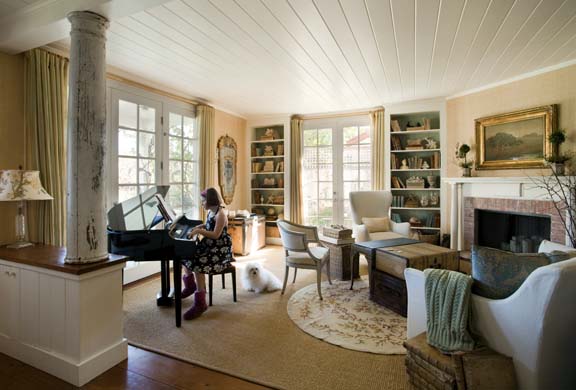 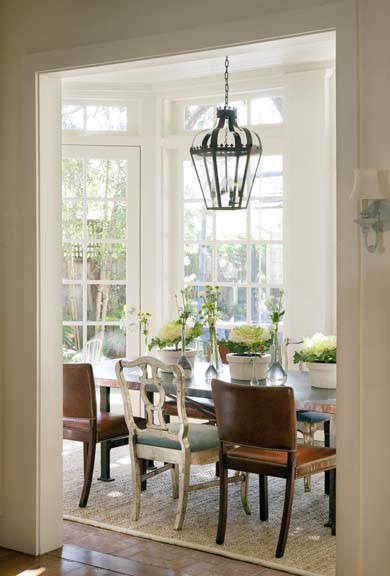 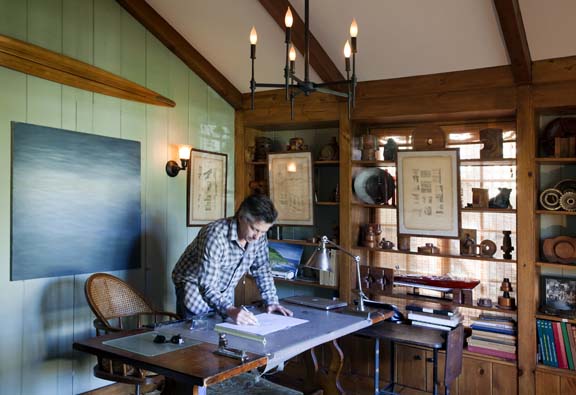 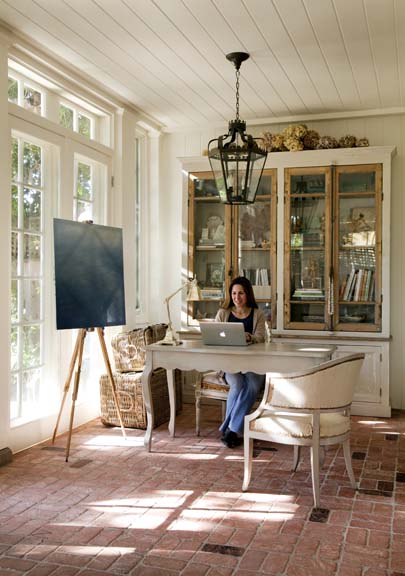 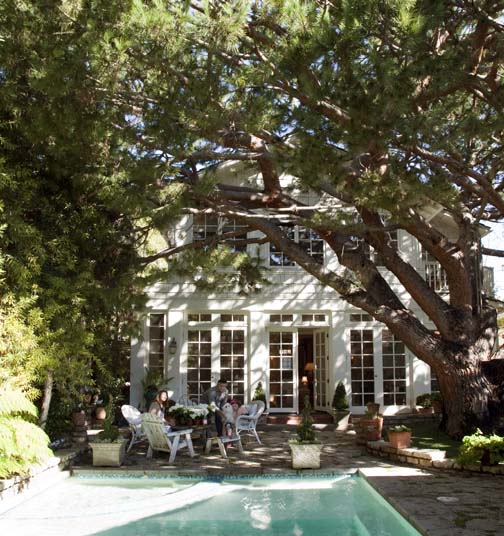 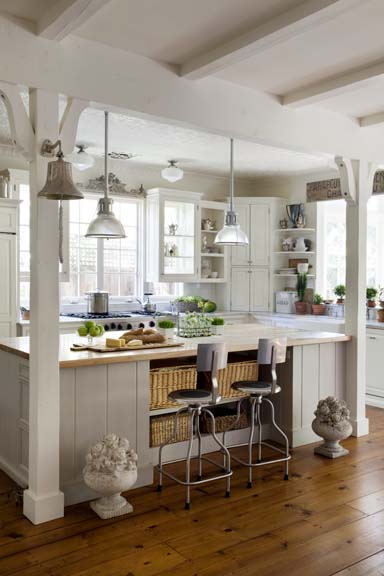 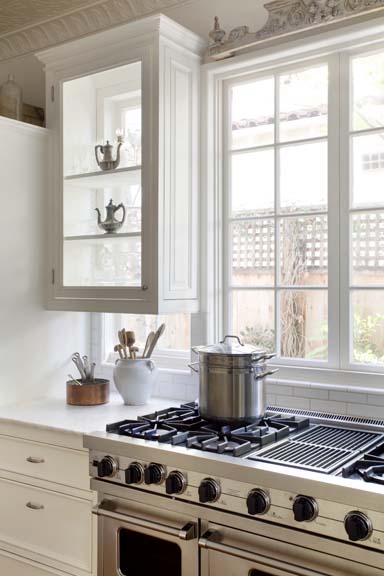 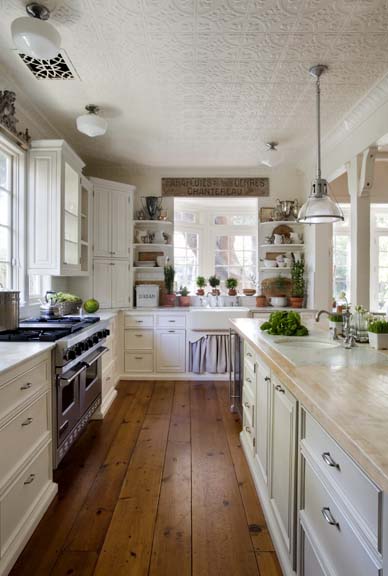 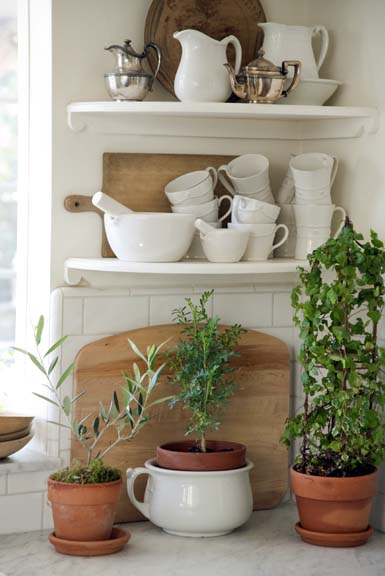 As they sought inspiration for their new home, they cast their eye not toward the Spanish-style bungalows built in the area in the 1920s, ’30s, and ’40s, but to the Shingle-style cottages closer to the coast and built in the 1910s as retreats for residents of downtown L.A. and Pasadena. The couple took their cues from those earlier models but updated their design to suit twenty-first-century living. “Most of those homes were broken up into tiny rooms,” Brooke comments. “We wanted an open flow with one big kitchen and family room in the back of the house.”

At the same time that he and Brooke were working on the design for their own home, Steve was conducting research for PCH, a sprawling beach house to be built on three adjacent lots in Malibu. At first, Steve’s client wanted him to draw on his Maryland background, and the initial plans reflected that influence. In fact, he so well channeled the East Coast that the owner asked if he could instead design a seaside home based on California-style cottages.

“At the time,” Steve says, “I did not know what those were. There were not many, so I looked at summer cottages in Crystal Cove, in Laguna, and in Santa Monica.” He applied their beach aesthetic to the Malibu design and culled from what he learned to create his own home. “All of the beach houses are done the same way. They are made of wood and have a beach vibe.” Steve’s design represented a contrast to the new homes being built in the Santa Monica community, homes which he describes as “stucco boxes with tiled roofs, grand entries, a big hallway down the middle, and no detail.”

The Giannetti home is all about detail. Borrowing from the past, Steve shunned the clunky 2x10s favored today and (like his forebears) chose lighter 2x4s for the rafters, sans insulation. The windows likewise contribute to the home’s cottage feel. The single-pane casements are divided by 3⁄4″ mullions and framed by shutters. He added eaves as well as overhangs to protect the windows and front porch and to add “an Old World feel.” He designed interior walls and ceilings as 1×10 v-groove.

While these details evoke early southern California cottage style, Steve went even further back in the past for his dimensional scale. The son of a Washington, D.C.-area ornamental plaster artist who did commission work at Monticello, Steve based his home’s design on the golden section, a ratio employed in the Renaissance and (some argue) even as far back as classical Greece and adopted by cottage builders in the 1920s. “The three-to-five ratio is particularly noticeable from the front view,” Steve says. “The proportions give it a harmonious balance.”

Inside and out, the home mixes traditional structural elements with a bit of the unexpected. The landscape offers one example. Frequent professional collaborators, Steve and Brooke worked on the landscape’s design together, Steve creating its structure and Brooke introducing what she calls “a little bit of chaos” in the form of favored English cottage garden plants like roses, lavender, thyme, cabbages, and sage. Paired urns flanking the home’s entrance and two stacked cement pillars standing guard at a pathway add order to the chaos.

This impulse toward balanced elements—formal and casual, old and new, masculine and feminine—is evident inside the house as well. Built seven years ago, the house belies its age. Adding patina are the antique architectural elements: columns standing as sentries to the living room, blue corbels adding a flourish to the stairwell passageway, another set of corbels decorating daughter Leila’s room, and a Victorian cutout screen embellishing the pantry door.

The light fixtures evoke an earlier era as well. There is not a recessed light to be found; instead, wall sconces, table lamps, and ceiling lights, as well as old schoolhouse fixtures in the kitchen, illuminate spaces with character and warmth. As is found in the most authentic beach houses, the furnishings include antiques and flea-market treasures, such as the Swedish grandfather clock standing by the stairwell, the old French church tower clock occupying the stair wall, Brooke’s antique dressing table in the master bedroom, and a capital from a Corinthian column that serves as the dining table base. New furnishings, many designed by Steve—the living room sofa, dining room chairs, and family room sectional, for instance—have their place as well. While Steve has his own architectural firm, Giannetti Architects, and Brooke has her Velvet and Linen design site, the couple joins forces as Giannetti Home, which sells Steve’s designed furnishings and Brooke’s finds, including “whatever I fancy at the moment,” she says.

Having two creative owners, the home is often the subject of experiments. “I think we look at our house as a science lab,” Steve offers. The neutral foundation, including wood floors and white walls, kitchen cabinets, counters, and backsplashes, allows for changes. “We can alter the feeling of the house by changing the couch covers and the pillows,” Brooke says. Recently, the couple has been adding industrial elements—a zinc-top table and medical-supply-store island stools—to balance some of the interior design’s more feminine qualities. “I think I lean toward industrial,” Steve says, “and Brooke leans toward European vintage. It’s a marriage of aesthetics and styles that creates a third look.”

“It’s like yin and yang,” Brooke adds. “Too much of either, and it’s too harsh or too soft and sweet.”

The spaces themselves—from the white wooden lockers just inside the front entry to the back porch where the family gathers for meals—are decidedly elegant yet are absolutely family-friendly. Though originally open, the porch was enclosed in windowed walls and French doors when the Giannettis realized that Santa Monica’s year-round temperate weather is a bit on the chilly side. An attic loft, lined with an aluminum radiant barrier, makes for a cool playroom; the garage, fashioned to look like a petite cottage, has been host to birthday parties, with cars parked outside and melted ice cream and spilled drinks easily hosed out after the festivities. Even the master bedroom, occupying the back length of the second floor, feels a bit playful, with treetops hovering over it, creating a secret hideaway.

Built with tongue-and-groove walls and ceilings, floored with pine, furnished with pieces old and new, and designed for an active family of five, the Giannetti home represents the best of beach cottage style—not too cute but not too studied, casual and comfortable, solid yet light. Brooke is proud that people really love her home and recognize that she has created a happy place to raise children. For Steve, gratification comes from the success of the architectural details: “People walk in and think it is an old house.”