Once a beach shack in ruinous condition, this lighthearted cottage had a perfect makeover. “The previous owners did a lot of the heavy lifting—literally,” says Adam Derrick. “They raised the house up 4′ to comply with FEMA rules for flood zones. They also winterized the place. We enhanced what the house already had going for it.”

It seems Adam Derrick and Robin Steakley, who bought the house in 2005, did some pretty heavy lifting themselves. Adam had the brilliant idea to add Connecticut river stone, locally a traditional building material. “It comes out of the river naturally tumbled, with warm, neutral color,” he says. He used it for the chimney and fireplace, to pave the driveway, and to cover the cement foundation.

The simple front porch became a sunroom, with a little entry porch at one end. The monochromatic scheme introduced outside brings calmness and serenity to rooms indoors. “I just want to decompress when I walk in the door,” Adam explains. Colors very subtly suggest a classic beach scheme: cloud white, sand, and such accents as the living-room rug with its slight aqua cast. 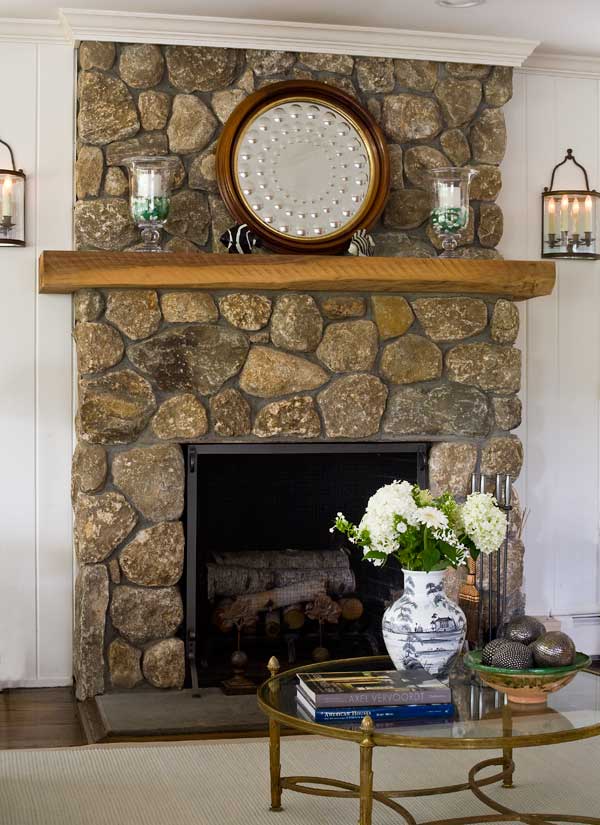 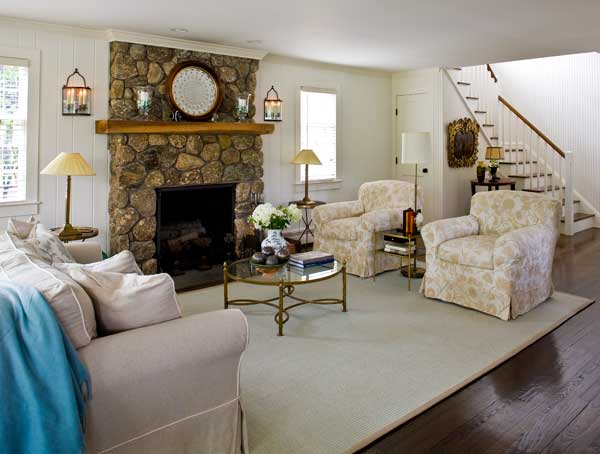 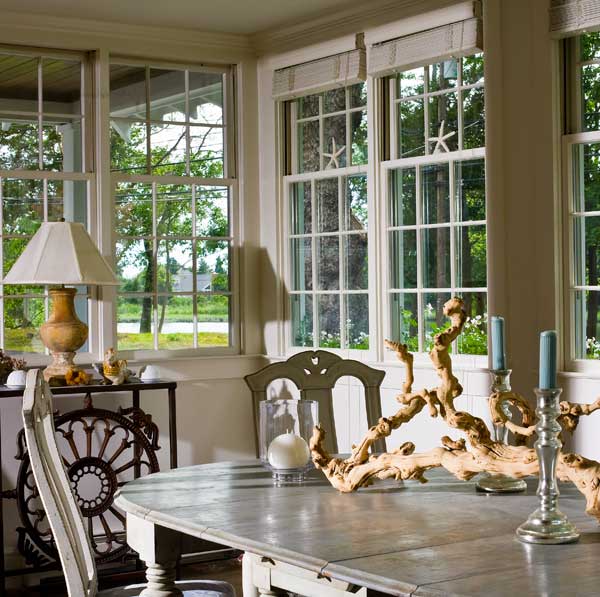 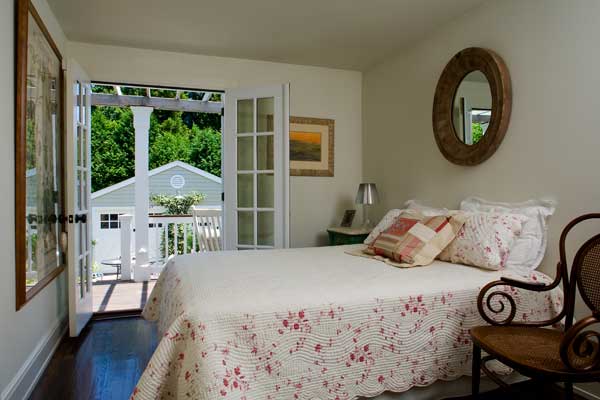 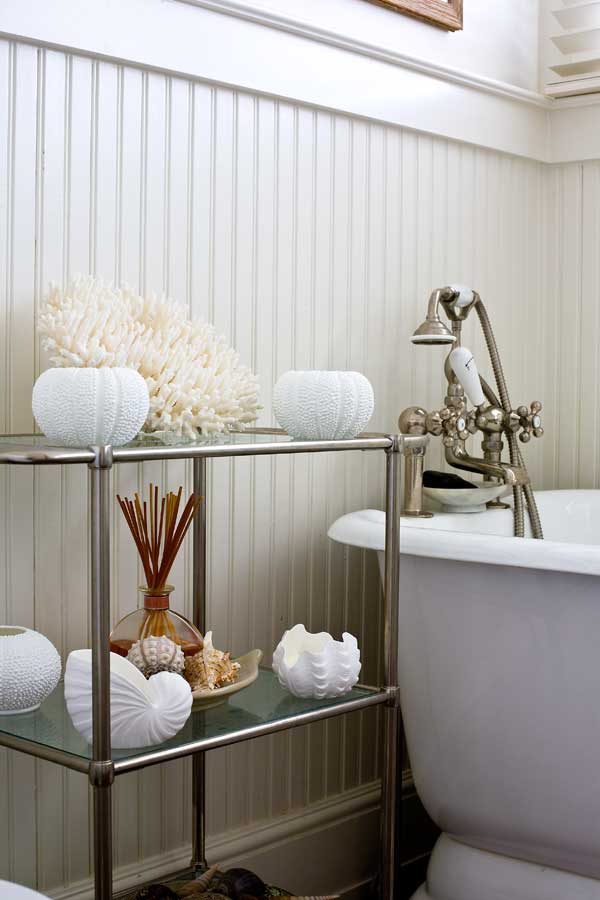 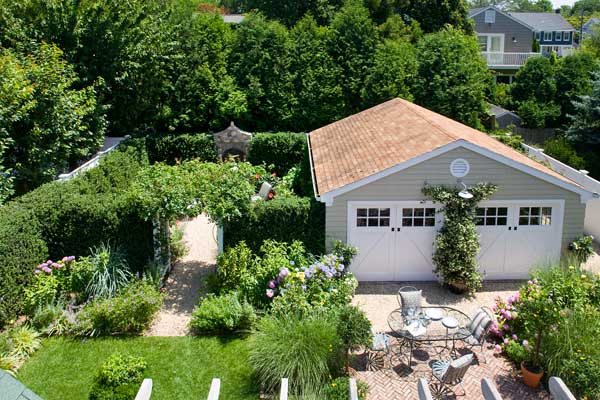 The couple work in Italy and visit France twice a year, which explains the eclectic furnishings. (The weathered grapevine sitting on the dining table came from a Provencal vineyard: “I lugged it all the way home because I love the shape,” says Adam.) Everything is understated and soothing: the armchairs by George Smith, the 1940s French bronze coffee table. An English convex mirror hangs over the fireplace, flanked by early 20th-century French sconces.

The couple say that the Marché aux Puces—the huge flea market held every weekend in Paris—was their inspiration. “The antiques dealers there have a very sophisticated yet casual style,” says Adam. Also, “there seems to be a natural affinity between Brittany and New England, so we went with that,” he continues. Even the Swedish dining table in the sunroom came from the Paris Marché: “We’re not concerned that everything be French, just that it all have the same vibe.”

The stairway and halls are clad in white-painted beadboard, as is the new bathroom, where Adam’s collection of seashells and white coral resides. The bathtub from Sunrise Specialty is big. “I’m 6’2″,” Adam explains, “and I had no compunction about jumping into tubs and stretching out at the showrooms.”

Adam and Robin have made the most of the yard as well. Hydrangeas and roses and an extra-large window box bid a casual welcome. The custom-made gate in front combines two picket styles they found in the book Traditional New England Fences.

On the back of the house, they built a patio of herringbone brick, roofed with a pergola that supports ‘New Dawn’ climbing roses, which bloom in June and September. The existing garage was reshingled and stained to match the house, and fitted with carriage-house doors; it now serves as extra space and a potting shed.

A favorite feature is the Secret Garden designed by Michael Schoeller, an artist and fashion designer turned landscape planner. Tucked next to the garage, and entered through an overgrown arbor in a holly hedge, it even has a stone fountain designed by Schoeller.

A Better Than Net-Zero Victorian

Preserving a Summer Home in Maine