Nestled in a small orchard in the historic hamlet of Hancock, New Hampshire, the simple Cape Cod house hadn’t changed much since it was built, as a summer home, in the late 18th century. The front path leads through a cottage garden to the front door—the modern-day driveway and garage hiding out back. Inside, original details include a double-oven brick fireplace with raised-panel cabinets above, exposed timbers at the ceilings, and wide-plank fir floors.

Today the house is owned by Peter Coffin and his wife, Abby. They bought the Cape from Peter’s parents, who purchased the property in 1997. At that time the little house needed significant updating. There was then still no heat and no insulation. The cedar-shake roof was failing, the septic system was a mystery, and electrical and plumbing systems were out of date.

So Peter’s parents tackled important problems first, installing new drainage for the sloped site, replacing the roof, and updating systems. They also added to living space on the first floor, enclosing a former rear shed to create a master bedroom, and adding a well-lit family room at the rear. The family enjoyed the rural retreat for the next two decades, and then Peter and Abby became the owners in 2012. They set about to slightly expand the house, making it more usable for extended family, while preserving its surviving details and 18th-century ambience. 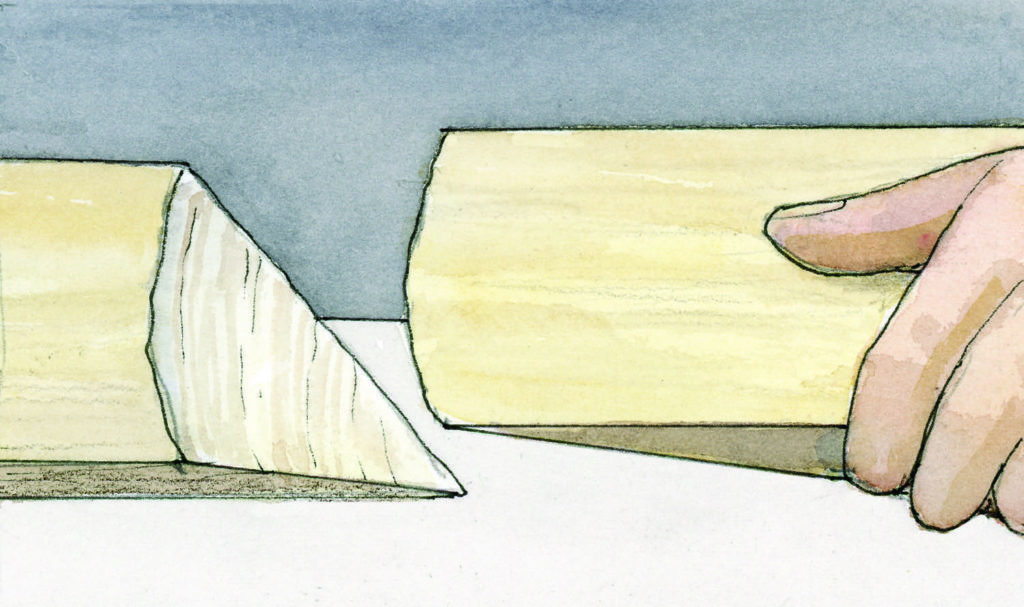 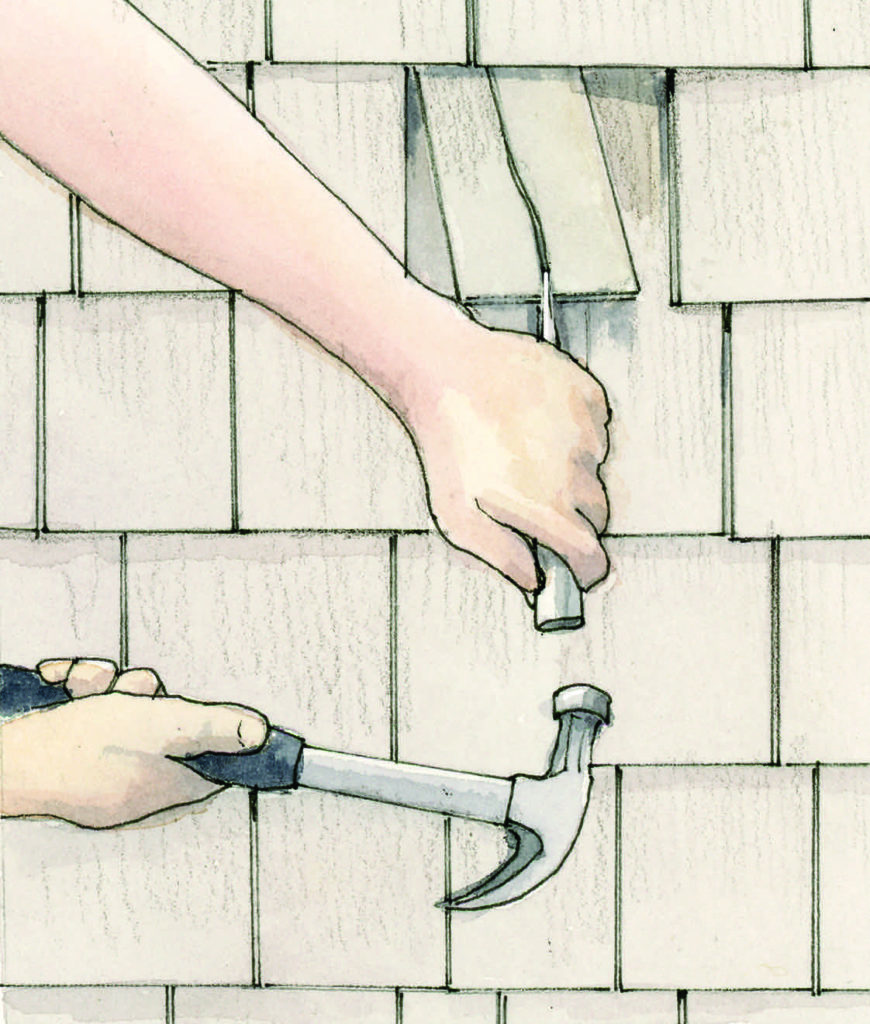 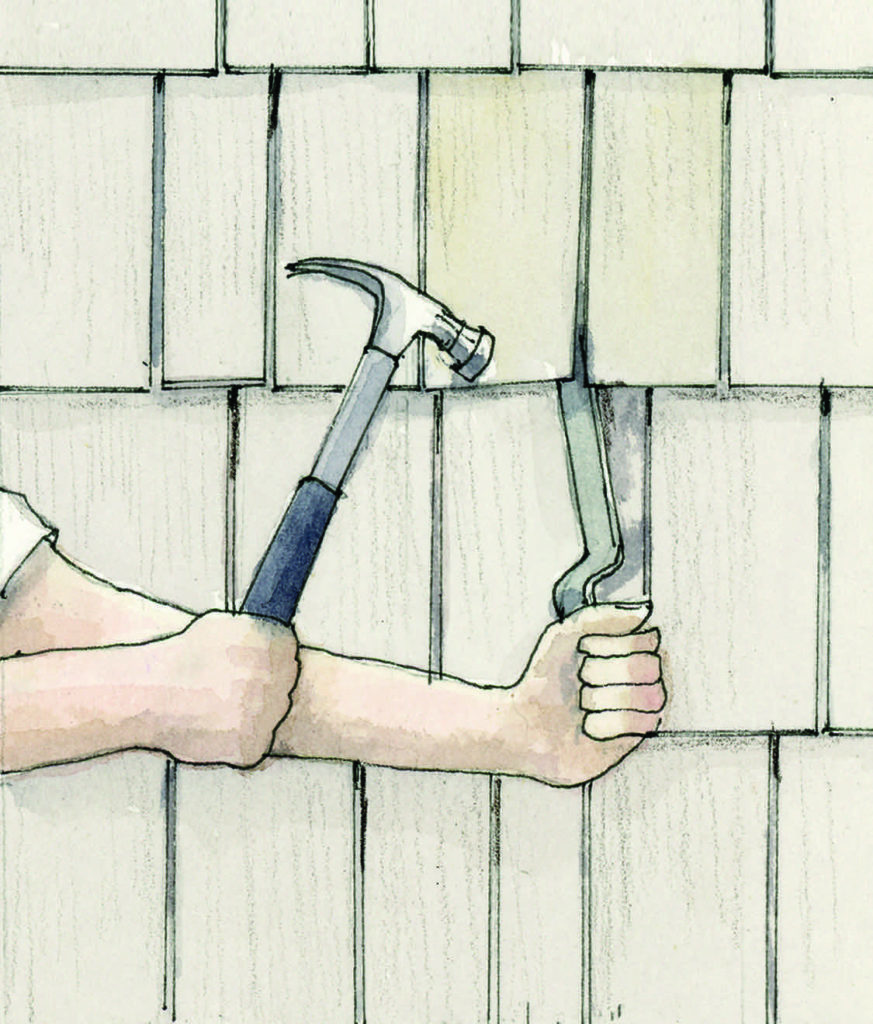 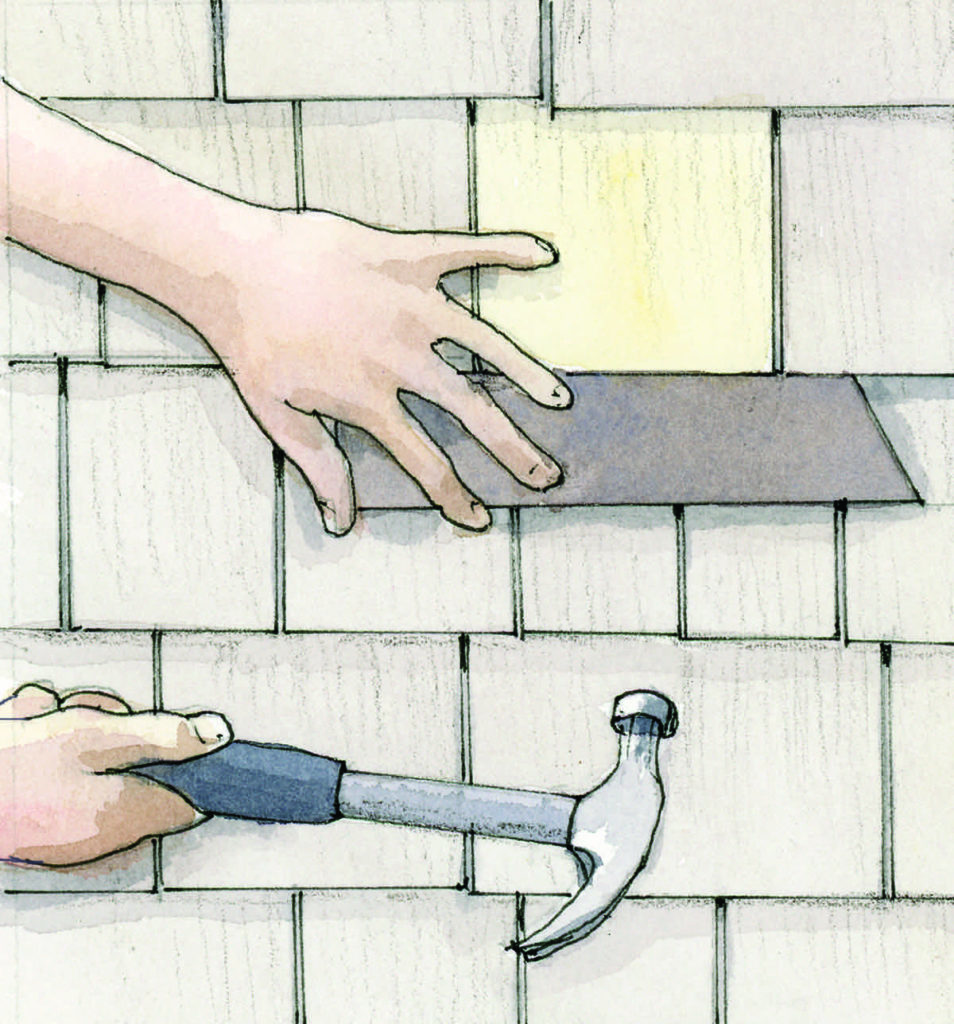 Peter contacted the historical architect Mike Petrovick, and together they devised a period-sensitive update along with the restoration. The addition of a shed dormer on the back of the house, which is not visible from the façade, expanded the second-floor bedrooms and bath while keeping within the home’s vernacular footprint. The first-floor master bedroom needed its foundation and framing stabilized; old hand-hewn timbers salvaged from upstairs during the dormer work were added to this room. The small kitchen got an update with efficiently placed cabinets and simple fittings: stone sink and countertops, basic porcelain light sockets. Multi-zoned, state-of-the-art heating and cooling systems were added and a thermal barrier installed for energy efficiency and moisture control. The house is now livable year-round.

Inside, the house is furnished in a historic yet comfortable style, thanks to the deft hand of interior designer Iliana Moore. She chose light and soft colors befitting a simple house in the country: creams and off-whites with sage green and coral accents. The original brick fireplace with its two small ovens, the focal point of what is now the main parlor, was carefully preserved. Furniture came from local auctions and antiques shops to keep rooms in the vernacular. Rush-seated pine chairs, an early 19th-century slant-front desk with cubbies, and Federal-era caned chairs were among the finds.

The wallpaper, which nods to early stenciled wall decoration, is Lee Jofa’s ‘Scampston Trail’ pattern. The dining room is warm and intimate with ‘Brightwell’ wallpaper in a terra-cotta red from Cowtan & Tout. Peter’s parents had added a large family room with a wall of windows overlooking the rear gardens and a small stream. Iliana kept this room light and open with a pair of easy sofas, a country pine rocker, and a traditional wing chair.

For the master bedroom, Iliana ordered a custom, king-size pine bed to complement the room’s Federal-era furnishings, which include a late 18th-century highboy and a Windsor chair, both from local shops. The bedrooms upstairs are simple, too, with turned wood bedsteads and Roman shades at the windows. The view from every window is pastoral, overlooking gardens, a small stream, and a barn. 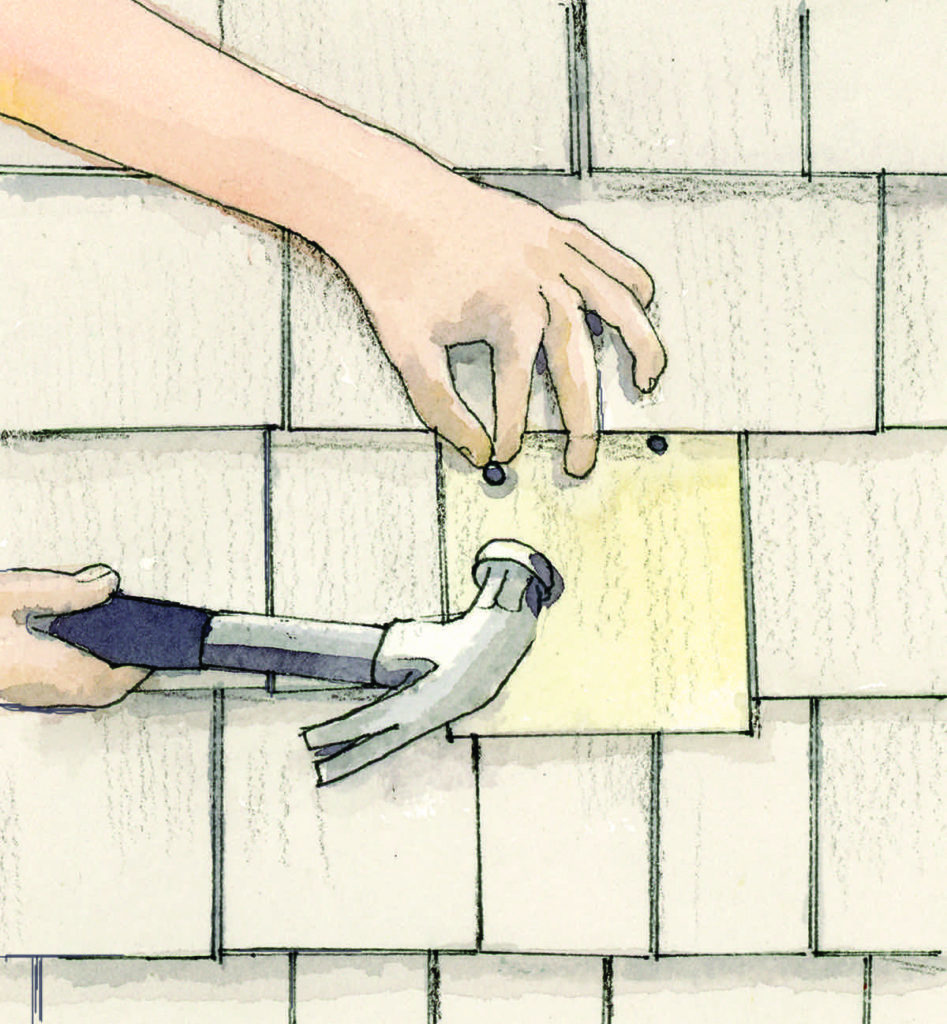 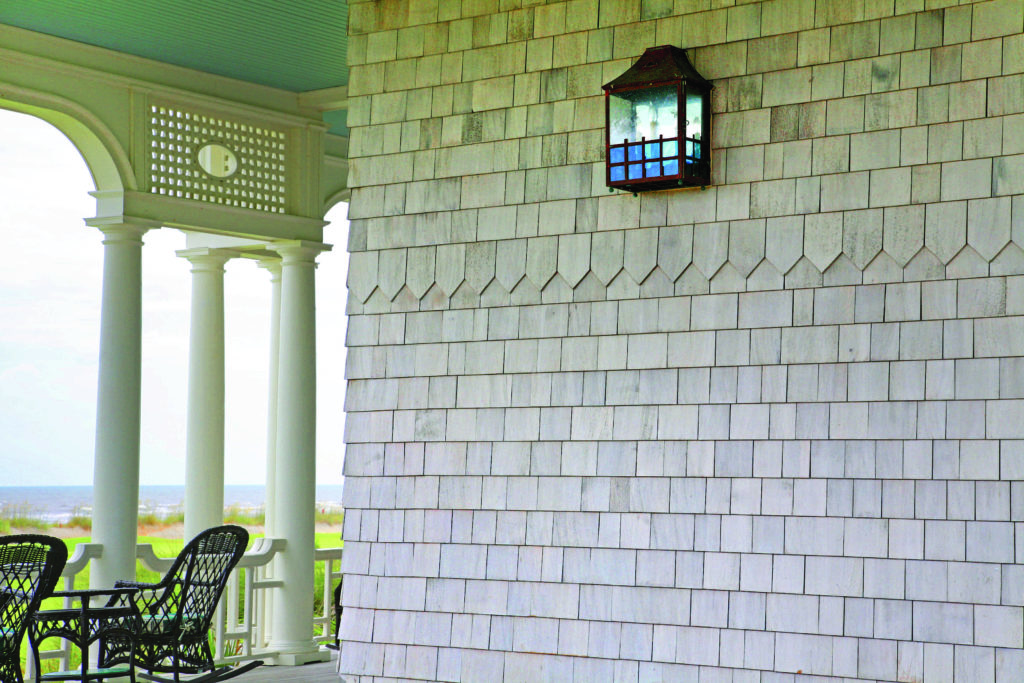 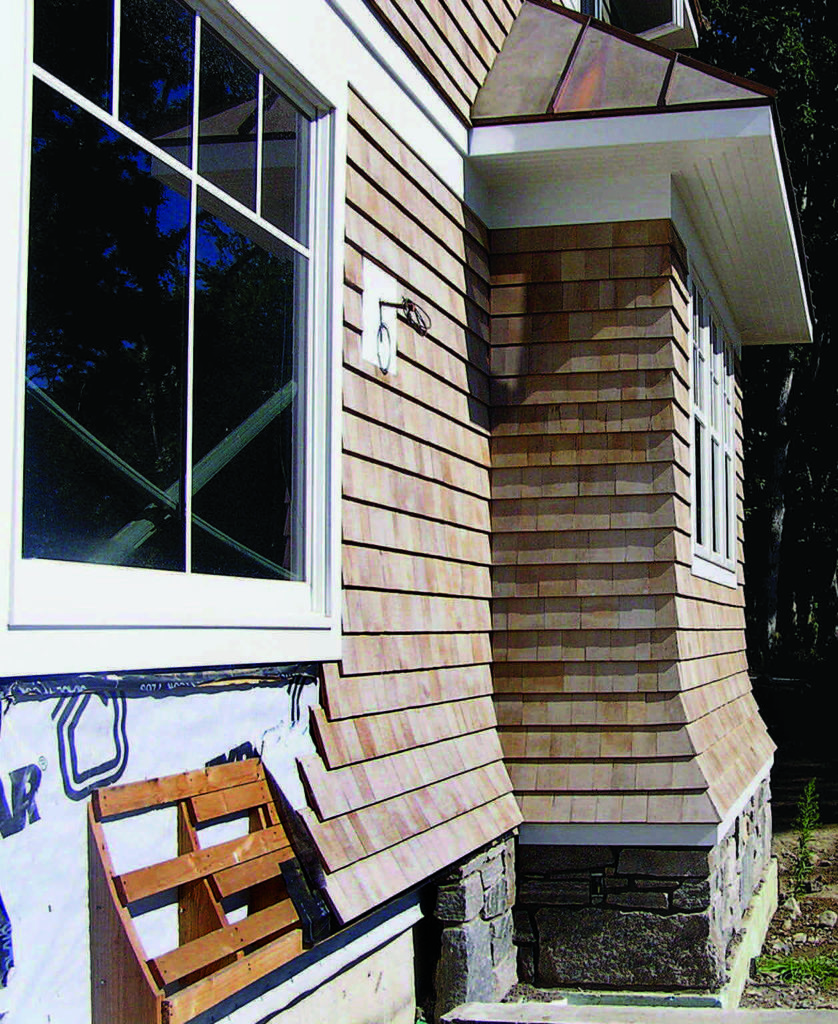