The daylight-starved Pacific Northwest has always inspired architects to design houses with lots of windows. But what if you are a serious collector of poster art from la Belle Epoque? You want not just light but plenty of wall space, too.

Before finding this 1910 house in Portland, “We must have seen 50 or 60 places!” recalls Dan Bergsvik. “Our realtor was on her way to get a new listing from friends, and asked if she could bring us along. Well, the house never went on the market, because we signed a purchase contract 15 minutes after we viewed it.”

When Dan Bergsvik and Don Hastler retired in 2006, they left San Francisco to return to Dan’s hometown of Portland, Oregon, where both men have family. The San Francisco house they left was an 1800 square-foot. Craftsman, and they had a fondness for Arts & Crafts houses. This one in Portland had been expanded to 3,100 square feet of living space by the previous owners—serial restorers who’d done much of the work themselves.

An attractive selling point was the finished basement, which provides private guest quarters with a modern laundry and bath (and also a room for flat storage of posters). A portion of upper and lower porches had been turned into sunrooms off the dining room and master bedroom. Having discovered evidence of the original foyer staircase, the previous owners restored it; now it leads up to a new breakfast nook and garage before heading back down into the kitchen.

When Dan and Don moved their furnishings into the house, everything fit perfectly. With plenty of wall space for display, they had Art Media frame more of the posters in their collection. “The outstanding ones—by Mucha, Lautrec, Bonnard, and Chéret—were hung in rooms where we spend the most time,” Don says.

Dan’s very first poster, purchased in 1973, was one of the 256 prints from the Les Maitres de l’Affiche series: the 1890s “Exposition Russe” poster. For just 27 francs a year, subscribers to the series by publisher Imprimérie Chaix received four prints (maitres) each month, from 1896 until 1900. “After we met in 1978, Don and I made annual trips to Paris—treasure hunts to find all 256 in the series,” says Dan. “We were well past the halfway point when a poster dealer friend chewed me out: ‘Why aren’t you buying the originals?'”

From that point, they began to attend auctions and the biannual International Vintage Poster Fair (held in Chicago in March, and in New York and San Francisco in October). Exhibitors are members of the International Vintage Poster Dealers Association (IVPDA). In Paris, they met Mireille Romand, owner of Galerie Documents and great-great-grandaughter of Edmond Sagot, an influential print and poster dealer of the 1890s. “Mireille has become a good friend and also the source of some of our best pieces,” says Don. 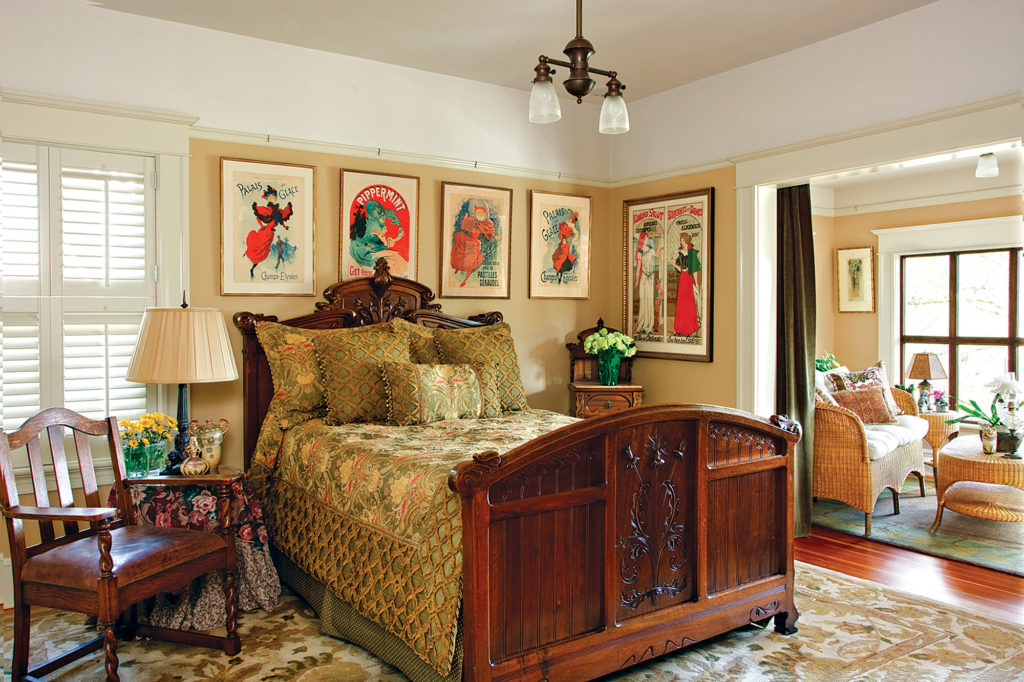 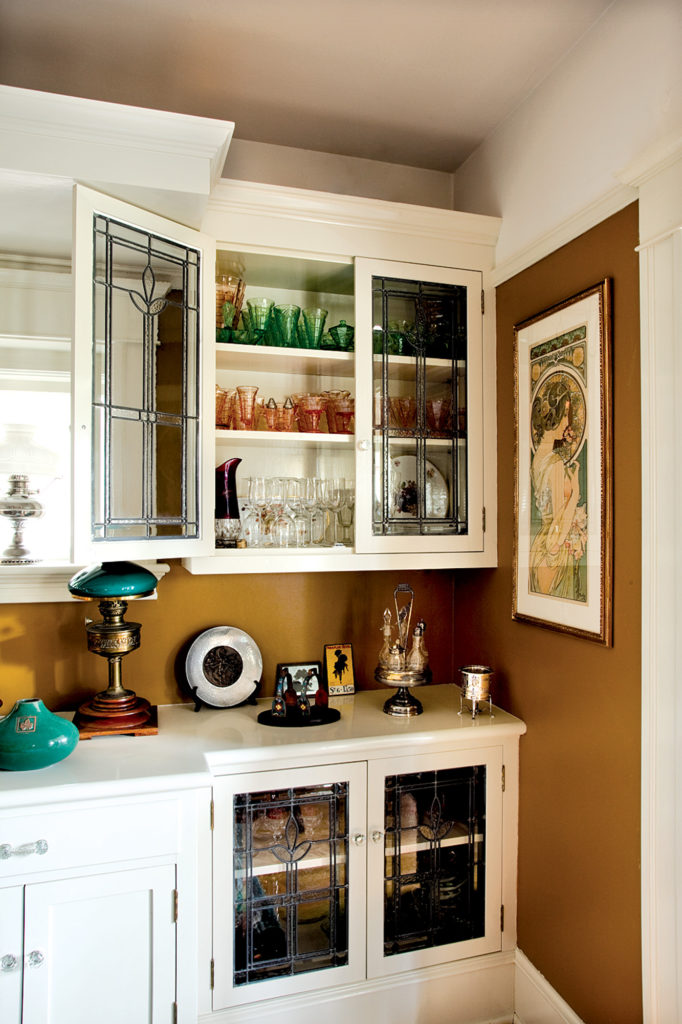 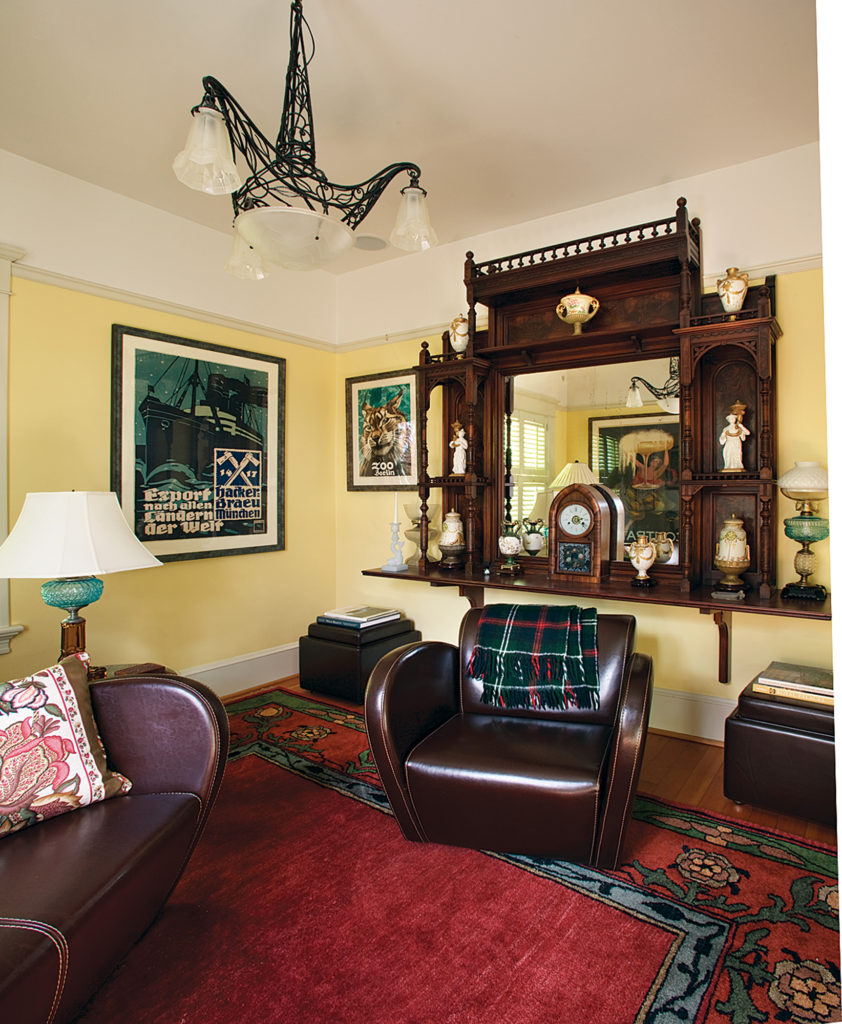 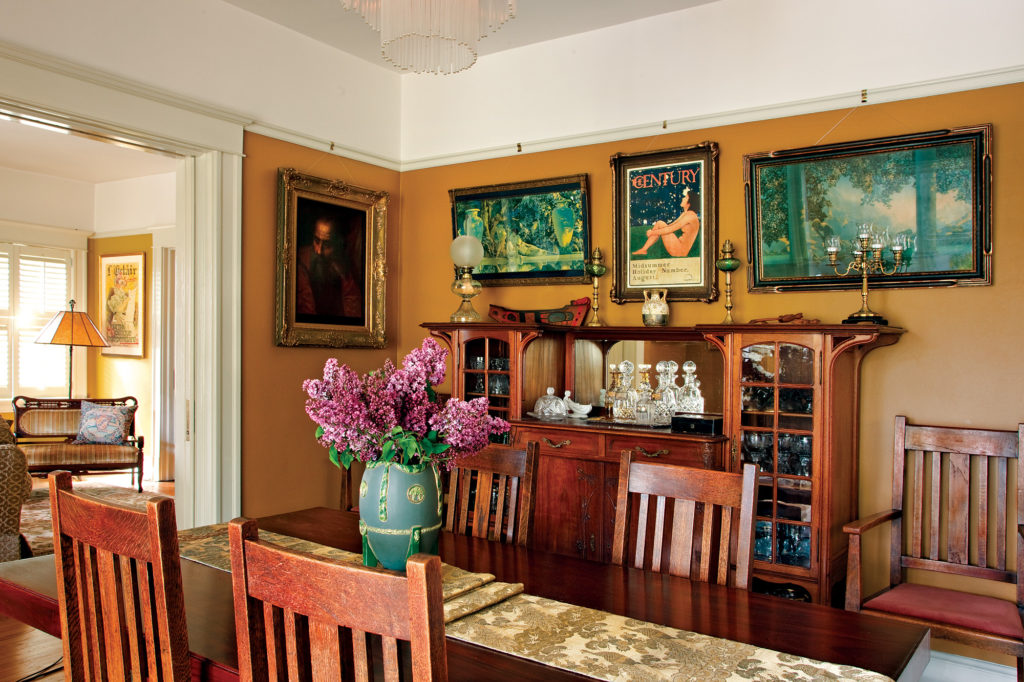 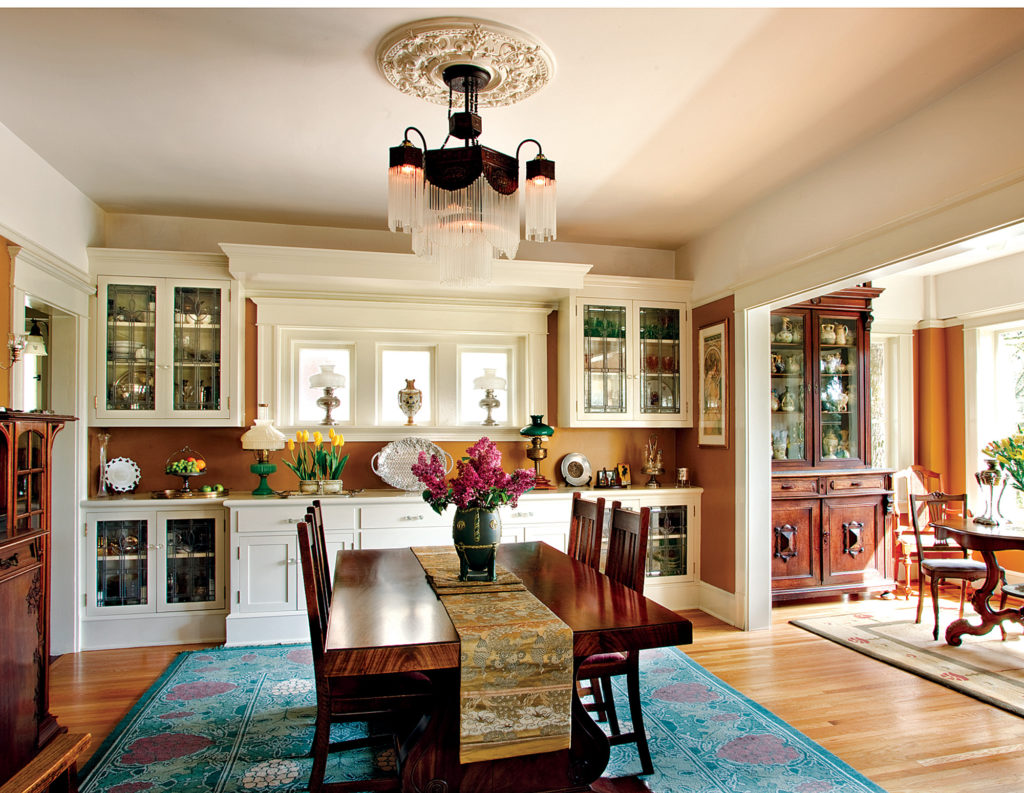 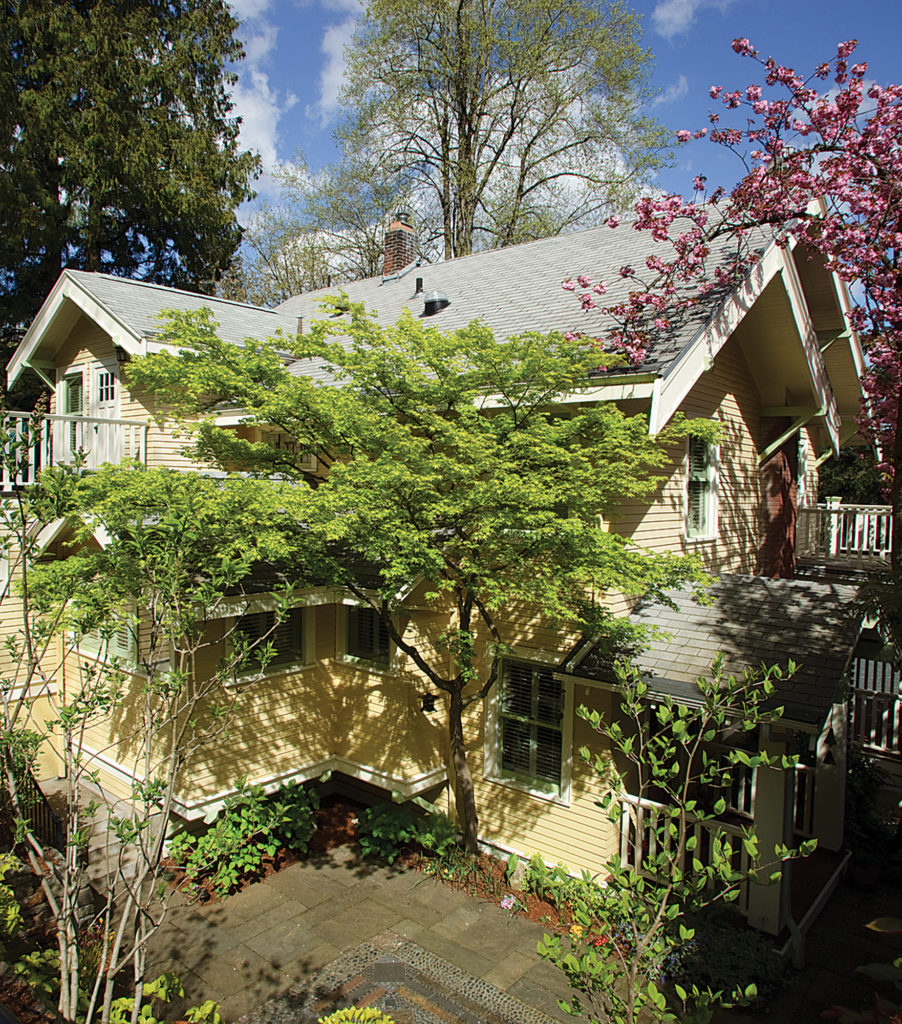 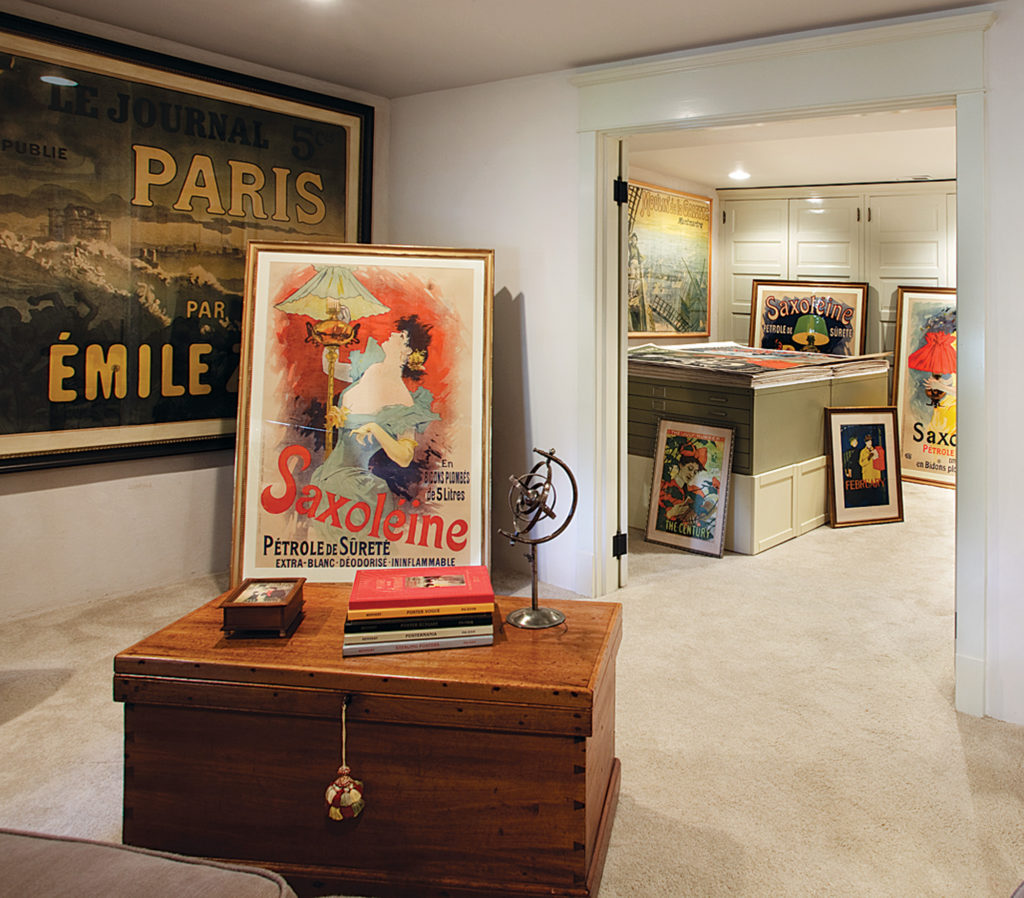 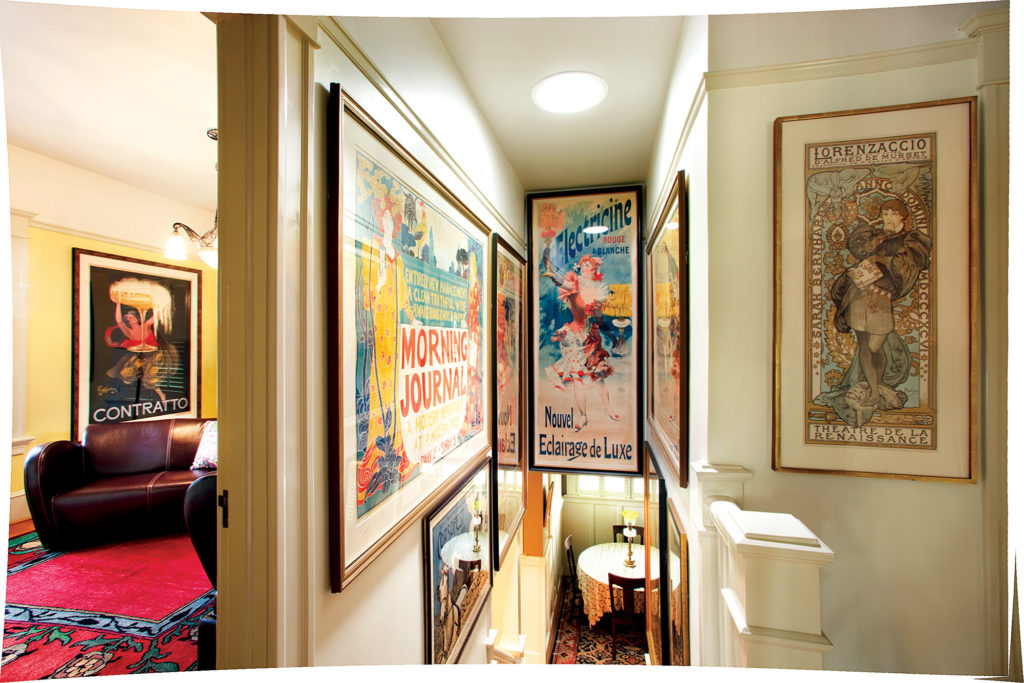 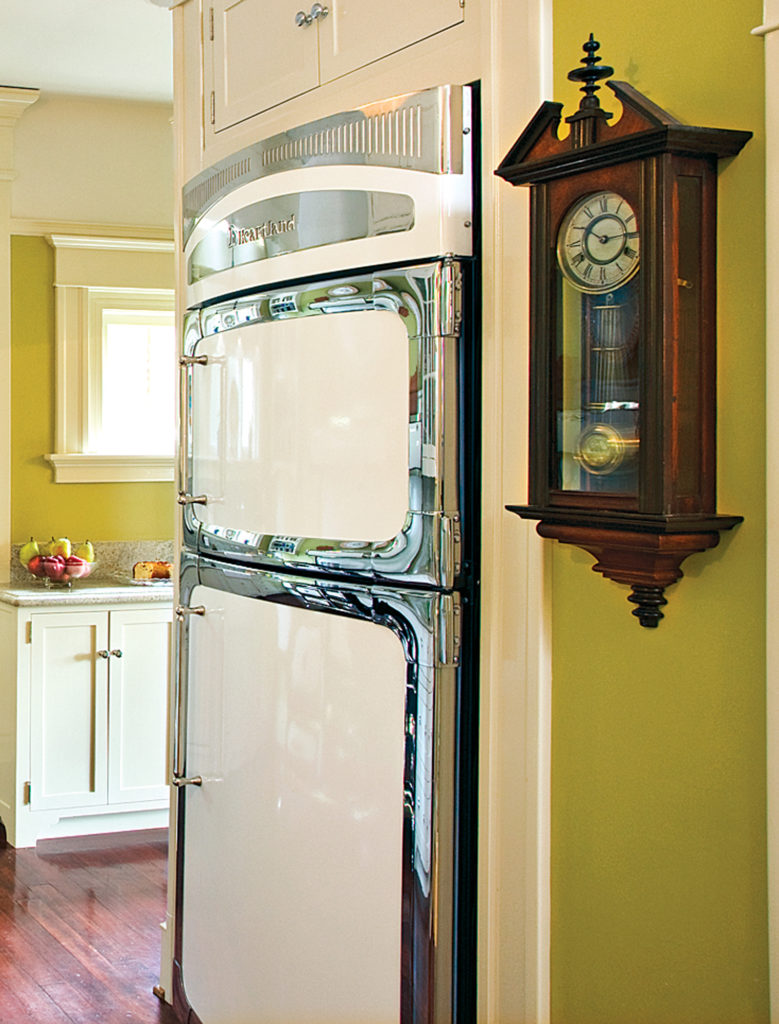 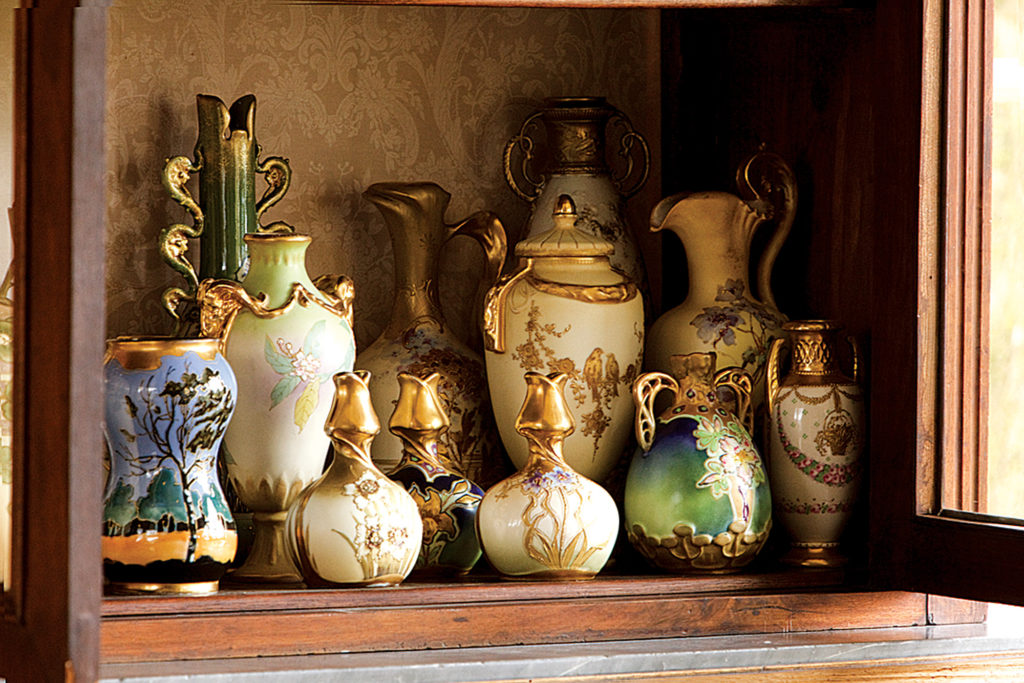 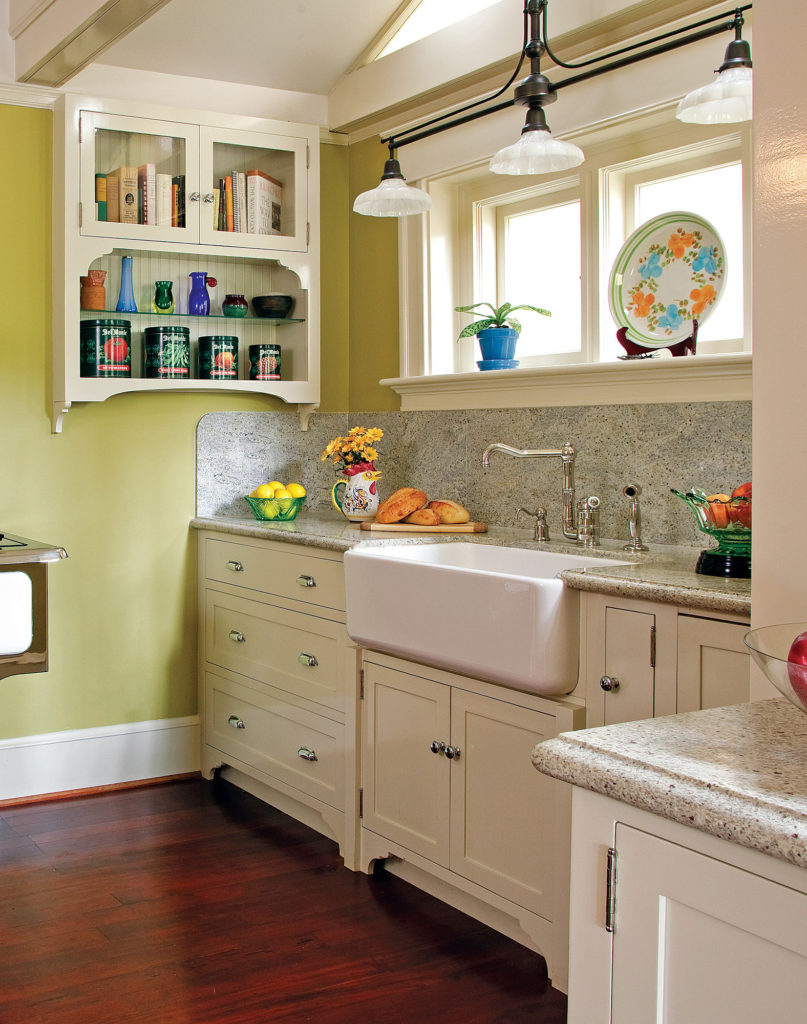 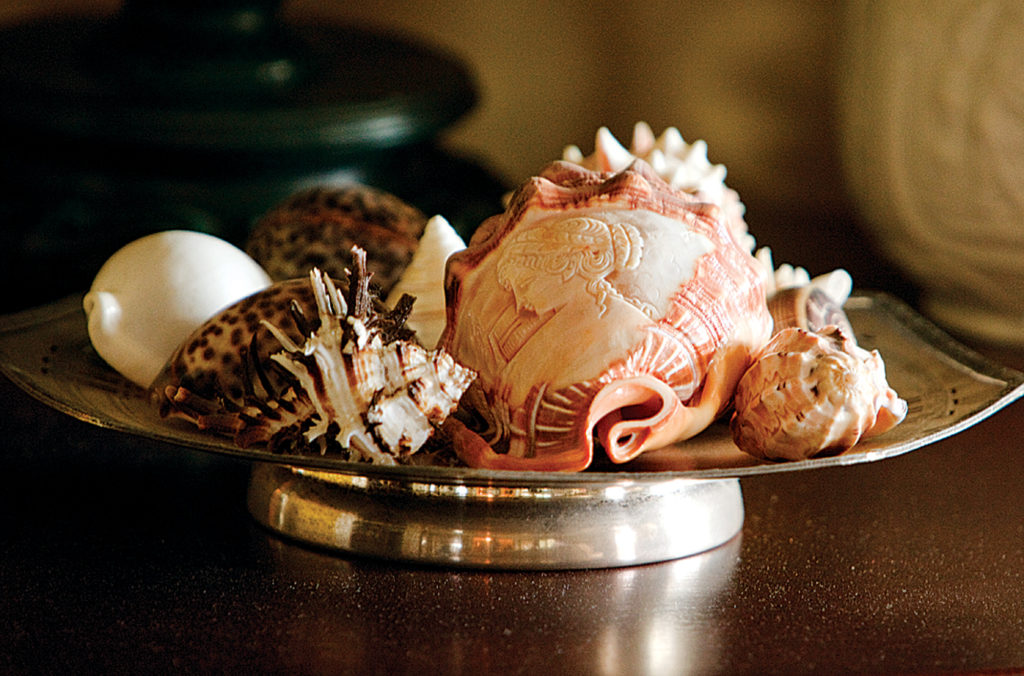 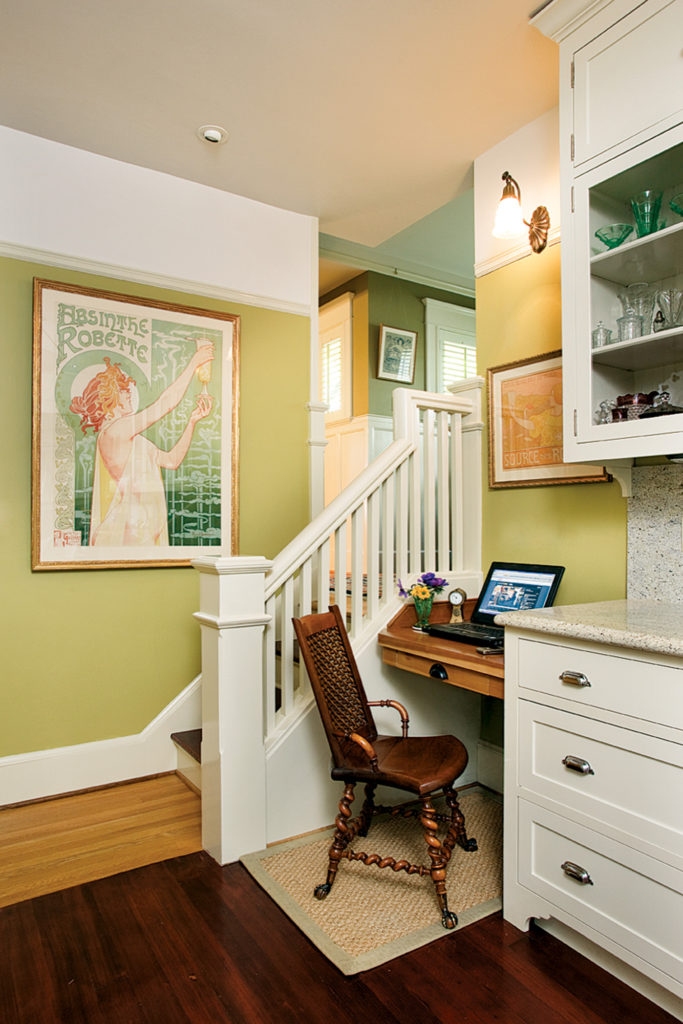 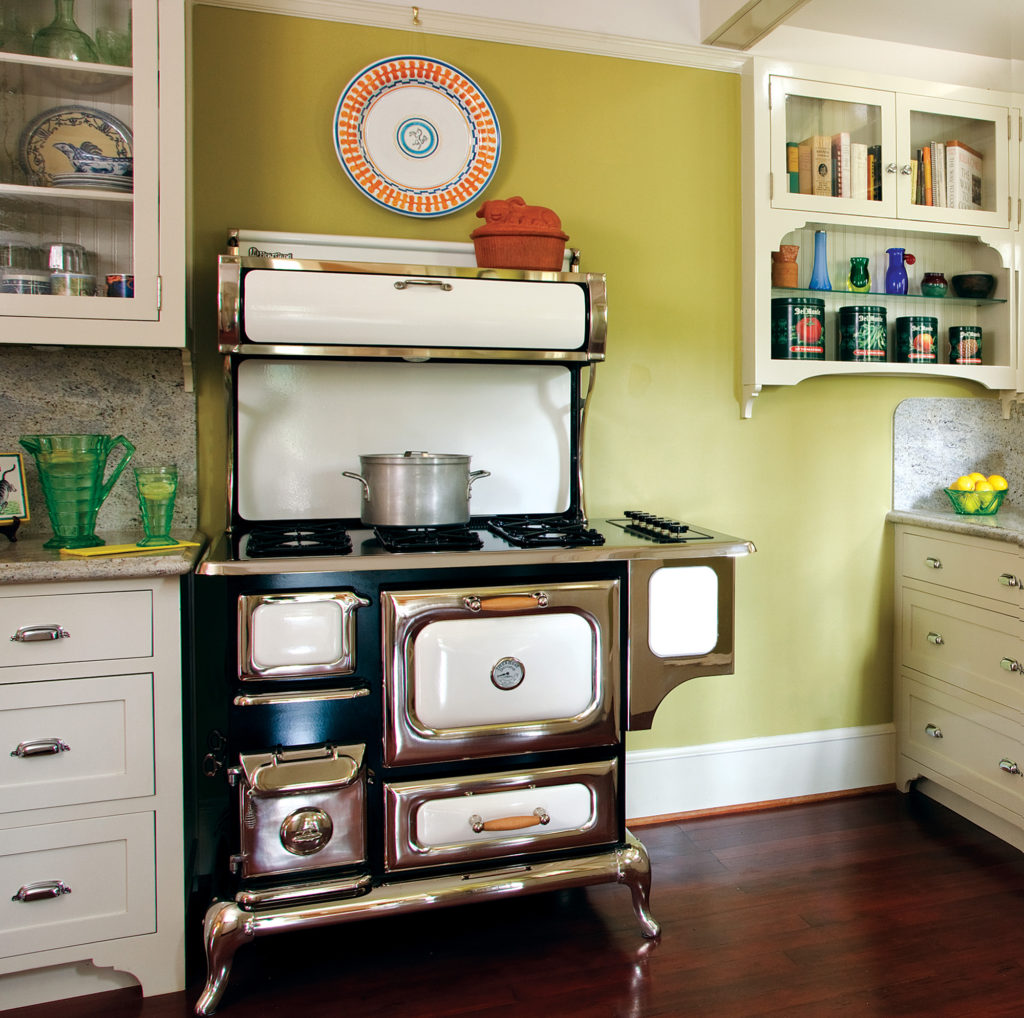 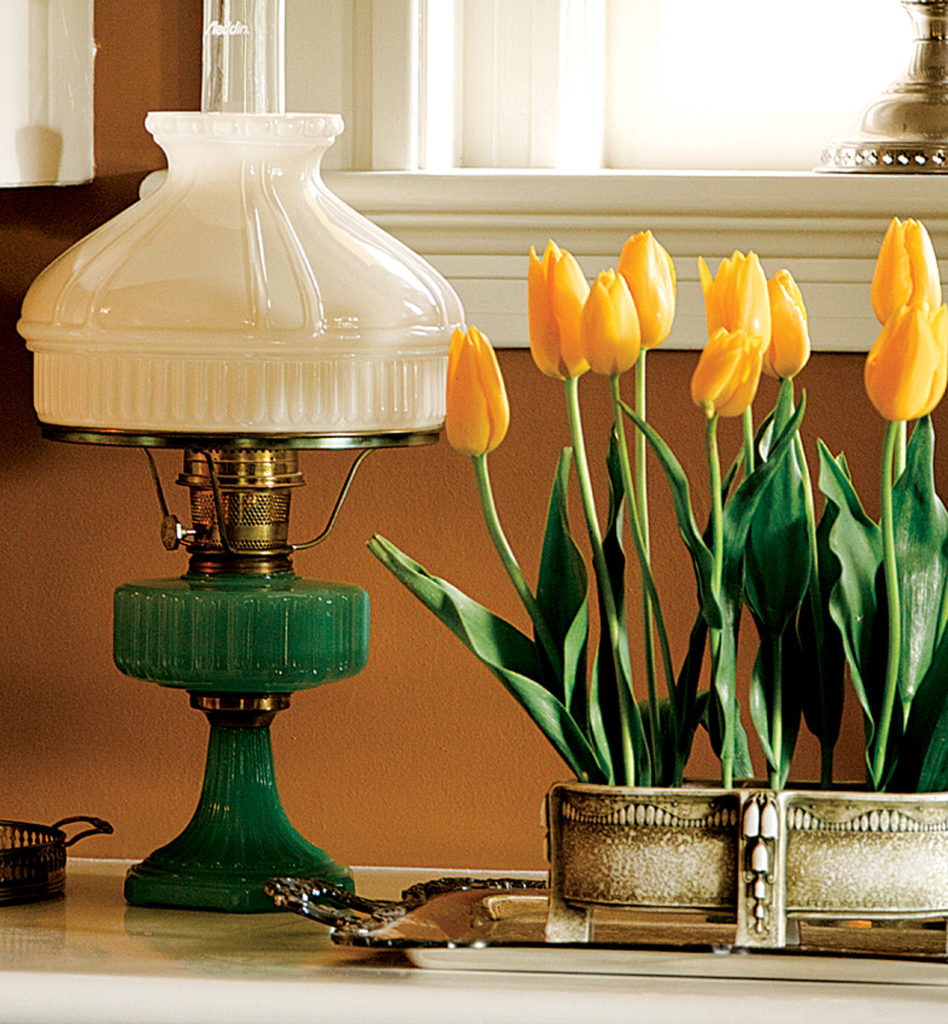 “Getting to know the IVPDA dealers from around the world was crucial to building our collection,” says Dan, who has been buying antiques since he was 17. He spied the Eastlake overmantel in a Portland antiques store when he was 20, and it has graced each of his homes.

The 1889 American clock hanging in the kitchen belonged to Dan’s great-grandparents, who were homesteaders in Oregon. “I was told they packed their belongings onto the backs of mules and headed to the coast. At one point, a mule slipped and fell, but the clock survived because they’d wrapped it in a feather mattress.”

Everything in this household gets that sort of attention, including the 300-plus hollow glass tubes on the early 1900s French chandelier, which was crated by a Parisian dealer at Le Louvre des Antiquaires and shipped to San Francisco in the 1980s, ending up in this Portland dining room in 2006. It takes a full day to clean all the glass tubes and rehang them, but that’s what keeps history alive.

Arts & Crafts in a Manhattan Apartment