When Doug and Faith McDaniel bought their two-story 1915 Arts & Crafts bungalow in Knoxville, Tennessee, three years ago, they were already seasoned restorers with six other homes under their belt. That’s why, when Doug was jolted awake just before midnight one night by a loud bang upstairs, he wasn’t terribly surprised to find Faith tearing out the exterior wall of the kitchenette, converted in the 1950s from a sleeping porch. “I was determined to discover whether the decorative brackets of the original upper balcony were still there,” Faith says. 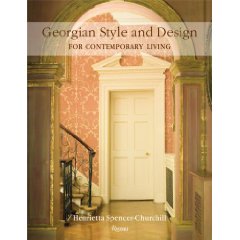 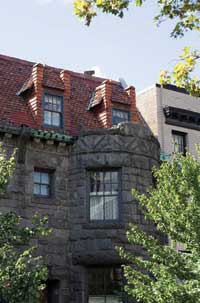 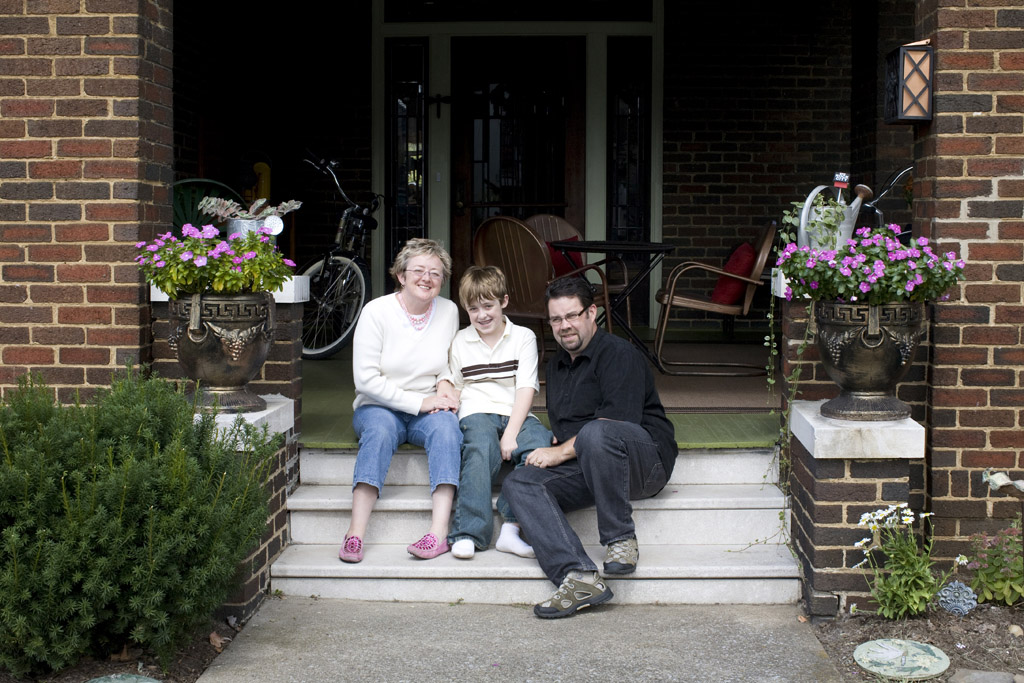 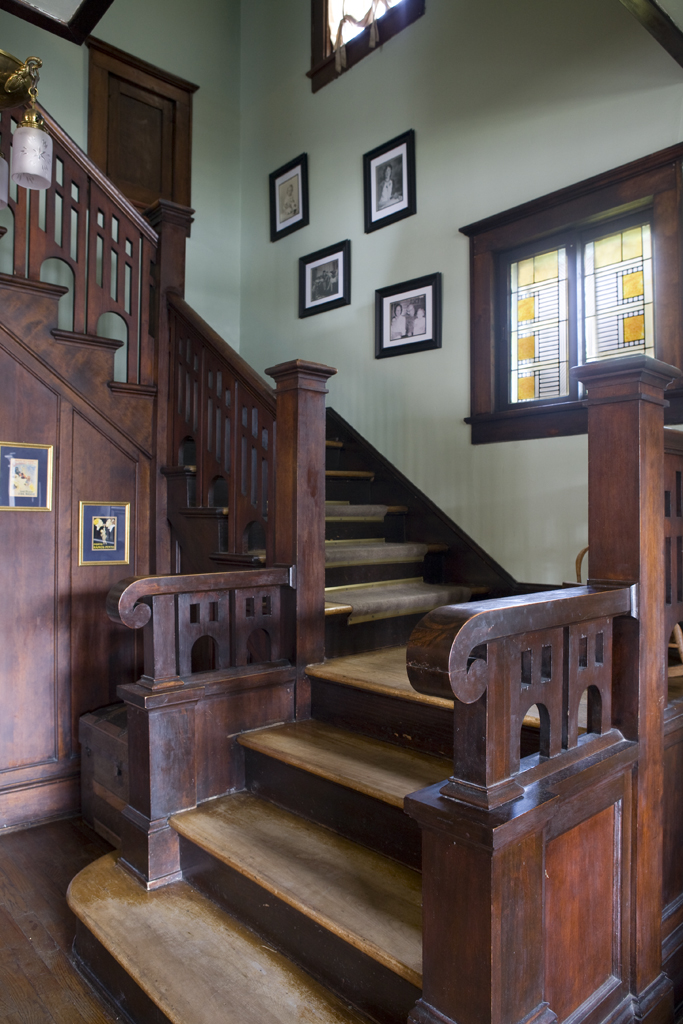 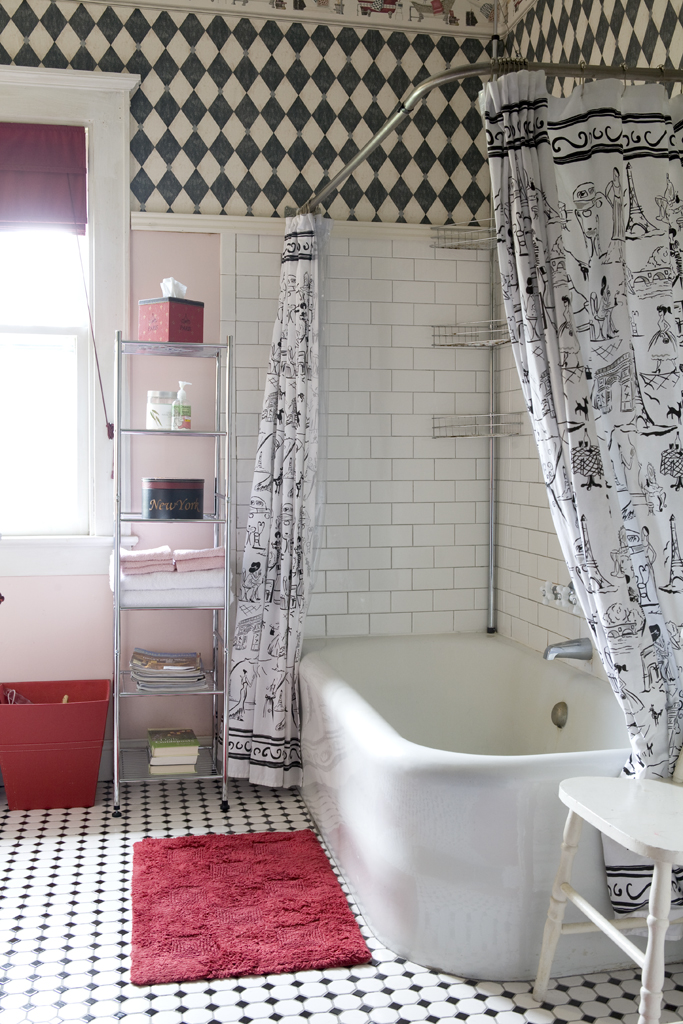 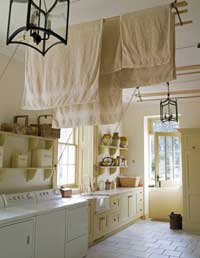 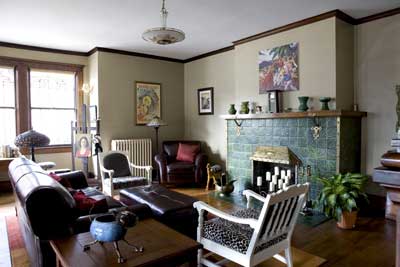 Earlier that day, the McDaniels had hosted Miss Billie McKinney, a retired librarian who had lived in the house as a child in the 1920s, for tea. They found McKinney through a combination of diligent research on the house’s history and talks with neighbors, some of whom still remembered the home’s previous occupants.

Miss McKinney, in her 80s by this time, was pleased to visit her childhood home. “But she didn’t come alone—she brought a friend, just in case we were crazy,” Faith recalls. Once in the house, though, McKinney forgot her reservations as her childhood memories came flooding back. She noted how much smaller the house seemed than when she was a girl, and she recalled how she and her two sisters used to stick bobby pins in the electrical outlets and watch them fly across the room. Just before she left, she stood on the lawn, something she was never allowed to do as a child.

McKinney brought a circa 1920 photo of the home with her, which showed the original upper balcony sleeping porch with its decorative brackets. Though she didn’t want to give up the original copy, Doug ran over to a one-hour photo store and made a reproduction while McKinney and Faith chatted over tea.

“It was so great to see a picture of what the room used to be,” Faith says. “Then I walked up there, and it’s this awful, nasty kitchenette. In the back of my mind, I was thinking, ‘I bet the brackets aren’t there anymore.’ And then I got a screwdriver and a hammer and tapped out two or three small holes. I could tell something was there, and I just started tearing it out. Doug came up and said, ‘What are you doing?’ “

“She’s the culprit,” Doug adds, but Faith is quick to defend herself. “I just got a head start. You would have done it eventually,” she says. “Probably,” he replies. They laugh over a shared history as old-house rehabilitators. “The local alt-weekly once described us as ‘serial renovators,'” Doug says. “I’m not sure it was a compliment.”

Doug is quick to add that he and Faith are not flippers. “We were looking for our ‘forever house’ for our family,” he explains. They’d already bought and restored a number of historic Knoxville homes, none of which were the right fit, by the time they happened upon the estate sale of bluegrass musician Danny Bailey of The Bailey Brothers, whose home was smack in the middle of Knoxville’s two most famous historic districts. On first glance, the McDaniels saw a rather ratty old house shrouded in years of tobacco smoke that hadn’t been updated in more than 40 years.

Three months later the price dropped, and the couple went in to take a serious look. The upstairs bathroom’s marble-topped concrete floor had settled a few inches over the dining room ceiling, a factor Doug and Faith believe was keeping the house from being sold. They made an offer, and ended up buying the 4,200-square-foot bungalow—in relatively good shape overall—for a bargain price.

They tackled the urgent renovation projects first—like pulling the bathroom floor back up into its proper position by removing the concrete slab and marble tiles (which unfortunately were too damaged to save), installing new floor joists, and adding a steel beam with two tie rods stretching up to the attic. After retiling the floor with reproduction hexagonal tiles and reinstalling the Standard Pembroke tub, Doug embarked on a different sort of project: research.

A librarian had once advised him to start researching a house in reverse chronological order. “A lot of people start with the decade the house was built, but you’re better off starting with the most recent owner and working backwards,” he says. “Street addresses and street names change, and unless you know that, you could be researching the wrong house.”

Doug consulted city directories and Sanborn fire maps to piece together a history of the house. He discovered it was built in 1915 by Martin Parmelee, an early business partner of Knoxville-based mail-order architect George Barber. He then widened the lens and began researching the entire block. “That’s how we found the 1920 picture,” he says. A neighbor four doors down had a grandfather who remembered the McKinney family, and Doug tracked down Billie McKinney, still living in Knoxville, through the phone book.

“You look for key names, hoping those names still exist today, and that they have a pile of pictures sitting in their attic,” he explains. Doug also found the son of a Methodist minister, now settled 100 miles south in Chattanooga, who lived in the house from 1938 to 1941. “The son remembered spending summers sleeping on a cot on the sleeping porch. He sent a Polaroid of the house in the 1960s, which showed there used to be two cherry trees out front.”

But the McDaniels hit the jackpot when a Christmas card arrived at their house in December 2007. It was from Odilee Bales Goad of Salem, Virginia, addressed simply to “Resident.” The note read, “I am Odilee Bales Goad. When I was eight to twelve years old, I lived at this address! My father took a job in Roanoke, Virginia. In 1961, we moved to Virginia. We all hated leaving our home! Our parents built a home in Roanoke, but we all said it was not like the one we had to leave. Papa passed away on March 31, 2005. He was 84 years old. Mom is 80 now! She still loves talking about living in that house! I hope you love it as much as we did! Please have a very Merry Christmas and Happy, Healthy New Year. With love, Odilee Goad.” “This wasn’t a card for us,” Faith says. “It was a card for the house.”

The couple and their 11-year-old son, Jacob, have lived in the bungalow for three years now, having finally discovered a place that feels like home. “We’re putting down roots here,” Doug says. “We’ve found the right house for our family. It’s elaborate, but not stuffy; it’s roomy and comfortable. We’re close to downtown and in the middle of a cosmopolitan, urban community.”

The couple loves the large, open floor plan, which is perfect for entertaining. They’re also fans of the artful, clean lines of the bungalow, with its built-in pantry, rich cherry woodwork, original double-hung leaded glass windows boasting a wisteria design, and glazed tile fireplace with a hammered brass hood.

“We both feel like we were born in the wrong generation,” Doug says. “This house gives us the feeling of a simpler time and place.” An IT consultant, he notes the irony, but adds, “Faith and I could be happy at a coffee house in Paris in the 1930s without all the gadgets. It’s nice to unplug.”

Their favorite spot is the porch, which Doug estimates at a roomy 650 square feet. “We’ve had a bunch of cookouts here. Nobody wants to leave because it’s so comfortable, then all of a sudden it’s midnight,” Faith says. It makes for some late nights, but part of their old-house love stems from the sense of community that’s captured on the front porch. “You lose that in the suburbs,” Doug says.

The McDaniels take the long view when it comes to the character and lifestyle of their historic bungalow. “Historic homes really belong to the community,” Doug says. “You may own them for a fleeting period of time, but when you can connect across 70 years of history, you realize that our historic homes and neighborhoods really belong to multiple generations.”