They were on a date when Paul LaViolette introduced Lucille Rossignol to his 1873 Second Empire cottage in suburban Boston. “I had never fallen in love with a man’s house before,” Lucille says.

The house was smaller then, just 1,500 square feet. Despite a distinguished history as one of two area houses built by a niece of President Grant, decay had claimed the cottage. LaViolette, who works in finance, bought it as an investment, and “for its setting atop a hill, well back from the road and framed by old trees . . . and also for its roof of multicolored slate,” he says of his 1986 purchase. Lucille explains that Paul, who soon became her husband, is self-taught and loves to work with his hands. He’d planned to fix the house and sell it.

Instead, the couple saved the house and turned it into something special. “The first floor ceilings are 10′, and three rooms still had their plaster cove moldings. That was about it,” Paul says. “A few understated features were nearly overwhelmed by a string of functional deficiencies that should have scared away any sane buyer.” 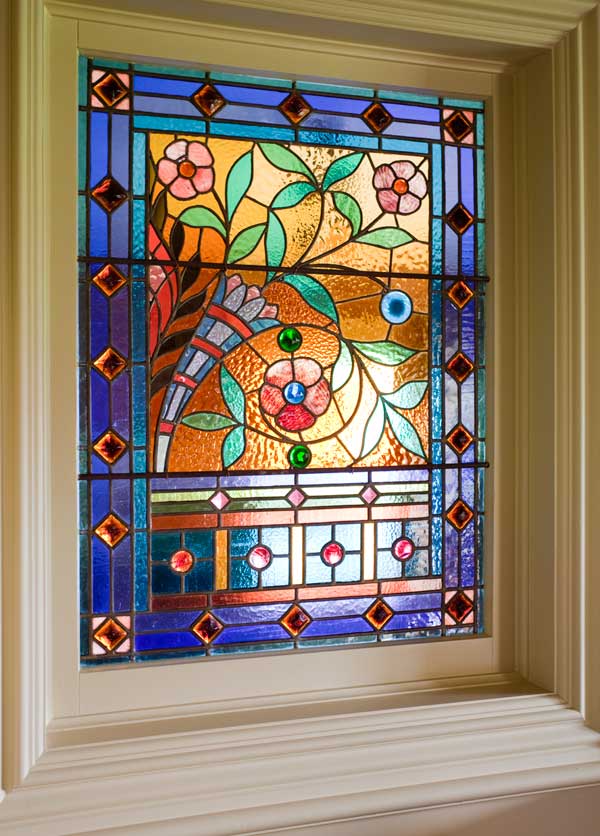 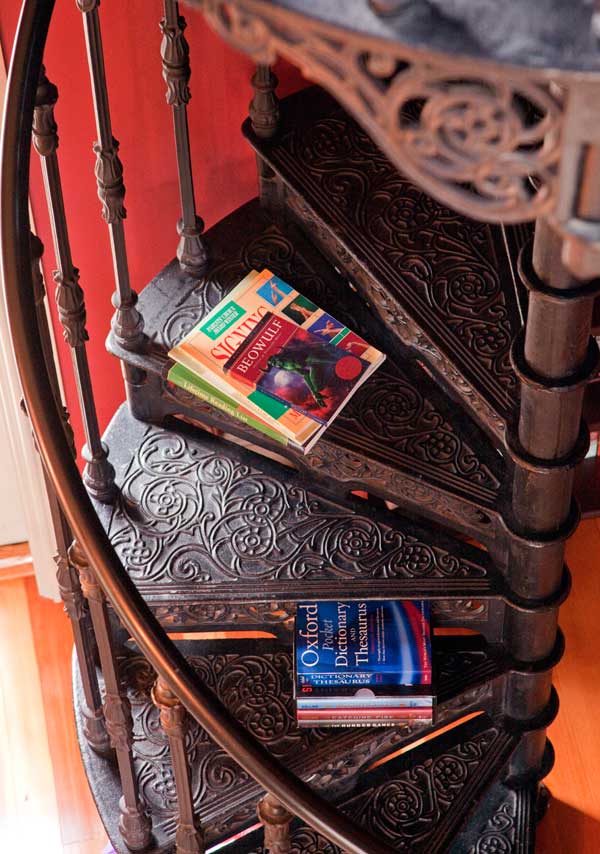 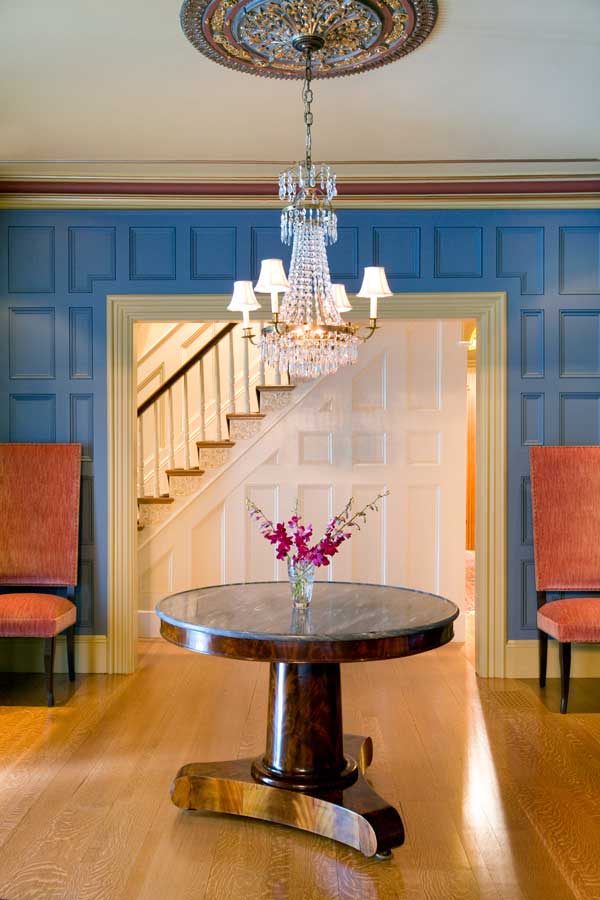 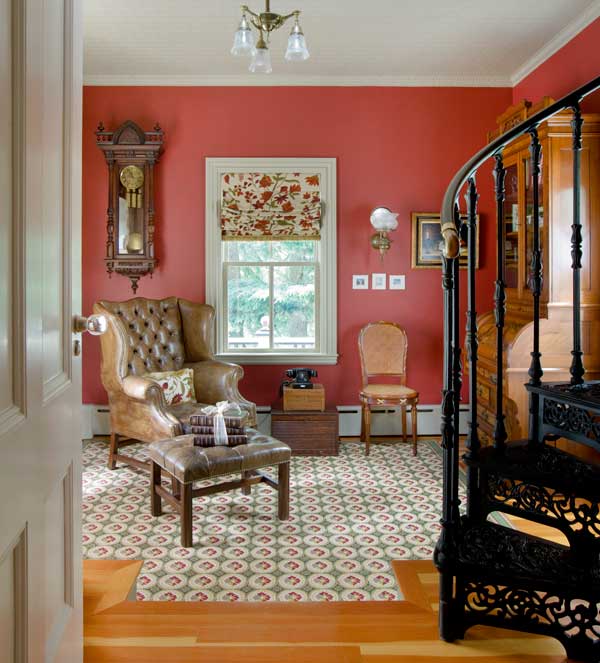 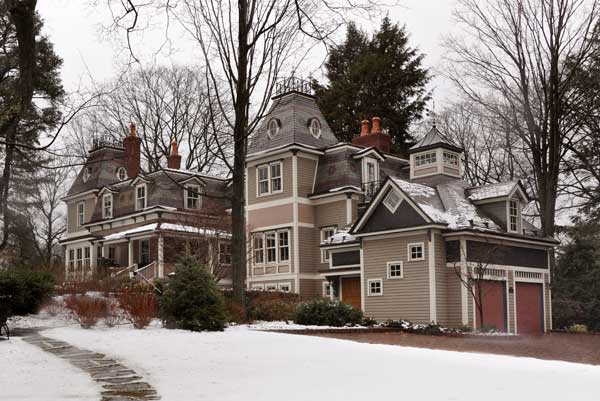 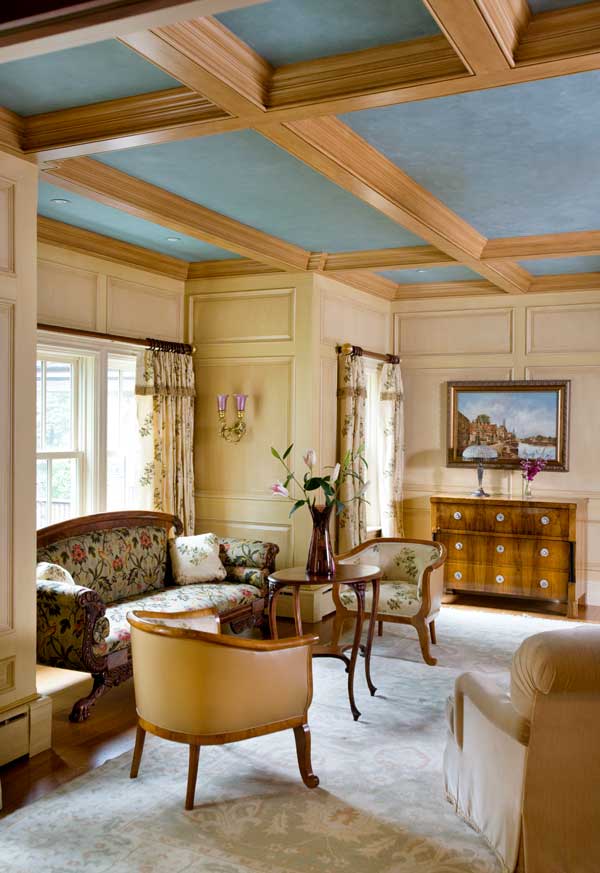 When Lucille and Paul fell in love, they launched a 14-year fix-it-up project that brought a cast of talented craftsmen and designers to create a grander Second Empire house, now 4,300 square feet. Wings telescope to either side of the original central building in the fashion of New England additions. New rooms include a kitchen, a master suite with luxurious marble spa bath, a new entry, bedrooms for children John and Kate, and a vaulted music room lined with multidirectional mahogany beadboard.

The couple were helped by architect Patrick Ahearn and by the Whitla brothers, who “think three-dimensionally and create a solution to almost any fine carpentry problem.” Evidence of their work is seen in crown moldings, raised and recessed paneling, window trim, balustrades, and so on.

“We tried to fix the house one room at a time, but we had no clear plan or big picture. And when we started, we didn’t have kids,” Lucille adds. The order of additions began with a new front door alcove in 1991. The garage, the back tower, and the music room followed a few years later.

In 2000, they connected the house to the garage, adding that second tower. “Adding tower(s) was about adding strength,” Paul explains. “I never wanted to undo anything original, only to take the original to a higher level.” The couple say they imagined the original house built with more passion. Rosettes in red slate on the original roof gave them permission to embellish with other details.

Reviving a Castle-Like House in Michigan