The narrow, deeply indented finger of farmland, orchards, and seaside villages points at offshore Washington Island; between them rushes the Port des Morts Straight. This treacherous channel is the source of the name “Door County”—deceptively inviting.

When French fur trappers called it Death’s Door, they translated the Native American name, and for years, that kept folks away. Then, in the 1850s, immigrants came from Norway, Iceland, Germany, Belgium, Poland, and Ireland to lumber, fish, and farm. They created the bucolic landscape that began to draw tourists as early as 1860, when they came by steamship from Chicago and Milwaukee. 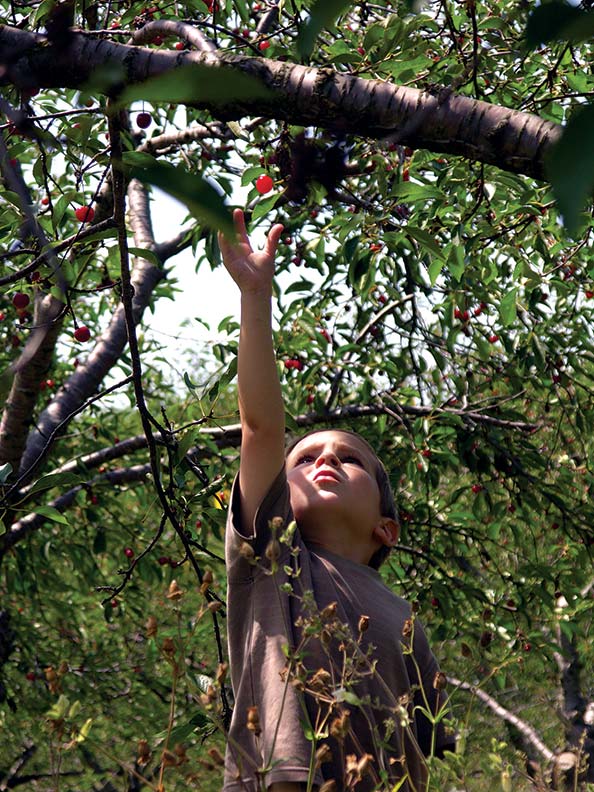 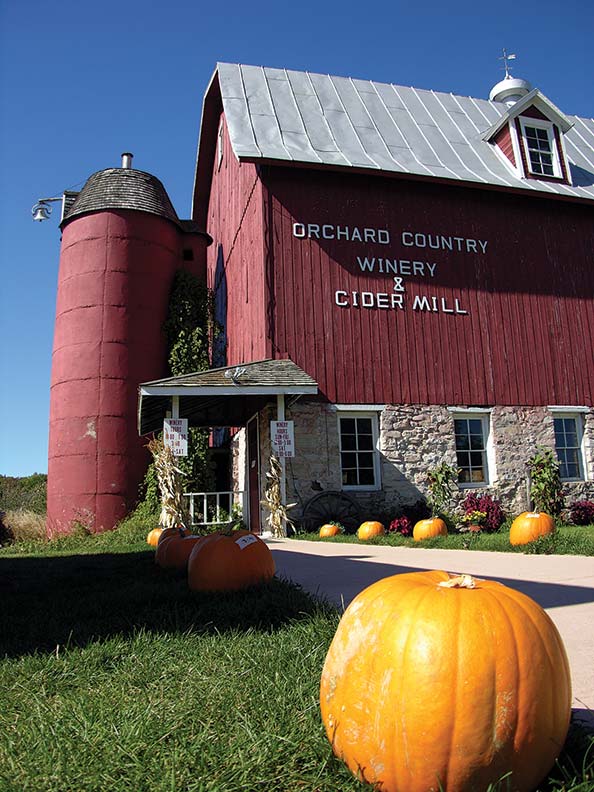 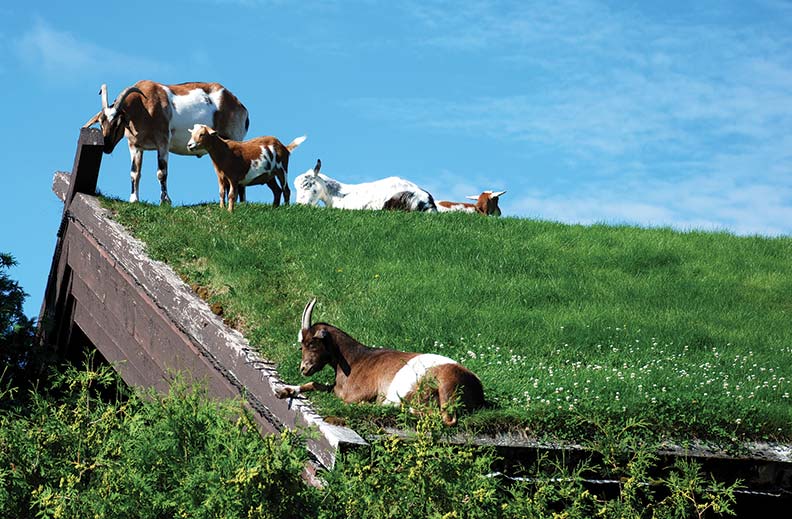 Locals sometimes refer to Door County as “the Cape Cod of the Midwest,” drawing comparison to another peninsula blessed with white sand beaches, scenic beauty, and historic waterfront towns. Unlike its eastern counterpart, Door County boasts Scandinavian architecture and remains a gentle and charming land innocent of malls, superhighways, and fast-food franchises.

Antiques shops and galleries, however, thrive in towns with names like Sister Bay and Egg Harbor. Chic shops, refined inns, and fine restaurants cater to the visitor in Fish Creek or Bailey’s Harbor. In July families come to pick their own cherries in the orchards; in fall they return to pick apples.

At all times of year, people come to watch and partake in a Door County fish boil. Served all over the county, it is an outdoor food preparation method involving huge black kettles, kerosene, and fiery spectacle. Lake Michigan whitefish, usually accompanied by potatoes, and sometimes by corn on the cob, is the delicious result of a tradition begun by 19th lumberjacks and found nowhere else.

An excellent place to absorb the area’s deep history, and far more, is at the Door County Maritime Museum, with locations in Sturgeon Bay, Gills Rock, and Cana Island. The Great Lakes shipping and commercial fishing so vital to the county’s past continues, as demonstrated here. The organization also sponsors the annual Lighthouse Walk, usually in May, but warns that it is nearly impossible to see all 10 Door County lighthouses in one weekend. All but two of the historic structures are still in service, including the Stick Style lighthouses at Eagle Bluff. The lovely 1858 Pilot Island Lighthouse’s cream-colored brick is in dire need of repair, but the two picturesque, decommissioned 19th century range lights at Bailey’s Harbor are well-maintained. In winter, catch the sight of Great Lakes freighters in ice in the Sturgeon Bay Ship Canal, completed in 1882.

Unlike more strident vacation destinations, Door County has managed the balancing act of appealing to visitors while remaining its personality as a place unto itself, steeped in local history, culture, and tradition. In 1935 the Peninsula Players Theatre debuted with Noel Coward’s “Hay Fever,” and performances continue. Theatre and music fans are also entertained at the Birch Creek Music Performance Center, the American Folklore Theater, Door Shakespeare’s, the Third Avenue Playhouse, the Peninsula Music Festival, Isadoora Theatre Company, and Midsummer’s Music.