There’s a british colonial feel to the Lost Tree Village golf community in North Palm Beach, Florida. Richard Sammons, principal of Fairfax & Sammons, took cues from the homes dotting the tree-lined streets, and found inspiration in the surrounding bodies of water: the Atlantic Ocean, the Intracoastal Waterway, and two inland lakes—Pelican Lake and Lake Jane. Its corner lot locale also influenced the architect’s plans. “It’s a maritime villa on a corner lot, so immediately I’m thinking lighthouse; I’m thinking two entries on the corner; and I want it to feel tropical.” The bright white stucco exterior and blue shutters, he notes, are reminiscent of the Greek Islands. “It has a very maritime fresh feeling.”

The two-story, 8,150-square-foot Anglo-Caribbean style residence replaced a one-story home built in the 1970s. It consists of a main block and two dependencies, the garage and a self-contained guest house with a full suite of rooms, which are attached to the main house by breezeways. Together they form an entry courtyard featuring plantings and fountains hemming the walk to the pedimented Doric entry portico. “Before stepping into the house, there’s a transverse view between the of Athens, and it may have been subliminal but the clients happen to be Greek.”

The octagonal tower is the nucleus of the house. “The tower mitigates the forecourt and the two wings,” says Sammons, adding that to enter the tower is to be drawn to the veranda beyond. “The intention of the house is that it is interconnected with the outside. That’s why you go through the courtyard first—it’s an outdoor room.”

The Caribbean influence is evident in the steeply sloped roofs, which are a combination of wood shingle and standing seam copper. And the windows are dressed in a combination of Bahama and Colonial shutters; both the windows and doors are made of painted mahogany. “It’s a Georgian-style house that has been adapted to the tropical climate—sort of pan-British Empire,” notes Sammons.

The basic arrangement of the house is along primary and secondary axes, oriented perpendicularly to one another and intersecting in the entry hall. The main axial sequence of spaces progresses from the motor court, through the courtyard and house, and on to the rear lawn—whose broad expanse includes a terrace, fire pit, and pool/spa—ultimately reaching the lake beyond. A secondary axis connects the dining/billiards room at one end to the cypress-paneled library at the other.

These two axes are repeated on the second floor—the primary runs from the rookery (overlooking the entry courtyard) to the living room clerestory, where windows yield lake views; the secondary runs from one bedroom wing to the other via the balcony on the living room’s second floor. The two-story living room sits opposite the entry hall, its first-floor French doors opening to a deep veranda shaded by a bracketed arbor atop a Doric colonnade. “In a lot of my houses I try to make the public rooms all part of the circulation, so there are no dead rooms,” says Sammons. “Everything is connected.” 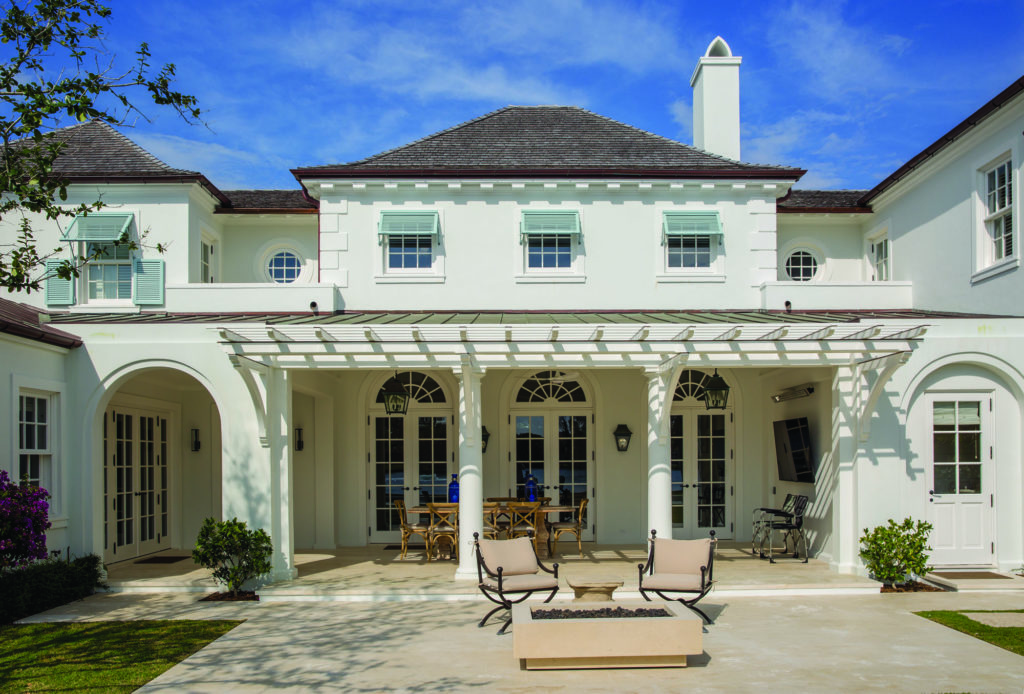 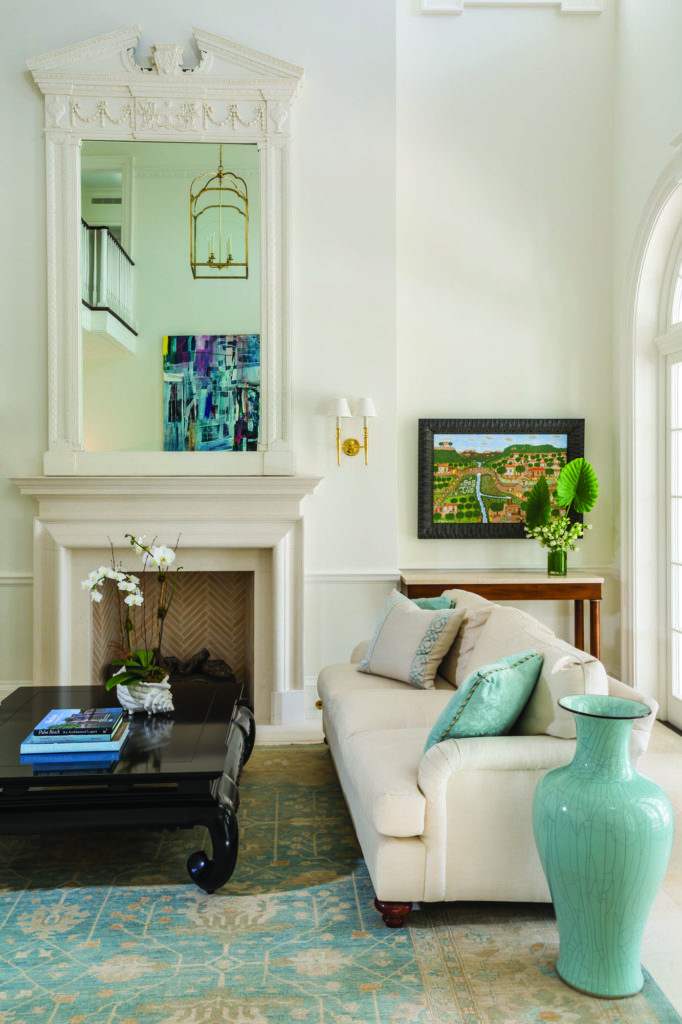 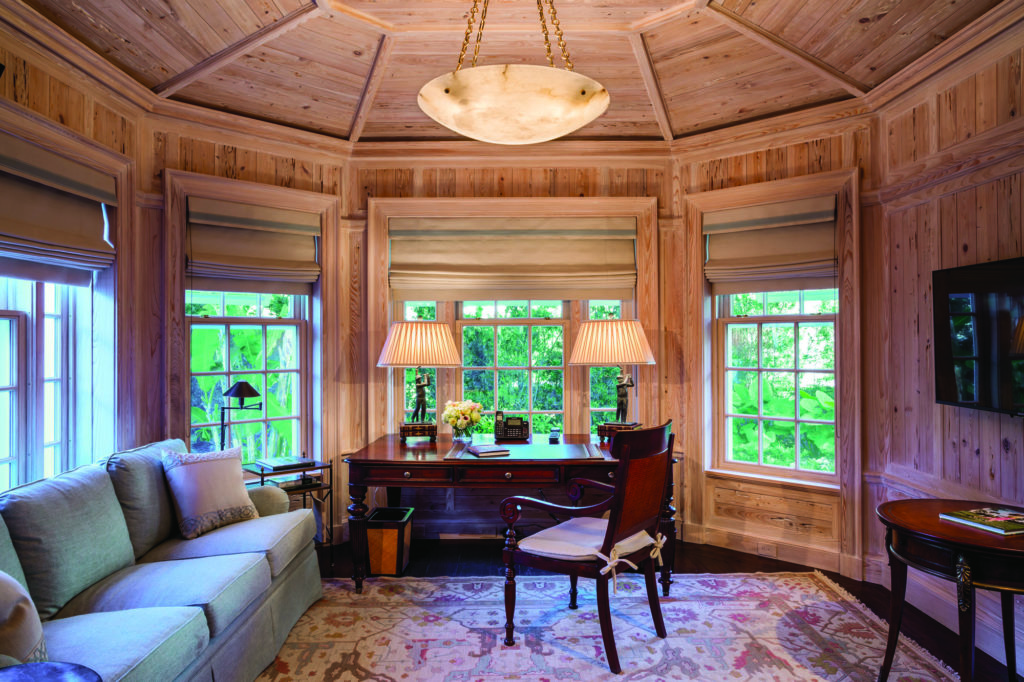 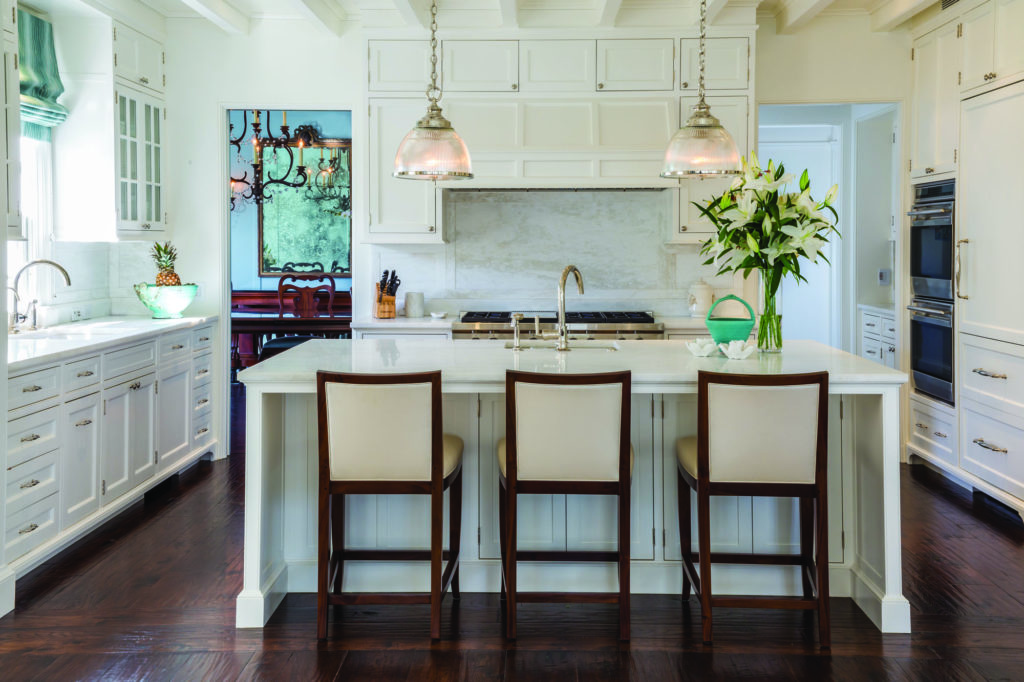 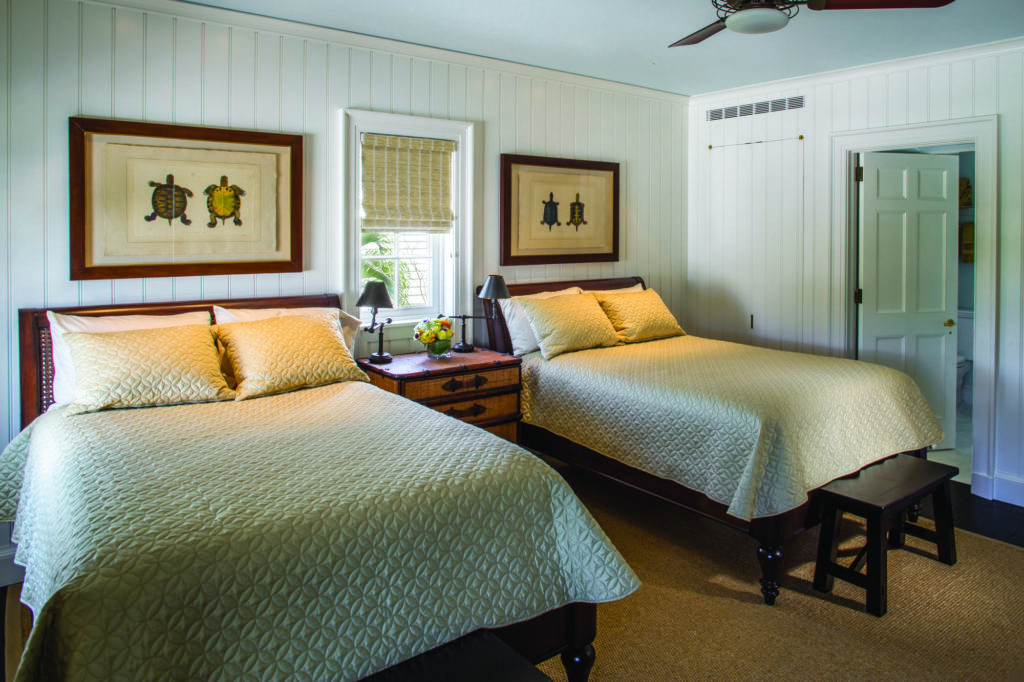 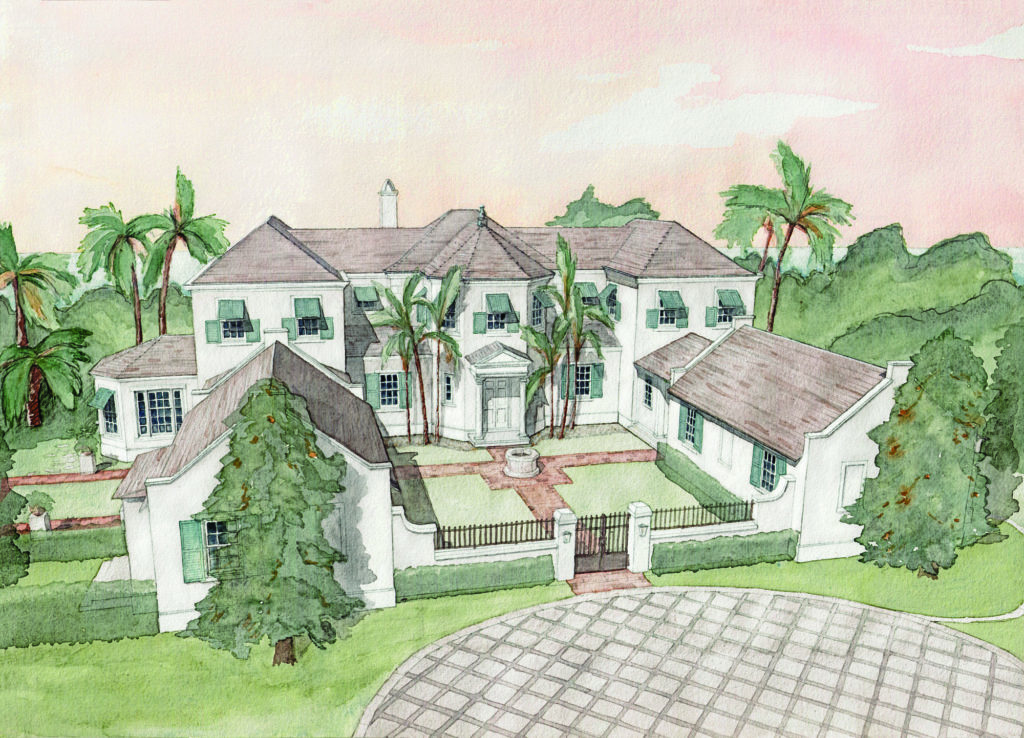 “All in all, the house remains a thoroughly tropical expression of a five-part Palladian plan,” concludes Sammons. The ways in which the axial forms are linked played a central role in the design’s success—a success so great, it received a 2017 Palladio Award.

The owners have settled into their sophisticated Georgian-style home beautifully—its a place to play and connect with family and friends.

A New Greek Revival Style House on the Prairie