“Why on Earth would you live in an old house?” a coworker innocently asked Alex Seleny soon after he started a new job last year. He’d found himself in an inevitable conversation about home maintenance—this one happened to be about the wisdom of watering concrete-slab foundations. When Alex had revealed that his own house is a centenarian, the others expressed surprise verging on horror, he recalls.

“Well, first of all, the location is great,” Alex, a web developer, began. The home he shares with wife, Kathleen, and toddler son, Noah, in the Fairmount neighborhood of Fort Worth, Texas, is a five-minute drive from downtown. “The other thing is that, well, you know,” he remembers stalling to ease them into a concept they clearly weren’t familiar with, “when they built these houses, slabs didn’t exist.”

A classic Craftsman bungalow, the Selenys’ home was constructed on a pier-and-beam foundation. Their house’s official birthday escaped the historical record, but it first appeared in the 1910-1911 City Directory, and land records indicate that the plot changed hands in 1908. So, Alex and Kathleen surmise that construction probably began that year, perhaps finishing in 1909.

When the newly married couple began their search for a home in 2001, this house met their major criteria: It had a front porch and a fireplace. It did not have a swimming pool. It had three bedrooms and two bathrooms —or, at least, the potential for two bathrooms. And, most important, it was livable. They were ready and willing to restore a house, but they needed to live in it from the get-go. 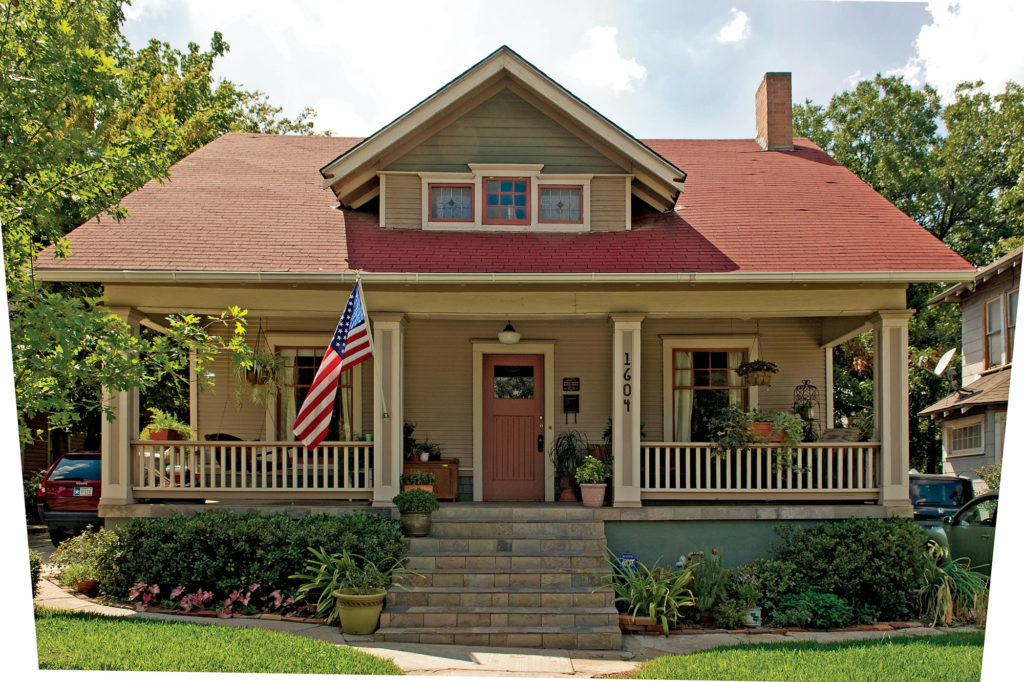 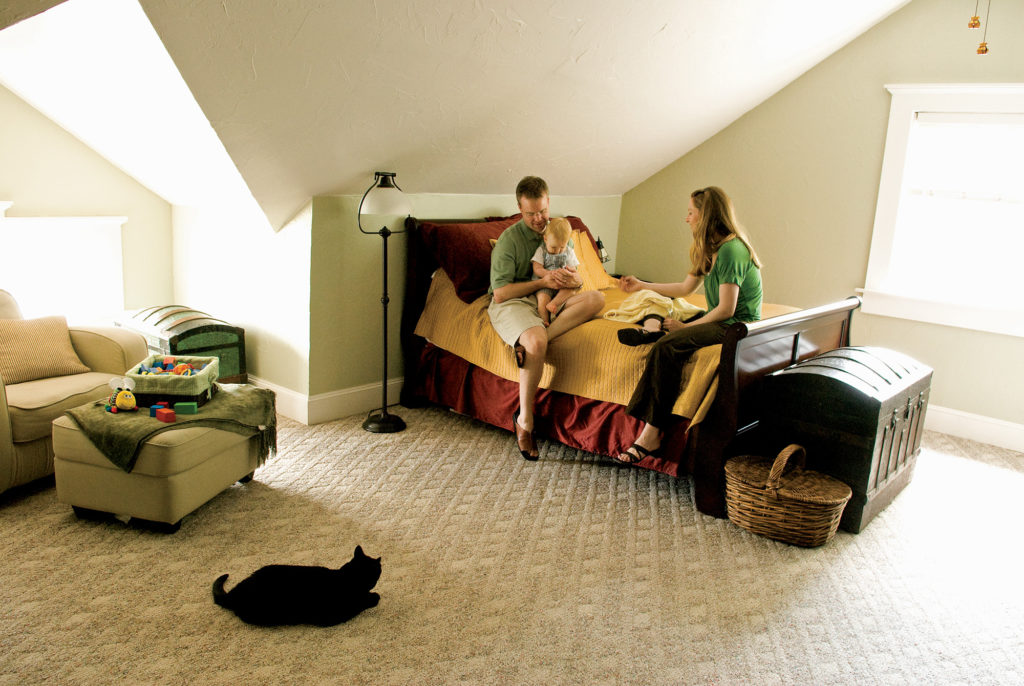 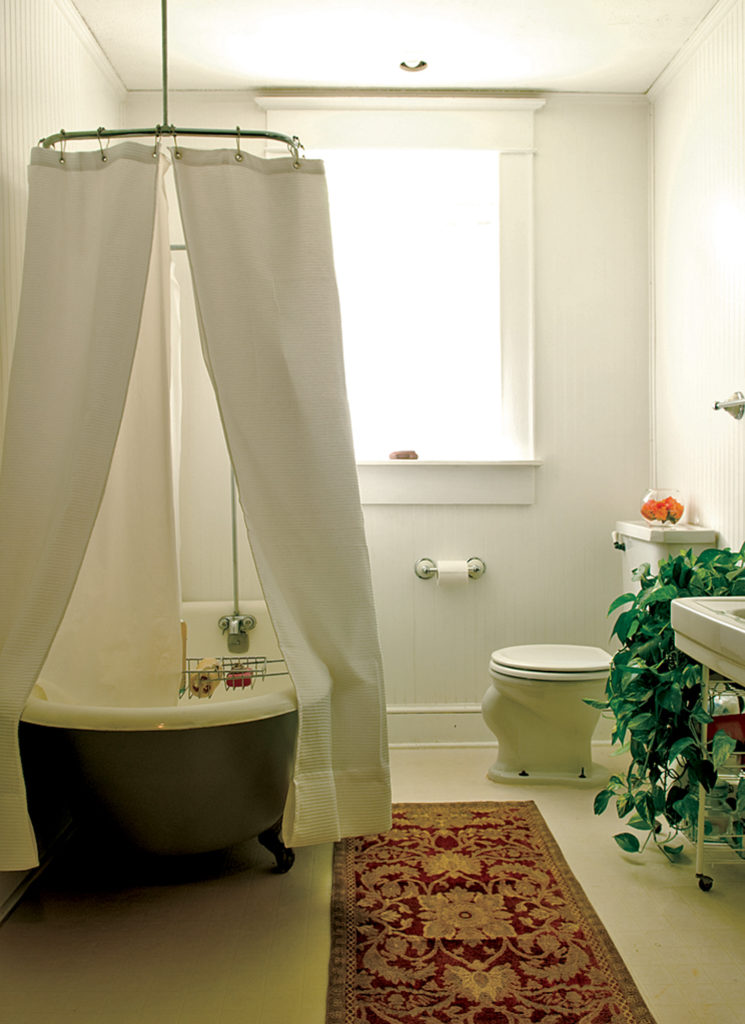 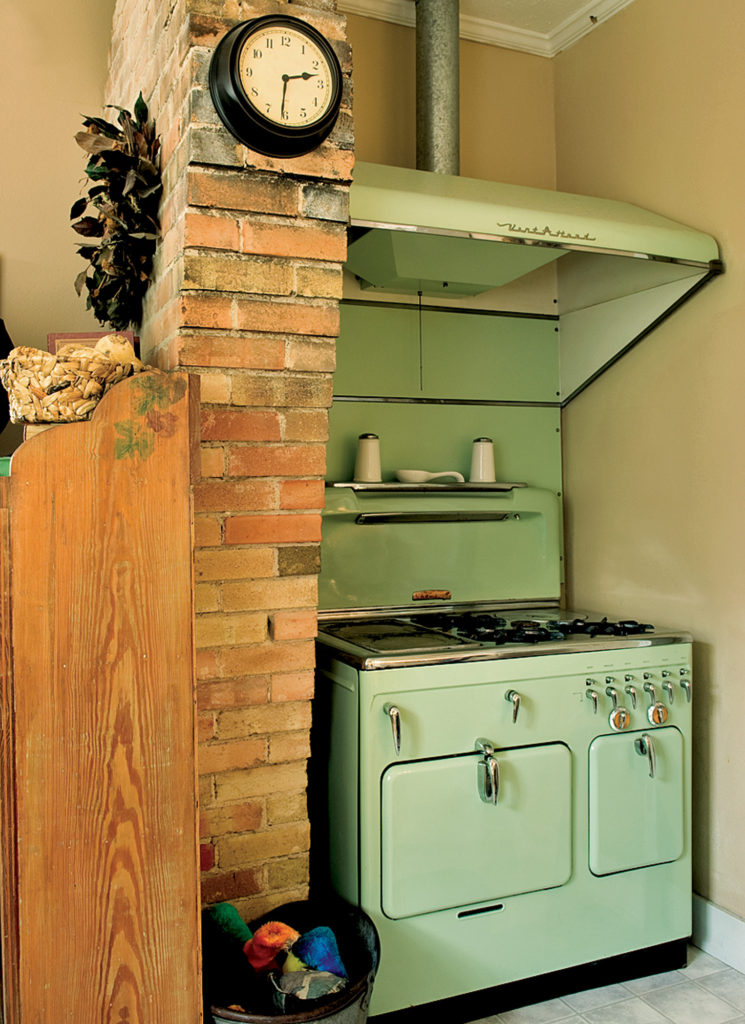 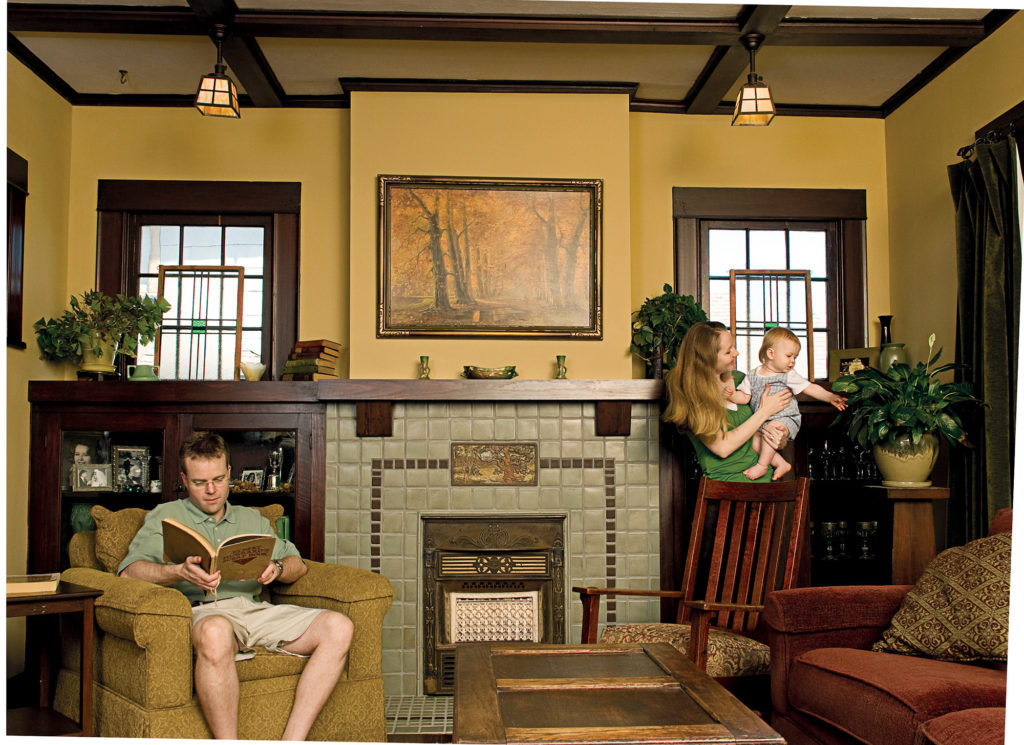 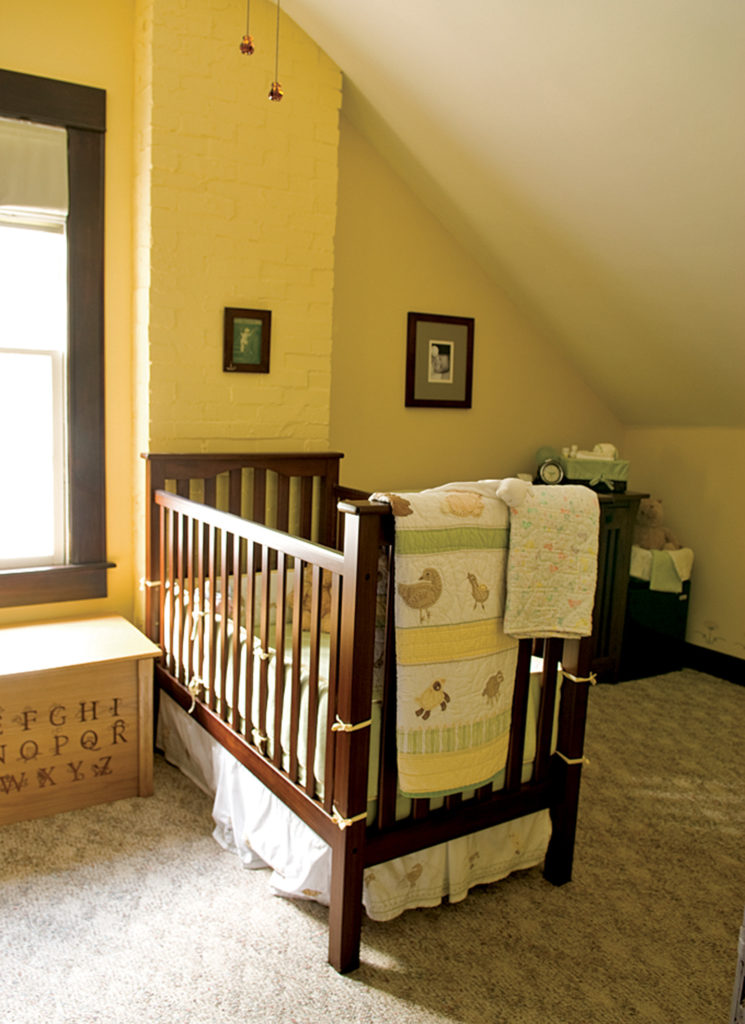 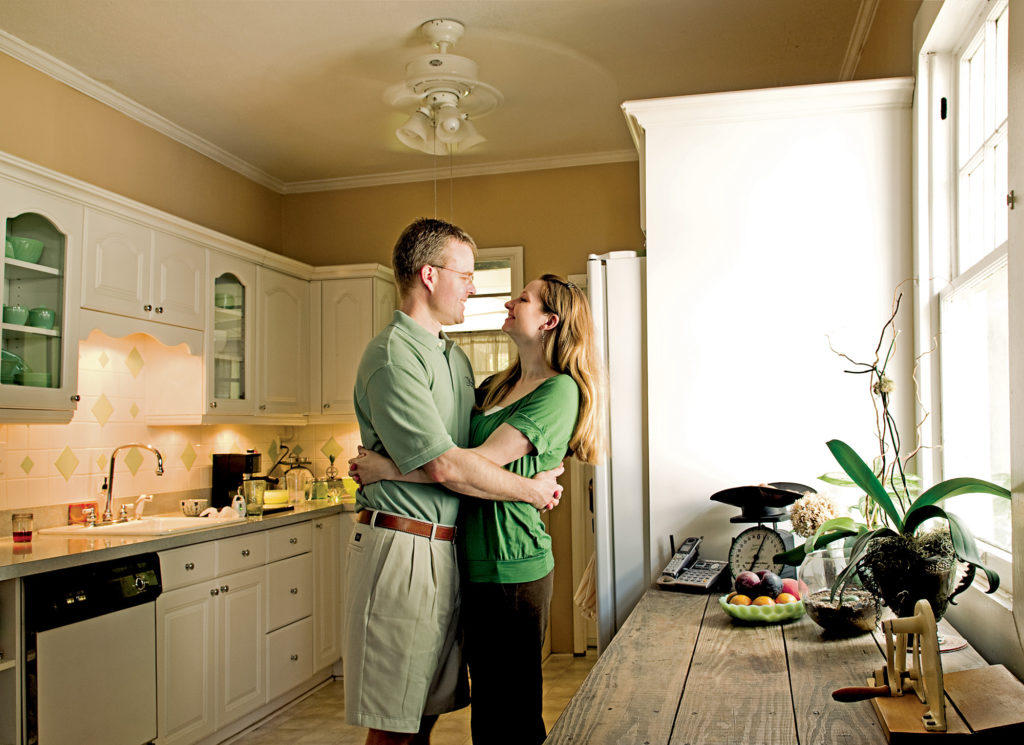 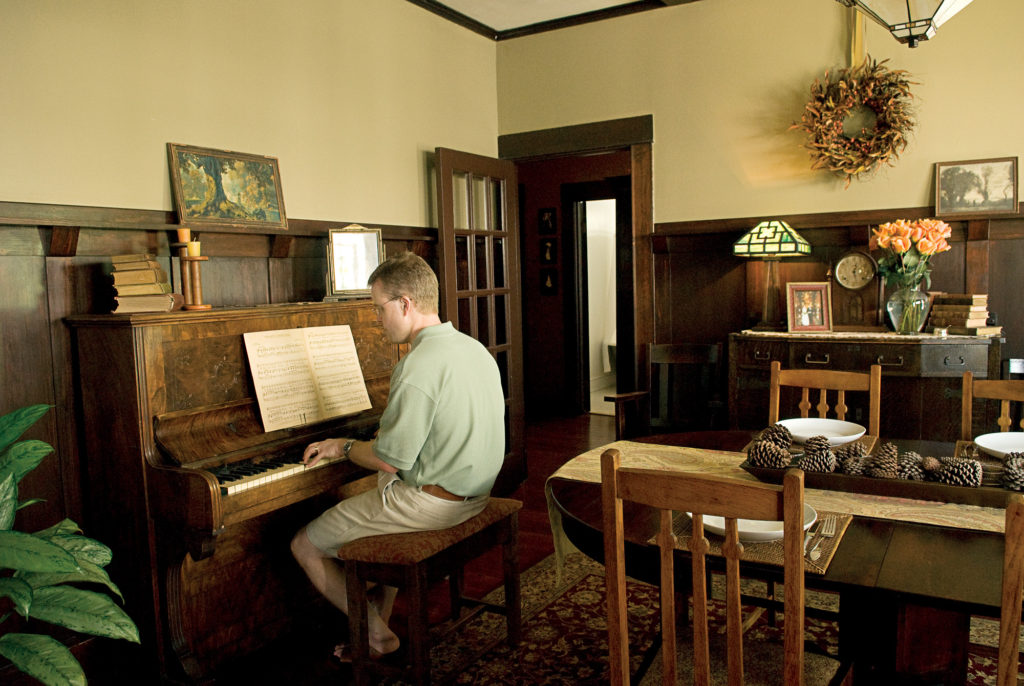 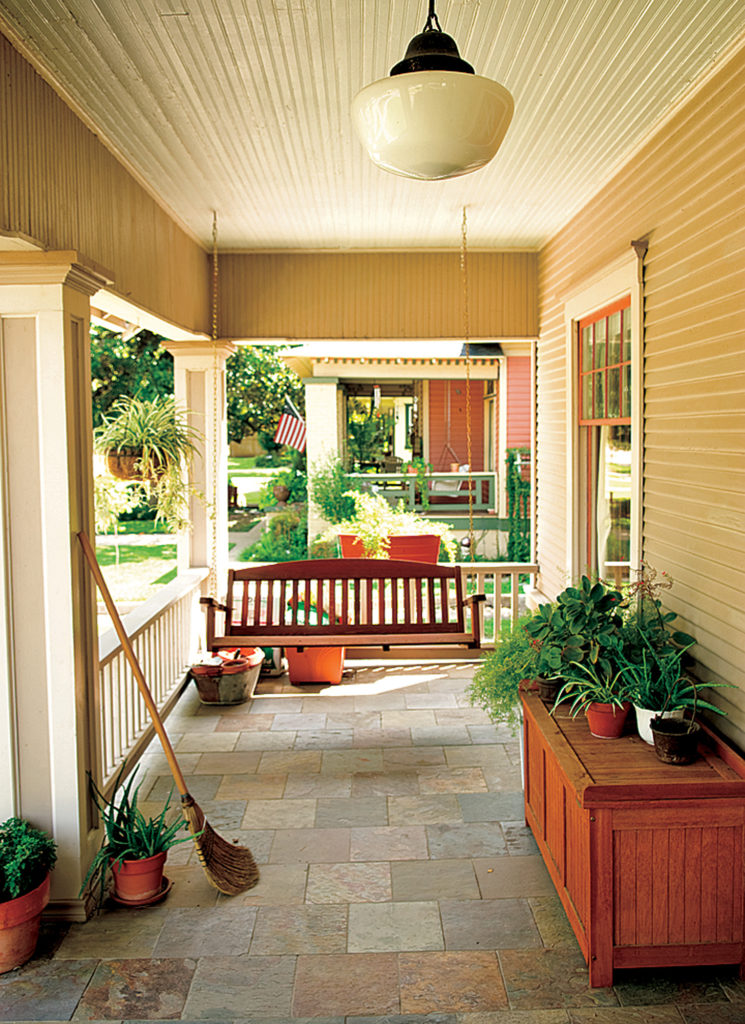 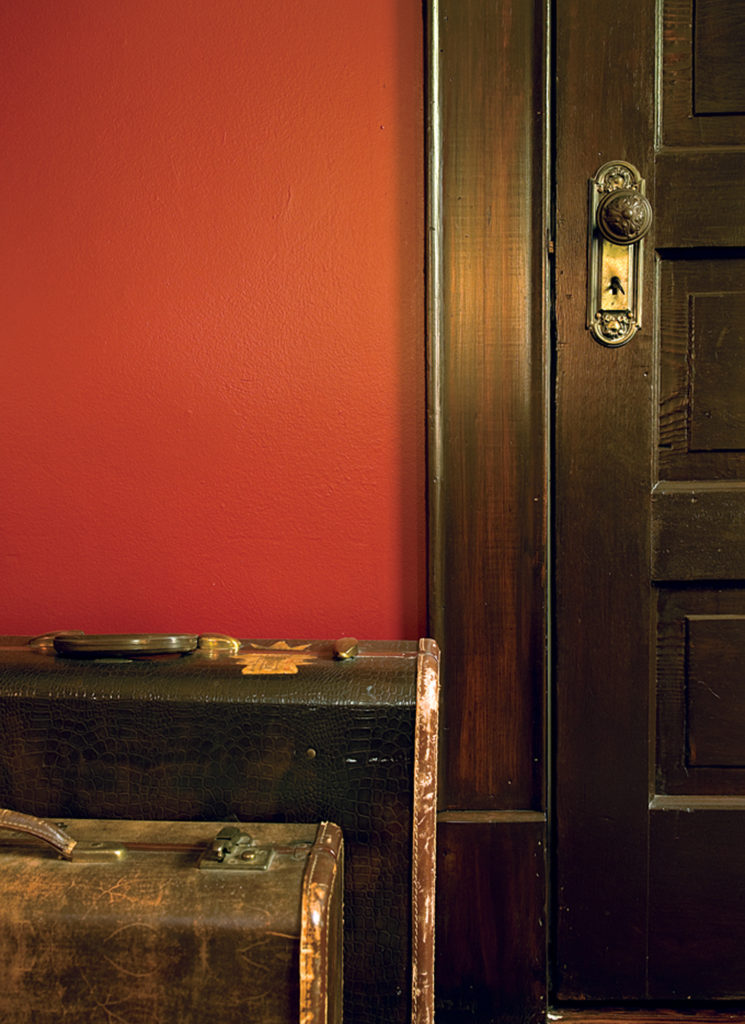 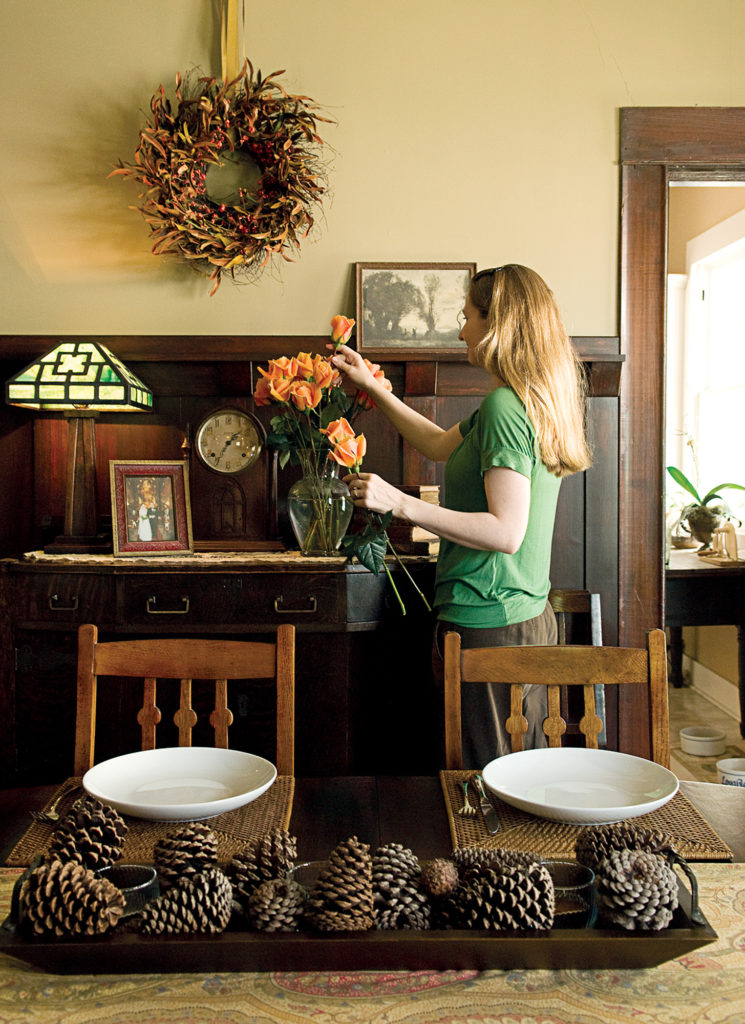 In the beginning, Alex and Kathleen weren’t actively looking for an old house. “Cowtown” was the fastest-growing large city in the country between 2000 and 2006, so many of its homes are in new subdivisions. But Alex preferred old houses, having spent his early childhood in a 1920s English Tudor in Fort Worth’s historic Ryan Place neighborhood. And Kathleen, whose father was an Army officer, grew up in many houses all over the world. However, her favorites—from Suffolk, England, to San Antonio, Texas—were the old ones.

“We had looked at a lot in Fairmount,” says Kathleen, who works in systems support at Burlington Northern Santa Fe in downtown Fort Worth. Developed for the most part between 1890 and 1938, Fairmount was a thriving, middle-class neighborhood for decades before a post-war middle-class flight to the suburbs left it behind. By the time Alex and Kathleen were born in the 1970s, Fairmount’s historic homes were woefully neglected and its crime rate was sky-high. But by the 1980s, a resurgence was underway. Today the neighborhood is a trove of historic houses in need of restoration—a price many newcomers are willing to pay in exchange for affordability at close range to downtown.

The majority of Fairmount’s houses are single-story bungalows, a design configuration that can create challenges for the 21st-century family. “What’s a big ‘gotcha’ in Fairmount,” says Kathleen, “is the attic conversions.” Over the years, many homeowners finished out bungalow attics to add more living space on a second floor, but most didn’t achieve suitable height for walking around. In this house, however, the former residents had managed to incorporate plenty of headroom in an upstairs master bedroom. And as if in anticipation of Alex and Kathleen’s needs, on a door to then unfinished attic space upstairs, the sellers had hung a sign that read, “home of the future master bath.” (Today, Alex wistfully calls that “a twenty-thousand-dollar sign.”)

Sealing the deal for Kathleen was the fact that this house’s original woodwork was not only intact, but also unpainted. “In so many houses,” she says, “the previous owners have painted everything white. So when we walked in and saw that the beautiful bookcases, the colonnade, the trim, and all of the box beams were untouched, we thought to ourselves, ‘Wow. We’ve found something special.’ “

That’s not to say the house didn’t harbor plenty of opportunities for restoration, though. In the seven years they’ve lived there, Alex and Kathleen have ripped up carpeting and layers of linoleum in the downstairs bedrooms, retrofitted a hallway, and gotten the original pocket doors and windows sliding again. Additionally, they worked with professionals to build that upstairs bathroom in period style and convert another small room off the upstairs master bedroom into a nursery.

But the initial room Alex and Kathleen tackled after moving in was the dining room. The Victorian-style, tea-stained rose wallpaper that they describe as “hideous” and “Laura-Ashley-on-LSD” was so distasteful, it had to go first. They planned to strip the wallpaper and paint. It would take “you know, a day or two,” says Alex. But the wallpaper clung to paneling, itself likely hung in the 1970s and eventually painted red. Then, presumably to make the wallpaper lay smoothly, white caulking had been piped into the grooves between the panels. “So then it was red-and-white candy stripes,” says Kathleen. They quickly reassessed their plans for the room, ultimately deciding to cover the paneling instead of removing it.

Having loved a magazine photo of a dining room with wainscoting abutting a plate rail, Kathleen wanted to get that look in her own home. They found a carpenter up to the task of building the wainscoting, then called on their next-door neighbor, a tile-smith by trade, for a lesson in hanging drywall. “We had to pay someone else to float and tape because we were disastrous at that,” says Kathleen, but she stands by their drywalling skills, citing a technique of cutting a single piece to fit each of a door frame’s top corners to avoid cracking—something the professionals later neglected to do in the living room, where cracks have begun to appear.

Very soon after moving in, the Selenys found a period fireplace insert at a neighborhood shop that caters to old-home restoration. “Historically, it had a coal-burning fireplace,” says Kathleen, “so it’s very, very shallow, which makes it tough to figure out how to update it.” Its brick facade had been painted many times, and it was surrounded with “sort of ’80s kitchen tile” when the Selenys inherited it. At some point, a gas line had been run to it, then disconnected.

When they finally addressed the fireplace in 2006, they wanted an Arts &amp; Crafts look. Batchelder tile came to mind, but its price tag was prohibitive. A California tile potter named Laird Plumleigh gave them a workable alternative. They fell in love with one of his tile motifs, a mural of trees in an earth-toned landscape that includes a light-mustard tone the color of the room’s walls and, the Selenys believe, the house’s original exterior color. They filled out the rest of the design with handmade Epro ceramic tile in complementary colors.

“We had it laid out on the floor like a jigsaw puzzle,” says Kathleen. “We’d bring friends over and ask them, ‘Do you like this?’ ‘Do you like that?’ ” After settling on a layout, they hired the tile-smith next door to install it, as well as the insert, which they’d had restored by a specialist who worked out of a hardware store a couple of miles away.

The next restoration project for the Selenys is “the very unsexy foundation work,” as Kathleen describes it. Although their pier-and-beam foundation has held up much better over the years than the concrete slabs Alex’s coworkers discussed watering that day, the old-fashioned system needs occasional attention, too. “I’ll do shimming and such, just as things shift,” says Alex. “But we’re at a point now where some of our piers have to be taken out and re-poured,” which is a job he’s happy to call in the professionals to complete. They plan to spray insulation into the foundation while they’re down there, also, to add structural support in addition to helping manage energy bills.

Alex and Kathleen aren’t sure exactly what they’ll do after that, but restoring the wainscoting and the ceiling, which was dropped by a previous owner, in the downstairs bathroom and the butler’s pantry off the kitchen are both contenders. Smaller jobs fill out a to-do list, too: The Chambers stove in the kitchen, an auction find by previous owners, needs to be re-chromed. And soon they’ll have collected enough five-panel doors to justify a trip to the stripper before they stain them to match originals and replace contemporary ones erroneously installed upstairs. They’ll limit their restoration work, though, to make sure they don’t spend more than they can realistically hope to recoup, should they decide to sell. For though their love of this old house runs deep, eventually they hope to give Noah a sibling. That will mean moving him out of the nursery and into a downstairs bedroom—an idea his mother doesn’t embrace. “I feel very uncomfortable with the thought of him downstairs and us upstairs,” she says. “That puts chills down my spine.” So a house with all the bedrooms on the same floor could woo her away from this one.

No matter where life takes them next, the Selenys know they want to live in an old home. “A lot of what this house symbolizes for us as far as a lifestyle is that we’re traditionalists,” says Kathleen. “We sit down to meals. Nobody misses dinner. It hearkens back to the traditional American family, which is hard to come by these days.”

Alex was gentle with his new coworkers who wondered why he’d ever want to live in an old house. But in his own mind, he has no doubts about why he and Kathleen made that choice. “My answer’s simple,” he says. “Because it’s better.”

Elements of the Farmhouse Kitchen

Tale of a Charleston Single House