We’re longtime readers of Old-House Journal; thanks for years of fun reading, tips, and pictures! In the past two years we restored an 1890 farmhouse in central Indiana. We’ve always lived in old houses, but this is the first one that was officially listed as “unfit for human habitation.”

We restored the house inside and out (with such modern improvements as indoor plumbing and heat). We fixed up the barn for use as a garage, and converted a dilapidated corncrib to a chicken coop. The acreage has been fenced for pasture and planted with native Indiana trees. Gene is an architect, a bonus as we planned the project.

Minor floor-plan changes became essential. The original stair was disastrously non-conforming—too steep for safe use. The new stair, built with compliant rise and run dimensions, extends into the family room, providing architectural interest. Most of the wall separating kitchen and dining room was removed to create a big eat-in kitchen.

We increased the opening between the living room and the family room, and added a second window in the family room, which also improved its relationship to the front porch. A half-bath was added upstairs, over the original downstairs bath, reducing the width of a guest room by about two feet. 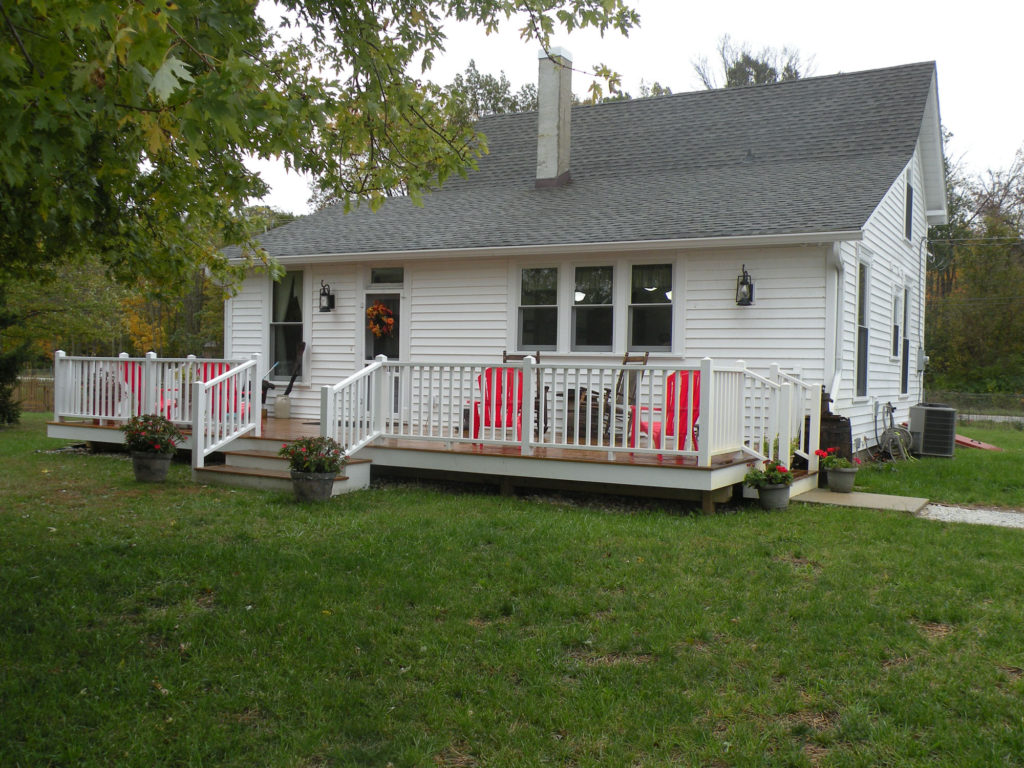 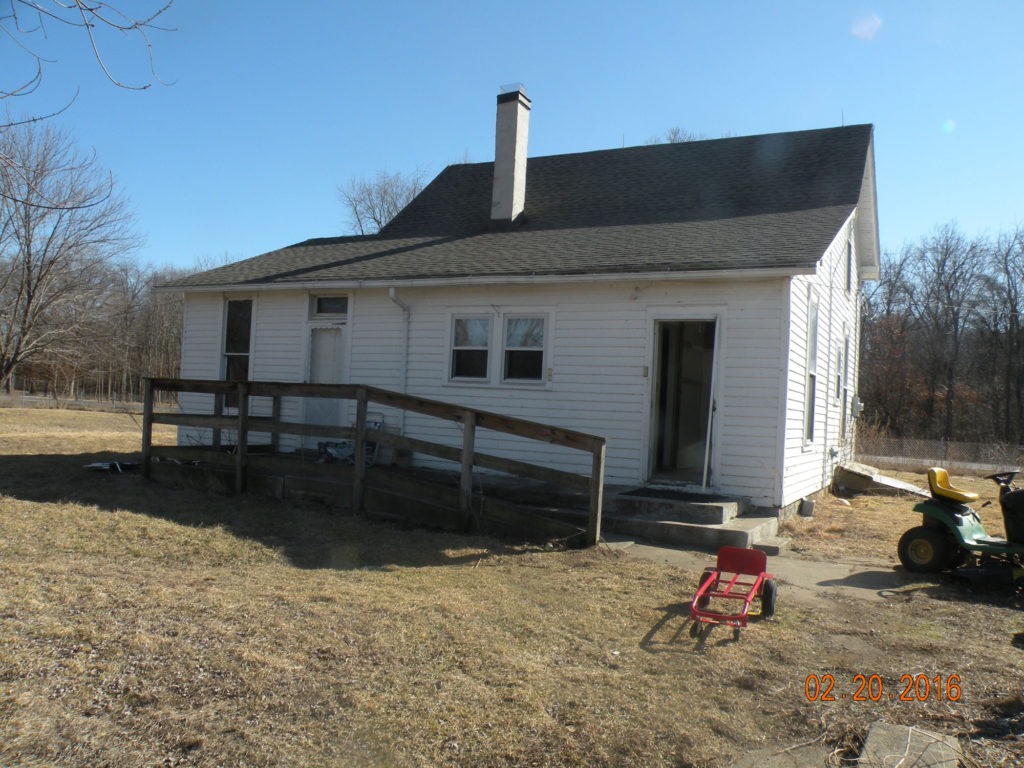 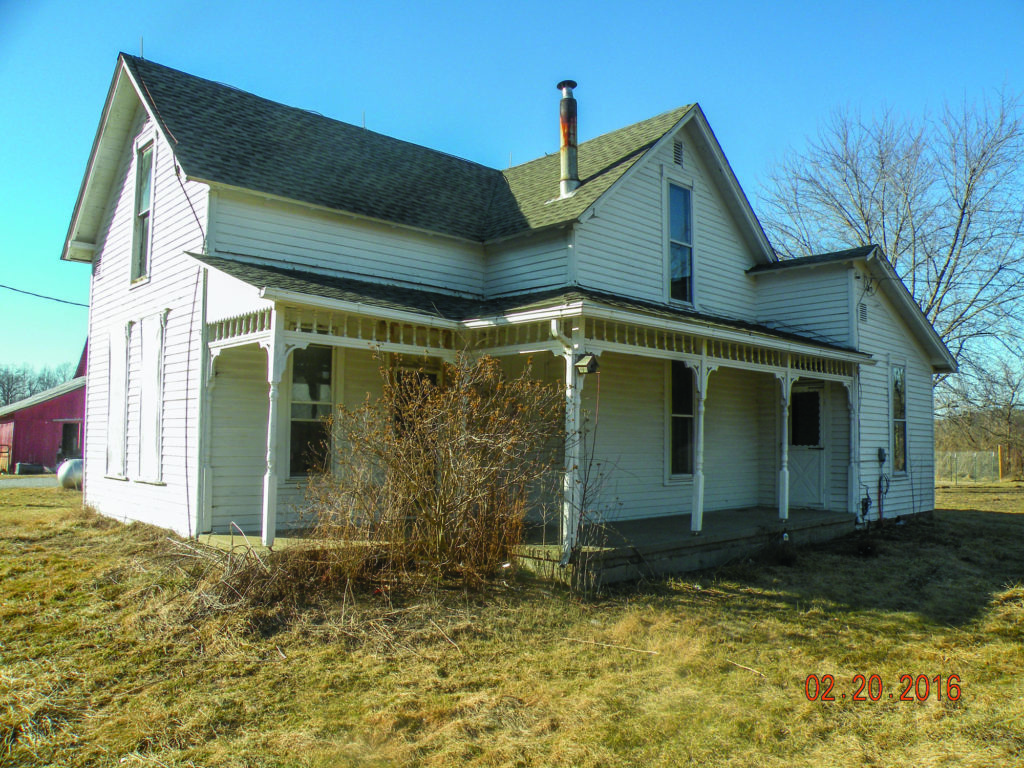 A few “tricks” are worth mentioning. We use an old mini-Hoosier (kitchen cabinet) as a computer desk. We bought a retrofit kit from Lehman Brothers to convert gas lamps to electric. The reproduction-style, yet modern, Elmira stove contributes to the old farmhouse appearance of the kitchen. Knee walls under the roof slope upstairs were outfitted with built-in drawers, freeing up floor space that would have been eaten up by regular dressers.

It has been quite an adventure . . . which included us living for two winter months in the cabin with almost no heat. But we are quite proud of the end result, a wonderful place for our extended family.

A MORE FITTING KITCHEN
1. The Indiana owners relocated the bathroom access and created a niche for a refrigerator clad to look like an icebox. The laundry room is now a pantry with washer and dryer.

2. With a wall opened up, the kitchen is larger and more functional. The range that looks like a woodstove is actually a modern reproduction.

3. The dining end of the kitchen is beyond the wall that was removed.