There are few downsides to conserving open land so that people today can enjoy it as their ancestors did generations ago. On the other hand, carrying out a 21st-century lifestyle within the outdated confines of an antique house is fraught with challenges. Such was the situation in which Boston-based architect John Upton found himself as he embarked on a renovation project at historic Fox Hill Farm in Jamestown, Rhode Island.

“The house was lovely; earlier renovations were modest, which was fine because beautiful items were intact, but even maintenance was extremely basic, and the oldest part of the structure was in very bad condition, as were building systems,” says Upton of the 1740s farmhouse once inhabited by relatives of Benedict Arnold. It is the hub of a 70-acre waterfront property still grazed at times by sheep and cattle, and with working fields supporting various rotating crops. A gambrel-roofed addition dates from around 1810, and a second addition completed in the 1940s serves largely as a library. 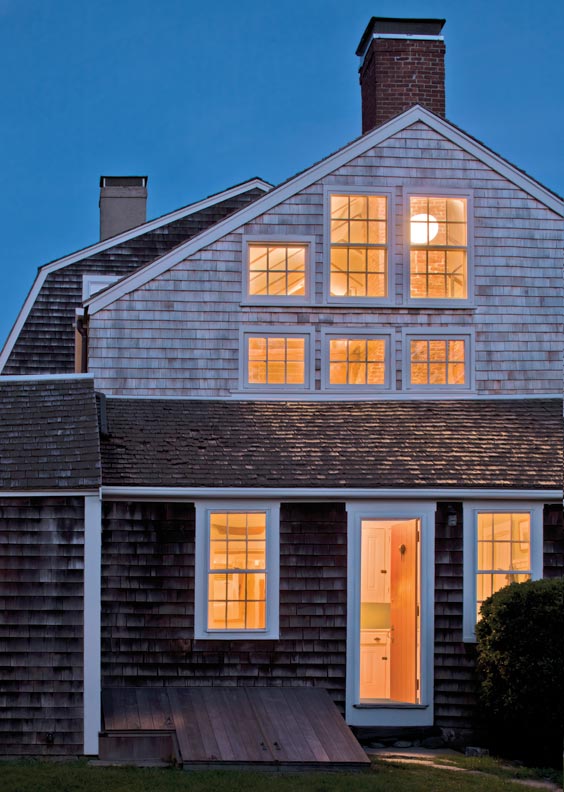 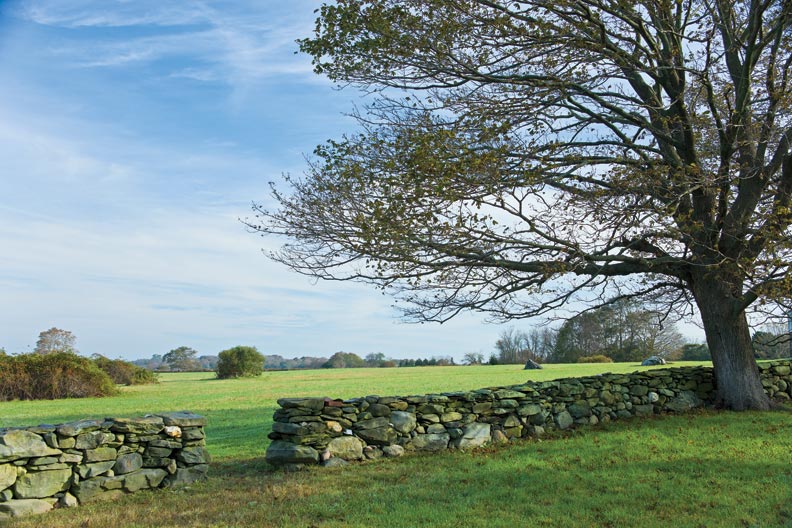 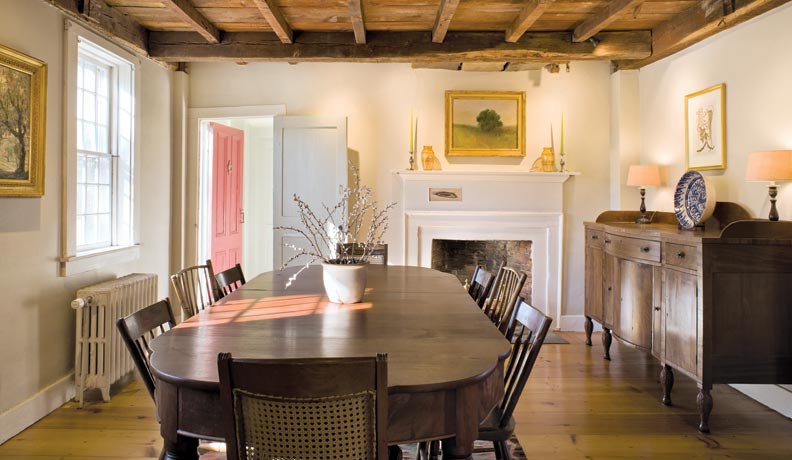 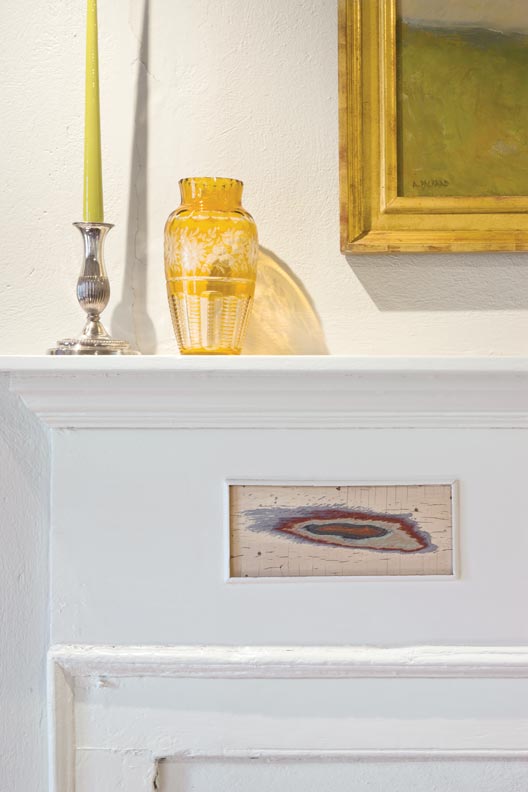 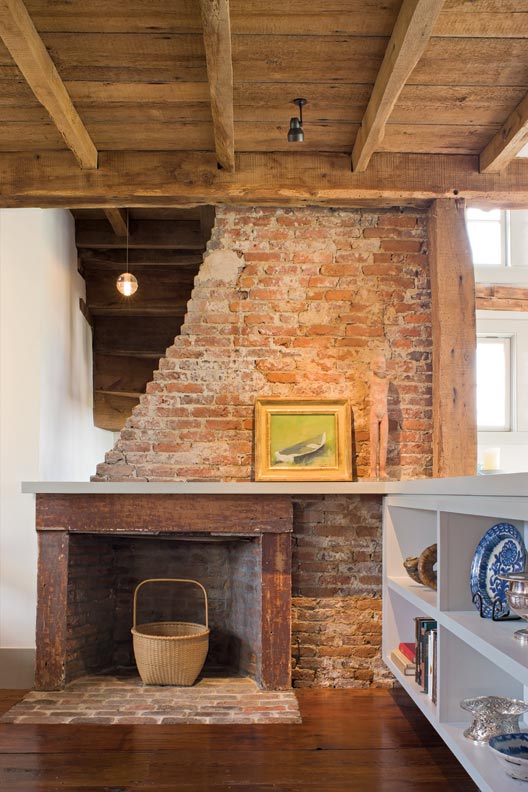 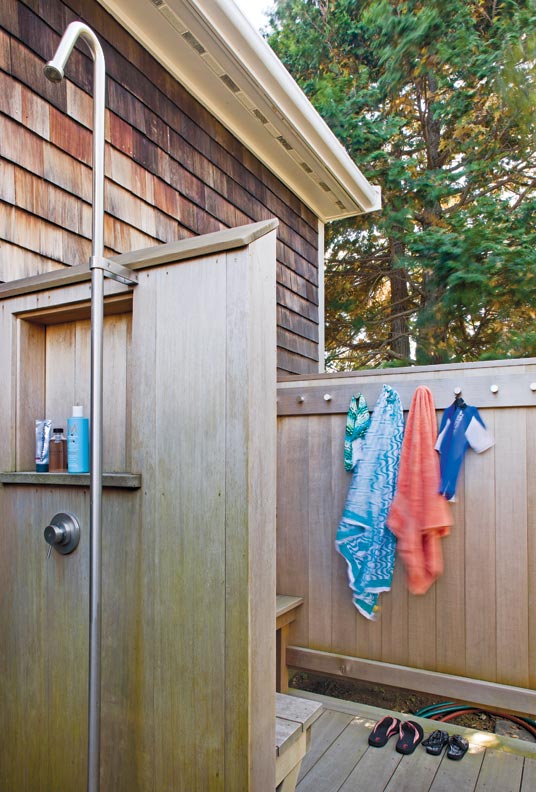 Upton undertook the adaptation of the colonial-era house to better meet the contemporary needs—both practical requirements and aesthetic preferences—of a couple who envisioned an airy retreat for themselves within the rambling house. It would include sleeping, study, and dressing areas, as well as storage space for clothing.

The first phase of the project addressed creating a loft-like master bedroom suite, along with upgrading structural, heating, plumbing, electrical, and lighting infrastructure. “Time and neglect had allowed portions of the floor structure to become dangerously taxed and trampoline-like,” observes Upton, noting just one of the hurdles he faced.

But the success of this renovation depended on more than just making the house safe and more livable for its occupants. In his work, Upton stresses the importance of “first understanding the special qualities of a place.” Jamestown, which encompasses 6,000-acre Conanicut Island, connected by one bridge to the mainland and one bridge to Newport, is a tight-knit community committed to preserving its quiet, rural, and historic characteristics. Fox Hill Farm was owned by the same family from the 1930s to the early 2000s, initially as a summer home, then year-round. While the farm’s new owners wanted to explore more modern design ideas, their main goals focused on the stewardship, restoration and conservation of the unique property.

For Upton, Fox Hill was an opportunity to apply his professional commitment “to fully explore how building design can enhance the surrounding environment and context.” By investments made in the infrastructure, as well as an adaptive reuse of interior spaces to suit contemporary family living requirements, the house is enhanced for another century of meaningful use as the owners look to actively protect and maintain this as a 21st-century example of agrarian open space along coastal New England, where such farms have rapidly disappeared.

The master suite was originally three small, connected rooms on the second floor and attic that, says Upton, “had a very dark, low feeling,” typical of mid-18th-century houses. Once the plaster walls were removed, revealing the ancient post-and-beam structure, it was clear that the bones of the house would align nicely with Upton’s aesthetic. “The whole thing is done to expose and highlight the textural and sculptural qualities of the original,” says Upton, citing, for example, two of the antique features that remained intact during renovation: the rugged chestnut post-and-beam structure and the enormous chimney in the master suite that has two fireplaces on the second floor and an intact beehive oven in the kitchen fireplace below.

Against the rusticity of such artifacts-turned-design-elements, the sleek, new interior details—a floating bookcase headboard for the bed, steel rail for the loft, and built-in mahogany vanity in the bathroom—provide the home’s defining look: the contrast of contemporary against the ancient fabric of posts, beams, doors, and floors.

Not only were the wide-plank pine floors refinished, and doors and all mantelpieces stripped so that the age of the wood shines through, but pragmatic technical upgrades also were made to the structure of the floor: introducing electrical for low-voltage lighting on the first floor, and sound insulation and radiant heating under the second-floor finish boards. All boards were numbered, removed, and gently cleaned, then restored and replaced once the retrofitting of the floor cavity space was complete.

While Upton admits a fondness for “delving down into the minute details” of a project, Fox Hill’s renovation was as much about the siting and landscape as it was about structural repairs and enhancement.

“The views across open meadows overlooking Narragansett Bay to the north were a major consideration,” says the architect, explaining that by opening up the space so that a portion of the suite is two stories high, he was able to add four dramatically overscaled windows to the north elevation. A new, tall bank of windows to the west also provides much needed sunlight as well as summer breezes.

The new master bath was created in a small room of the adjacent 1810s addition. To create the impression of more space, Upton designed the mahogany vanity, built by a local craftsman, to hover off the wall above a new French limestone floor (also with radiant heating). Similarly, the mirror above the sink appears to float off the glass backsplash. Despite the space limitations of this room, it accommodates an overscaled soaking tub, tucked under attic stairs, and a rain-head shower stall. The clean, modern detailing of the new pieces and fixtures again contrasts with the beautiful texture of the antique ceiling joists and brick chimney.

Phase two of the Fox Hill Farm renovation will see the expansion of the first-floor kitchen out to the north. For now, the house, with its new master suite and infrastructure upgrades, represents the broader interests of the people of Jamestown: to upgrade historic sites, creatively reuse older structures, and effectively manage the open space and natural resources they are so fortunate to have.