Most Americans entertain retirement dreams that are suffused with leisurely pursuits like tending a rose garden, driving the country in a Winnebago, or fly fishing in Montana. Betsy and Mitchell Russ’s aspirations were much more ambitious: Their dream involved owning a vineyard and a new old house from which to run it. “Farming is not retirement,” Betsy jokes.

The idea of owning a vineyard was years in the making for Mitchell, a retired physician, and Betsy, a former nurse. Starting about 15 years ago, the Indianapolis, Indiana, couple envisioned themselves cultivating the soil and getting their hands dirty. “I wanted to get into the wine industry in a very small way,” Mitchell says. “We didn’t want to do a winery or anything; we just thought we could grow grapes.” But the house was a much newer development, one that would require some research and due diligence. So after considering wine regions in California, Oregon, and New York State’s Hudson River Valley, the couple settled on property in Virginia and began interviewing architects to execute their wishes.

“We looked at a number of different architects and interviewed several, but we liked Barnes Vanze’s approach,” says Mitchell. “We wanted an open-floor-plan-style home, but we wanted it to fit in with the Virginia landscape, so we settled on the idea of a contemporary farmhouse.” 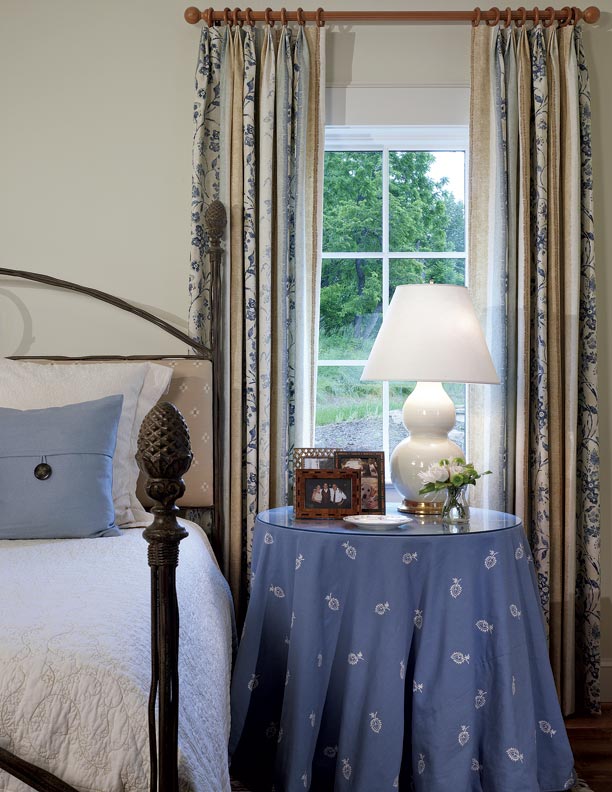 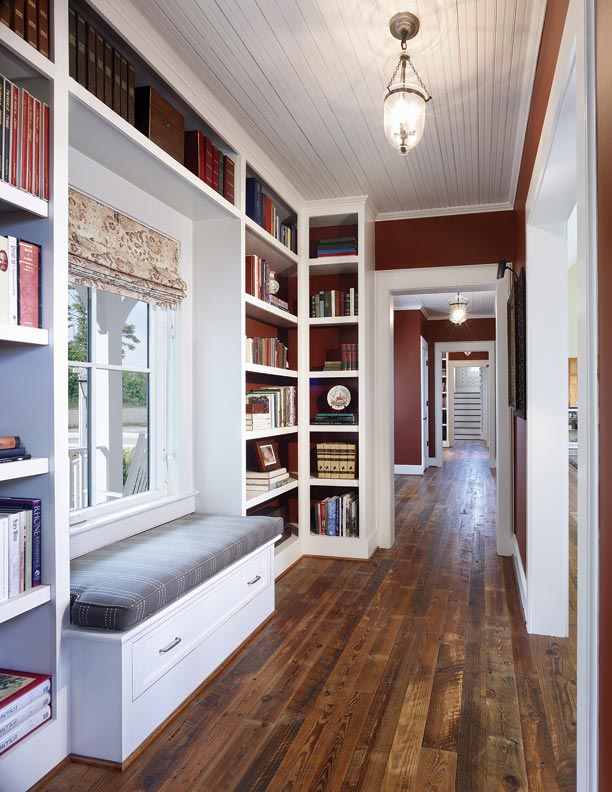 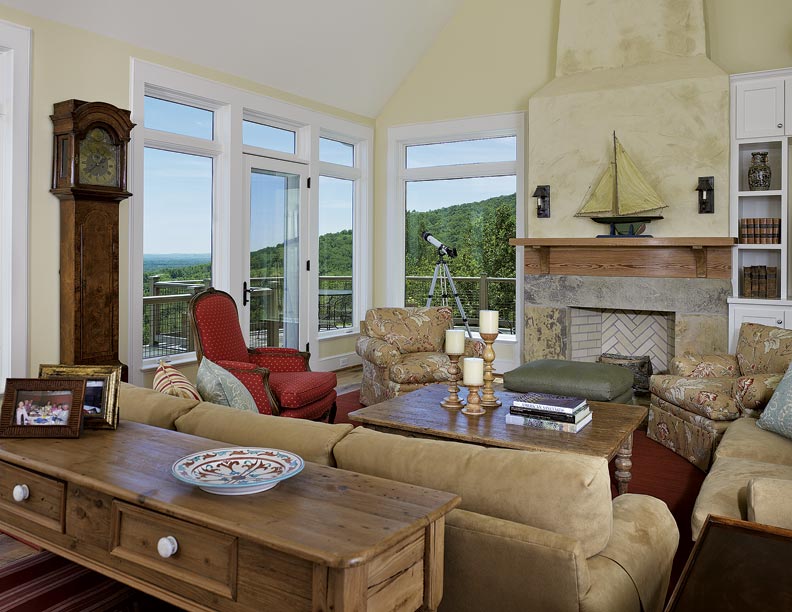 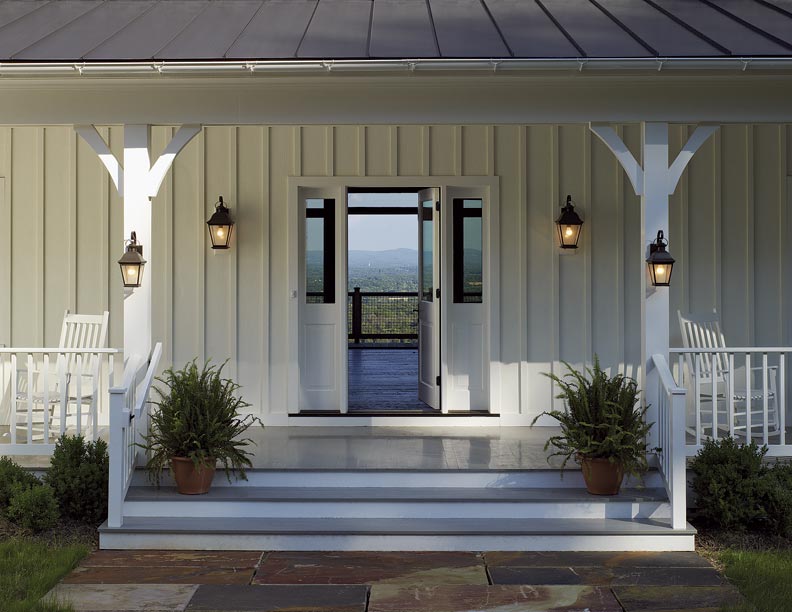 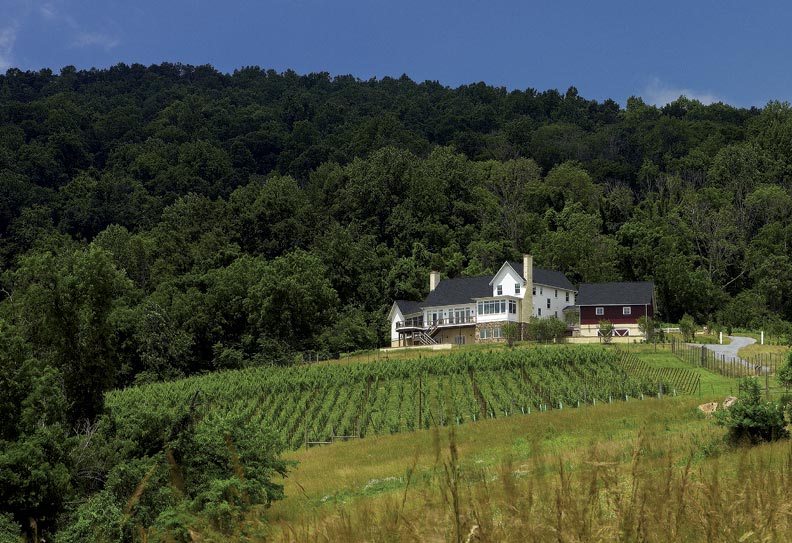 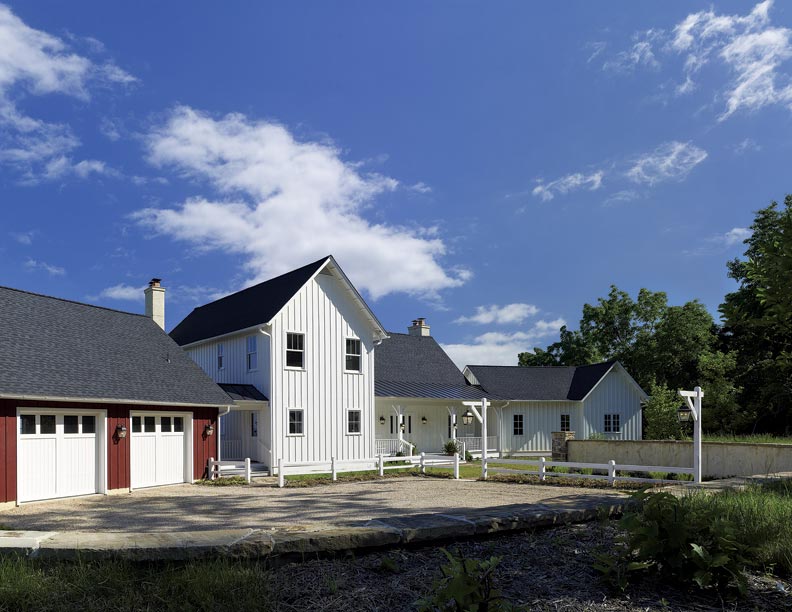 The farmhouse option was appropriate. It’s one of the few architectural styles that not only announces its current (or past) use in the name but signifies its design style and attitude. Details vary from region to region, but in general farmhouses are simple, straightforward structures that are relatively open and informal. The houses also seem to have been cobbled together over time, says Steven Vanze, a principal at Washington, D.C.-based Barnes Vanze Architects.

“I think the appealing thing about old farmhouses is that they have been put together in haphazard ways,” Vanze says. “There isn’t this consistent design attitude to the different adaptations, so when you’re thinking that you want to do something and have it feel like it’s an old farmhouse, you have to kind of let your design control go a little bit.” This is the approach the firm took in creating the home for its clients.

Located on 25 acres in Bluemont, Virginia, with commanding, long-range views of the Loudoun Valley and the Bull Run Mountains, the Ridgeside Vineyard Farmhouse takes advantage of its site, but the architect tucked the home into the hill (instead of squarely on the crest) for easy entry and to maximize the vistas. “We wanted to come up to the house and approach it from the high side so that when you came inside you saw those long-range views,” Vanze explains.

He conceived the 7,985-square-foot home (including the unfinished basement, garage, and barn) as three separate buildings—a main house, a master bedroom wing, and a bank barn wing—resting on a stone base. The main house (including the public spaces and secondary bedrooms) anchors the floor plan, while the two wings flank each side of the home like a triptych painting. “The master bedroom suite is connected to the house by a breezeway that’s been glazed in, and the barn is connected by an open breezeway,” Vanze says.

In typical farmhouse fashion, the main house consists of a large open room with cathedral ceilings and a laid-back design that accommodates the couple’s casual lifestyle. Adjacent to the great room is a farm-style kitchen with large windows and doors that open the space to the deck, providing the best views of the vineyard and valley beyond. Interior details maintain the simplicity and style of an old farmhouse, too, with ripped tobacco wood floors, a beadboard ceiling, flat-stock casing, and white-painted built-ins. “The house is not formal at all,” Vanze says. “It fits into a casual lifestyle extremely well.”

Because a driving force of the design was to create a home that felt like a farming compound to which structures had been added over time, the firm created distinct volumes with a white and red “modified” board-and-batten siding and with standing-seam metal and asphalt roof shingles. They also used windows to express the dissimilarities. “It’s kind of schizophrenic,” Vanze says. “The main block of the house features three-over-one windows on the side second floor. Then we wanted to do something different on the master bedroom wing, which is why we have the six-light casement windows to make it feel like it was done at a slightly different time. But the back of the house is all just single-light windows because the clients really didn’t want to interfere with their views at all.”

Today, Betsy and Mitchell aren’t really making wine, but they’re living the dream by growing grapes and selling to winemakers. And they finally have the house they’ve always wanted. “The house we lived in for 20-something years in Indiana was a two-story red brick colonial with pillars in front, and it was very formal,” Betsy says. But this new house is a perfect fit to the couple’s new lifestyle. “For a number of years, we had a condominium on the west coast of Florida, which was an open-floor style and very informal. That’s sort of the model we were looking for here, only with a country and farmhouse flair to it.” Thanks to their architect, they got it.

Nigel F. Maynard is a freelance writer and senior editor of Residential Architect.