They’d purchased not only a house and a farm, but also an important piece of Vermont history—though that wasn’t why Andrea Forrest Brock and her husband, Randy, bought Rockledge Farm in 1986. “Randy was commuting [from Vermont] to Boston then, and we frequently got snowed in,” Andrea says. “We had to move to a road that was regularly plowed—and we wanted an old house. Of course, in Vermont we don’t have that many new houses!”

The centerpiece of the farm is the 1799 Jennison house. Perched on a low knoll in the Green Mountains town of Swanton, the east-facing house was originally a two story, five-by-four bay Federal wood-frame dwelling with a one-story kitchen ell. Between 1918 and 1922, Clark Saxe Jennison transformed the farmhouse into the Colonial Revival manor it is today. The clapboarded main block has symmetrical wings that date to his renovation. A partially enclosed, shed-roof porch at the rear spans the width of the main block and north wing. 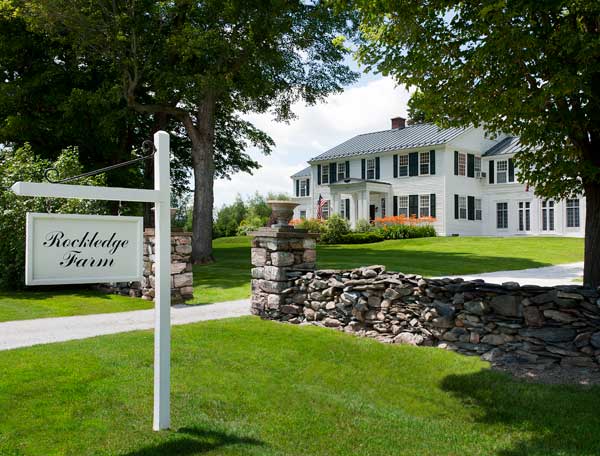 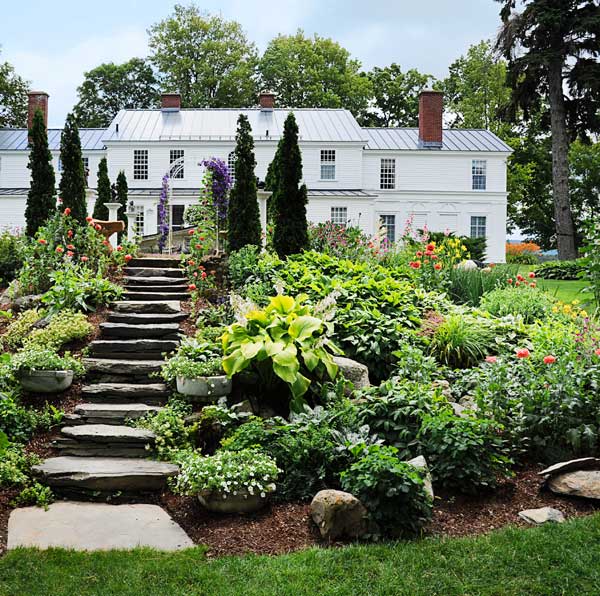 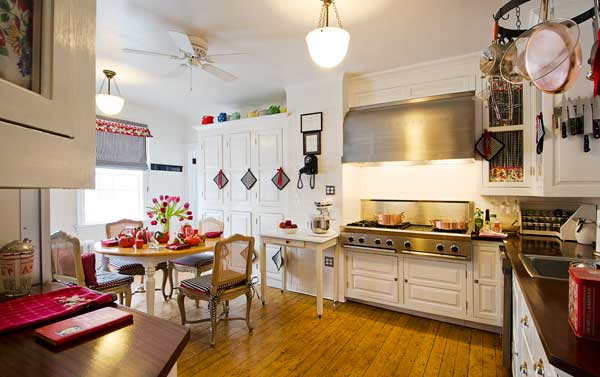 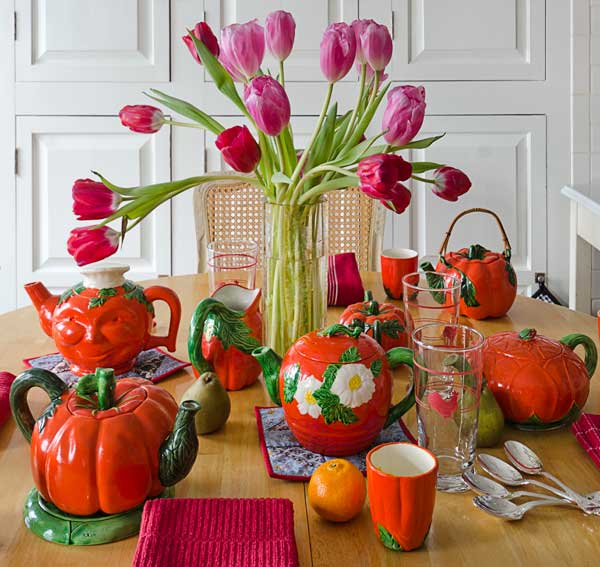 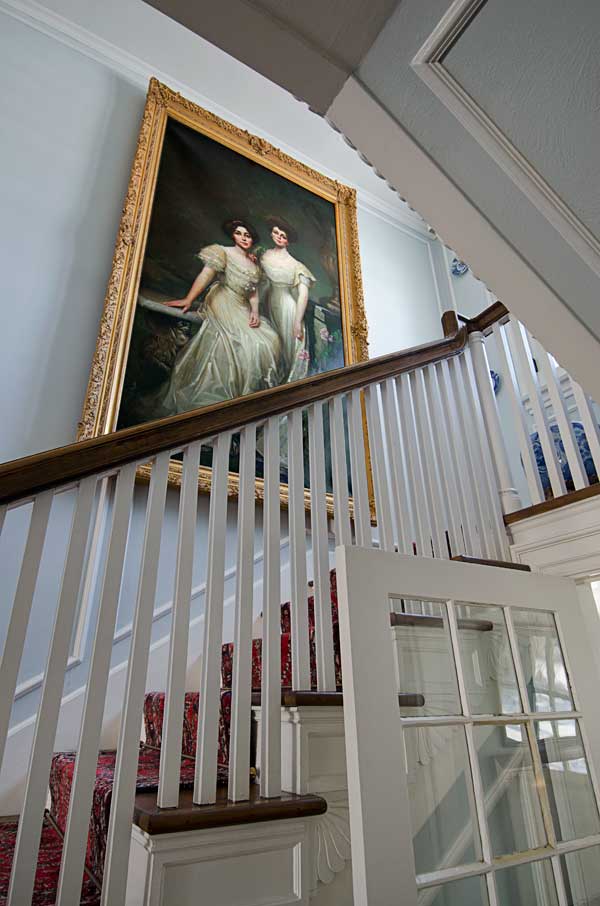 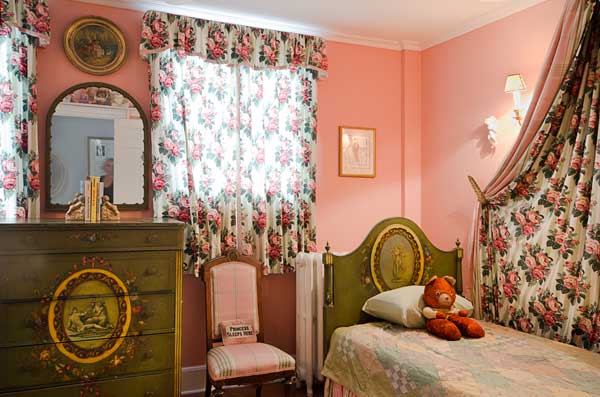 “We are only the fourth owners,” Andrea explains. (Andrea Brock is a retired entrepreneur who invented what she calls a “sleeping bag for plants.” Randy Brock ran for governor of Vermont in 2012.) “This was a post-Revolutionary War land grant. The Jennisons were gentlemen farmers who lived here until 1974. The house fell on hard times after that—“when we moved in, ceilings were falling down, and interior walls had been covered with asbestos tile.”

Andrea laughs as she recalls some of the quirkier renovations. “During the 1970s, someone painted all the sinks! In the end, it actually helped—the paint prevented the old porcelain from getting scratched by harsh cleaning products.”

For the most part, however, the house’s early 20th-century elements were intact. “We didn’t have to do anything to the floors, and though cosmetically the baths were in rough shape, the plumbing installed around 1920 was still good,” Andrea reports. So were the bathroom fixtures and coved ceilings.

Nor did the Brocks need to buy a lot of furniture. “Many of the carpets and sofas were left here by the Jennison family. The bookcases came with the the books in them.”

Which is not to say that Andrea Brock brought nothing to he house. Acting as interior designer, she added a new bank of kitchen cabinets to match originals and took 12′ of the adjoining porch for the kitchen, creating a buffer against cold blasts. She also reupholstered old furniture, hung new drapery at the windows, and, to bring the summer sky indoors, painted the master bedroom ceiling cerulean blue. “Obviously, color is important to me!” Andrea says.

An inveterate collector, Brock haunts antiques shops and fairs, looking for teapots, paintings, and art, especially Asian ceramics. Her Canton china graces the living-room mantel, Majolica the bedroom mantel, and paintings hang in every room. One of her favorite sources is the mother of all antiques shows, Brimfield [Mass.], a pilgrimage she makes annually.