Staunch, rectilinear, plain in the way of early New England buildings, the white-painted house feels elemental in the beautiful historic New England landscape. In its entirety, the village of Head Tide, Maine, is listed in the National Register. Contributing to the honor is this two-storey, hipped-roof manor with twin chimneys, 12-over-12 windows, and pilasters at the vernacular Greek Revival entry.

Walk through the front door, however, and you may be in for a surprise: These old rooms framed by posts and beams, with raised paneling and pumpkin-pine floors, are furnished in chrome, glass, and leather that evoke Marcel Breuer and Le Corbusier, icons of a different age. Tubular steel chairs and stripped-down tables lightly occupy the space with modest grace. It’s an unexpectedly successful marriage of periods—and entirely intentional.

“The house and the furniture share the same kind of spare sensibility,” says Boston architect Brett Donham, who bought the house with his wife, Priscilla, in 1999. “The house was built in 1790 by David Plummer, perhaps as a center-chimney Cape. His descendants still have family in these parts,” Donham explains. “In 1805, Josiah Stebbins, a judge who settled land disputes, added to it and it became a square house in the Federal style.”

Donham points out that beams on the 1790 dining-room side of the house have the adze marks of hand hewing, while beams framing the 1805 side show that a sawmill was operating by then.

“The village is located where the Sheepscot River changes from fresh to salt water,” Donham says. “In the 18th century, it was known as ‘Head of the Tide’, the perfect place for a dam.” Donham reports that the town today has eight houses, plus a church, a former schoolhouse, two barn or warehouse structures, and a general store with a dance hall above.

When Brett and Priscilla bought the house, it was in poor condition. “The sills were rotted, both chimneys were in danger of collapse, the roof leaked, the basement flooded after each rainstorm”; Donham’s list goes on. For years, the house had been a decaying eyesore in the picturesque village. The couple began by restoring structural elements and installing new systems.

“A house this old has been added to and altered many times, thus an authentic restoration would have been a matter of great speculation,” says Donham. “There wasn’t enough of the original fabric left on the inside to be totally confident what was original and what wasn’t. We rebuilt it in the spirit of the old.” For new panels, shelves, and cabinets, these owners used 100-year-old pine boards. They replaced non-original ceiling and wall surfaces with new plaster and paneling; installed a half bath on the first floor; and converted a large greenhouse addition on the back into a supplementary dining room big enough for their children and grandchildren to assemble.

But the first order of business, Donham says, was to climb up on the roof to remove the dish antenna. “Then I took off all the aluminum combination storm windows. We replaced them with interior storms. Once again, from outside, the old windows reflect light from each little pane of glass, so important for an old house.” He adds that the exterior was painted olive drab when they bought the house; they painted it white, in village tradition.

Donham’s downtown Boston architectural firm, Donham & Sweeney, has designed substantial buildings including churches, housing complexes, fire stations, and town halls. Donham says he has no one favorite architectural style; he likes anything that is done well, though he confesses leaning toward both early American architecture and Modernist design.

Re-issues and reproductions of iconic 20th-century Modern furniture were a natural choice, he says. “The house is almost a Shaker-like building in its restraint and symmetry. We wanted furnishings with a similar feel, but Shaker chairs are too uncomfortable. These classic, high Modern pieces of furniture have that same sort of sensibility.” 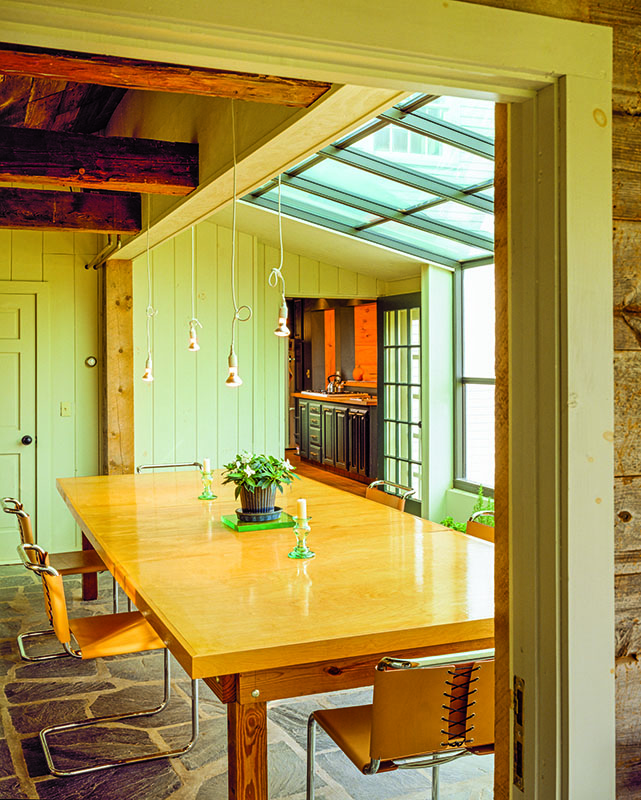 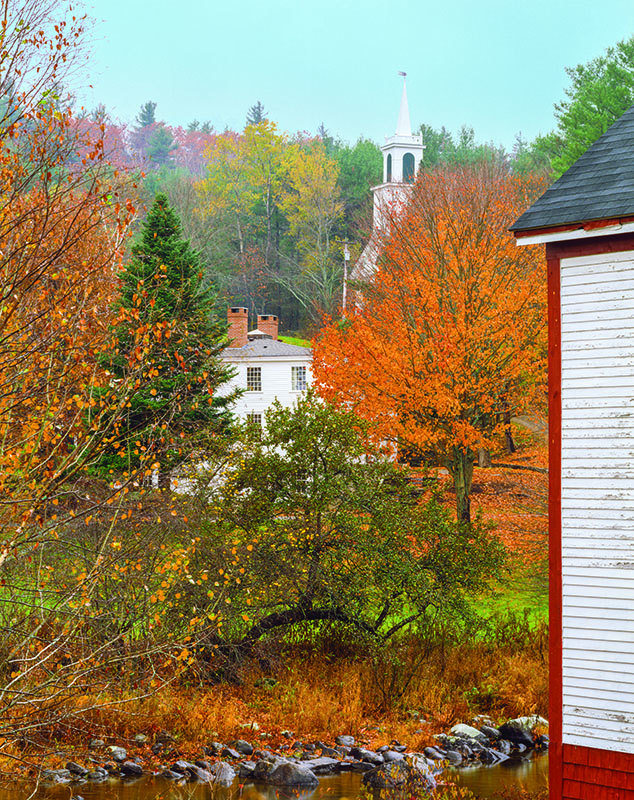 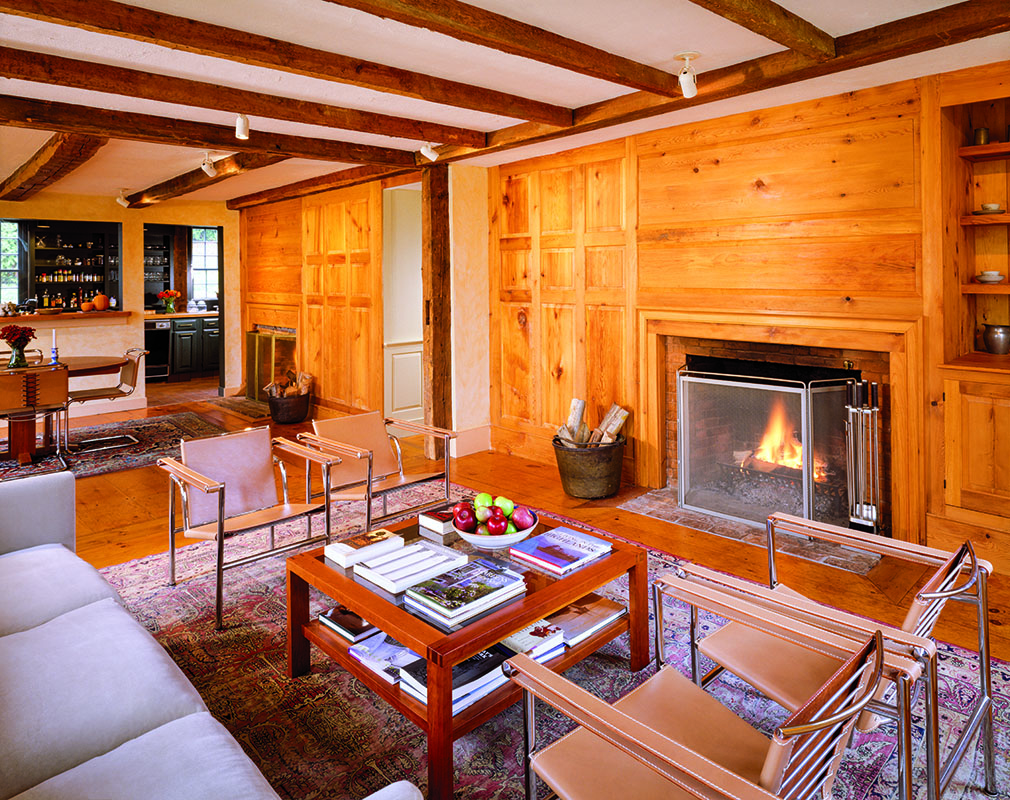