When Suellen and Hal Hudson were planning a home on Bayou Texar in Pensacola, Florida, their kernel of inspiration was Parlange, a historic French Colonial plantation in Louisiana. The circa 1750 structure, upriver from New Orleans, had captured them since their daughter, Emily, pointed out its image in a book.

The Hudsons’ excitement about imbuing their new home with the spirit of Parlange grew with time. Skilled in the construction business, Suellen and Hal realized they were comfortable acting as the general contractor. For the plans—the challenging task of melding the aura of Parlange with superior 21st-century design and modern structural detailing—they went to Don Cooper of Cooper Johnson Smith Architects and Town Planners in Tampa, Florida. 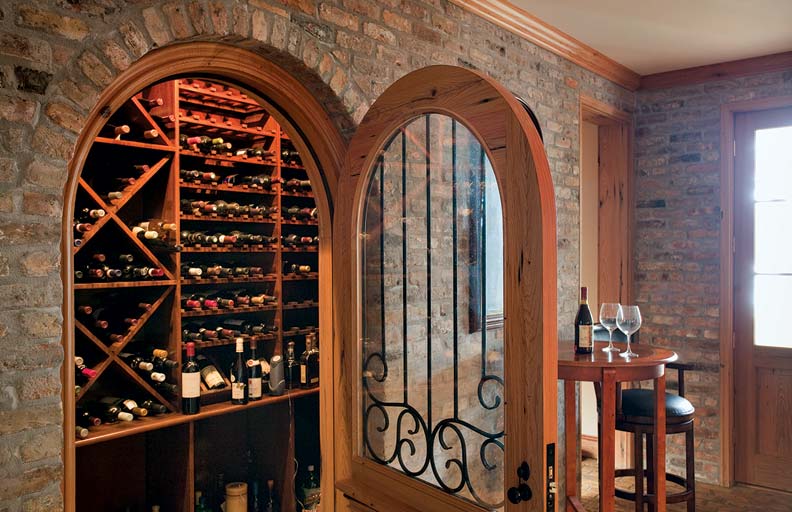 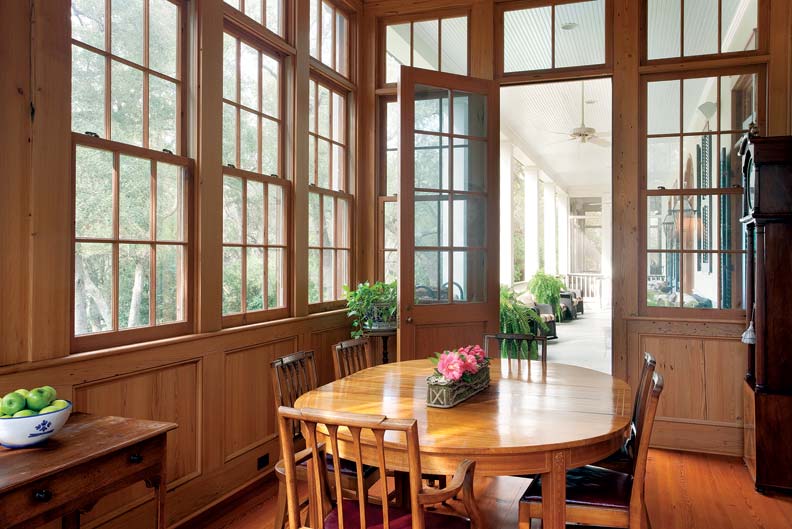 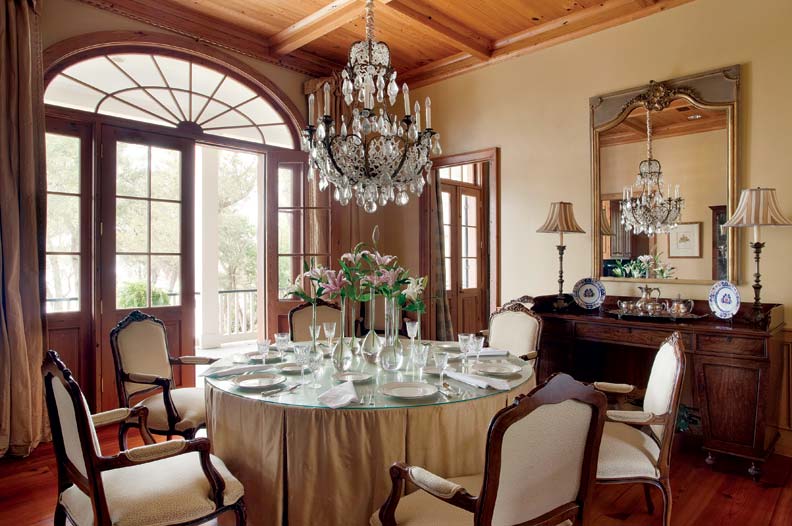 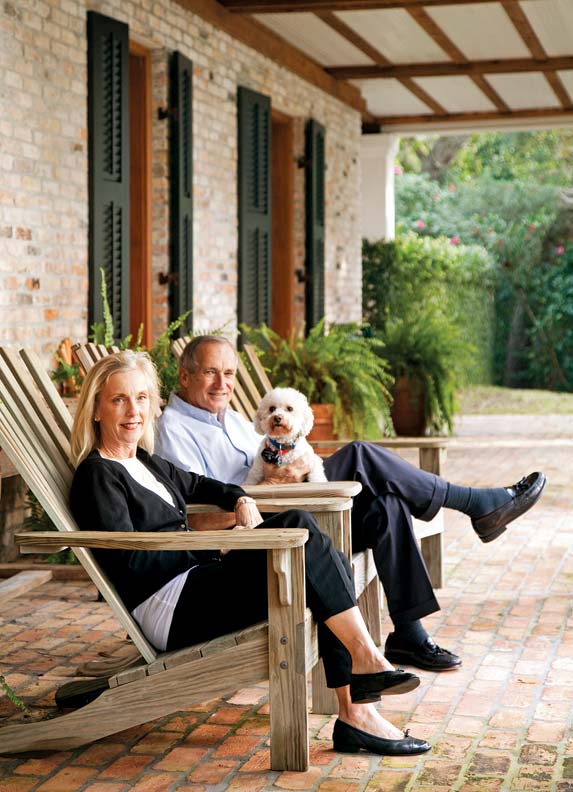 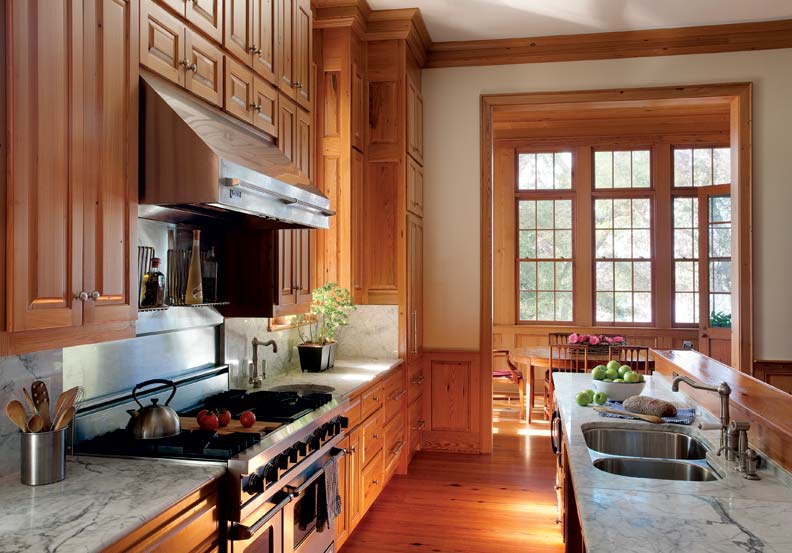 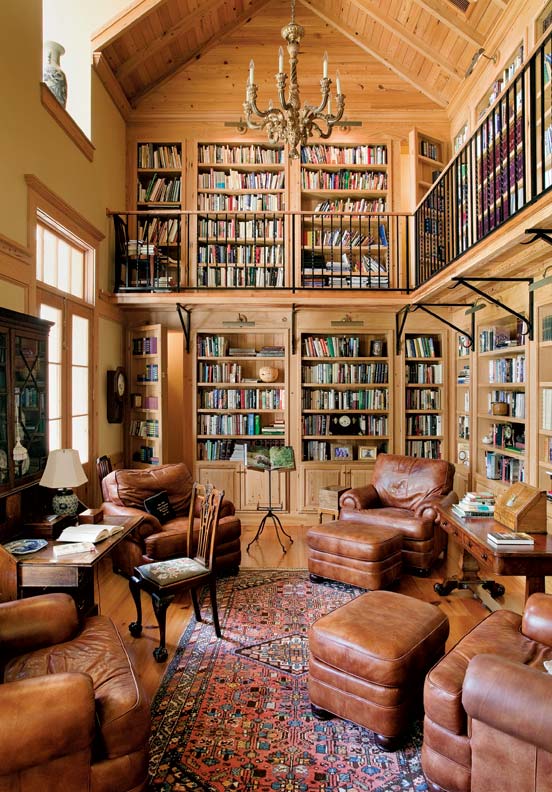 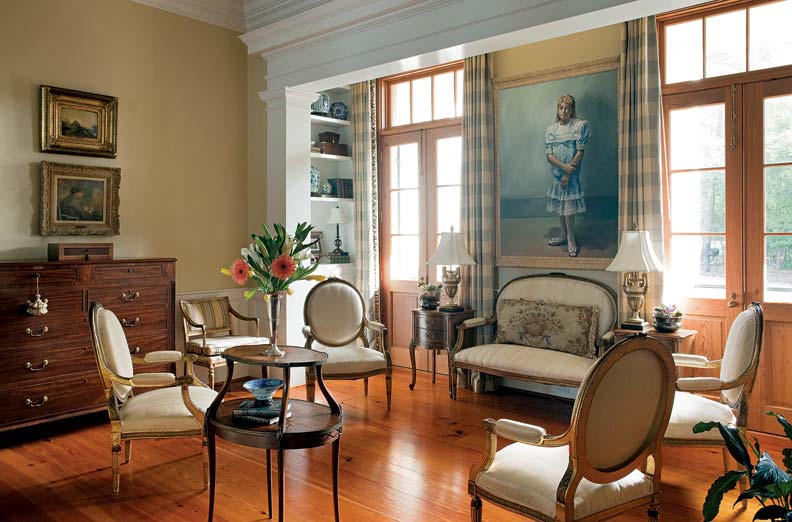 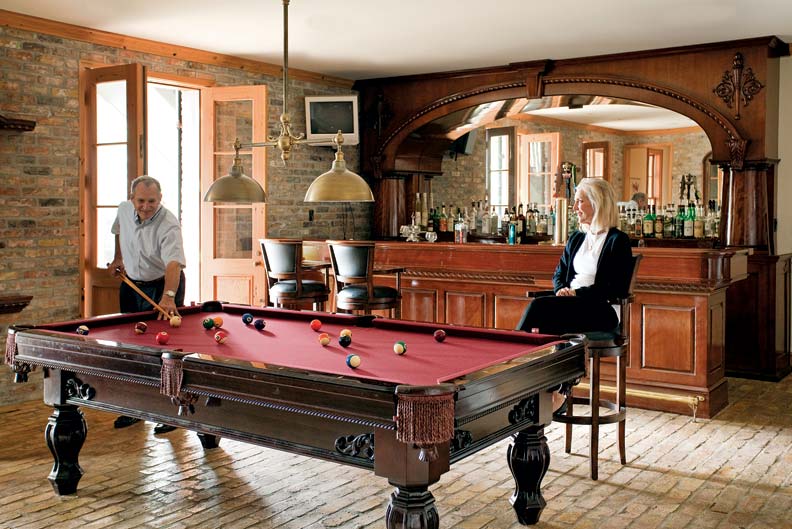 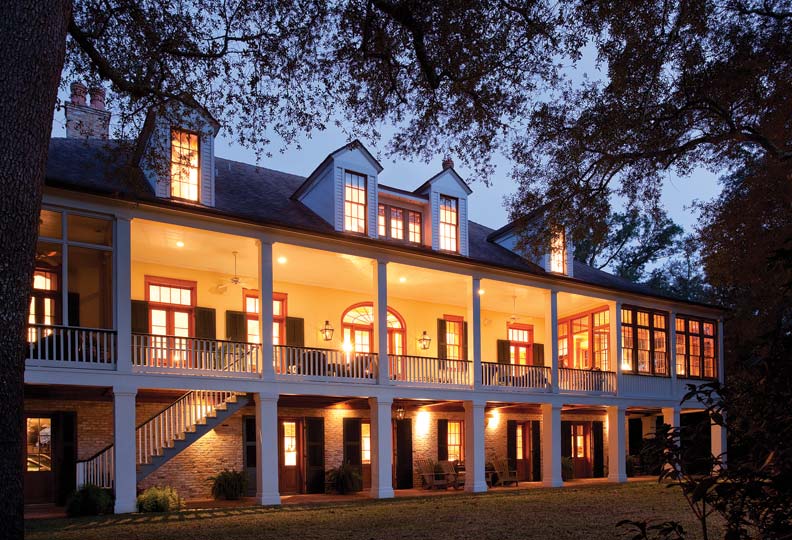 Today the three-story home, set on a gently rolling six-acre property that edges the bayou, is classically styled and constructed, elevated in the West Indian manner to capture the breeze and protect against water damage. Gables extend from the deep hipped roof, suggesting a simple one-story home with an attic. Graceful columns and cypress trim offset the traditional stucco façade.

“We think of these types of designs as living traditions,” Cooper says. “If the details are strong enough and they get passed down, you end up with architecture you can fall in love with.” For Cooper, designing the Pensacola home called on every aspect of his professional vision: design that honors history, location, and the environment, while catering to the needs and wishes of a modern family. As Cooper notes, “The biggest task was accomplishing the vision of the historic model while juggling the puzzle of modern-day living.”

Consider the wraparound porch on Parlange. “I kept thinking I needed to have this porch that went all the way around the house,” says Suellen. Cooper, fearing the home was growing too large, suggested the concept of the galleries, and enclosing them and letting them evolve into living spaces. “It was genius,” Suellen says. “Don did a beautiful job. Using the galleries this way is what would have happened historically, over time; he did it from the get-go.”

The iconic roof shelters the entire structure, rendering both charm and more space. “It adds a graceful style,” Cooper says. It also incorporates what Cooper calls a “tropical Southern concept” that allows sheltered access to the outdoors.

The Hudsons know their Southern concepts. Both were raised in the South; in fact, Suellen is named after Scarlett O’Hara’s younger sister in Gone with the Wind. In Cooper, they found an architect who knew how to use historical precedence without compromise. His firm works prodigiously on Florida’s coast and panhandle, where history has left many architectural and cultural vestiges, including those from the Caribbean and Europe.

Cooper Johnson Smith Architects and Town Planners also has left a stamp on the New Urbanism movement, creating communities with a sense of place, including Seaside, Florida, where they designed more than two dozen houses. “That’s where we really got our DNA in traditional town making and the architecture that makes that sort of place,” Cooper says.

Like Parlange, the exterior of the Hudsons’ home exudes a strong sense of place, as if it was planted on the spot. Inside, Cooper designed for modern life. All the main living spaces are on the first floor, with guest rooms, baths, and a large sitting room upstairs, in the “attic.” The basement level contains a billiard room, kitchen, bath, and exercise room, with a brick floor that spills onto the back patio.

The front entry is marked by a grand staircase, with the living room ahead and, to the left, Suellen’s favorite room, the library, with its hidden staircase to an upper story. The floors, old heart pine, work beautifully with the gold-beige color palette and French antiques, style points set by Margaret Witherington Interiors in Mobile, Alabama.

The galley kitchen is designed like a keeping room, with a masonry fireplace and seating area, and an adjoining gallery that is the family’s breakfast room. “Typically today people like to live around the kitchen,” Cooper says. “That’s a modern way of living that’s easily incorporated into the fabric of style we selected.” A butler’s pantry connects the kitchen with the dining room, which is outfitted with French doors, flanked by sidelights and topped with a fanlight transom, that allow a lovely view of the bayou.

The Hudsons’ emotional investment in their house drove them the extra mile. They were “tipped off,” Suellen says, to rural salvage yards where they found old wood that was later milled to create the pine floors and cypress windows and doors. Suellen credits the project’s building crew, headed by Wayne Gavin, owner of Shoreline Building Systems in nearby Pace, Florida, and foreman Gary Cook, with bringing the plans to fruition. “They did an amazing job,” she says.

Recently the Hudsons gave a gumbo party, and Suellen recalls chatting, at dusk, with a guest who was, as she says, “a gentleman from plantation country.” An evening mist, softly lit, was rising, while the two stood in a silence of reverence. “He had tears in his eyes,” Suellen recalls. “He said he felt like he had stepped back into old Mississippi, the place of his childhood.”