The owner says that her interest in old houses and antiques dates back to college days. “I bought my first antique when I was 18,” she says. A person who appreciates details, she likes grouping objects to create spare but evocative vignettes.

“I started out with very early American furniture,” the owner continues. “Then that plainness turned a bit too sterile for me, and I got interested in 18th- and 19th-century Continental pieces. Over the years,” she laughs, “I’ve flipped a few things when I needed to. Now my rooms are furnished with an eclectic collection. Every piece of furniture and art is well loved.”

The stucco house is neither an antique nor a custom house. Actually, it’s a substantial, well-considered Georgian Revival house in a 1984 subdivision developed by a builder. Other houses represent different styles, but none of them was architect-designed. This planned neighborhood of the late 20th century is part of a centuries-old tradition: the American designer–builder. 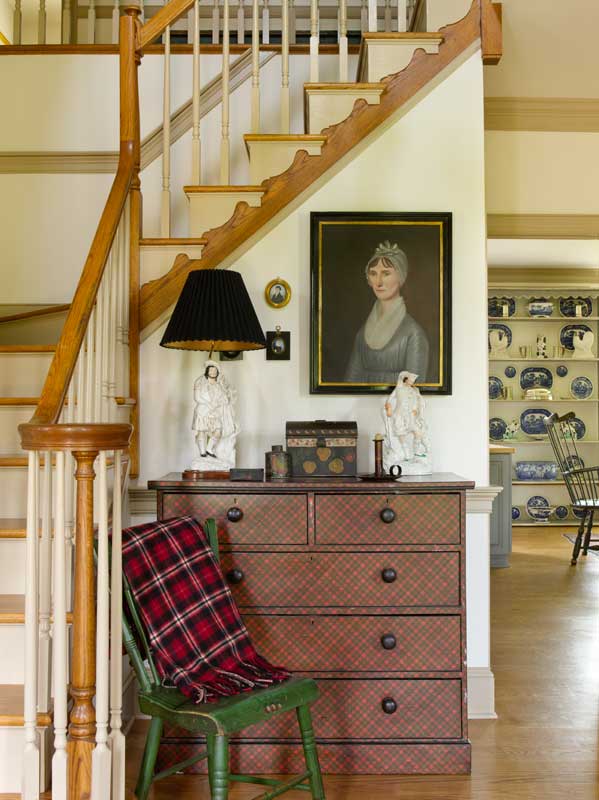 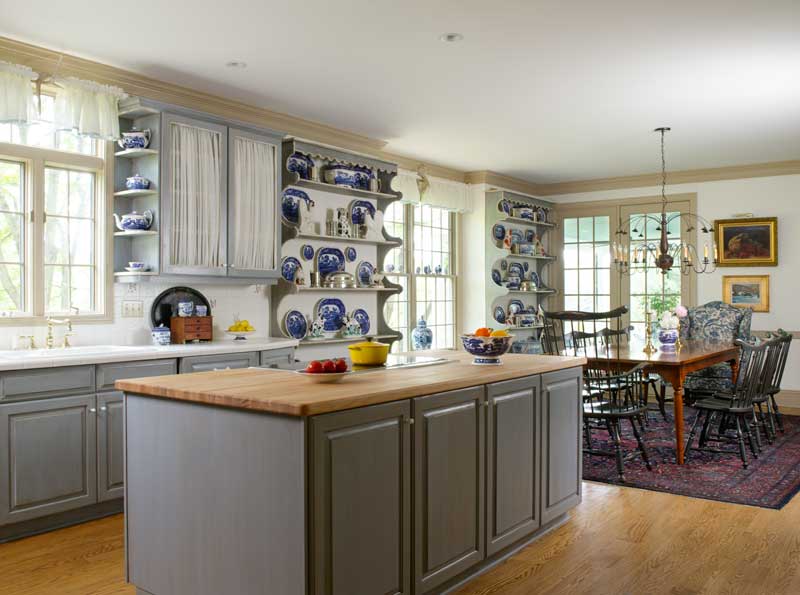 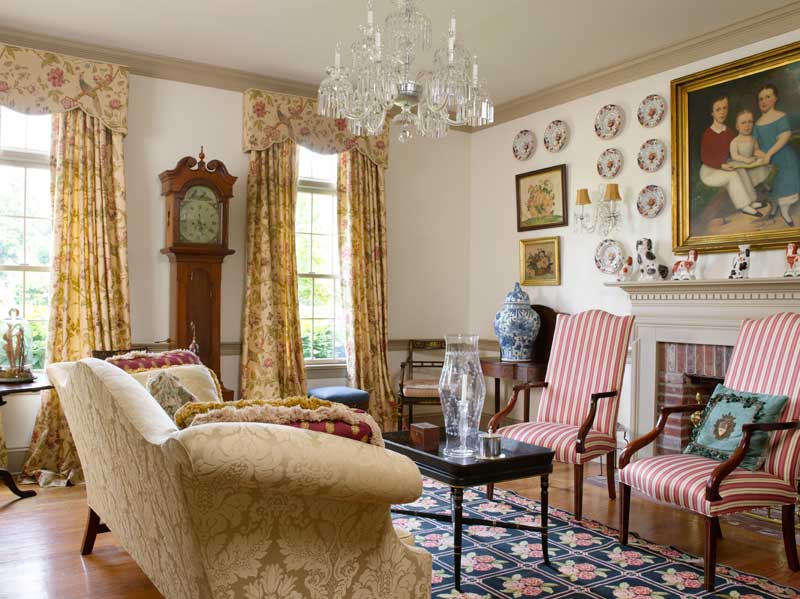 “We bought this house for its bones,” the homeowner explains. “It’s considered ‘an antique reproduction,’ though it doesn’t copy any one specific old house. Still, it’s an ideal home for my ‘old things,’ and at the same time, it has the perfect layout for a busy family with children.”

The living room features a needlepoint rug, damask draperies, even an antique Empire settee. But every room and every piece of furniture gets used. “No rooms are off-limits to the kids,” she declares. “Furniture is not just for looking at.” Furnishings include French and English 18th-century tables and chairs, a folk-painted Eastern European chest with bun feet, an early 18th-century French chaise longue, an English tartan chest, and late 19th-century American painted pine beds. Staffordshire animals fill mantels and kitchen shelves—which began life as early 19th-century French bookcases.

The kitchen has a classic Colonial Revival treatment: Shaker-inspired cabinets, Windsor chairs, and a reproduction chandelier in the dining area. Subtle coloring comes from Benjamin Moore’s ‘Hush’ on walls and a custom, faux-antique finish on cabinets. The blue-and-white scheme repeats in wing-chair upholstery and in the collection of Copeland china (most of it old).

A putty trim color repeats throughout the house; it’s called, appropriately enough, ‘Independence Hall’ [from Benjamin Moore]. Wall colors change by room to add color and interest, although they are generally pastels or neutrals: pale blue, biscuit. The dining room, however, has a bold design scheme, built around a new mural by Myles Cavanaugh that pays homage to a historic local artist. Above the wainscot, William Penn is depicted meeting with representatives of the area’s native population as wildlife cavorts in the woods and farm animals work the fields. All coexist in peace, in the iconic style of the early 19th-century Quaker artist Edward Hicks.