Libby Sartain has fond memories of her grandmother’s stories about Ancient Oaks, the ancestral home in central Texas. Built in 1856, the Greek Revival mansion had been the centerpiece of a cotton plantation established in 1836 by Libby’s great-great-great grandfather, A.W. (Abram Wiley) Hill. Although the family lost the house in the Great Depression, it was never forgotten, as its colorful tales were passed down through generations.

Curious to see what remained, Libby and her husband, David, came to visit in 1981. Located near rural Hills Prairie, in Bastrop County south of Austin in central Texas, the old house sat vacant but proud amidst a wildflower-strewn prairie. Libby and David climbed over barbed wire to peek inside, and felt the stories come alive. They joked about buying back the house and restoring it. Little did they realize that they actually would do so two decades later, after Libby took an early retirement from a career in San Francisco.

The extensive, three-year restoration began when they retained Austin architect John Volz. His partner in the firm is his wife, Candace, who specializes in historic interiors A guest house and pool were added behind the house. For everyday living, an addition at the rear, on the site of the original kitchen wing, holds an updated kitchen, a master bedroom, and an office suite. In this way, the Sartains were able to keep the 1850s house in its original state. 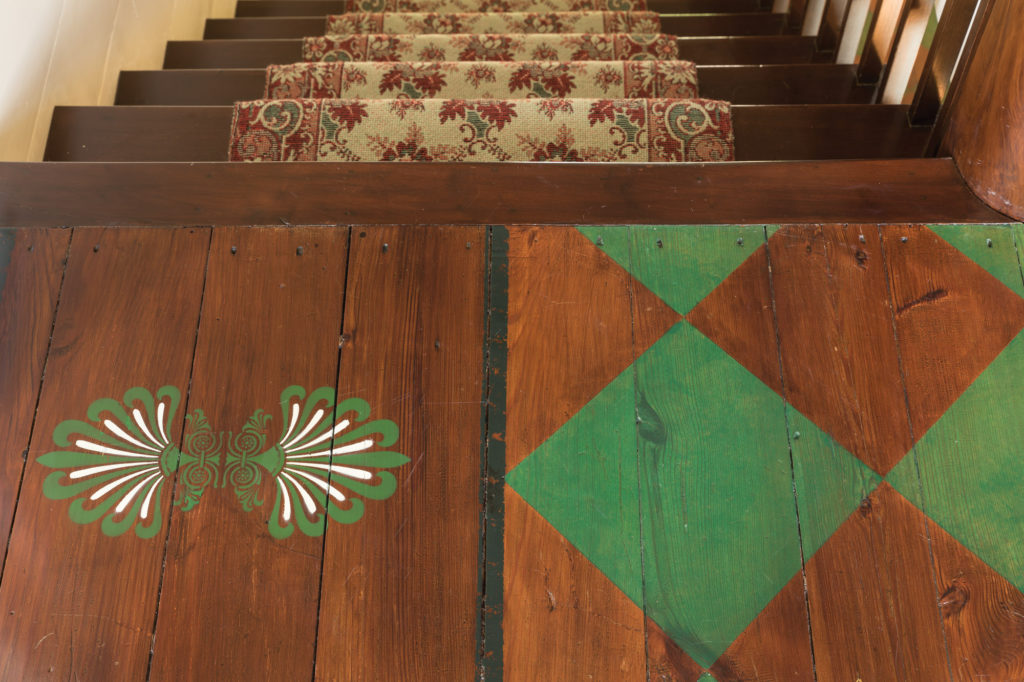 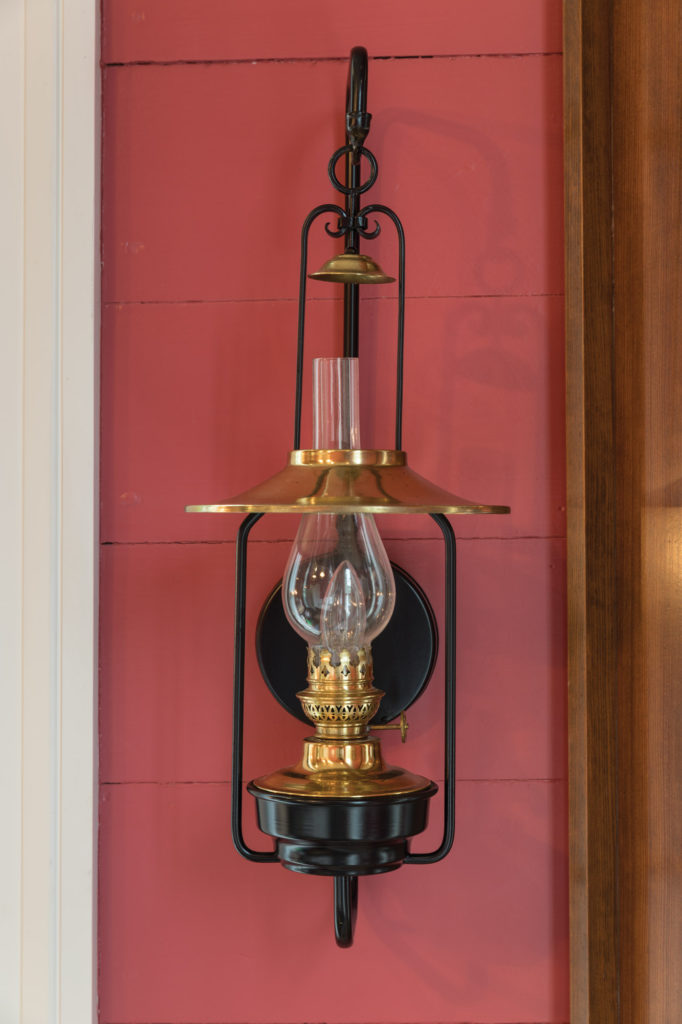 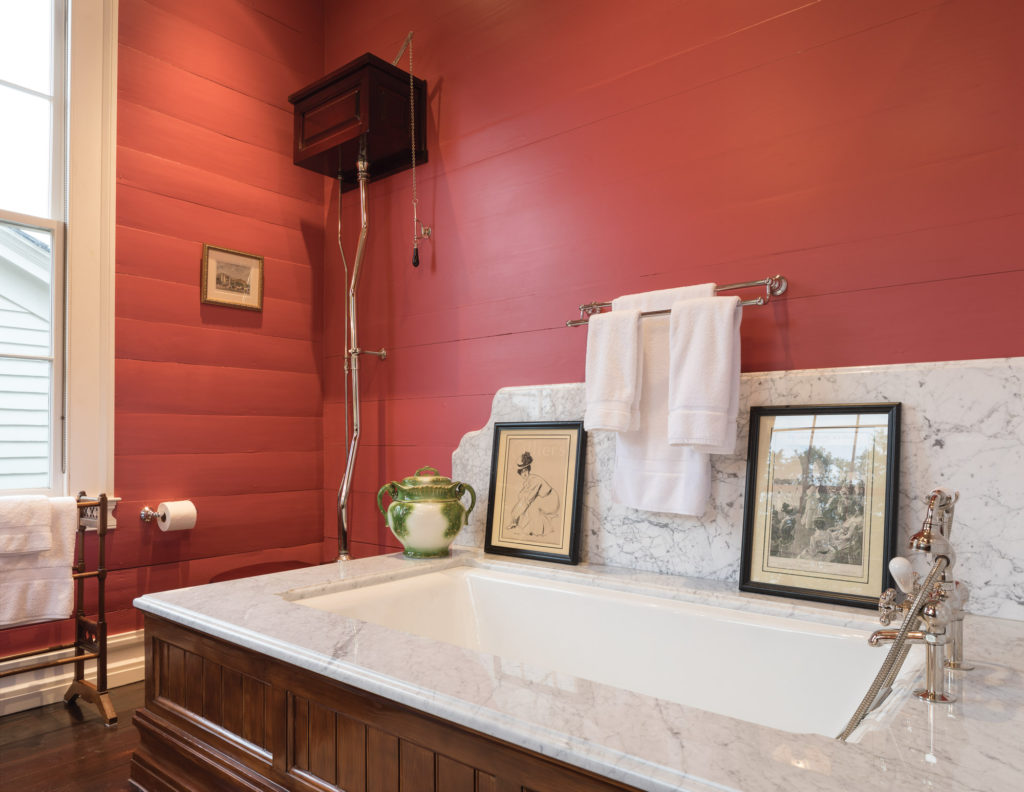 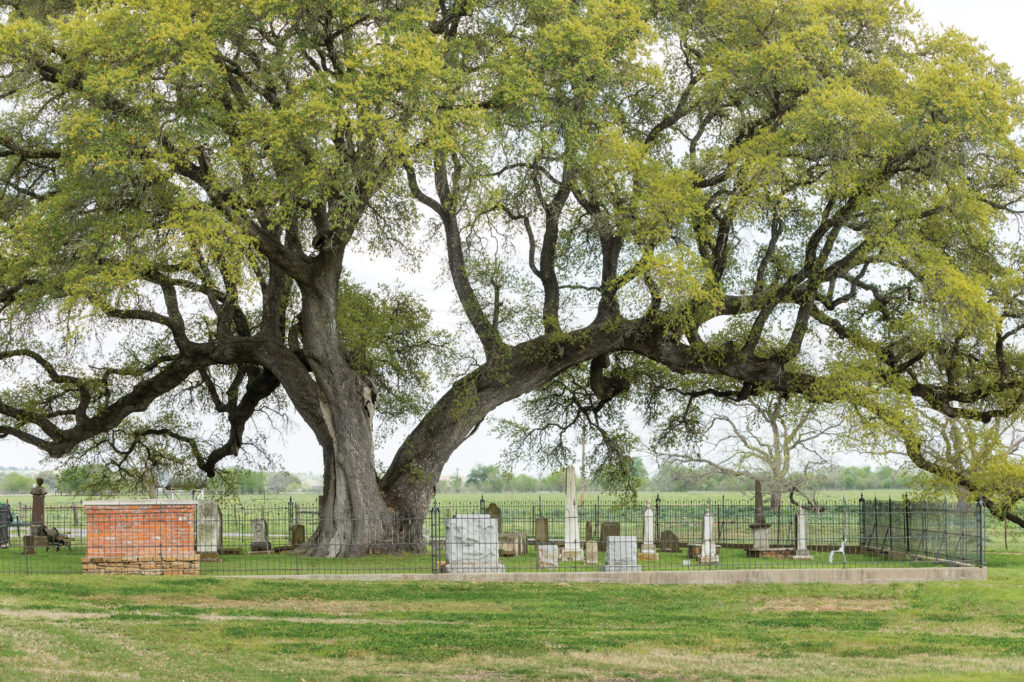 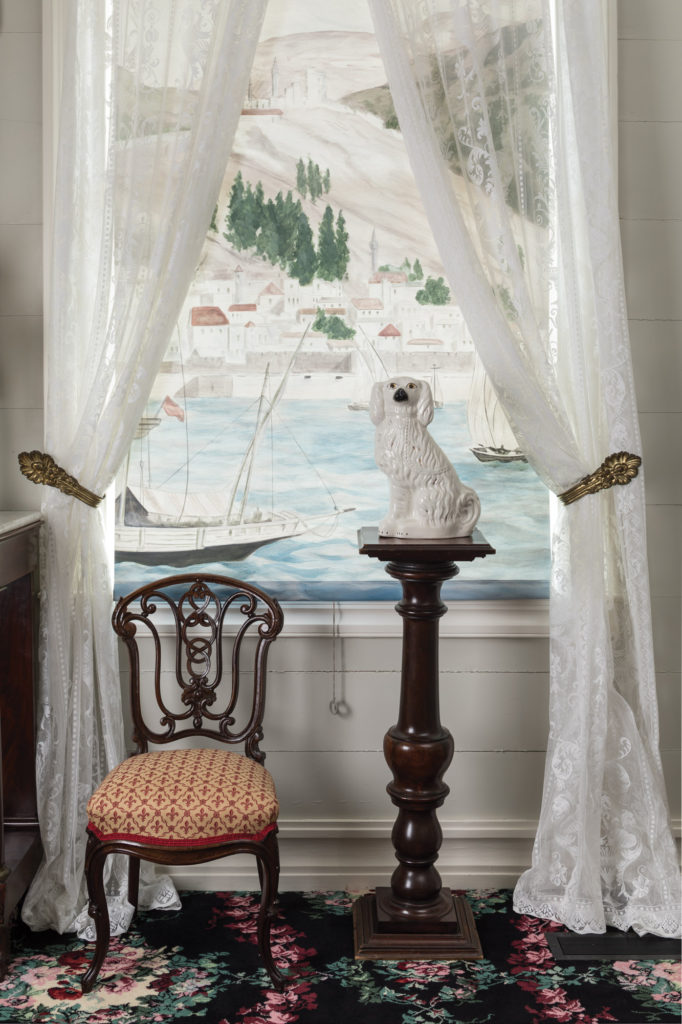 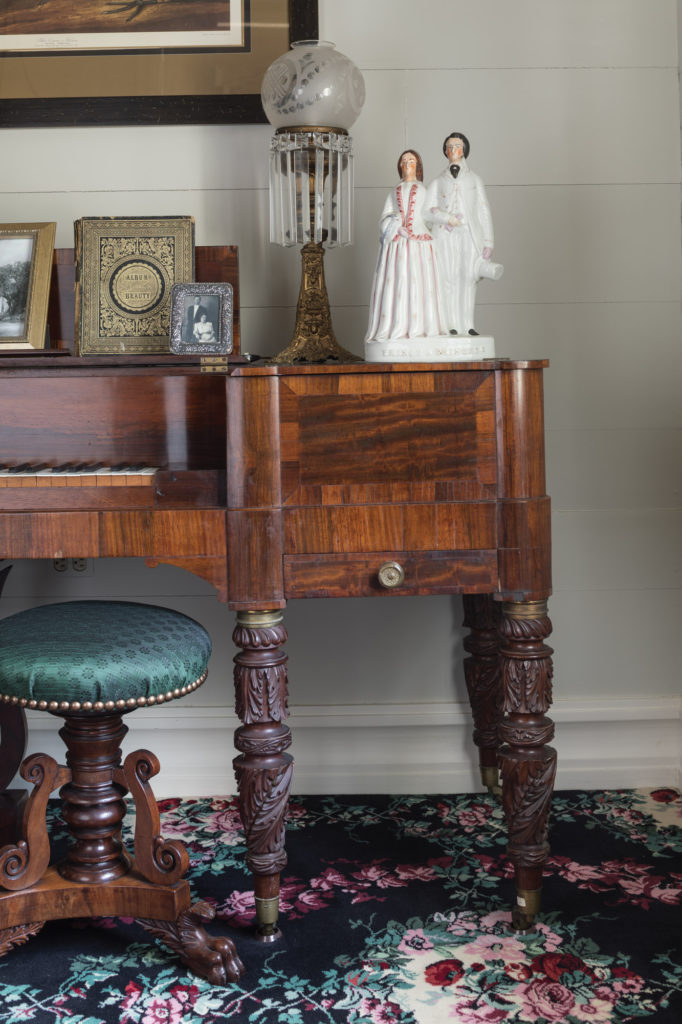 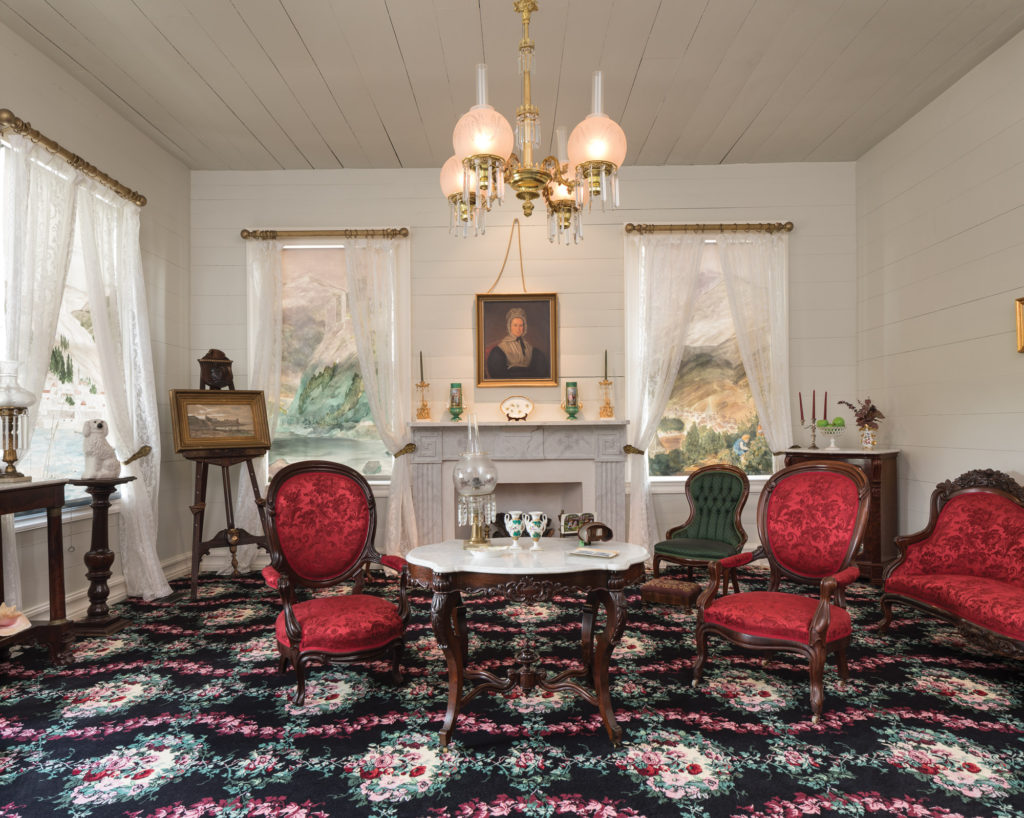 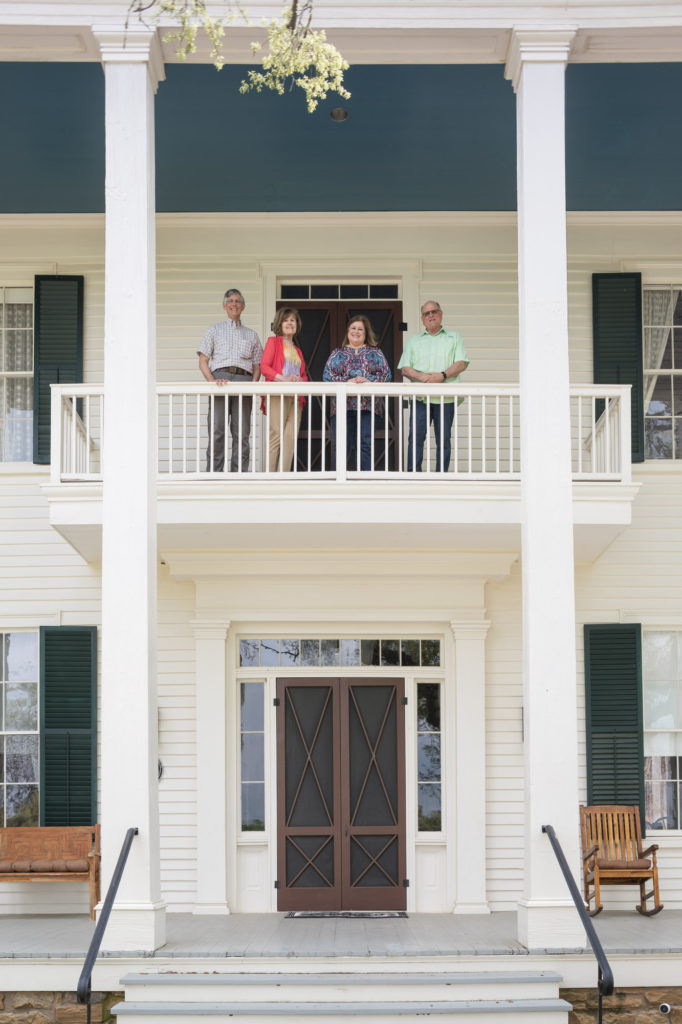 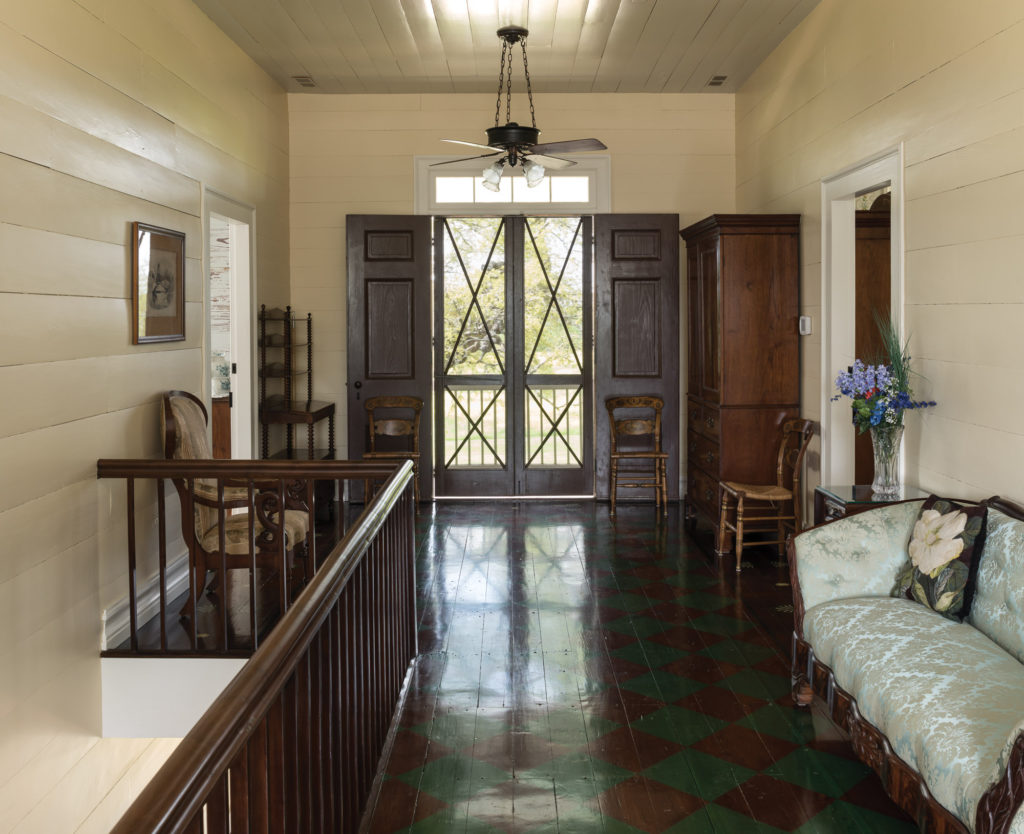 The house had deteriorated quite seriously. An adobe-like mortar in the sandstone foundation had eroded, causing the house to shift and sag. Roof leaks had damaged the second-floor wood ceiling; exterior cornice mouldings had been removed. Three of the four original brick chimneys survived but had structural problems. A cheap addition, built in the 1990s for the filming of several movies, was allowing seepage into original walls. Windows had rotted and were covered with inappropriate shutters. The siding was weathered or rotting, the front porch faced imminent collapse. Termites earlier had infested both the framing and interior wall sheathing. Inside, much of the charm seemed lost behind updates made during the 1960s and ’70s. Architect John Volz says the house likely would have collapsed if the Sartains had not stepped forward when they did.

Restoration followed the preparation of a site plan and survey, and research—information gleaned from family members, National Register files, and the Historic American Buildings Survey. The house was lifted off its foundation, footings were stabilized and chimneys disassembled and reconstructed, then the leveled house lowered back down. Concealed tie rods reinforced the structure. Damaged wood elements were repaired with epoxies, and missing cornices and other elements reconstructed based on computer analysis of HABS photographs.

Pine walls, floors, and ceilings were restored by master carpenter Joe Tongate, whose more than 100 Dutchman patches were made with salvaged pine, a job that took over a year. Period materials used include brick salvaged from a 19th-century Iowa church. It wasn’t easy to find craftspeople for such an extensive project. For three years, general contractor Richard Obenhaus and his wife lived in a house the Sartains owned in Bastrop; for Joe Tongate, they rented a peaceful rv spot by the river.

One challenge was finding the right formula for the mortar. The original chimney mortar was a lime/sand mix that used local creek sand. The bricks are soft. Mortar needed to meet current structural codes yet had to be soft enough to avoid damage to the old brick. Masons were interviewed until one agreed to create the custom mix, very close to the original formula.

Inside, rooms were brought back to ca. 1856–1884, when A.W. Hill, who died in 1884, would have lived here. Candace Volz developed a plan for each room and advised Libby when appropriate pieces came up at auctions. Based on descriptions in old family letters, a square piano and plush carpeting “strewn with roses” were found for a parlor. Scenic window shades also had been described, so reproductions painted with scenes of Venice, the Pyrenees, and Ancient Greece were commissioned from textile artist Ann Wallace (now the Melton Workroom).

Period paint and colors were conserved wherever possible, as was family graffiti found on a bedroom wall. Austin artist Peter Hausmann reproduced period graining on the doors, marbleized and stenciled the mantels, and added stenciling on the hall floors. A state-of-the-art geothermal heating and cooling system was invisibly integrated, along with security, fire suppression, and communication systems.

The plantation had once comprised over 4400 acres of cotton fields. The Sartains purchased 250 acres of land remaining. The family cemetery under a spreading oak tree has been conserved.

Texas is known for the colorful wildflowers found in fields and lining highways. Lady Bird Johnson was instrumental in their conservation; she is credited with raising national awareness of the value of scenic beauty along highways, by reducing the number of billboards and junkyards and by planting wildflowers. The Highway Beautification Act was passed in 1965. To view over 2700 wildflower species, from Texas bluebonnets to Indian paintbrushes and buttercups, check out The Lady Bird Johnson Texas Wildflower Center in Austin.