Founded in the late 1700s and bypassed by major development during the Industrial Revolution, the tiny hamlet of Waterford, Virginia (population just over 1,000), is a well-preserved slice of Americana. But that didn’t happen entirely by chance—it’s due in large part to the citizens of Waterford, who put a premium value on maintaining the historical character of their town.

Preservation efforts started in the 1940s with the creation of the Waterford Foundation, whose purpose was “to revive and stimulate a community interest in re-creating the town of Waterford as it existed in previous times with its varying crafts and activities.” The Foundation started by preserving Waterford’s colonial-era homes, many of which were in a sorry state brought on by years of neglect.

Their hard work was rewarded in a major way in 1970, when the National Register bestowed upon the town and its surrounding farmland the status of National Historic Landmark District, its highest honor. Waterford’s historic status is also recognized by the Commonwealth of Virginia and Loudoun County. To protect its land and buildings, the Waterford Foundation has secured a number of permanent easements, and has carefully monitored restoration efforts and new development. The Foundation has also expanded its mission, providing educational programs such as the Second Street School Living History Program, in which local fourth-graders are invited to become a student for a day at a 19th-century one-room African-American schoolhouse.

Waterford’s vigilant citizens will continue to be key in its success as a historic town. Development from the Washington, D.C. metro area continues to spread to Loudoun County, and Waterford locals have had to fend off a number of development attempts in recent years. In 2003, they led a successful charge to raise the $4 million needed to buy the Phillips Farm, a 144-acre parcel southwest of the village. (Local preservation advocate Neil Keller, whose house overlooks the property, was instrumental in helping to secure the funding.) The farm is now under an agricultural-use easement; a new interpretive nature trail winds along Catoctin Creek on the farm’s eastern edge.

Waterford continues to receive accolades for its commitment to preservation. In 2008, it officially became part of the Journey Through Hallowed Ground, a National Heritage Area that stretches from Gettysburg, Pennsylvania, to Monticello, Virginia. And earlier this year, it was selected as one of 15 new Preserve America communities by the federal Advisory Council on Historic Preservation.

Want to see for yourself why Waterford is so special? Read on for information about local events and a photo gallery of restored homes.

Get a taste of life in Waterford at one of the town’s annual events, which revolve around the town’s historic buildings and landscapes. The Waterford Foundation also hosts regular classical-music concerts and lecture series (past guests have included NewsHour anchor Jim Lehrer and author Tom Mathews). For more information on upcoming events, visit waterfordfoundation.org.

April: Landmark Cross-Country Run-Walk-Hike
Get up close and personal with Waterford’s agricultural side with a 10K run that meanders through the hills of the historic Talbot Farm. Not a runner? There’s also a 6K hike that follows a slightly less strenuous route, as well as a leisurely 3K walk that affords the opportunity to learn about the local landscape with a nature guide.

May: Country Cottage & Garden Tour
Gardens are the focus of this event, with the private landscapes of Waterford’s historic homes on display. There are also garden lectures, plus plants, gardening books, and garden accessories for sale.

July: Independence Day Celebration
Waterford’s Americana is at its patriotic height during the annual Fourth of July festivities, which include a softball game, a community potluck, a parade, fireworks, and plenty of hot dogs and watermelon.

October: Waterford Fair
One of the most prominent Waterford events is the annual Waterford Fair, which features both a craft fair and tour of homes, and draws visitors from across the country. It’s the oldest juried crafts fair in Virginia and offers a unique opportunity to study the historic climate of the community.

December: Christmas at the Mill
Waterford’s historic Old Mill (the town’s first commercial building) is transformed into a holiday gift emporium, featuring wares from many of the same crafters who appear at the Waterford Fair. The Waterford Parent-Teacher Organization provides hot drinks and baked goods, and Santa is on hand to take requests from the kids.

The village of Waterford may only be around 13 square miles, but it has more than its fair share of gorgeous restored homes. Take a look at some of our favorites below! 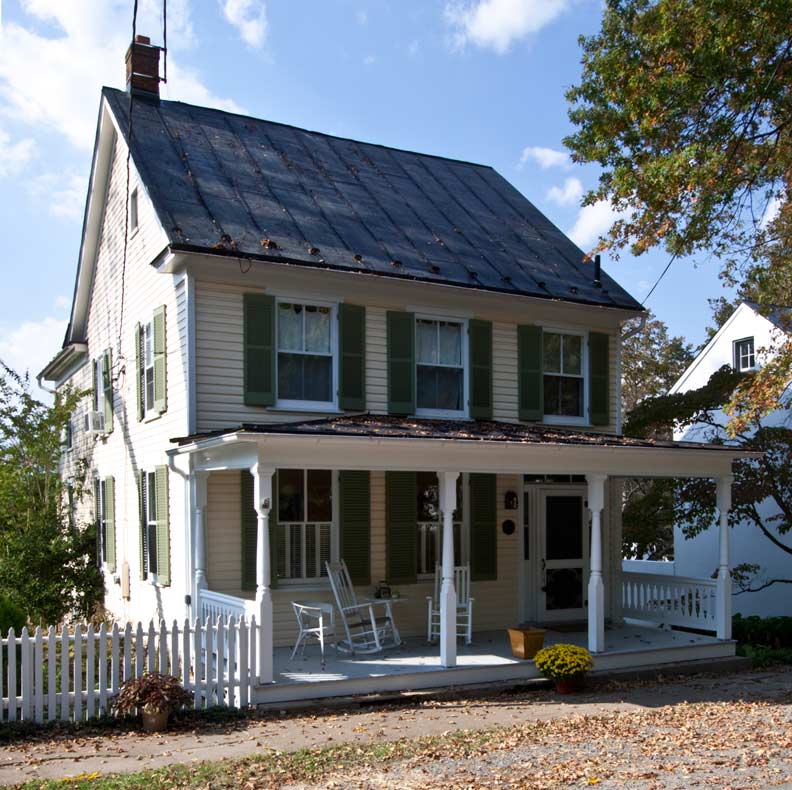 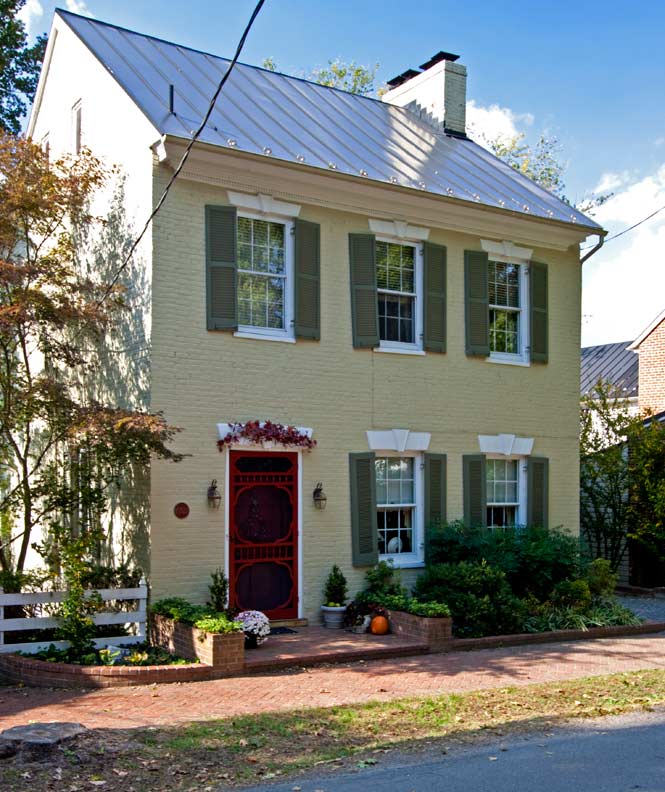 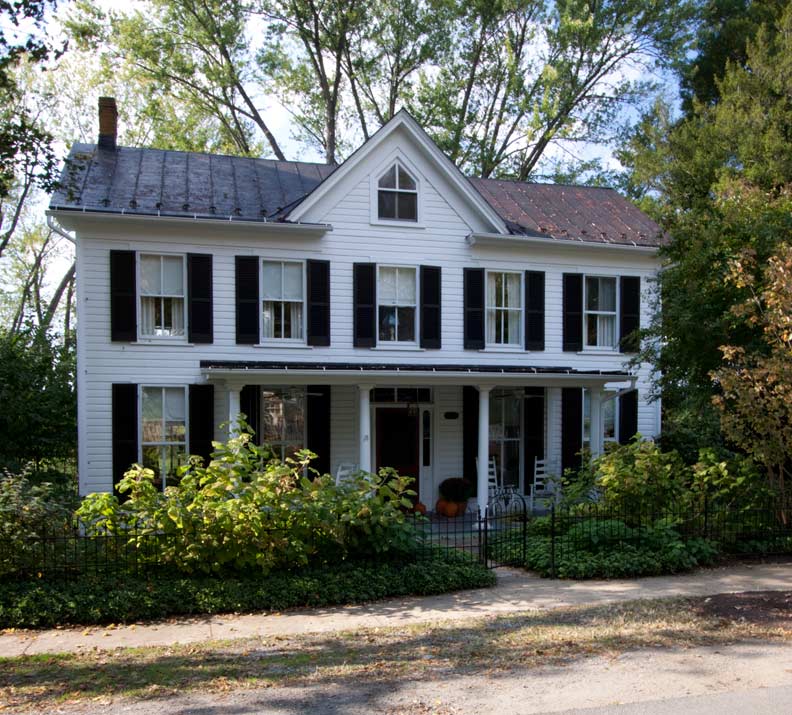 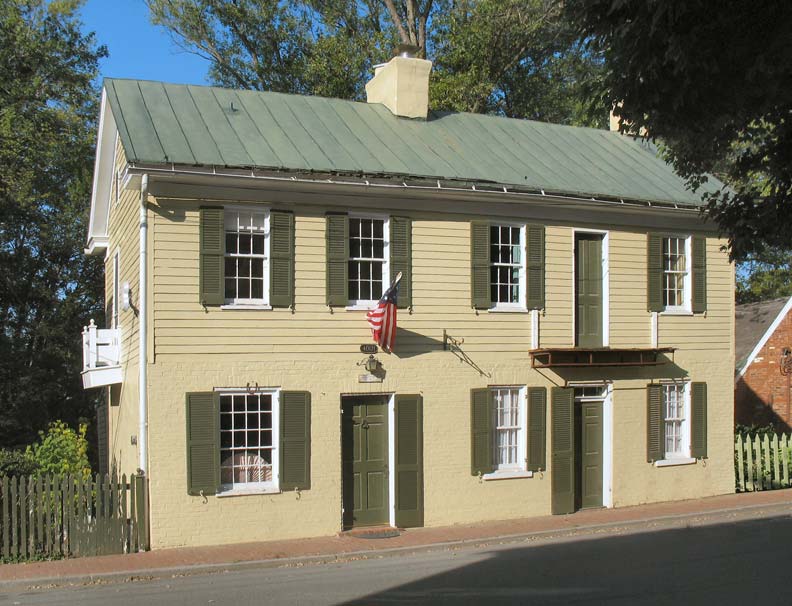 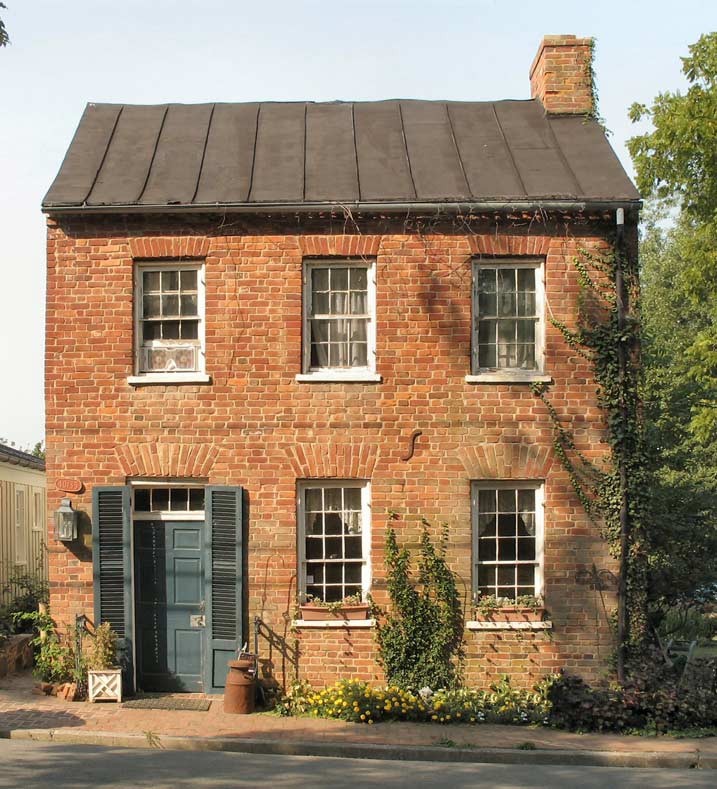 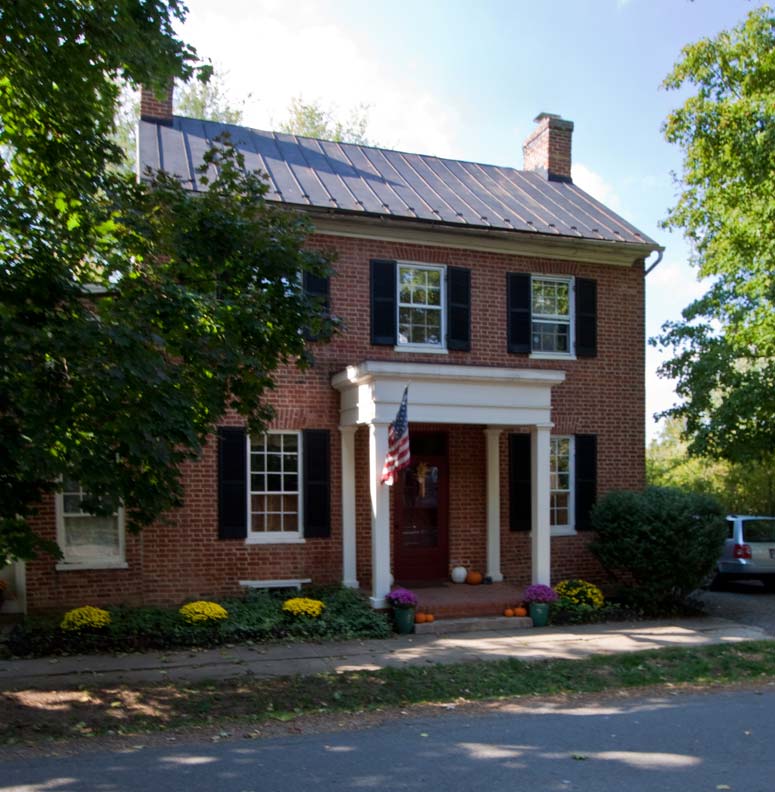 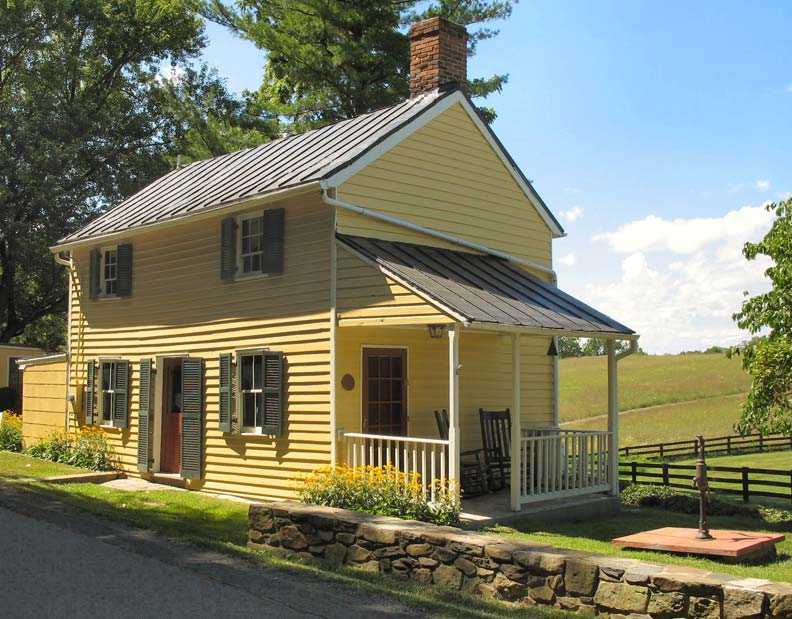 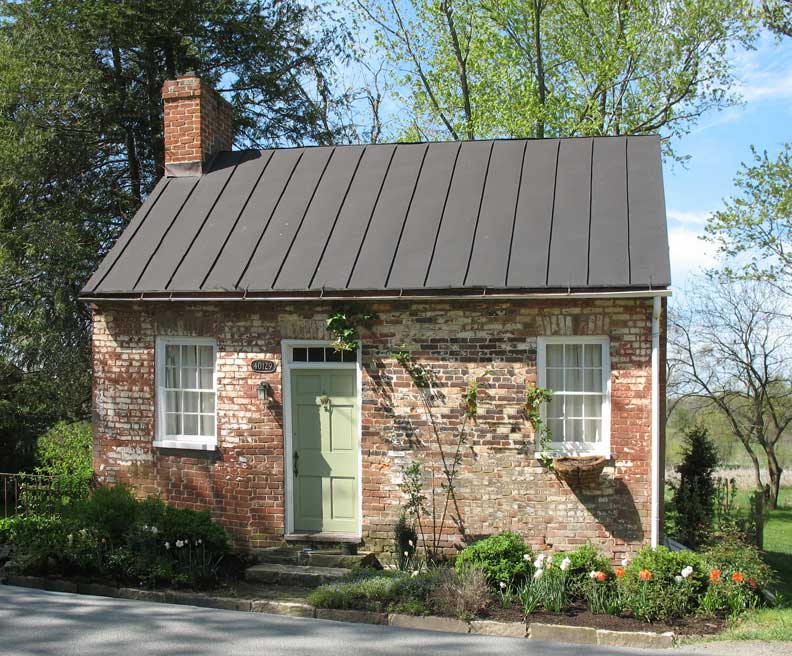 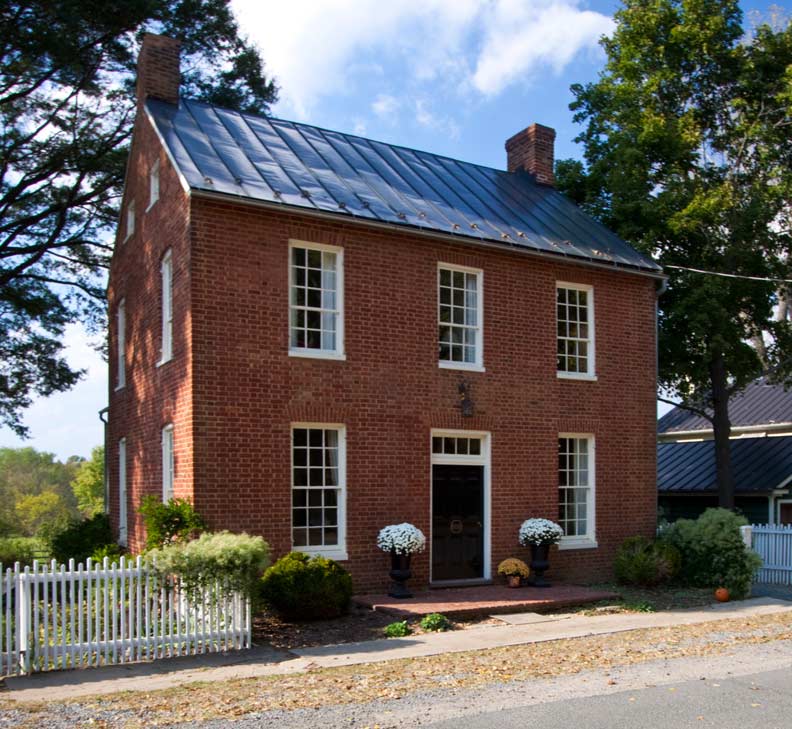