On their honeymoon, the young couple went to New England: to Deerfield Village and Cogswell’s Grant in Massachusetts, then north to visit houses in New Hampshire and Maine. Trips took Janet and Dan Edwards to Sturbridge Village and to Williamsburg, then to England and Scotland. They devoured books on New England architecture. “History gets in your blood,” Dan says. “As a matter of fact, it is literally in our blood. Some people just aren’t as in tune with it.”

Both Dan and Janet became educators, taking positions in Berkley, Michigan, where they started raising their sons David and Matthew. As the couple’s tastes matured, they dreamed of owning a classic New England home. By 1991, they’d decided to build one, a reproduction Saltbox—in Michigan.

Dan was on site every day, coaching his competent young builder on the fine points of New England architecture. Dan’s diligence and Janet’s attention to detail, along with the builder’s keen interest, paid off. Since that time, they’ve continued to upgrade and fine-tune the authenticity of finishes and furnishings. Dan often worked alongside craftspeople, learning from them and eventually tackling finish work on his own. Lighting fixtures were changed out for antiques and replicas, colors were borrowed from Boston-area historic houses. “The House of Seven Gables and the 1750 Nathaniel Hawthorne Birthplace House in Salem were particularly inspiring sources,” Janet says.

The family collected both antique and new traditional furnishings, attending the Historic Home Shows in Valley Forge, Penn., and getting to know artisans personally. The house is a repository of the work of recent generations’ prominent artists and artisans; there’s redware from Greg Shooner, hooked rugs by Jane Conner, furniture (and a kitchen) by David T. Smith, paintings by Will Moses.

The house nestles into the Michigan countryside as if it had been here for centuries. The garden was planted after meticulous research, with its plan and motifs cued by gardens at Williamsburg and Winterthur. An old-fashioned “bird bottle” or “martin pot” hangs on a door, attracting birds who control insects around the house. 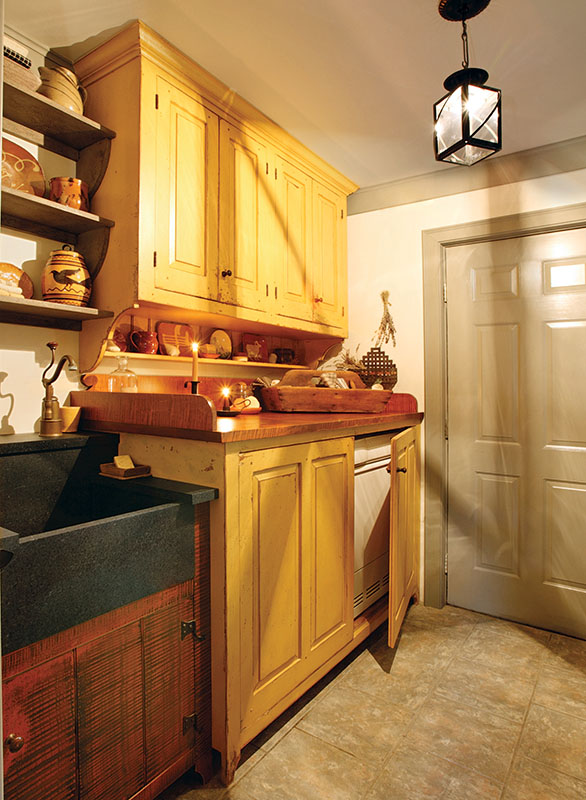 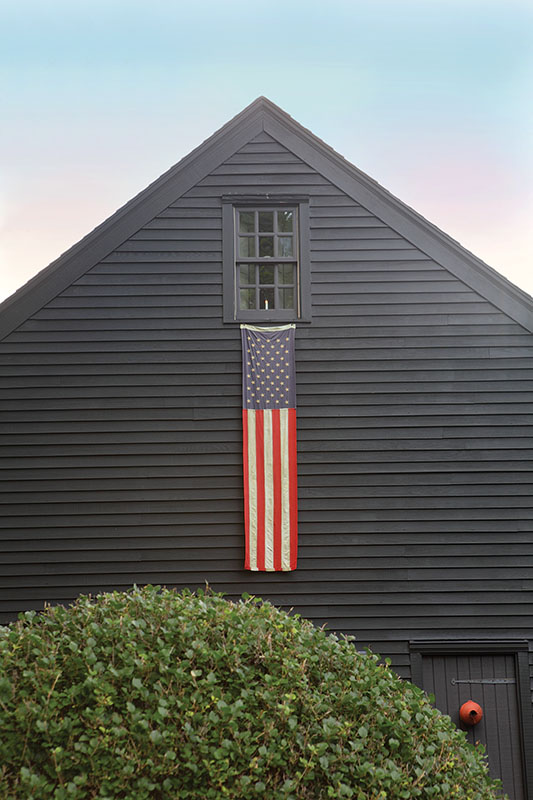 The Edwardses were able to pick and choose from the best of past and present. To some extent, their “new-old” custom home is both more authentic and more suitable for the family than an antique house might have been.