Both Rich and Jean grew up not far from here, and met in high school. Jean had been a fortunate witness to something relatively unusual at the time. Her father had a twin brother who purchased, moved, and restored an old Cape Cod-style home. Although “fixing-up” was not uncommon, most remodeling jobs in the 1950s were more concerned with “modernizing” old houses. Yet Jean’s uncle and his wife opted to restore houses with a keen eye to history. They had always been collectors, and her uncle had restored many antiques, so they wanted a home that would “match” their collections. Jean has many very fond recollections of her uncle and aunt’s home, and how quaint and cozy and comfortable it felt.

After they were married, Rich was a quick study, gaining an astute understanding of colonial houses and antiques. The couple made their home near Peoria and began teaching careers, soon raising two sons. Their first tastes in furnishings included a few antiques elevating the “early American”-style reproductions. Through her friendship with a collector who owned a restored farmhouse, Jean realized she wanted to trade up to better antiques, as well as finer reproductions.

Over time, the couple did more research and made purchases in eastern states, particularly in the Northeast: they were drawn especially to New England architecture and furniture. The collection grew, and finally it seemed out of place in their Peoria ranch house. They wanted to be as passionate about the house itself as they were about what was inside. Jean had in mind her uncle’s wonderful little Cape, but the family needed something a little bigger. Jean and Rich arrived at the idea that a New England Saltbox, two storeys and with extra rooms in the rear, would be just right. They began traveling to New England to study and take photos of old Saltbox houses, in anticipation of building a replica in Illinois.

They came up with a floor plan based on early homes, but accommodating modern life, and Jean’s father drew working plans. They’d found a partially wooded lot north of Peoria; building began in 1977, when the boys were just six and four years old. Their contractor was willing to follow the couple’s wishes, and, to get exactly the right historical details and finishes, Rich worked on the house himself during his summers off.

The house was soon completed, but as many restorers and replica-builders will tell you, it wasn’t necessarily finished. The Clinches were still learning, and their pastime—or obsession—led to a better collection and some do-overs. “Besides,” Jean says, “acquisition is best done over time—what would be the fun of doing it all at once?”

Adjustments have been made. A Vermont blacksmith supplied door hardware more in keeping with the period. The (electric) light fixtures all are custom reproductions. A fine reproduction bed by David T. Smith replaced a son’s outgrown antique. Then, in 1994, the couple converted the small family room into a dining room, and did an addition reminiscent of an old New England connected barn, as if “remodeled” with a bank of windows. Old, hand-hewn beams were hauled in from Vermont. More recently, the kitchen was redone in a period look, with unmatched cabinets that appear to be antique but were built to allow the space to function. 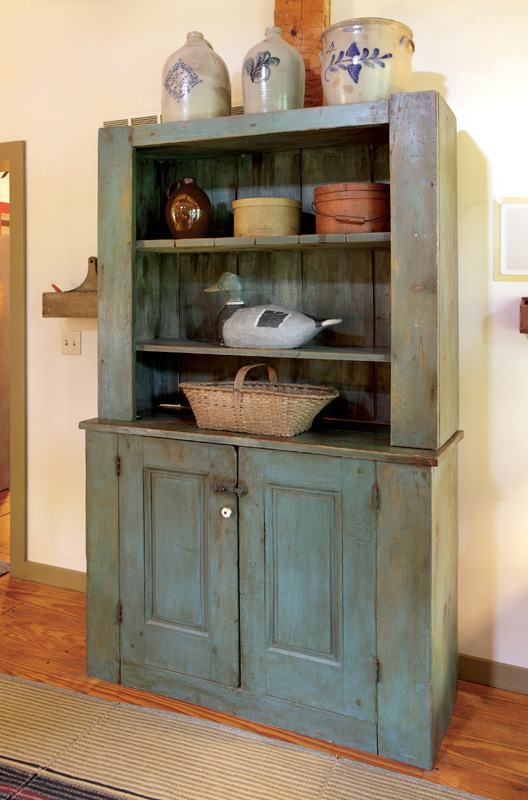 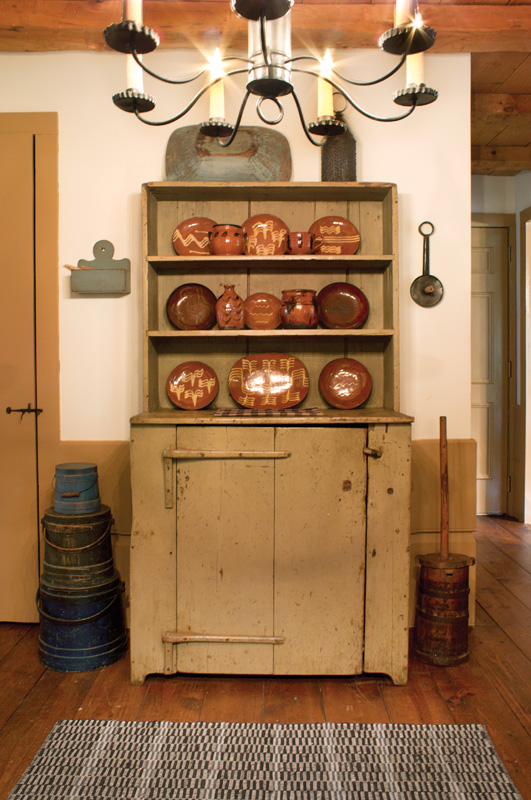 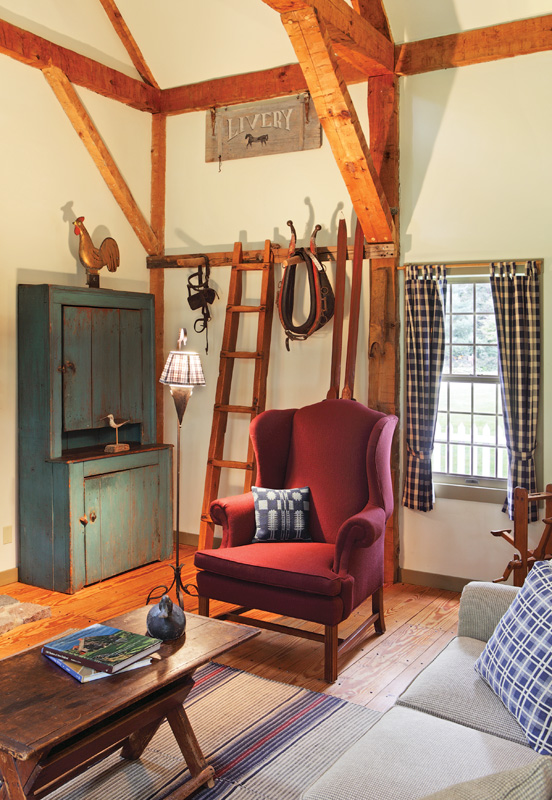 Rich and Jean also created an addition on the garage (for lawn equipment and so on), which resembles the lean-tos added to barns in New England. The house is clearly a lifetime commitment, as is their fascination with early Americana. An atmosphere of joy permeates this home.