Robust and whimsical details of the Arts & Crafts period were everywhere, so the owners found it easy to overlook the long list of repairs the house had in store for them. The dining room had a plate rail—perfect for their collection of Royal Doulton china. The living room retained a handsome mantel framed by bookcases with leaded-glass doors and windows with stained-glass tulips. Family gatherings would be encouraged by the big dining room, the porch, the built-in window seats. Even the basement was a draw, with high ceilings, workbenches, and cabinets that held the house’s original light fixtures, lamp shades, and hardware.

This was the right house, but it wasn’t without problems. The previous owners had updated the wiring and plumbing, but there remained numerous, curiously placed holes in the lath and plaster—including a six by nine-foot opening in the upstairs hall. Gouges, dents, and long scratches marred walls throughout the house, made perhaps by the motorcycles rumored to have been parked indoors.

The original colonnades between main rooms had been removed—and stored, it turned out, on the third floor. Much of the Douglas fir woodwork was untouched, but the living room walls were painted a lurid pink, and study walls and woodwork were an acidic yellow-green. The awkwardly “updated” kitchen had a stainless-steel sink and vinyl flooring glued to the maple strip floor. The third storey, previously finished as living space, was beyond salvage, having been used as an indoor kennel.

Restoration was slow because much of the work was do-it-yourself, done evenings and weekends. Light fixtures of the Sixties were replaced with originals or period-appropriate reproductions from Rejuvenation, the store headquartered in Portland. Pigeons were banished from the rafters, and nesting squirrels were shown out of the third floor.

The family wanted the kitchen larger and more usable, but still in keeping with the rest of the house. So the back porch was enclosed to make space for an expanded kitchen, a pantry, and a powder room. Original materials were saved and reused as possible: wainscoting became a backsplash and was installed around a new banquette; stained-glass windows on the south wall were left in place, a decision that sacrificed additional cabinet space in favor of afternoon sunlight filtering through colored glass. A clever closet holds the refrigerator, which allowed the swinging door to the dining room to stay in place. Period-style cabinets, made locally, were less expensive than custom work from a kitchen company. The countertops are made of soapstone tiles (cheaper than stone slabs) and some of stainless steel to mimic the zinc countertops of the era. The old maple floor was unsalvageable, so bamboo flooring replaced it, its color and width similar to that of the original floor.

Before a house tour, the final phase of restoration included meticulous reconstruction of the missing colonnades. Walls were stripped, then papered and painted. After months of tedious work, the glow was back, mellow fir enhanced by Bradbury & Bradbury’s bungalow-era papers and friezes. 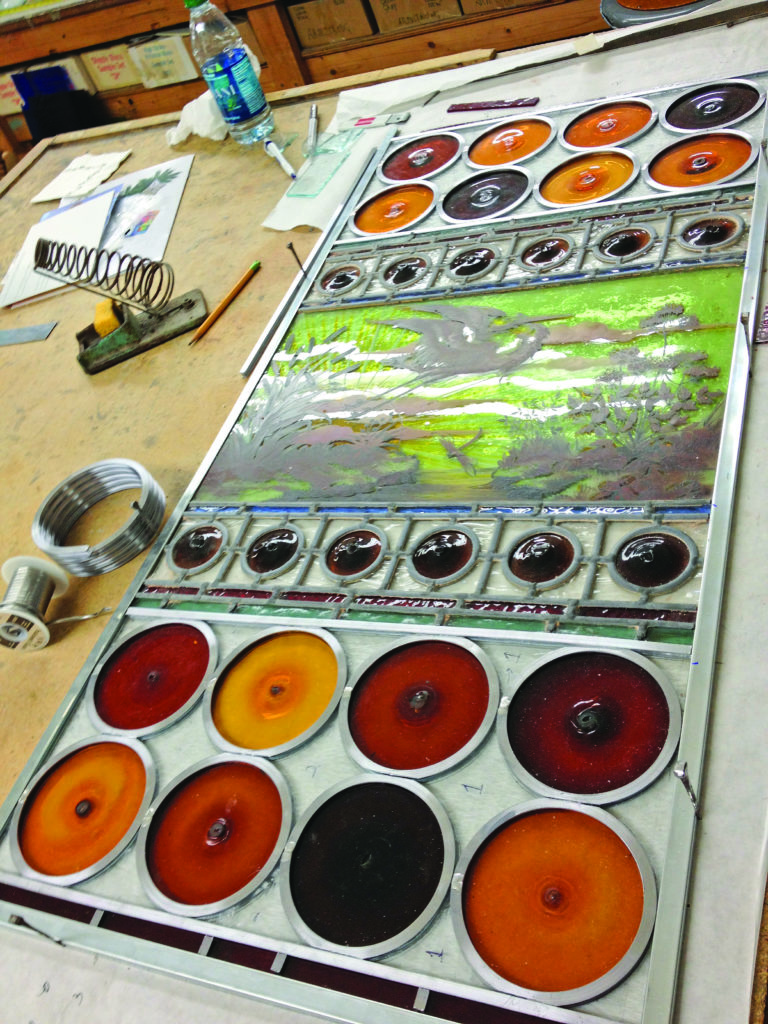 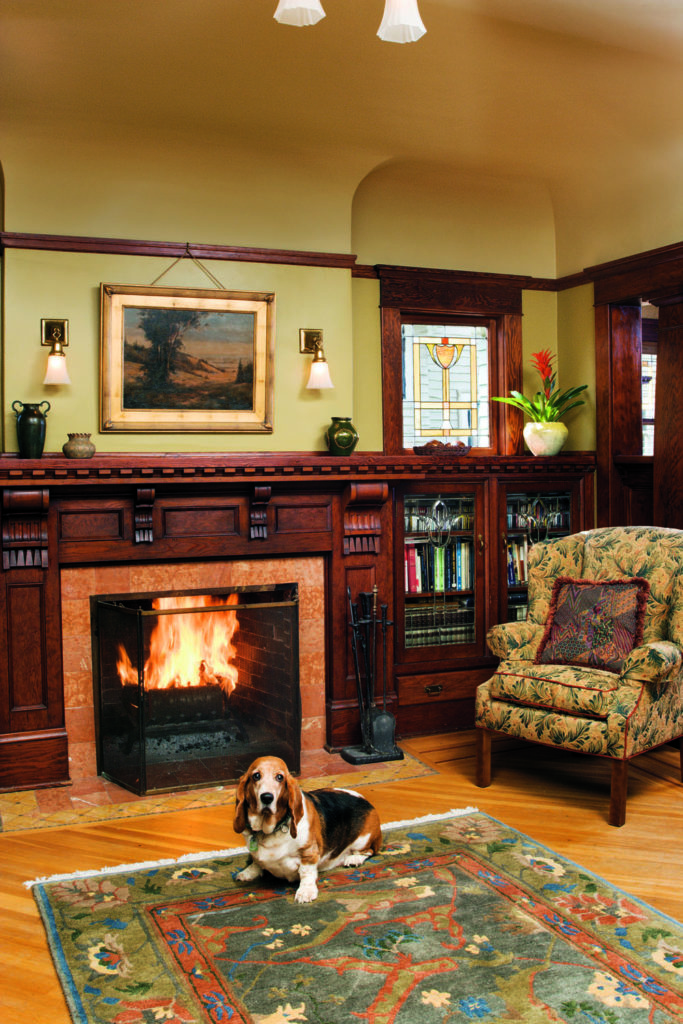 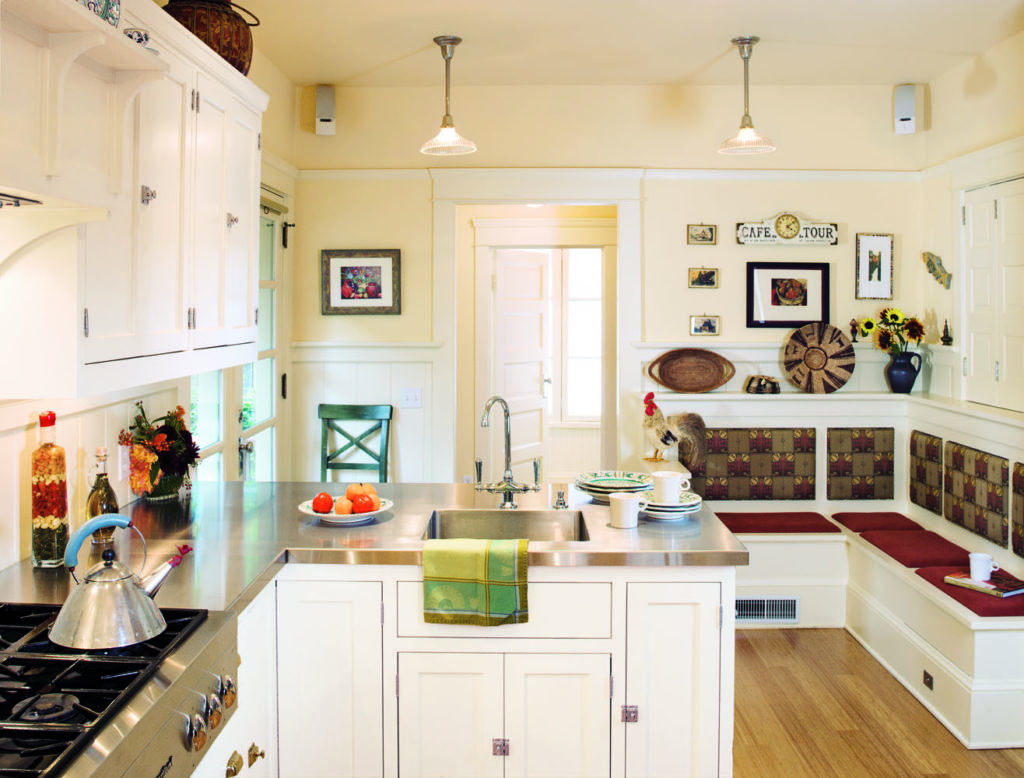