When young newlyweds Ralph and Pamela Krainik moved into their 1860 Gothic Revival house in Baraboo, Wisconsin, in 1966, “We had something ahead of us, but we didn’t know quite what yet,” says Ralph. All their furniture fit in the back of an old Chevy pickup; it filled half the dining room. The other 16 rooms stood empty.

The landmark known locally as Seven Gables is a two-story Gothic Revival beauty built when this area was still the frontier. Pamela notes that an early newspaper article referred to it as “Baraboo’s most elegant residence.” The Krainiks paid $14,600 for the deteriorating house. “We had three attributes that helped: youth, naiveté . . . and we were penniless, which was good because we would’ve done things we would’ve regretted,” Pamela says. “In the ’60s, Victorian homes were being remuddled, not restored.” Instead, they took it slow. More than four decades later, Pamela (a retired nurse) and Ralph (an attorney and real-estate developer) have completed 95 percent of the restoration, most of it themselves. They hired professionals for the electrical, plumbing, and furnace work, and their handy friend Paul Wolter, who is president of the Sauk County Historical Society, helped them with the more complicated carpentry projects. 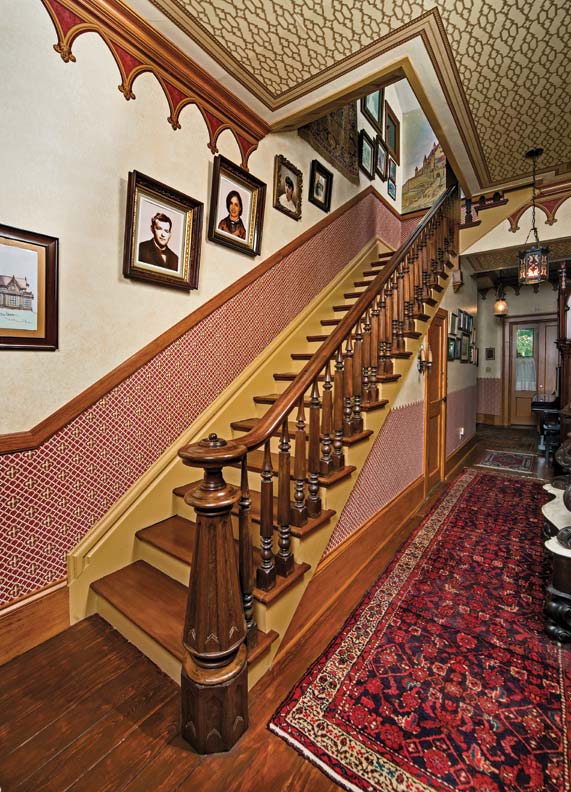 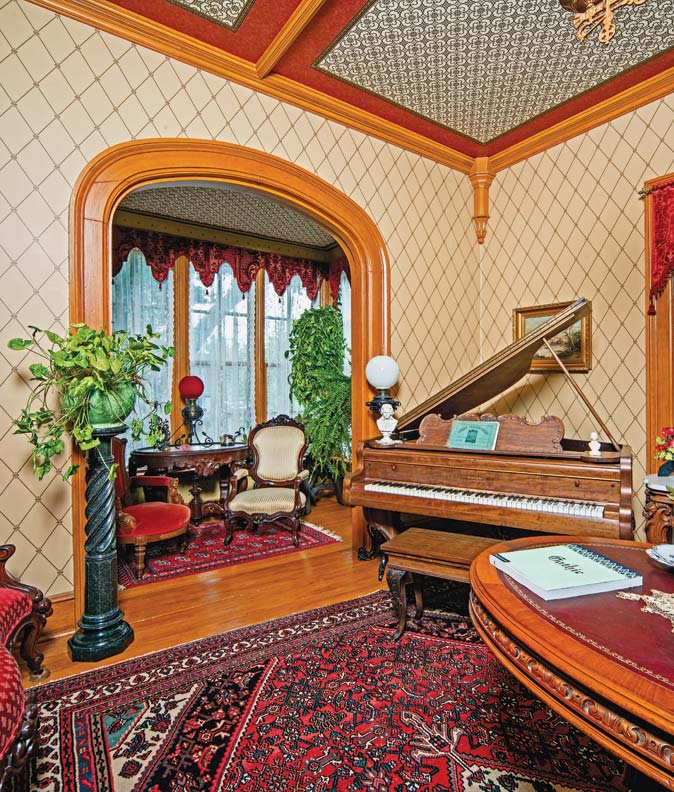 Their hard work paid off. The house was recently highlighted in the Wisconsin State Historical Society’s book Wisconsin’s Own: Twenty Remarkable Homes, for which they were picked from a pool of 1,500 historic houses.

Back in 1966, the real-estate agents claimed the house had new paint, plumbing, wiring, and roofing, but “there wasn’t an ounce of truth in any of it,” Ralph says. Instead, they found exposed knob-and-tube wiring, a leaky roof and flood-prone basement, and a curious interior paint job—the previous owners hadn’t bothered to move furniture when they painted the woodwork white.

As the couple dug deeper into the home’s history and discovered new resources about Victorian restoration, they found themselves making more authentic choices. They delved into the pattern books of Andrew Jackson Downing, the designer and writer who advanced Gothic Revival and other cottage styles. In 1980 they toured antebellum houses in Natchez, Mississippi, and “that was what really inspired us to get serious,” Pamela says.

Initially, they left the woodwork white. “We didn’t question it until we started touring historic homes and started seeing faux graining,” Ralph says. “I got intrigued and wanted to try it. It’s a kind of folk art.”

The process turned out to be easier than he’d hoped, and saved him from stripping all the white paint. He primed the woodwork with a base coat and used Old Masters wiping stain and varnish, using different tools to get different effects. The couple later discovered samples of original faux graining that guided Ralph’s efforts on the rest of the woodwork and some floors.

The staircase was another major project. “When we bought the house it had a Colonial Revival staircase, and we always knew that wasn’t right,” Ralph says. “It was an early 1900s style, and we thought, ‘Why would they have replaced it?’” They learned it was probably a casualty of a 1914 fire. They found a more appropriate railing and newel post in a New Orleans antiques store and paired them with walnut balusters salvaged from a Milwaukee mansion that was being torn down. They also turned bun feet meant for sofas into finials.

More work awaited upstairs. One of the bedrooms “had more plaster on the floor than on the ceiling,” Pamela says. Half of the wide-plank pine floor was covered in tile; the other half was painted. In the closet of that room, they found two layers of wallpaper hidden under paint. The top layer had a pattern number dating it to 1880–1895, so they assume the bottom layer was the original wallpaper. They chose a new pattern that echoes the design and framed a photograph of the original.

The house is now done up in authentic Victorian wallpaper patterns from Bradbury & Bradbury. “They are just staggeringly beautiful,” says Ralph, who hung all the paper himself. For the music room/parlor, they chose a diaper pattern (in this case, repeating diamonds) reminiscent of the style of A.W.N. Pugin, father of the Victorian Gothic Revival.

In recent years, the Krainiks also papered the ceilings. “We tried not to over-embellish,” Pamela says, but knowing that the house’s original owner was quite wealthy, they felt justified in adding a few flourishes. To the parlor ceiling, they added beams and pendants, modeling it after a picture of a simple Gothic ceiling in one of Downing’s pattern books. They used Lincrusta–Walton, a historic embossed material similar to linoleum, on the dining-room ceiling to cover badly cracked plaster. “Lincrusta covers a multitude of sins, and it’s also much less expensive than wallpaper,” Ralph says.

A more recent project has been the kitchen, which the couple had renovated in the 1970s. Now the upper cabinets are gone, replaced by open shelving, and the pine floors, formerly hidden under linoleum, have been refinished. The next project is to repair the rot in the 152-year-old porch decking.

The Krainiks have filled rooms with Victorian-era furniture ca. 1860–1880, including several Bradley & Hubbard light fixtures, mostly purchased at auctions. Over the years they’ve upgraded the collection, which has allowed them to purchase good pieces they couldn’t have afforded earlier.

“One thing we learned early on was that it’s best for one’s marriage, to say nothing for the budget, to do one room at a time,” Pamela says. “Don’t have your entire house in a mess for eons. Concentrate on one room, and that way you can have the rest of the house, and you won’t get overwhelmed.”

It’s an approach that has served them—and Seven Gables—well for nearly a half century.

A New Greek Revival Style House on the Prairie

Craftsman Makeover for a California Bungalow