Liberty hall is one of the finest examples of late Georgian- to early Federal-era architecture in Kentucky. It features a three-bay center block with lovely symmetry: the lunette in the pediment’s tympanum is over the Palladian window, which crowns the entry featuring colonnettes and a fanlight window. The classical cornice extends across the façade. Brick chimneys are topped in the manner of mid-18th-century Virginia houses.

Original owner John Brown was one of two of Kentucky’s first United States Senators. It’s possible that Brown himself designed the sophisticated house, which was named after Liberty Hall Academy, where Brown’s father was educated. The exterior is of brick, perhaps fired locally from clay dug on site.

A lawyer educated at Princeton and William and Mary, Brown was already in the U.S. Senate when he married Margaretta Mason in 1799. The house was begun in 1796; the family moved in 1801, before construction was complete. The house boasted an enormous ballroom on the second floor, which would be divided into smaller rooms in 1818. A separate kitchen and smokehouse were built.

Meticulous restoration, exterior and interior, followed paint analysis and primary-sources research begun in 2007. In 2011, new HVAC systems were installed, funded by a Saving America’s Treasures grant. An anonymous donation allowed the reproduction of historical wallpapers, carpets, and window dressings. Rabbit Goody, a noted textile historian and weaver, created fabric patterns based on early 19th-century patterns. She also wove the rug in the back bedroom.

The Formal Parlor is hung with a reproduction of wallpaper in the ‘Laurel Harlequin’ pattern, which was found in a Boston home ca. 1811–1817. The pattern was popularized in France; many American printers of the time used such patterns, following the taste for everything French. Wall-to-wall carpeting in the ‘Laurel and Urn Medallion’ design (1815, I. Arbuthnot) was reproduced in England.

In the dining room, the wallpaper is a French chevron-and-laurel pattern, ca. 1820–30, reproduced from a home in New York. (Wallpapers were reproduced by Adelphi Paper Hangings.) The 300-piece Old Paris-style dinner service was purchased by Mason Brown, the son of Senator John Brown, in New Orleans in 1844. Half the furniture on display in the house was owned by the Brown family, and many pieces are from Kentucky, several made in Frankfort.

Before his death in 1837, Brown divided the property between his two surviving sons, passing Liberty Hall to Mason and building a new house (in Greek Revival style) for Orlando. Today both houses are owned and operated as museums by the National Society of Colonial Dames of America in the Commonwealth of Kentucky (more at libertyhall.org). 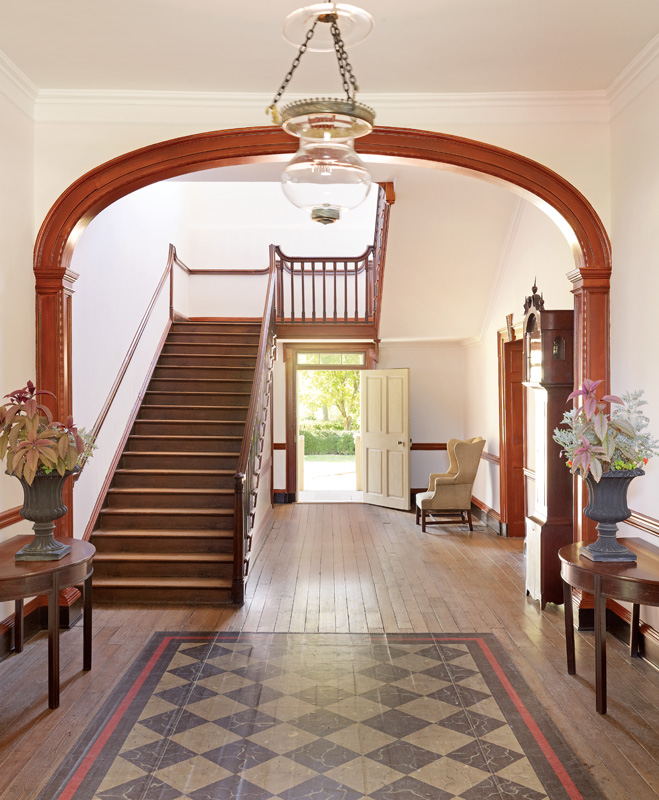 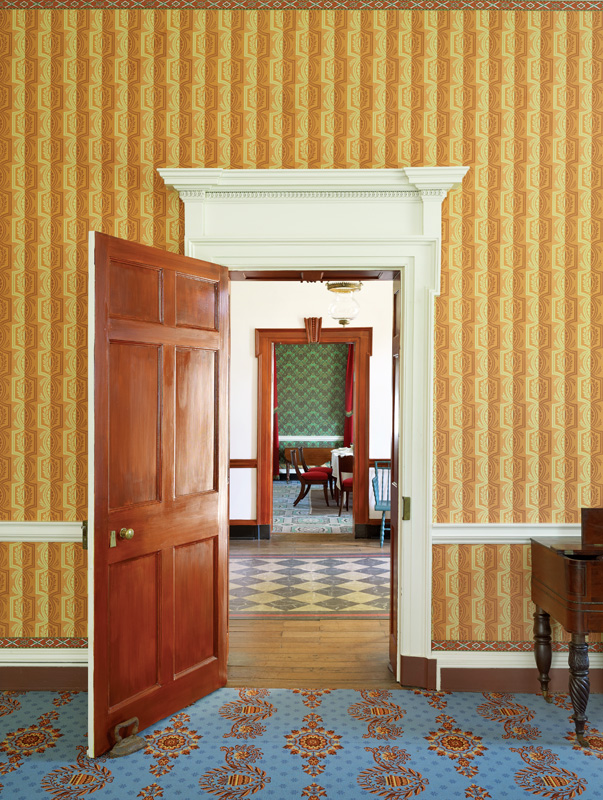 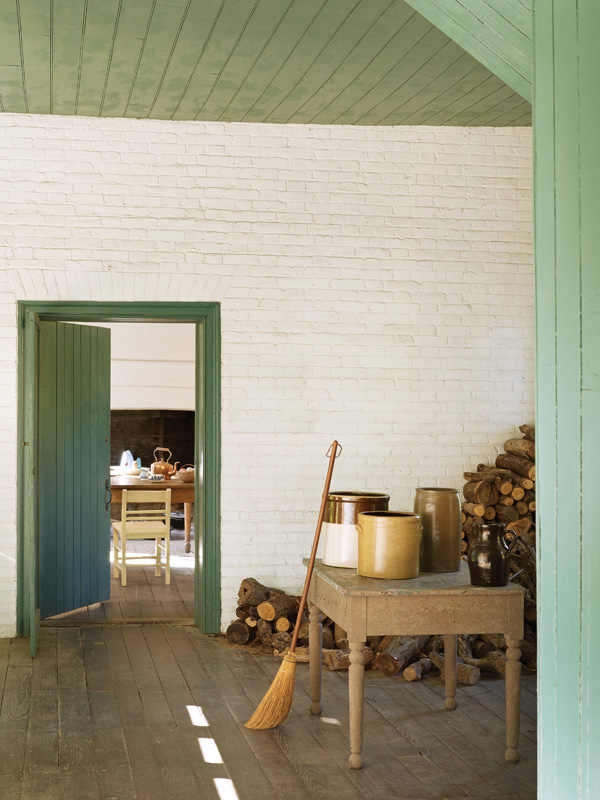 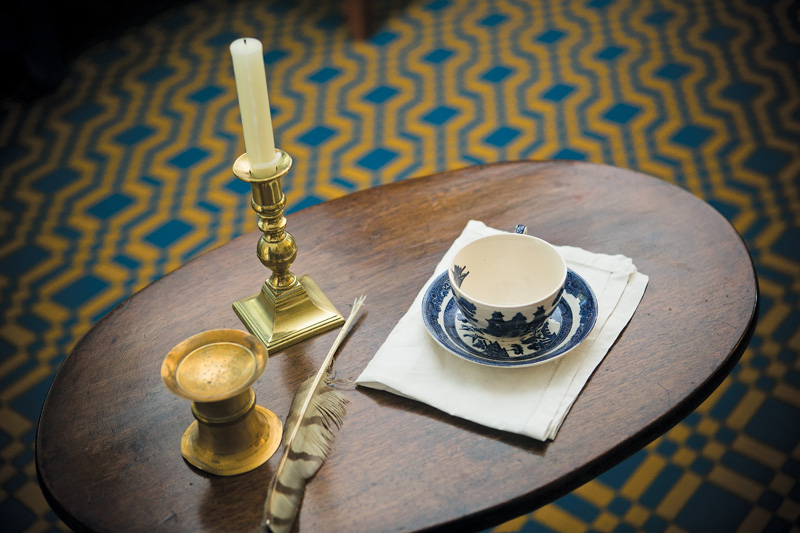