You would be like countless passers-by if you mistook the Saltbox nestled at the side of a rural New Hampshire road for a 300-year-old survivor. From its restrained, elegant center entry to the nine-over-six windows and brown-stained clapboards, the house speaks the language of New England’s colonial architecture.

And once inside, you still wouldn’t be sure—does the house date to 1720, rather than 1977 (the truth)? The classic hall-and-parlor plan and period furnishings reinforce the illusion. Architecture connoisseurs, however, would ask: Where is the massive central chimney?

“It’s not finished yet,” says homeowner and builder Bob Hood, who has lived here with his wife, Marilyn, for more than 30 years. “I want a traditional front staircase, and I left room for it.” He points to his office, which is tucked into a second-story alcove between two front-facing bedrooms. “When you’re an amateur building a house from scratch, what you lack in skill, you make up for by going slow.” 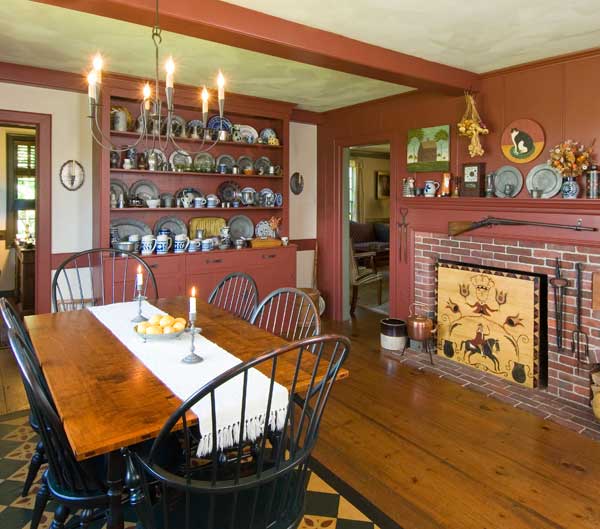 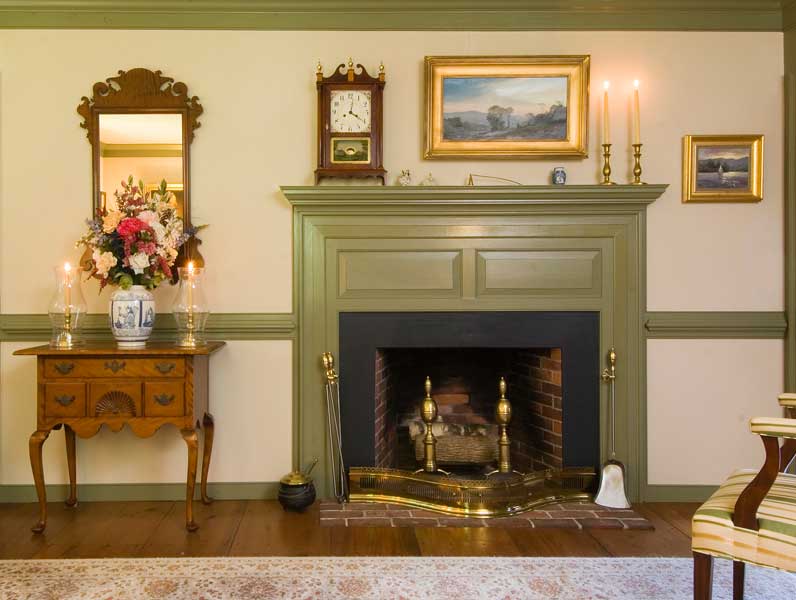 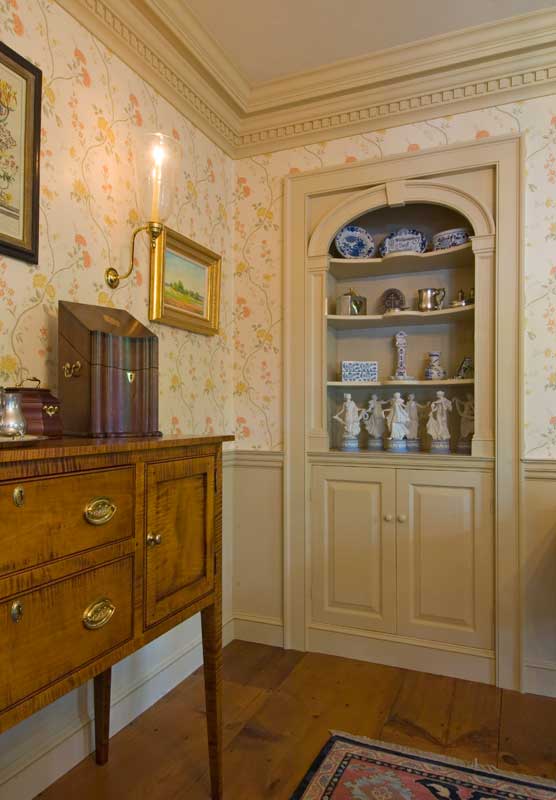 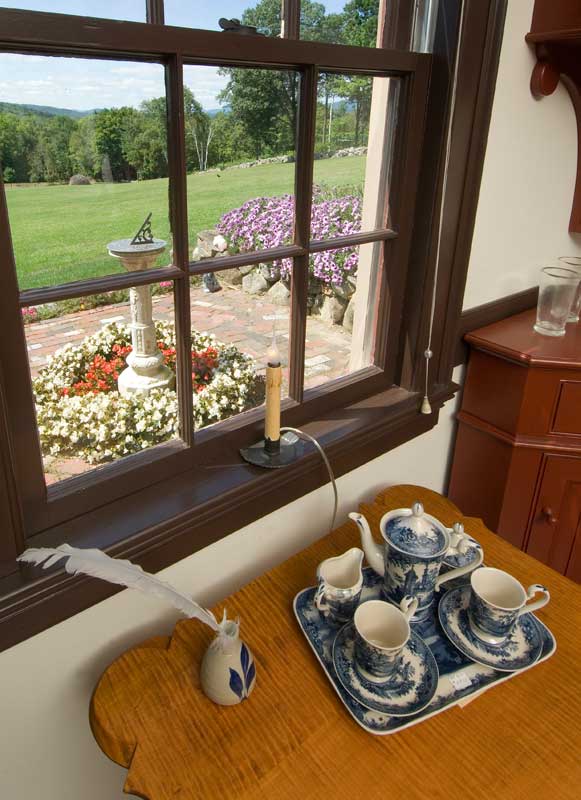 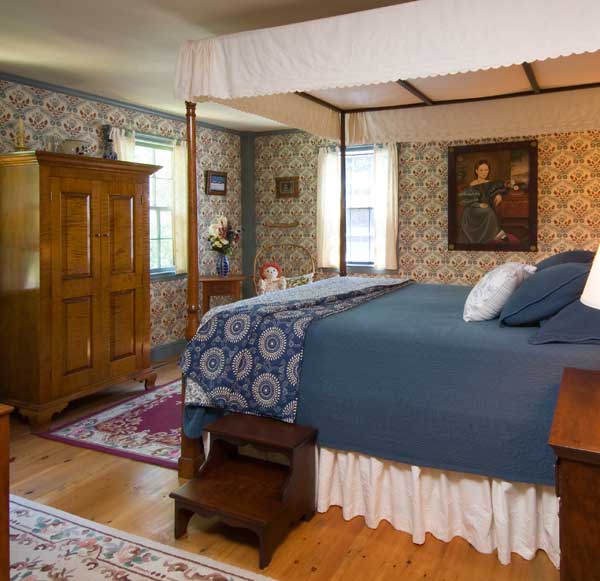 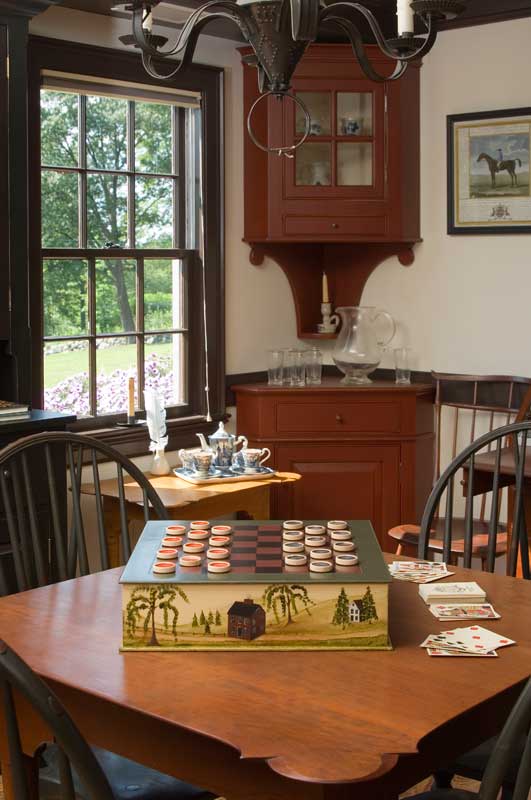 Bob and Marilyn describe themselves as lifelong lovers of 18th- and early 19th-century American history, architecture, and furnishings. “For our honeymoon, we went to Colonial Williamsburg,” they laugh. The couple parlayed their passion into a business that sells high-quality reproductions of period furniture, lighting, floor coverings, clocks, and hardware. Their home serves as a gallery and showrooms, as well as an ongoing building project.

Bob explains, “I always loved Saltboxes, and I wanted to build a reproduction house.” He got help when erecting the frame, which consists of post-and-beam-built 2x4s, instead of historically accurate (and massive) timber framing. “I called in professionals for the plumbing, heating, and masonry, then I did all the rest: sheathing, flooring, paneling, moldings, and windows. It took longer than I thought it would,” he adds with Yankee understatement.

He did, however, build the closets before moving in. “If you don’t finish the closets at first, you never do,” Bob says. “We moved into a shell; when I’m not working my day job, I’m busy on the house.” Apart from the center chimney-wrapping staircase, though, the house is finished; Bob has spent recent months clearing trees from the field in back, enhancing a long, gorgeous view of the White Mountains.