Just 15 miles west of Philadelphia on the old Pennsylvania Railroad Main Line, this town has an enviable location—and late Victorian, Craftsman, and Colonial Revival houses by such architectural firms as Boyd & Boyd, Brown & Day, and Horace Trumbauer. North Wayne, in fact, was the first major contract awarded to Frank Price and his 26-year-old brother Will. On either side of the 1885 station are the two historic districts known as North and South Wayne. South Wayne, begun in the 1880s by Drexel and Childs, grew slowly. It accommodated big, expensive houses set on winding streets that follow the uneven topography. North Wayne, built on flat land more quickly after 1887, was laid out in a grid and offered middle-class houses of moderate price. 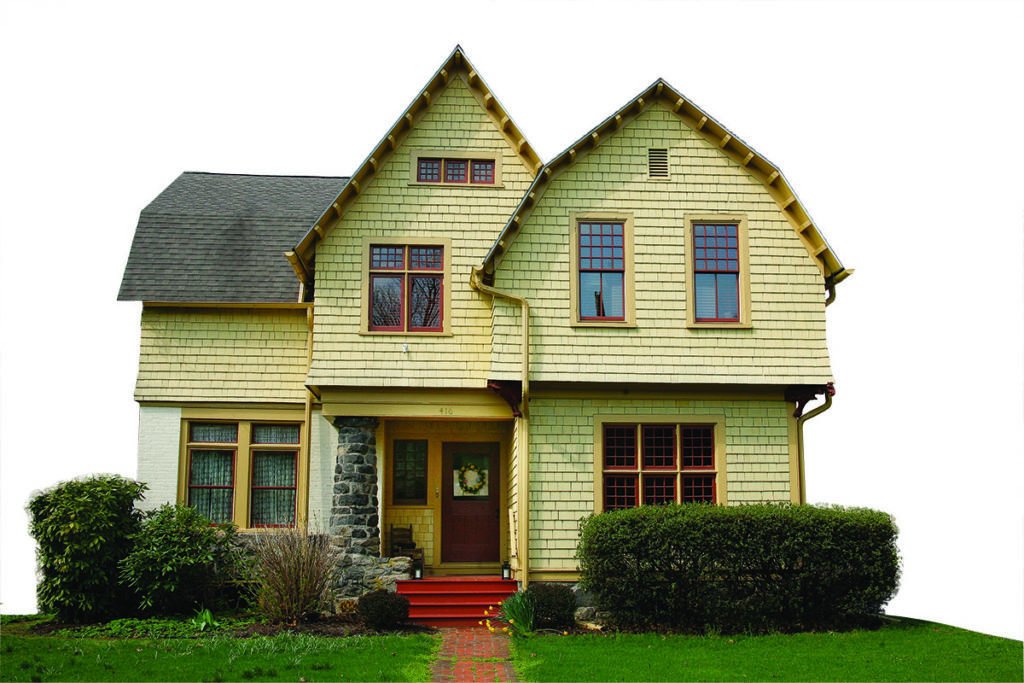 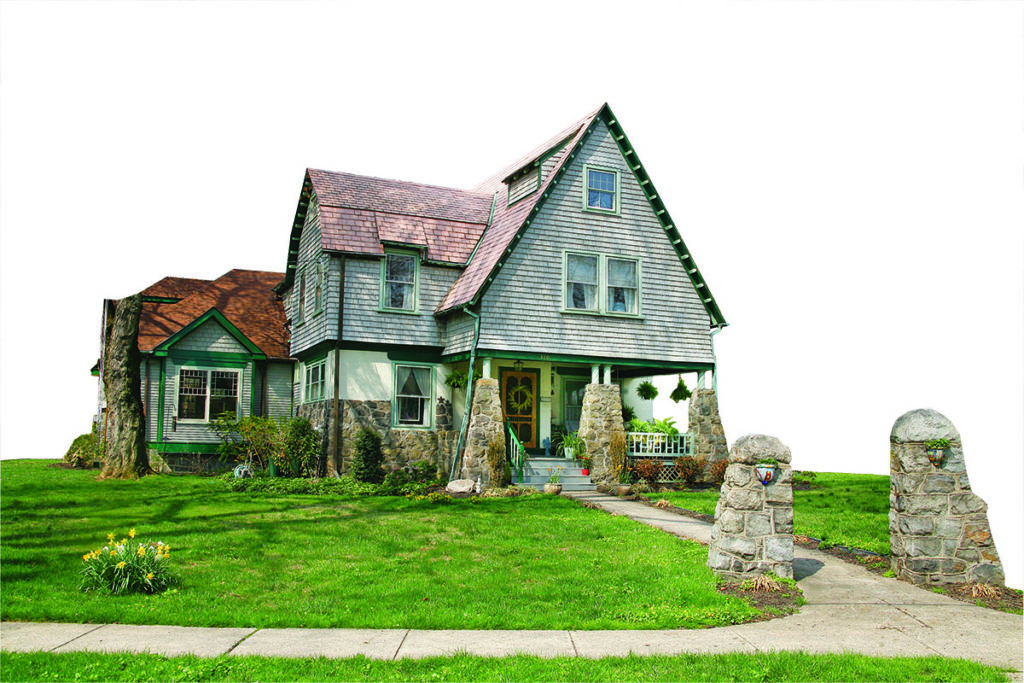 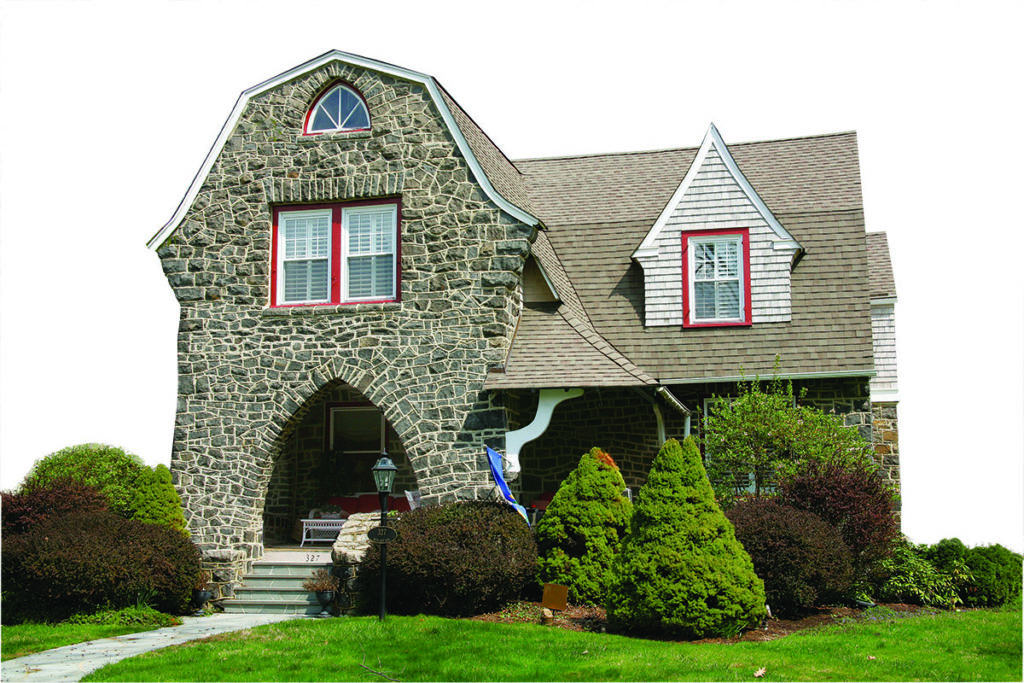 Arts & Crafts Transition
The 1890 brochure advertising Wayne houses called this model Bruin Lodge; it was designed by Frank L. Price and William Lightfoot Price, the prominent Philadelphia architects working for developer–builders Wendell & Smith. The massing suggests Queen Anne style, but picturesque windows and piers allude to an Arts & Crafts aesthetic. Will Price, who developed an arts community at Rose Valley, was an important figure in the American movement.

Steep Roofs
The Price brothers designed seven models from which 53 houses were built. This one was published in 1891 as Pillar House. Several variations of the basic design were offered, each emphasizing porch pillars (of different designs) supporting steep gables. This example has a gambrel cross gable. Walls of stone, stucco, or shingles supported gables shingled in wood.

B House in Rubble Stone
Some models in the 1890 Wayne brochure were assigned letters instead of names. This unique design, another blending of Queen Anne and Arts & Crafts, was simply “B.” Several variations of the B house were built in the two historic districts that straddle the old Paoli commuter railroad tracks. 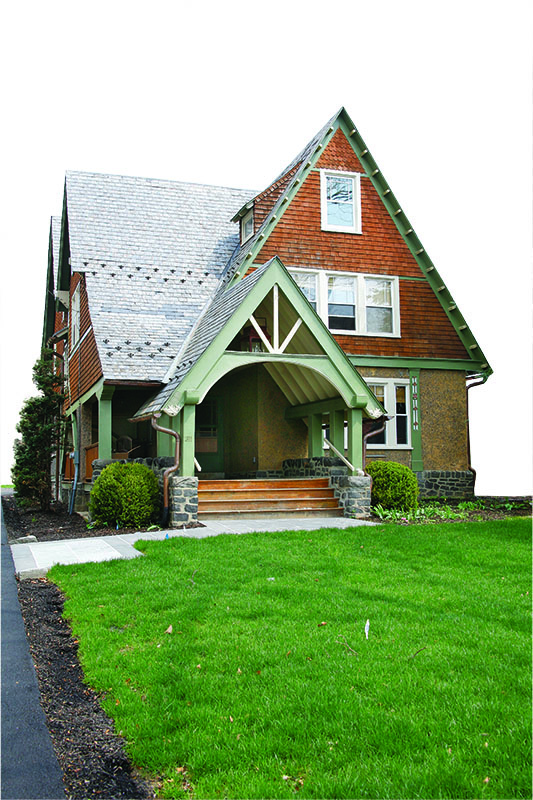 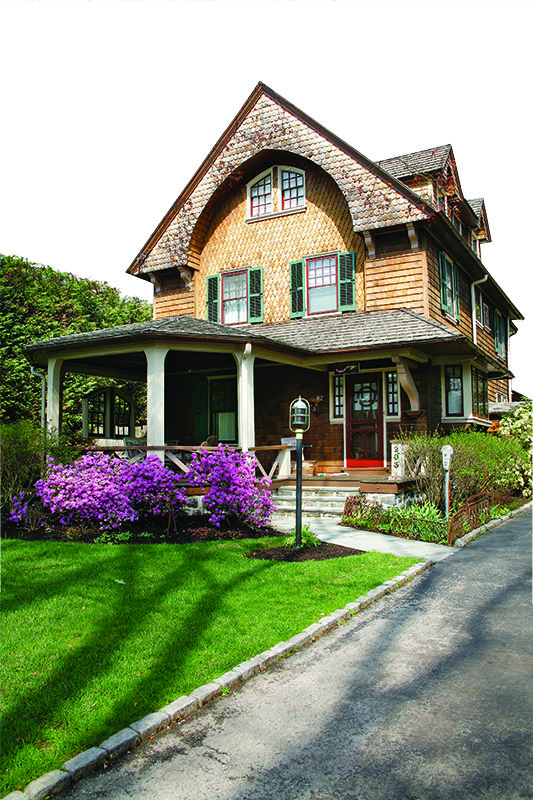 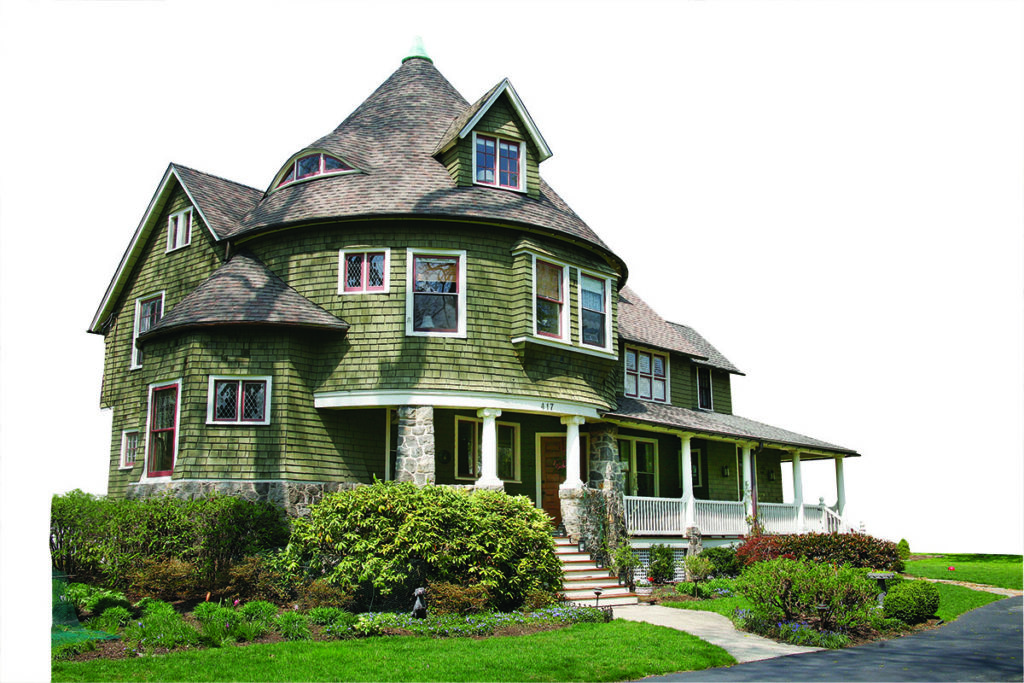 Horseshoe Arch
Developers Wendell & Smith commissioned other architects, too, to design houses for Wayne.One was Lawrence Visscher Boyd of Philadelphia, who designed this Shingle Style house featuring a horseshoe arch on the gable. The use of multiple shingle patterns on the façade, as well as a prominent multi-sided front porch and a pent eave over the entry, contribute to the picturesque mood.

Expansive Turret
The aptly named Tower House is one of the early Price designs. This one in quiet, tree-shaded North Wayne has, like a handful of houses, a large, rounded corner with a conical roof; others were built with a smaller, taller tower. The round tower shades the verandah. This Queen Anne design is enriched by the bay that echoes the tower design, and a rectangular oriel in the second storey over the entry.

“Growing up in Wayne was what inspired me to pursue a career in historic preservation.”
-Greg Pritchard