When fourth-generation Californian Michael Burch was a boy, after church on Sundays his family took long drives through Pasadena and San Marino, towns populated with houses built during the 1920s and ‘30s, the Golden Age of Spanish Colonial and Mediterranean Revival styles in Southern California.

“I grew up looking at great houses designed by Wallace Neff and George Washington Smith,” says Burch, citing two of the most notable twentieth-century architects of the Spanish Colonial Revival Style. Burch’s wife and business partner, Diane Wilk, summered as a kid in Lake Arrowhead, where she played in the grand French Norman-style homes of her neighbors. “My first exposure [to these houses] at six years old got me to appreciate what good architecture is,” says Wilk.

Burch and Wilk met as graduate students of architecture at Yale. As was customary, they trained as modernists, but when they moved back to California they both felt strongly that they wanted to celebrate the houses that were indigenous to the local climate and setting and that stirred a passion in them. For 30 years, their specialty has been the Spanish Colonial and Mediterranean Revival styles that epitomize Southern California vernacular. Not only are they masters at reproducing the iconic look of these houses—clay tile roofs, round arch openings, carved wooden doors—but they are also expert at conjuring the visceral qualities that imbue the structures with romance.

It was when they were living in one such home they’d spent two-and-a-half years remodeling that they spotted another and were smitten. It was built by Arthur Kelly, who, although not as famous as his counterparts, designed and built more than 500 Tudor Revival and Spanish Colonial Revival houses, most notably the Westlake School for Girls in Bel-Air, the Wilshire Country Club in Hancock Park and the Arthur Letts, Jr., estate in Holmby Hills, better known as the Playboy Mansion.

This house was much more modest. A three-bed, two-bath, and completely overgrown by trees and shrubs, the one-story home in the foothills of Los Angeles spoke to them, and they jumped on it as soon as it came on the market. Not only was it the house Arthur Kelly built for himself in 1925, but also they learned that Kelly had designed a house Burch’s grandfather (a builder) had built and lived in. The two men had even worked together on the Westlake School—kismet that gave Burch and Wilk even stronger incentive to take on the project.

Initially, they had relatively simple plans for Kelly’s 2,300-square-foot birthplace overlooking downtown Los Angeles. But when they learned Wilk was pregnant with triplets, they came up with a redesign that doubled the size of the house by adding a second story and basement—space for an office, a powder room, a second master bedroom, a library, a study and a family room. They also added Spanish gardens, fountains and a pool.

Looking straight on at the house, “everything to the right of the tower is new, and everything to the left is old,” explains Wilk of the stucco façade that to the untrained eye appears to have all been constructed at the same time. It is easier to see the additions when looking at the back of the house, where there are two new floors. “We built above and below the original house without disturbing Kelly’s footprint,” says Burch.

Inside, the new rooms blend organically with the original house. Ranging from their general configuration right down to the visual feast of details they hold, the rooms “exude charm, gracefulness and beauty,” says Burch. “We’re not restoration architects,” he is quick to point out. “Our focus is working ‘in the style.’”

The living room and dining room are the only areas of the house that are original to the 1925 structure. Here, original stenciling, hardware and light fixtures all remain, along with untouched, recessed painted door panels. Intricate, painted beams with carved rams’ heads adorn the living room. Original oak floors are covered with period-appropriate rugs.

They have maintained Spanish Colonial Revival integrity throughout the entire house, where the new rooms sport arched, vaulted or wood-beamed ceilings and where stenciling on new door panels matches the originals. Although Burch has taught architecture and has renovated two George Washington Smith houses, it is his lifetime of observation—“Just looking at the houses in Southern California, where this was the only style for 20 years”—tthat he credits most for his eye for reproducing authentic details. Or, as Wilk puts it, we “absorb the language of the style and understand its rules.”

The language of Spanish Colonial Revival is romantic, and so it follows that the rules are more relaxed than for other architectural styles. “This style doesn’t announce to you where the rooms are situated,” says Burch, who offers the example of an Andalusian farmhouse whose simple forms can be put together in many different ways. “Spanish Colonial Revival has much more formal abstraction than the other styles.” This is not to say, however, that the level of craft and detail in a Burch-Wilk project is anything short of remarkable.

Take the extensive use of Tunisian tile, for example. In the 1920s when this revival style became popular shortly after the Panama-California Exposition held in San Diego, architect George Washington Smith sought out Tunis artisan Jacob Chemla for his tiles made in the old Arabic style. The demand in the States became so great that a new industry sprung up to meet the demand for these tiles based on North African designs. For the Kelly house, Burch and Wilk sourced decorative Tunisian tile from the same factory Kelly and his contemporaries used. “The bathrooms look like rooms in an Andalusian palace,” says Burch, noting the tile wainscoting. “It is new tile, but how it is used is old.”

For Burch and Wilk, creating the appropriate mood goes way beyond archival research and culling antiques. “You can paint with light,” says Wilk, referring to how shadows move through the day, creating not only tonal gradations on the unadorned white expanses of plaster but also a sense of motion from dawn to dusk. Complementing the heightened drama of light and shadow is the flow of space between inside and out typical of these Spanish Colonial Revival homes where lush courtyard gardens abound.

“Although sometimes denigrated as sentimental nostalgia, the Spanish Colonial and Mediterranean Revival Styles have been enduringly successful,” states Burch at the end of his firm’s 13th International Venice Architecture Biennale presentation, “because they satisfy the emotional needs of tradition, a sense of place and romance.” Whether or not, he might add, it’s an old house or a new old house. 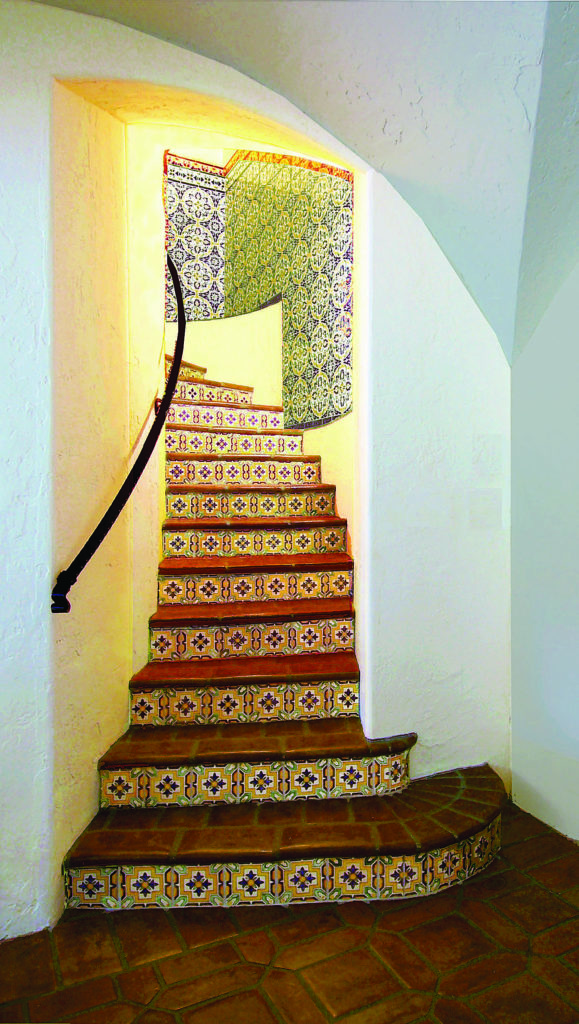 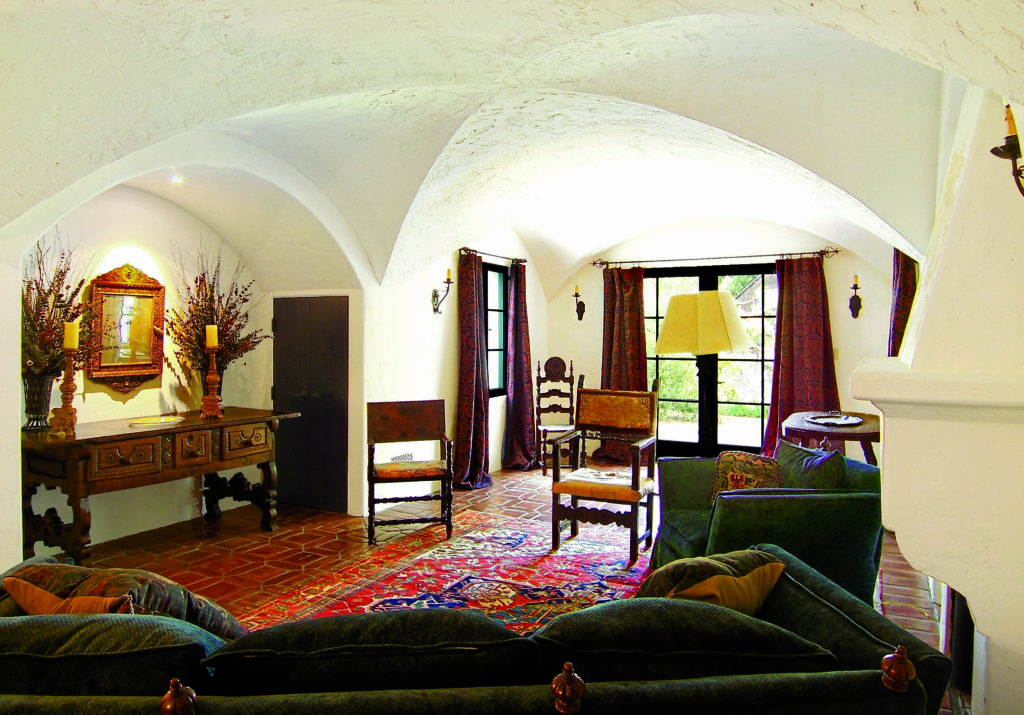 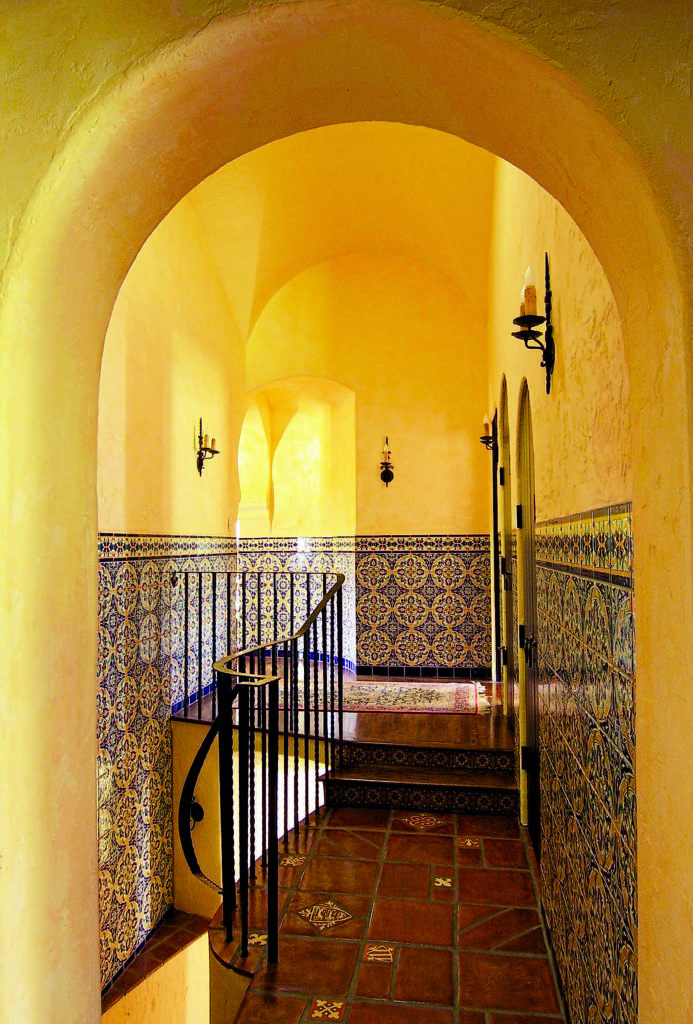 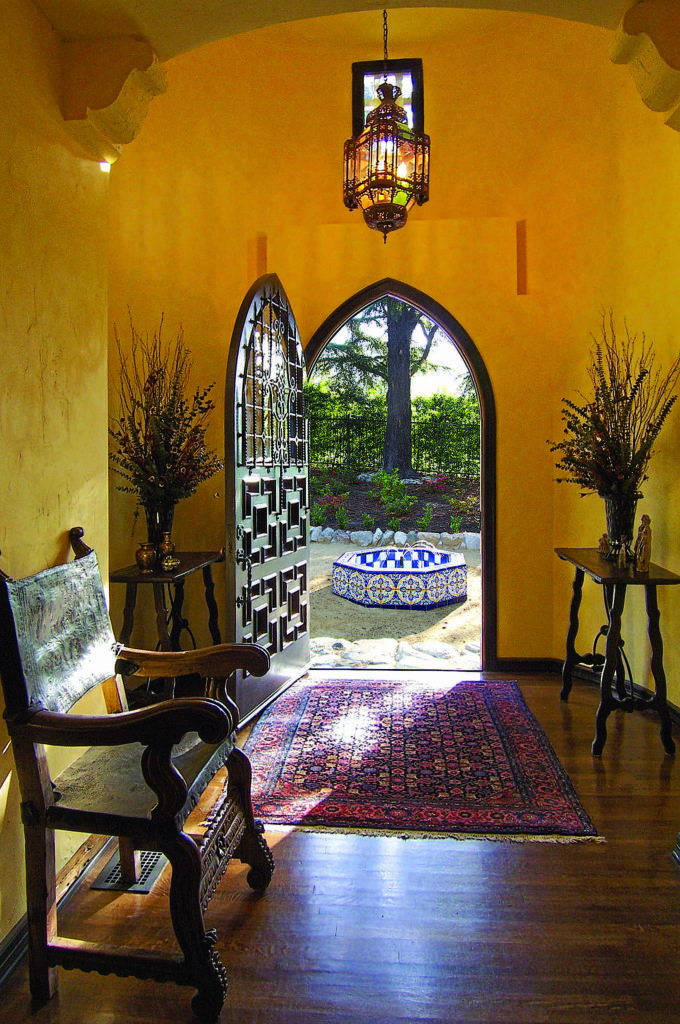 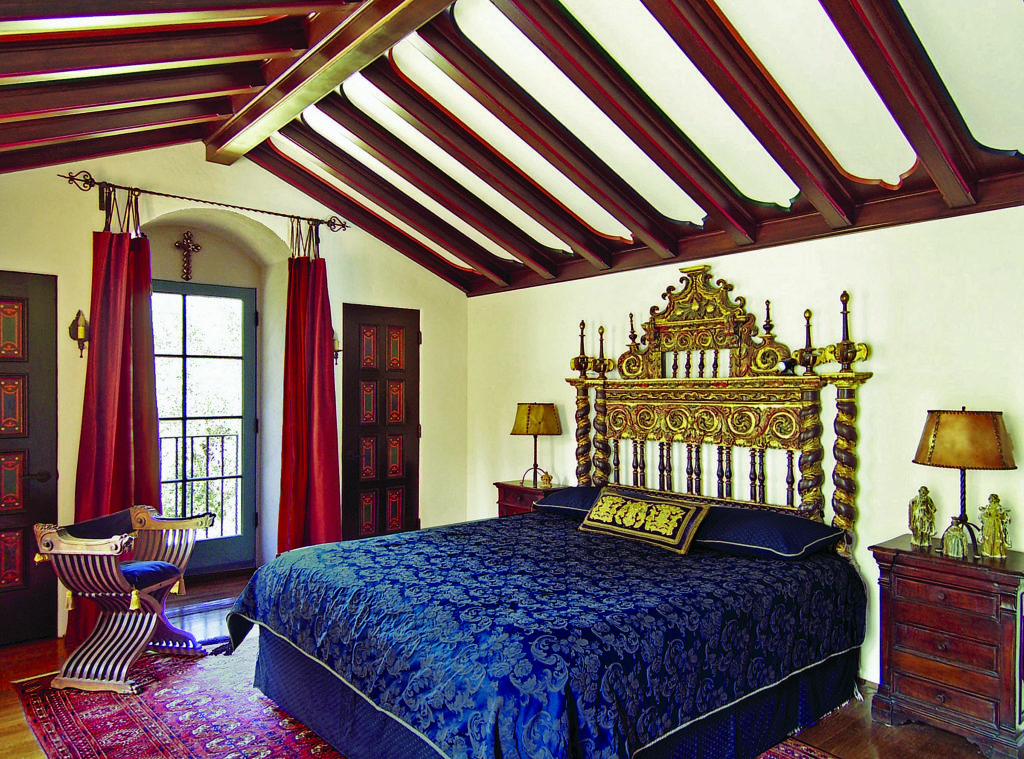 Janice Rohlf is a freelance writer living in Massachusetts.