Pen Marc’h takes its name from an ancient town in Brittany, where Charlie Milot sailed traditional Breton boats in his youth.

This activity developed an appreciation for history, the sea, and fine craftsmanship and has always inspired Charlie and his wife, Maria, in their adventures with houses. First, with a Colonial house in Duxbury, Massachusetts, and then in a Gothic Revival villa in Bristol, Rhode Island, the couple gained an intimate understanding of the scale and ornamental richness of old buildings.

When it came time for them to create a new house, they worked with architect David Andreozzi to produce something truly remarkable, a design that integrates historic forms and finely crafted details with modern planning. The result is Pen Marc’h, a modern interpretation of a Shingle-style bungalow in the Highlands of Bristol, an area of outstanding natural beauty with many late 19th- and early 20th-century wood and stone houses in an Arts & Crafts tradition.

“Throughout the project, we sought to balance the old with the new with an almost religious allegiance relating to the architectural fabric and cultural history around us. The result is an architecture of today with a solid connection to its roots,” says Andreozzi.

With sensitivity for the coastal location, the house is sited on the crest of a hill overlooking Narragansett Bay. It nestles organically in its setting, embracing the land and sea, with each façade relating to its specific function. The main façade is a formal affair, distinguished by a centrally placed entrance porch of classical columns and brackets, with a ceiling of complex intersecting beams. Atop the roof is a weathervane in the shape of an old Breton sailboat created by Metalworks of Tiverton, Rhode Island. In contrast to the formality of the front, the façade facing the bay is composed entirely of windows and doors affording views in every direction and access to a terrace and wooden pergola ideally suited for outdoor living. Arches of rough-hewn stone blocks support the terrace, each placed with exacting precision and enclosing a shaded porch below.

Stepping inside the front door, one enters a three-story hall culminating in a cupola allowing light to cascade into the space. The feeling is that of being aboard a ship, and the maritime atmosphere is intentional in the design, enhanced by the carved mahogany staircase featuring circular newel posts with rounded tops reminiscent of the stands and covers for compasses.

The entrance hall leads directly into the great room where one is immediately struck by the open plan and the wall of doors and windows leading onto the stone terrace. This space comprises sitting, dining and cooking zones, each made distinct by the different treatment of the beamed ceiling over each area. While the windows, beadboard, fireplace, kitchen cupboards, light fixtures and hardware of the great room are historically based, the openness of this communal space is entirely contemporary and based on the needs of functional modern living. One room, however, does not rely on openness, but on a sense of quiet enclosure. The library, just off the living area, is a masterpiece of woodwork. Built-in bookcases, fine walnut paneling, a corner fireplace, moldings and beadboard ceiling are all treated in a monochromatic brown-toned color palette, creating a handsome, classic gentlemen’s retreat.

“My favorite room is the library. It is a strong place that evokes in me a sense of stepping into an elegant era. I truly appreciate the details of the space. The warm wood, the moldings, pocket doors, the fireplace, and all the secret panels combine to create a noble yet comfortable atmosphere,” says Maria Milot.

Service areas off the kitchen were deftly developed by the architect as a series of interlocking spaces providing convenient entry and storage. Doors are filled with hand-blown glass, allowing light to penetrate while obscuring the contents of the pantry and other work rooms. Second floor bedrooms, baths, and closets each have distinct ceilings with slanted corners and coves, all to create the feeling of an old New England bungalow with a variety of gables and eaves creating unique room shapes.

What is old is new again at Pen Marc’h, a house conceived, planned, and built with features inspired by the past. This modern-day bungalow is a superb example of how history and setting may inform a design that is also fresh, contemporary, and expertly crafted. 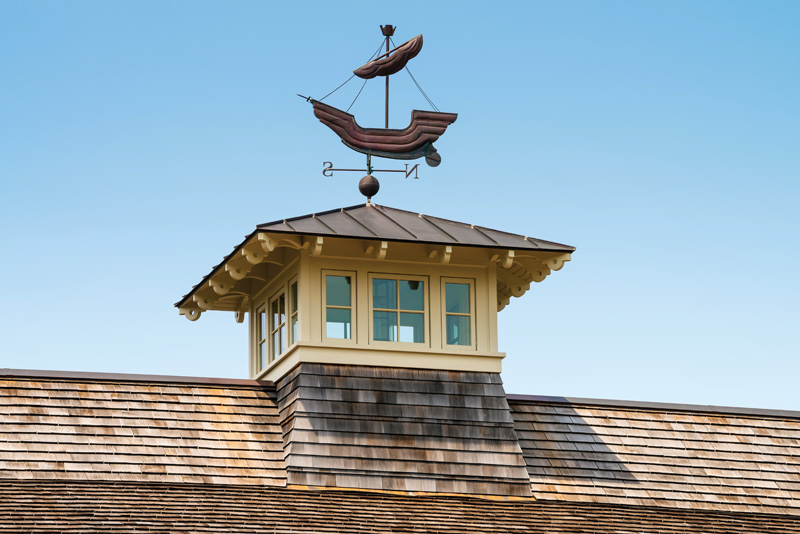 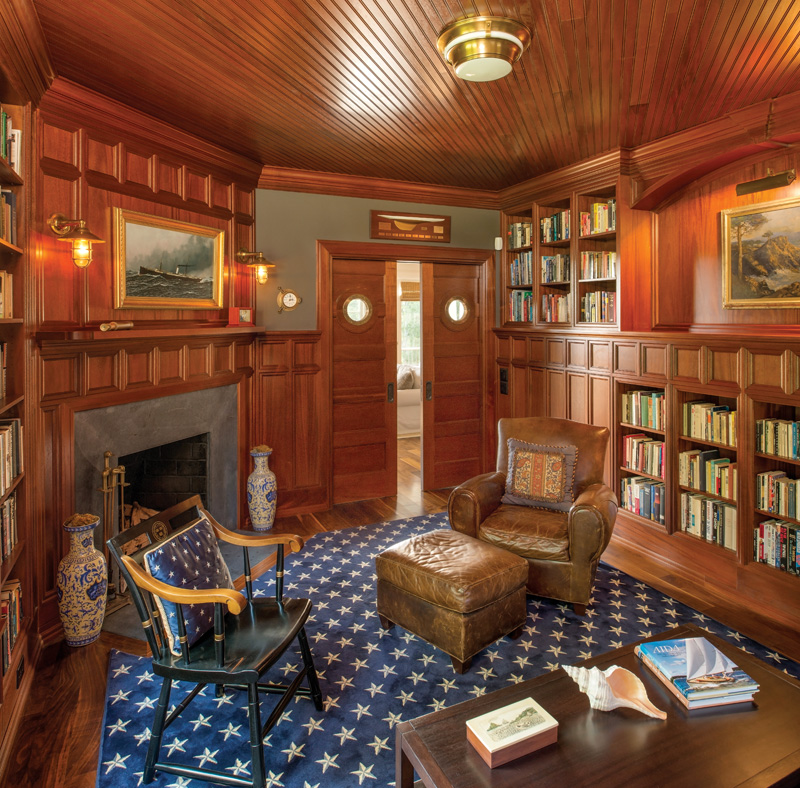 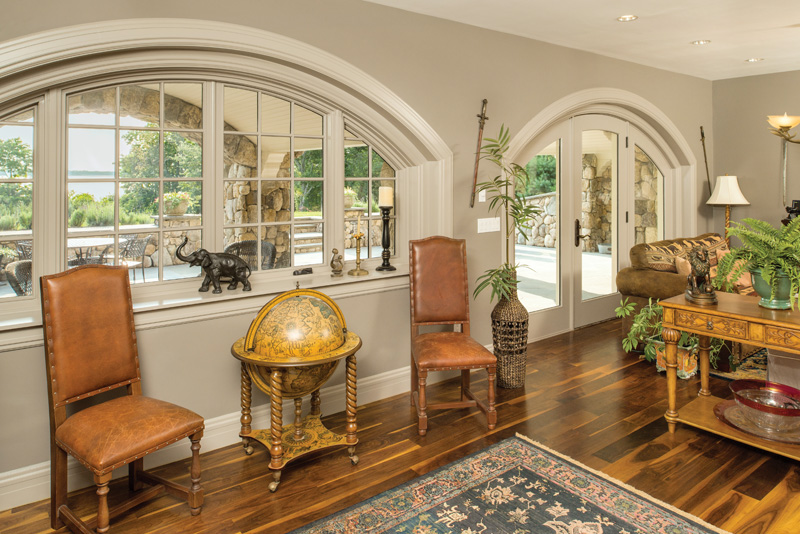